Read Betrayal of the Dove (Men of Action) Online

Betrayal of the Dove (Men of Action) 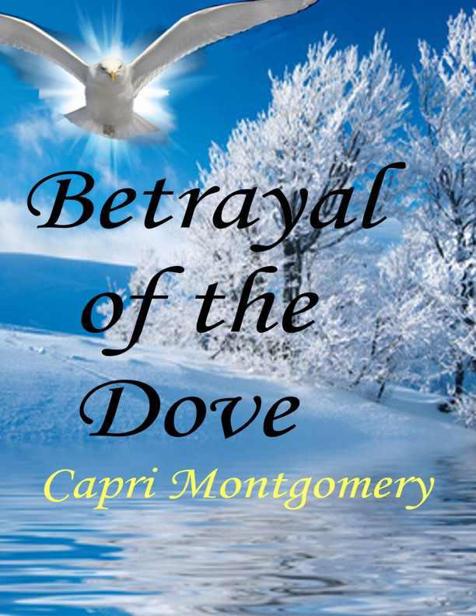 Betrayal of the Dove is a work of fiction. Names, characters, places, and incidents either are the product of the author’s imagination or used fictitiously. Any resemblance to actual persons, living or dead, business establishments, event or locales is entirely coincidental.

Thank you, Barb, for catching the mistakes I missed. Your assistance with editing has been wonderful.

Thanks to all of my readers for showing your support for my work by buying, reading and keeping my books on your shelf/kindle/nook or other reading device. You all are amazing.

Shadow Hills: For the Love of June

Betrayal of the Dove

Shadow Hills: M is for Murder

“R
etired Navy SEAL; special ops, security and weapons expert.” Alyssa looked over Shane Maxwell’s curriculum vitae. “Are you sure you’re in the right place?” This man should have been applying at companies like Lockheed Martin or something like it. The man was amazing—on paper anyway. “Look, you’re…wow…you should be applying for work at some government sponsored company or something. You’re,” she hesitated. “I hated when people would say this to me, but…my God man you’re over qualified.”

He smiled at her and shifted into a more relaxed version of an at ease position. Alyssa had seen her brothers use the same stance enough to know the position. He was getting comfortable, but he was still all business. “When it comes to security there’s no such thing as overqualified,” he said evenly. The deep tone of his voice vibrated through her. “For instance I’ve been in here less than five minutes and I can already tell you that you need to update your camera, it covers the door and about seventy percent of the store, but anything that happens out of that range and there’s nothing to back you up. Your locks are substandard, which isn’t smart for a woman who lives above her store.”

“How did you know I live above my store?” It’s not like she advertised the flat upstairs as being her place to call home. She had even had the windows upstairs fitted with custom blinds and curtains so that she could have privacy. There was a plus to living above the store, but there was also a disadvantage. Her store was on the Row, a very busy, very upscale district in Scottsdale. During the night it calmed down because most things closed by nine, but that didn’t mean she ever really felt as if she had the luxury of privacy. It wasn’t a horrible setup, it just wasn’t ideal. She wanted a house with a really high brick wall fence, and a backyard where she could have a garden, maybe a gazebo with a swing…well, maybe not the gazebo, but a yard would be nice. Privacy would be nice. Unfortunately she worked with what she had and economically speaking this was all she could do for now.

“You’re a one woman show here. You bill all of your jewelry as your own creation, yet the only space you have that’s not attached to the store here is that little room back there. I’m guessing it’s probably about a ten by ten,” he averaged the size because she had the door closed, but he was right. It wasn’t much bigger than that. “You’re not using it for storage; there’s no serious lock on it,” he said. She imagined he must have known she was about to ask how he knew that too. “So I’m guessing it’s where that little camera hooks up to a standard black and white monitor.”

She nodded. Why was this man so deadly accurate? “Go on.” She wanted to know more about what he had figured out within just a few minutes of being in her store, or maybe she just wanted to hear that sexy southwestern drawl he seemed to have.

“So if you’re telling the truth about your jewelry—and I believe you are, then you have to have some place to do the work. Your car is too small, guessing that little bug out there is your car,” she nodded once again. Right now the man was so spot-on accurate that she was speechless.

“It’s too small to cart a store full of supplies so I’d guess since there’s no room down here you work upstairs. You’ve mentioned several times since I’ve been standing here that money is tight, it’s an issue, there’s not a lot of it,” he restated her words.

“So I’m guessing you can’t afford payments on two different places, this store and your home. I gather you’re either renting this or you’re buying it; either way, this is all you have.”

She hadn’t realized she had stressed her lack of financial affluence as much as she had, but when she saw his resume she needed him to know that she wasn’t hiring him, not because of his lack of skill in retail security, but because she couldn’t afford him. The man was perfect. He was just what she needed for her store. His security, even though it wasn’t providing basic store security, was amazing and she knew she and her store would be safe with a man like that on the job.

“Wow,” she said. “I don’t know if I should be scared or impressed.”

“Both,” he said. “Impressed that I noticed all of this right off, but scared that your security isn’t enough to keep a rabbit safe. I come in here and I’m fixing everything, starting with that camera system,” he pointed to the little ceiling mounted camera. It was a small, standard black box with a lens; it came with the store when she bought the place. She had done some things cosmetically to the place in order to make it go from baby store décor to a grownup jewelry store. She had a hard time scraping the painted baby giraffes off the wall, and all of the baby bears, but fortunately the décor was one of the reasons she managed to get six thousand knocked off the asking price. She was, after all, the McGregor with the best bargaining skills.

She went to work on the décor the same day she signed the papers. She scraped, she primed, and then she painted, and painted some more. The walls were now a soft spring faux marble yellow. She had hung deep burgundy drapes over the windows and she kept them drawn back during the day. She put in tile floor because tile fit better with the look she was going for, and then she had the glass jewelry cases installed. She liked the natural lighting coming in through the French doors and the two front windows on either side of the door, but she also still needed a good lighting system on the inside. Fortunately, the store came with recessed lighting and not the standard florescent lighting setup so the only thing she had to do was swap out the bulbs for something that would bring a softer ambiance to her store while still providing enough light to show the beauty of her products.

She had sunk every penny she had saved into this place. Eve had helped her out considerably with finances. Just when Alyssa thought she was in over her head; that she had made a big mistake because she couldn’t see her way clear, Eve had dipped into her own bank account to help her. She wished she had known at the time that her sister was using up her savings, but Eve had never told her that. She would never be able to fully repay her for helping her get through the first few months of slow sales and high bill payments. A smarter woman would have opened a store off the Row, but Alyssa had thought this was the best spot. It was one of the safest areas in town. It was the most high traffic shopping area, with an upscale theme where the people who came to shop would drop five grand on a little handbag they only planned to use once. This was the smartest location for what she wanted to do—although maybe not the most cost effective. She had just been so sure it would work out, and it was getting there, a little slower than she wanted. She was still at that point where she didn’t have a lot of extra money to play with. She did have a rainy day savings fund and a three month cushion fund; if something happened and she didn’t sale enough to pay the rent then she would be covered, financially, for a short time. She wanted that three month fund to become a twelve month fund and she was slowly working on it. Some things in life came easy, other things took work. She was a McGregor to the core and she wouldn’t back down. She was going to make this work. That was her promise to herself.

Things were getting there. There had been smooth sailing for a little while, but then a string of break-ins had hit the Row. With the first couple incidents, everybody was on alert, but not scared. It was the third robbery that changed the dynamics on the Row. Store owners who usually walked around with their nose stuck up in the air started speaking to their neighboring store owner. Even if they were competitors they agreed to watch out for each other. And for the first time since she moved in with her, “not so ritzy,” jewelry store, people started speaking with her as well. That third robbery had changed everything because Shatrel Milano had been beaten, raped and left for dead. Her cash register had been cleaned out and her supply of Gucci handbags was gone. She had been closing her store at ten. She stayed open an hour later on Saturday nights because her store was one of the few stores on the Row that actually closed on Sunday. She was on her way out when it happened and she wasn’t found until nearly sunrise the next morning. One of the cops on the Scottsdale PD was driving down the Row, not on a routine drive, not even on his usual route to work, but he drove down that morning. He saw one of the store lights on and he stopped. Thank God he had because the doctors had said another hour and she might not have made it. After that robbery the fear level escalated to extreme heights and nobody felt safe. This was the Row. This was the place where people would bring their kids and take them to the ice cream shop down by the rose garden for the day. This was peace, a little slice of heaven on earth and somebody was hell-bent on ruining it.

To Reach the Clouds by Philippe Petit
La piel del tambor by Arturo Pérez-Reverte
Just F*ck Me! by Eve Kingsley
All the Rage by A. L Kennedy
Bug Out! Part 7: Mile High Motorhomes by Robert Boren
Those Who Feel Nothing by Peter Guttridge
Haunting Whispers by V. K. Powell
Water Logic by Laurie J. Marks
Dead Man's Quarry by Ianthe Jerrold
The Royal Handmaid by Gilbert Morris
Our partner