Beyond The Ghosts (Legacy Falls Project) 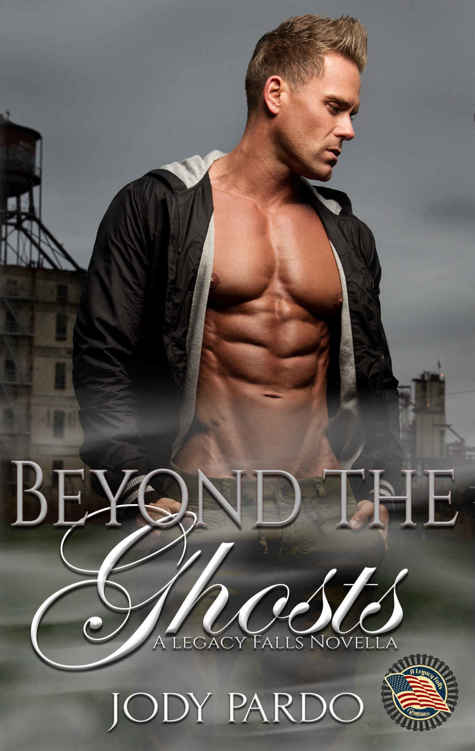 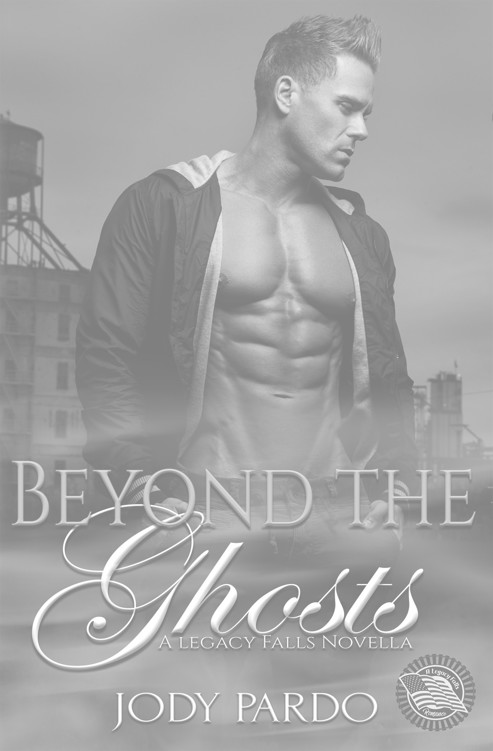 Warning, this novel is recommended for those who are 18+ as it contains adult content.

This book is a work of fiction. All characters in this novel are fictitious. Any resemblance to actual events or persons, living or dead, is entirely coincidental.

The author acknowledges the real people or places and copyrighted or trademarked statuses and trademark owners may appear within and use is limited to scope and reference. 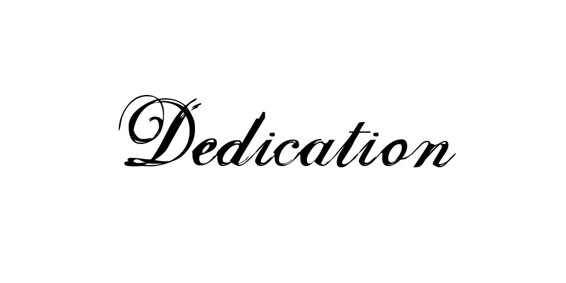 When the answer is simple, it's God speaking. - Einstein

For all those who walk with ghosts, take my hand. 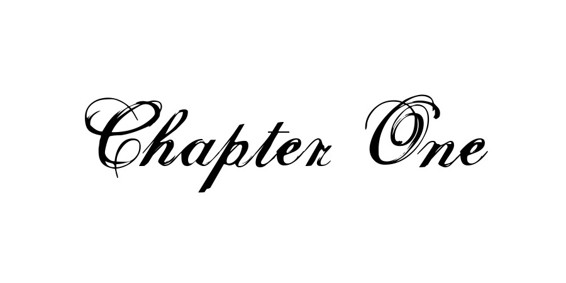 Stepping off the train at the Pleasant Street station, the dirt kicked up around me in a cloud of dust coating my boots. I should have been no stranger to dust, but with the mild-April temperatures, I expected more bloom. Multiple deployments overseas in the deserts of Iraq and Afghanistan and everywhere in-between kept me busy for the previous sixteen years, and it was good to be home. Home, my state of origin, last known address—
home
. The word stung and felt funny on my tongue, foreign. I hadn’t seen Legacy Falls in over ten years. Not my entire military career was spent overseas, but I didn't come back to Legacy Falls. My sister visited me from time to time any time I was stateside. She would fly to meet me at various duty stations all over the country, sometimes for just a beer and some dinner.

I was home. Nothing much changed. My small town stayed out of the waves of politics, scandal, news, and kept to its old-fashioned, small town ways generation after generation. Maybe that’s why they named the small town Legacy Falls. Nestled in the rolling hills of the South just north of the Mississippi Delta, the land was rich for farming and ranching. I stood, waiting for the luggage handler to pull my ruck sack from below the train, and when he saluted me, I snapped to attention.

“No, son. You don’t wait for me. You are the one with the honor here.” Surrounding passengers took notice to the man’s salute and followed suit. I remained stoic, transfixed at attention. He ultimately dropped his arm first and extended it for a handshake.

“Thank you for your service, son.” He shook my hand vigorously, resting his other on top of our joined hands. I was in my civvies—a pair of dark blue jeans and my unit t-shirt from a PT challenge we did last summer and my work boots. I was not in my dress uniform or even my everydays, yet a line of ten to fifteen gathered to shake my hand. I greeted each of them and wasn’t quite sure what to say as each thanked me for my service. Two women hugged me, and one elder woman planted a gentle kiss on my cheek.

Home
. The word still stung, and surrounded by strangers, I was starting to doubt the validity of the word.

“Peter.
Peter
. Get out of my way.
Peter
.” The shrill sound of my sister’s voice cut through the crowd as she waved her bright-pink handbag above people’s heads who blocked her path.

“Beth?
Beth
.” I excused myself from hands awaiting shakes and made my way to her.

My baby sister jumped into my arms nearly strangling me with her stringy arms while winding her long legs around my waist.

Rustling her hair and giving a gentle smack on her hind end, she hopped down from her perch. She nearly matched me in height but my two-hundred-and-fifty-pound physique shadowed her wiry frame.

“Are you kidding me right now? Where is your stuff? Don’t tell me they lost your luggage.”

“Good. I was gonna say, how do you lose a big ass ruck sack on a non-stop train?”

“I will take your word for it on that one. Come on, let’s get you home.”

I grabbed my ruck sack from the dwindling pile of passenger luggage and followed my not-so-little-anymore sister’s lead to her car. She must have counted on me having lots of stuff because the trunk of her little, lime-green, VW Beetle was empty.

For a small car, it had more room in it than what it appeared on the outside. With the passenger seat in the rearmost setting, I had plenty of leg room. I’m not sure I would have wanted to be a person in the backseat, though. After dropping my bag in the trunk and fastening my seatbelt, we were zooming down Main Street.

I wasn’t sure if it was Beth’s driving or homecoming that had my stomach in knots but it growled in protest.

“Did you eat anything? Do those trains still have food compartments?”

“If you want to call what they serve food. It’s more like a rolling convenience store. Just chips and stuff.”

“Let’s feed that monster before it chews its way from your stomach to your butthole. It sounds like it has a head start.”

I laughed out loud at my sister’s colorful choice of words. I didn't know where she got it from, and I was sure in time I would get blamed for it, but I had been gone for so long, it was definitely
not
my fault.

“Does Mom know you talk like that?” I asked with raised brow.

“Oh, yeah, she does. Doesn’t mean she is happy about it. She razes me all the time about it. She keeps threatening me that she’s gonna make me eat my teeth for lunch, but I’m still smiling.” She flashed me an alligator smile before quickly directing her attention back to the road.

“Where did that sassy mouth come from anyways?”

“Oh, brother dear, some people run off and try to save the world, some protect it and others curse it. I guess I’m the latter.”

“Is that what you learned in college? Liberal Arts?”

“Are you gonna start on me too? This was supposed to be a happy day.”

“I’m just asking.” I raised my hands up in surrender and smiled as her hackles began to raise.

“Let’s get some food. We will stop at the diner on the way. Mom is making you a big dinner, but don’t tell her I told you or anything. It’s supposed to be a surprise.”

“Don’t tell me she invited the whole neighborhood?”
This is not good.

“No, it’s just gonna be us and the Smiths. I told her you would want to relax and she can do her big party some other day.”

“Thanks, sissy. I need a hot shower and a comfy bed and about a week’s worth of sleep before I am company worthy.”

“First things first, let’s get you Mom and Dad worthy and get rid of Betty White. You are cranky when you’re hangry.”

“Did you just call me Betty White?” I nudged her in the ribs, and she flinched.

“Sgt First Class Toledo—” I raised my arms outlining the headlines “—Survived multiple deployments, comes home, and wrecks on Main Street with his little sister. Sheesh. That is one helluva obituary. I’m just gonna sit over here where it’s safe. Does this thing even have airbags?” I pawed at the dashboard looking for the safety equipment.

She pulled into the diner parking lot and threw the car into park with an exaggerated effort making me lurch forward and nearly eat the windshield.

“If you don’t like my driving, you know you can walk home.”

“I’m just messing with you. Holy cow, someone is feisty. Are you sure you’re not the one who needs a Snickers there, Dorothy?”

She glared at me for a long few moments more before flashing me another cheesy smile. 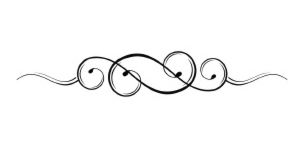 We managed to make it through breakfast with minimal interruption sitting all the way in the rear of the restaurant. Our only interruption was one of my sister’s friends who had moved to town during my absence. When she approached the table, she didn’t do the usual fawning over the returned veteran routine. Instead, she was under the impression that I was my sister’s latest beau, which led me to question her dating history.

“Hey, Christina. This is Peter—“ Christina leaned one hip against the table’s edge essentially cutting off my sister and directing her focus on me.

“Where you been hiding this cutie? I thought we were besties?” She pouted at my sister over her shoulder, quickly returning her attention to me and fluttering her eyelashes.

“Ma'am? Do I look old enough to be a ma'am to you?” She feigned offense complete with her hand on her chest.
Southern girls and their drama.

Freaked Out by Annie Bryant
Thin Ice by Settimo, Niki
How We Lived (Entangled Embrace) by Erin Butler
A Song of Sixpence by A. J. Cronin
Drought by Graham Masterton
The Daughters of Eden Trilogy: The Shadow Catcher, Fever Hill & the Serpent's Tooth by Michelle Paver
One Night With the Billionaire (Men of the Zodiac) by Sarah Ballance
Breach of Faith by Hughes, Andrea
03.She.Wanted.It.All.2005 by Casey, Kathryn
The Train by Georges Simenon
Our partner