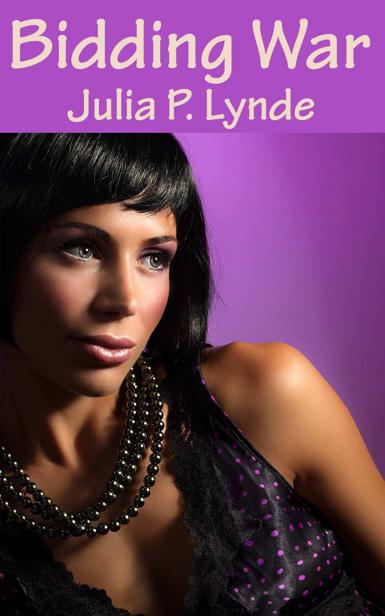 "I'll have the salmon," I told the waiter. "And a garden salad." I finished making my order. He collected orders from Bonnie, Sam, and Suzanne then promised to be back with breadsticks. Sam was short for Samantha, and she was my best friend. When we'd first met, she had been so full of angst, but then she and Suzanne had met. It had been love at first sight. But tonight, she looked worn out and haggard.

"It's this auction," she said. She looked at Suzanna with a small glare. "When I volunteered to run it, I thought it would be easy, but I am having a devil of a time finding. Um."

"What auction?" I asked.

"For the benefit event I'm running," Suzanne said. "Every year we host a benefit gala. We take suggestions in January and select a charity. Then we have our big gala in April. This year's charity organization is the Wishes For Kids foundation."

"It's next Saturday," Suzanne said. "We have everything organized, except the auction is the main event."

"And several of the people who offered to donate their-"

Sam continued.
"Their prizes have backed out. Now I'm short and running out of time. I need firm commitments by this Friday so we can finish publicizing and get everything to the printer."

Bonnie smiled at me, a smile that suggested a lot more than I realized at the time. She had a lovely smile, and she was always trying to flirt with me. I was the only straight woman at the table and had gotten quite expert at deflecting her attention.

"Pamela," Bonnie said. "You have exactly what your best friend, Sam needs, but you're too chicken to offer it."

"No she doesn't," Sam said to Bonnie before turning to me. "Don't let her tease you."

"You don't understand, Pamela," Sam told me. "It's a bachelor auction."

"And last time I checked," Bonnie said. "You were single. You wouldn't be if you would just loosen up a little." She offered me a leer.

"Yes," said Sam. "We want an even dozen people to auction. Six men, six women. I have the six men but only five women. I need one more, and she needs to be single. Don't worry, I'll find her."

I stared at her. "You're selling people?"

"Don't look at me like that!" she said. "It's just for a date. No sex involved, but it's implied you'll treat it like a proper date and allow a good night kiss at the end. No one expects more than that."

"She wouldn't do it," Bonnie said. "Even to help her best friend."

I looked at her and was a little offended. What was wrong with me? "I suppose you want people more elegant than I am." I said. "It's all right."

Bonnie answered for Sam. "It's actually a fancy event. I'll be wearing a tuxedo. You could wear an evening gown. Pamela, you would be a real hit. There's a cocktail party, and you are supposed to mingle so the bidders get a chance to check out the merchandise. Then there's an auction. After that, dinner. You spend the evening with whomever won you in the auction and you arrange a date."

"That absolutely isn't a problem," Bonnie said with some sort of knowing grin. "You should do it, Pamela."

"Wouldn't I be up to standards?" I looked at Bonnie. She was an attractive woman, and she could look
really good when she wanted to. She was tall for a woman, five-seven, with long blonde hair and a figure she worked hard to keep. I know, I'd seen it enough times in the locker room. She and I were workout buddies. We were both in our low thirties, an age where keeping fit is still easy, but we both knew it wasn't going to get easier. I was short, only five-three, with my own long, black hair. Bonnie's face was angular while mine was round, but cute. At the gym, Bonnie turned the guys' heads, but I turned my share of heads, too. If she was up to the standards for the event, I was too.

"Then Suzanne can be my proxy," Bonnie said. "Two hundred dollars. It's all I can afford."

"You'd pay two hundred dollars for a date with me?" I asked her. I turned to Pamela. "I'd have to let her kiss me goodnight?"

Throughout all this, Suzanne hadn't said a word. Finally she spoke up. "If you do this, Pamela, you can't back out. I did it three years ago, and it was intimidating." She paused. "But you wouldn't have to worry about kissing Bonnie. I guarantee you would go for a lot more than two hundred dollars."

"Wishes For Kids Foundation?" I asked?

Suzanne
nodded. "They don't know, not officially, but they've probably heard unofficially. We don't give official notice to the charity involved until afterwards.

That seemed odd, but I didn't know much about how these things worked.
"Do you want me to do it?"

"You're not going to find anyone else, Sam," said Suzanna. "And she'd be a hit."

"This is a mistake," said Sam. "They aren't telling you everything."

I looked at Sam. "What's the worst that
would happen?" I said. "Suzanne buys me for Bonnie. Wishes For Kids gets two hundred dollars. Bonnie buys me dinner and I have to kiss her goodnight. It's one kiss." I looked at Bonnie. "No tongue."

Sam continued shaking her head, but I gave her The Look, and she shut up.

I should have asked for more information.

That evening, I went through my closet, deciding what I would wear. Sam
had assured me no one would expect me to put out, but it was clear I would want to look my best. Not only did I want to net the best donation I could for the foundation, but I definitely didn't want to go for an embarrassingly low price.

I had never done anything like this before, and I wasn't quite sure what possessed me. I'm not sure I would have insisted on helping if Bonnie weren't going to be there, too.

Bonnie teased me a lot, but she was a good person, and I trusted her almost as much as I trusted Sam. If Sam was running it, I felt safe.

I decided I wasn't happy with my available choices. Bonnie said she was going to be in a tuxedo. I contemplated a little black dress but decided I wanted something more upscale than that. The other choices in my closet had been brides
maid dresses, and they looked like bridesmaid dresses.

It was time to shop, and if I were going shopping, I wanted the queen of fashion to attend. I picked up my phone.

After work the next evening, Mom picked me up at home and took me to dinner. The plan was dinner then shopping. It was good to see her. Between her schedule and mine, we hadn't gotten together since Christmas.

"Tell me about that nice boy you were dating," she said.

"Oh, I'm sorry," she said, reaching across the table with a well-manicured hand to pat mine.

"It's fine, Mom. It was right after New Year's, and it was my choice. I just wasn't into him. He wanted to get serious, and it wasn't fair to string him along if I wasn't interested in marrying him."

"You did the right thing, then," she said. "Did you let him down easy?"

"As easily as I could," I said. "Brian was disappointed, but he knew I was right. He's already seeing someone else."

She nodded. "And how about you. Anyone on the horizon?"

I shrugged. "Not right now." I sighed. "Please don't tell me I'm not getting any younger. I promise to make grandchildren for you before I'm forty if I have to sleep with some random bum off the street."

She pursed her lips. "Honey."

"You shouldn't joke like that," she said. "Tell me about this event."

"I actually don't know that much," I said. "Suzanne is the hostess, but it looked like Sam was more burnt out. There were some late minute cancellations, and she's never helped run something like this before. There's a cocktail party before the auction and dinner after. All the guests are paying to be there, but I get to attend for free." I paused. "Should I be self-conscious? I'm letting them auction me off like it's a slave block."

Mom smiled. "No. I think this is very generous of you, but make sure you protect yourself.
I'm proud of you, honey. You are helping your friend and helping charity at the same time."

I told her what else I knew, and we talked about other things after that.

It may be weird, but shopping with Mom was always fun. She herself was very fashionable, but she understood I wouldn't want to look like a younger version of herself. Instead, she was very good at figuring out what I wanted and helping me find it. We always had fun together.

I told her I wanted to look elegant, but that whatever we bought had to be something I'd wear for other events as well. Plus I had to be able to afford it.

"And we want to show off your best features," she said. "Elegant and alluring."

"Of course not." She sniffed at the suggestion.

We shopped until the stores were threatening to close, then Mom took me by the hand to the second store we
had visited. "The deep purple one," she said. "It's perfect."

"I loved it, Mom, but it was too expensive."

"Consider it my donation to Wishes For Kids," she told me.

"I insist. You looked absolutely stunning in it. It's the right dress."

"It will cost more than I'm going to make."

"I think you're wrong," she said. "And you'll just have to find more opportunities to wear it."

I thought about it. "It was stunning. But Mom, I didn't bring you to buy a dress for me. I brought you because I wanted your advice."

"Honey," she said. "I know that. And if we hadn't seen the purple one, you'd be getting that black one, which you can afford yourself. But this is the better dress, and it's the one you're getting."

1,001 Facts That Will Scare the S#*t Out of You: The Ultimate Bathroom Reader by Cary McNeal
The Cleaner by Mark Dawson
First Chance by A. L. Wood
Enraptured by Elisabeth Naughton
Betrayal of Cupids by Sophia Kenzie
#Score by Kerrigan Grant
Fog of War (Justin Hall # 3) by Ethan Jones
Breakdown by Jack L. Pyke
Remedy Maker by Sheri Fredricks
Angry Conversations with God by Susan E. Isaacs
Our partner