A Memoir
by Susie Bright

All rights reserved. No part of this book may be reproduced or transmitted in any form without written permission from the publisher, except by reviewers who may quote brief excerpts in connection with a review.

The Time Has Come, the Walrus Said

You Are Now a Cadre

Greyhound to Detroit via Amarillo

How I Got Introduced to
On Our Backs

When I Came Back from My Honeymoon

Had I the heavens’ embroidered cloths,
Enwrought with golden and silver light,
The blue and the dim and the dark cloths
Of night and light and the half-light,
I would spread the cloths under your feet:
But I, being poor, have only my dreams;
I have spread my dreams under your feet;
Tread softly because you tread on my dreams. 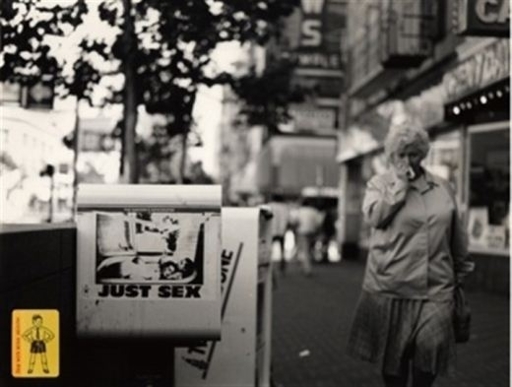 A
t the risk of making a dozen devoted enemies for life, I can only say that the whiffs I get from the ink of [women writers] are fey, old-hat, Quaintsy Goysy, tiny, too dykily psychotic, crippled, creepish, fashionable, frigid, outer-Baroque, maquillé in mannequin's whimsy, or else bright and stillborn.

— Norman Mailer,
Advertisements for Myself

H
ow does a woman, an American woman born in midcentury, write a memoir? The chutzpah and the femmechismo needed to undertake the project go against the apron. I was raised with, “Don’t think you’re so big.” Yet to be a writer at all, you have to inflict your ego on a page and stake your reputation. To be a poet, the effect should be transcendent, and disarming.

I already knew the best result of my memoir, before I finished it. The days of my writing — a couple years in earnest — inspired many of the family and friends around me to write their story, to put a bit of their legacy in ink. Reading what they had to say was a revelation. If more of us knew the story of our tribe — and carried it from one generation to the next — it seems like the interest would pay off.

I know so little of my own family history that, when I was young, I often read memoirs in search of blood relation. I wanted to be Emma Goldman. I wanted to digest Doris Lessing’s Golden Notebooks like biscuits. I felt like Harriet the Spy, looking for a dumbwaiter to hide in, scribbling down all I witnessed.

At the onset of my memoir, I thought I would bring myself up-to-date on the autobiography racket. I researched the current bestsellers among women authors who had contemplated their life’s journey. The results were so dispiriting: diet books. The weighty before’s and after’s. You look up men’s memoirs and find some guy climbing a mountain with his bare teeth — the parallel view for women are the mountains of cookies they rejected or succumbed to.

The next tier of bestselling female memoirs, often overlapping with the diet tales, is the tell-all by a movie star, athlete, or political figure. The first two subjects are designed to exploit gossip — the last are so boring and circumspect you wonder if they’re funded by government cheese.

The last group of popular memoirs — and this goes across the gender divide — are the ones in which the author unloads a great deal of weight in the form of psychic burdens from childhood. The subject is nearly driven mad by lunatic or intoxicated parenting, sidetracked by years of self-destruction bred into their family line, only to be redeemed at the end by a clean break from addiction and pathology.

I’m as vulnerable as anyone to the toxicity of the American nuclear family. But I wouldn’t call it disease or moral failure as much as I would point the finger at a system that grinds people down like a metal file. Who doesn’t need a drink? Who isn’t going to crack and lash out at the people they love? I have a lot of sympathy for the dark places in my family history, while at the same time repeating my mantra, “This can’t go on.”