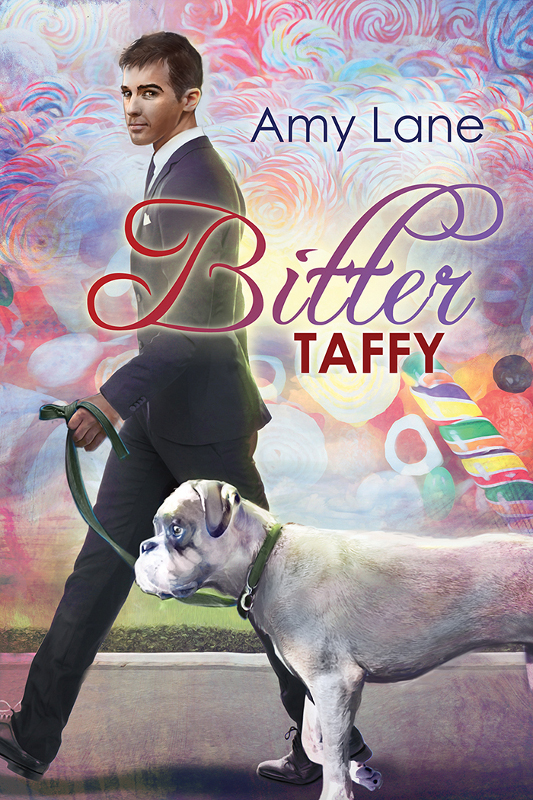 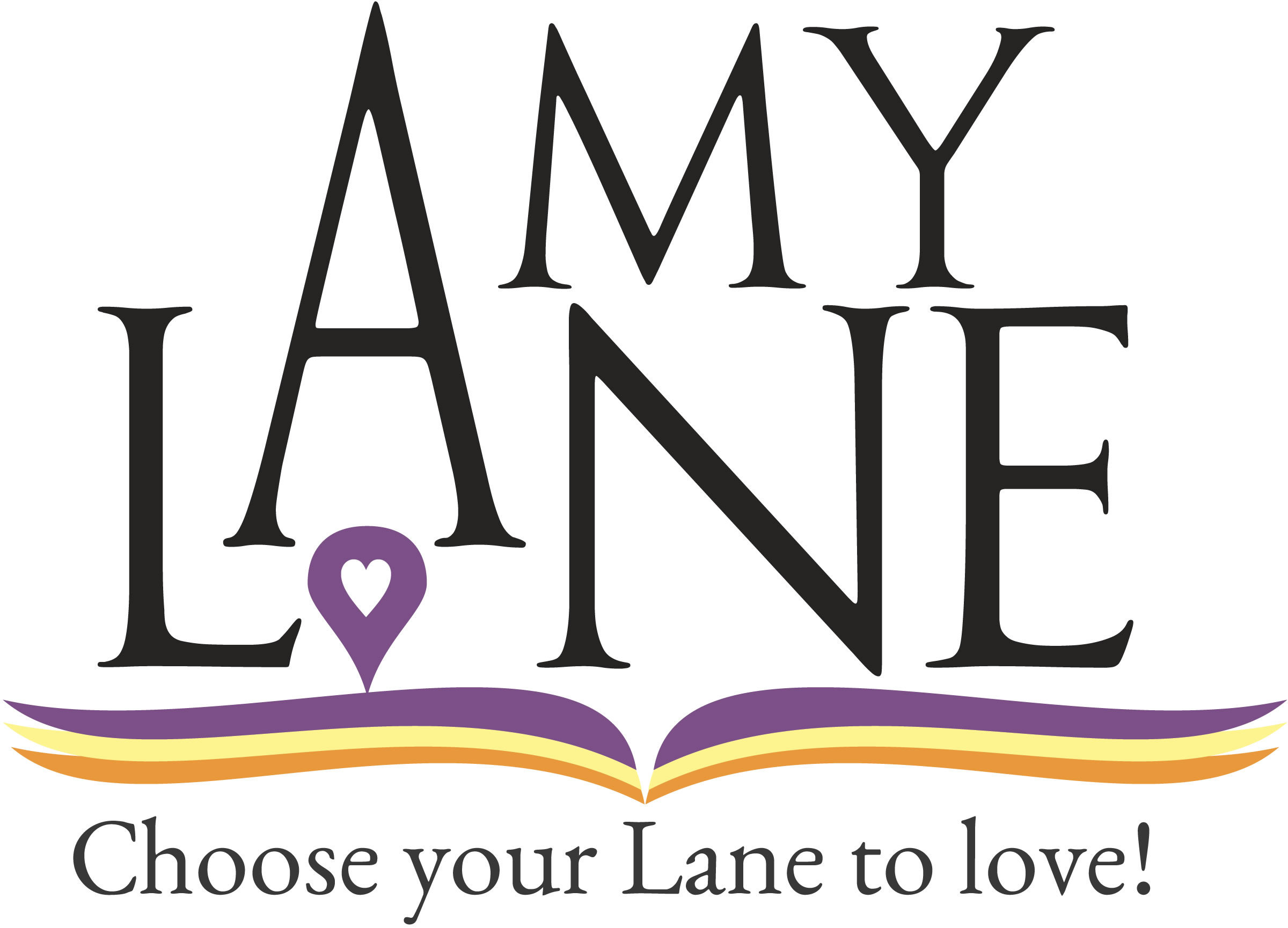 “Dearly beloved, we are gathered here to celebrate the wonder of Amy Lane and the fabulousness of this freaking story—
Candy Man
.”

“There are two Amy Lanes – the very angst-filled, need a bunch of tissues Amy and the very sweet and happy Amy. This story is firmly in the second Amy camp and my favorite kind of Amy to read.”

“
Candy Man
is sweet, without being syrupy, and the gentleness of Adam and Finn’s love story was heartwarming.”

“I highly recommend picking up this sweet novella and savoring the tasty bits of love and life inside.”

“I love when Ms. Angst-and-Pain-Amy-Lane writes a sappy sweet holiday tale! I mean it! …
Candy Man
was just…adorbs!”

—Boys in Our Books

“I’ve said it before and I’ll say it again, when Amy Lane is on, she writes killer books. This is one of those killer books.”

“Amy “angst” Lane has written a superb story in Immortal…”

“A book that made me feel...made me live every emotional onslaught these men suffered! Bravo Amy Lane and thank you for giving me an unputdownable, gold star read I won’t forget.”

—Sinfully… Addicted to All Male Romance

“This is a SWEET Amy Lane story, and those are my favorite… I loved everything about
Food for Thought
…”

“…this was a very enchanting book and I hope to see these characters again in the future.”

“It is truly storytelling at its best and I highly recommend this novel to you.”

Racing for the Sun

A Solid Core of Alpha

Tales of the Curious Cookbook

Truth in the Dark

Turkey in the Snow

By
A
MY
L
ANE
(Continued)

How to Raise an Honest Rabbit • Knitter in His Natural Habitat

Blackbird Knitting in a Bunny’s Lair

I put Mary through a lot last year in terms of fiction. I gave her drug addicts, Alzheimer’s, murdered children, OCD/Asperger’s/ADHD/bipolar disorder, and
two
cases of characters who didn’t make it all the way to the end. This book was her reward. It was sweet. It was lush. There was nothing here that would rip her heart in twain. This book is MARY’S book. And Mate’s too—because he’d take in a River Cats game in a hot second.

Thank you to the real Darrin from Candy Heaven and the real Roget from Rose-Eye Photography, who agreed to let themselves be in my book. Folks, if you want the real romance between these two, you’re out of luck—they’ve never met in real life, but they have both made a tremendous impact on
me
. Thanks, guys, for good humor and a willingness to be fictionalized. You’re sheer awesomeness—don’t ever doubt it.

José Ricardo Juan Gonzalves-Macias shuffled the ad copy he’d worked on all night and thought twice about the presentation he was about to make.

He’d interned at this company for four months—had done some really awesome work for them, if he said so himself—and he’d thought Artie Kellerman liked him. Of course the old guy was sort of an old-school backstabbing junkyard dog, with an iron lock around his family and a micromanaging streak, size macro, so “liked” was maybe a relative term.

But the way Kellerman stalked into the meeting room in the converted Manhattan warehouse made Rico think maybe he’d broken the cardinal commandment of bosses, be they hostile
or
friendly.

Kellerman’s youngest son, Ezra, was at his father’s heels, looking—for the first time in Rico’s knowledge of him—mussed and out of sorts.

“Dad,” Ezra said, a little desperately. “Dad, you can’t do this—it’s not his fault.”

Ezra’s dark blue eyes sought Rico’s out over the heads of the rest of the marketing group, and Rico’s stomach started pumping acid so fast he thought he was going to vomit right there.

Rico
had
broken the cardinal commandment of bosses. Thou shalt not
ever
sleep with the boss’s son.
Especially
if thou wert a man.

“Not his fault that he
fucked
my son?” Kellerman shouted, and Rico knew his black-fringed brown eyes got huge because he could see them mirrored in Ezra’s fashionable glasses.

“It was mutual!” Ezra shouted back, and even as he shouted, Rico caught his rolled eyes. It had, in fact, been
very
mutual. They’d been having sex for months before Rico even understood the concept of top and bottom as it applied to something besides bunk beds. As far as Rico was concerned, both positions felt good, and whoever felt the most like receiving did all the prep first. And if they both did the prep, well, that’s what round two was about.

But that’s not what Ezra was talking about now.

“It was mutual, Dad,” Ezra said, darting a pained glance to Rico. “He… he didn’t even know he was gay.
I
seduced
him
.”

“S
O
YOU
never even thought about it?”
Ezra’s smile glinted as white as the fat snowflakes falling around their faces in the December cold. “I mean, you’re….” His smile went away. “You’re beautiful. That was my first thought when you walked into Dad’s office. That you were beautiful. That….”

Oh God. Ezra’s eyes were bright, his lower lip trembling. He’d been Rico’s entrée to this amazing, frightening new city, and he’d given his time tirelessly to help Rico thrive in the challenging new job: marketing Kellerman’s fabrics to the top fashion designers in the city.

Rico closed his eyes and remembered his cousin Adam, who had told their family straight out that he was gay and that was why he’d left the service.

Their grandmother had grabbed him by the ear and thrown him out—she’d slammed the door in his face so hard Adam had needed a butterfly bandage to make the bleeding stop.

He’d shown up at Rico’s hotel room that night, and Rico had applied the bandage, then given him a place to sleep, since Grandma Macias was out of the question. It was funny, but whenever Adam talked about that moment, he talked about Rico’s text to him as he’d been thrown out the door. Weird how sometimes people needed reassurance more than food, more than shelter, even more than personal comfort.

“If I was gay,” Rico said, trying to keep his voice kind and not wistful, “I would so want to kiss you.”

Ezra must have heard something there—something Rico hadn’t wanted to share but Ezra sensed nonetheless. “Would you kiss me right here on the street?” he asked winsomely.

And Rico… oh God. Those wicked blue eyes, that full mouth…. Years pretending that hunger for a man’s touch, a man’s body, didn’t exist, and here he was.

Ezra’s lips were so soft under Rico’s, for a moment they felt like another flake of snow.

R
ICO
LOOKED
at Ezra helplessly, and then at the guy who had been his snarling mentor, telling him Rico could be the best marketing director in New York if he stuck with products he believed in.

Well, the product, Rico believed in.

But he didn’t believe in Artie Kellerman anymore, if he ever had.

“It
was
mutual,” he said with a crooked smile. “We fell in love.”

E
ZRA
LAY
on his stomach, looking over a pale shoulder sprinkled with a constellation of small moles. “I know I’m a coward,” he began, and Rico put his fingers on Ezra’s lips to stop that right there.

“Family’s complicated,” he said, meaning it. “I’ve pretended for my whole life.” He’d watched Adam struggle without even his mother to protect him from the censure of their grandmother. Poor Adam—such a good kid, grown into such a nice guy, and he’d been kicked in the teeth again and again. “Nobody wants to stand alone,” he finished roughly. Because if he came out to his family, that’s exactly where he’d be.

“I think I love you because you get that.” A smile flirted with Ezra’s lips, and Rico thought that if he was a good guy—a
truly
good guy—he’d comfort his lover and tell him he’d never let anyone hurt him.

But even then he’d known it wasn’t that simple.

Sydney (Book One) (That Wedding Girl 1) by Way, Maggie
Strangers on the Tube 2 by Newt, C.J.
The Last Garrison (Dungeons & Dragons Novel) by Beard, Matthew
Mammon by J. B. Thomas
Deadly Sight by Cindy Dees
A Rather Remarkable Homecoming by C. A. Belmond
Lucky Break by Sienna Mercer
A Case of Heart Trouble by Susan Barrie
Blood, Smoke and Mirrors (2010) by Bachar, Robyn
Savin' Me by Alannah Lynne
Our partner