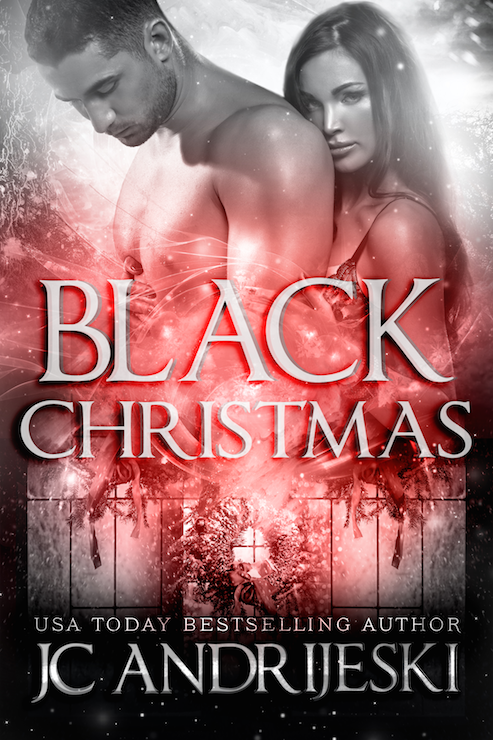 A sexy short from the
Quentin Black Mystery
series

This ebook is licensed for your personal enjoyment only. This ebook may not be re-sold or given away to other people. If you would like to share this book with another person, please purchase an additional copy for each person you share it with. If you're reading this book and did not purchase it, or it was not purchased for your use only, then please visit an official retailer for the work and purchase your own copy. Thank you for respecting the author's work.

Miri Fox just returned to San Franciso after a harrowing ordeal in Thailand––an ordeal no one really understands except her boss, psychic detective, Quentin Black. But Black leaves Miri and San Francisco not long after they return to the States. Worse, he disappears with no explanation, no warning and without telling her when he’ll return.

Miri won’t answer his calls now and Black is desperate. Can he win back Miri’s trust, after betraying her when she needed him the most?

“Andrijeski delivers a whopper of an action flick...” ~
New Myths

“The sexual tension is scorching...” ~
The Muses Circle

“Amazing characters in an out-of-this-world scenario...” ~
The Indie Bookshelf

“The most impressive display of world-building I have seen in a while.” ~
I (Heart) Reading

I STARED OUT over the water, not noticing that I bit my lip. I forgot Angel sat next to me too. My mind lived somewhere else entirely as I watched pelicans dive for fish off the pier.

Angel reminded me of both things when she spoke.

Her voice was cautious, borderline probing. I turned at the added meaning there, even before I’d fully made sense of her words.

I knew who she meant. Maybe I just couldn’t believe it.

Maybe I didn’t want to.

To Angel’s credit, she didn’t bother to answer. She just lifted one manicured eyebrow, her full lips pursed. Her light brown eyes scanned my face, studying my expression.

I wasn’t used to her looking as beautiful and relaxed as she did now. It disarmed me somehow, making her look softer, more open maybe. Angel was a homicide detective. Most of the time I saw her, she was sans make-up, her long, braided black hair back in a ponytail, a dark-blue San Francisco Police Department jacket with white lettering encasing her upper body. On her feet she usually wore beat up boots.

Tonight she wore a filmy, indigo-colored blouse that showed off all her curves, a black pencil skirt, gold bracelets and earrings, heeled boots. She looked like she was going on a date later. Looking at her more closely and her perfectly made-up face and dark plum lipstick, I found myself thinking she was. Going on a date, that is.

“Are you seeing Anthony again?” I said.

“Why the hell would Black call you?”

Angel shrugged, toying with her coffee cup with one hand. “He says you won’t talk to him.” She looked up, that sharper cop look in her eyes. “He says he’s worried about you.”

I went back to biting my lip.

“What happened over there, Miriam?” she said. “Where’s Black?”

Shifting my own cup around on its saucer I went back to staring out the window of the restaurant. I watched the pelicans wheeling over the fading light of the San Francisco Bay.

WE’D ONLY BEEN back in San Francisco a few days when he left.

He had a bag packed. He was checking his watch a lot.

He was avoiding looking at me.

I think I’d mostly been confused.

He’d barely left my side since we got back from Bangkok. He’d barely wanted me to go out of the building without him, and he’d cut my work schedule down to the bare bones while he did background checks on all of his staff. He said he did those periodically anyway, given his line of work and the fact that his PI and security firm still took some contracts with the government... but I suspected the timing had something to do with Bangkok too.

Then, out of nowhere, he says he’s leaving.

That he wants me to stay behind.

Here, in San Francisco. Without him.

“Miri,” he said, even as his assistant buzzed him, telling him the car was ready for him downstairs. “Miri, I’ll be back as soon as I possibly can. I swear to the gods I will.”

In that moment, I wasn’t sure how I felt.

People went on trips. They went on trips all the time. Business trips. Trips to visit family, friends. Vacation.

What was the big deal?

I didn’t really understand, I guess.

I think my brain had turned off.

It wasn’t until I saw the door close behind him that the fist closed inside my chest. I found myself standing in his living room, unable to breathe.

NICK WAS LESS delicate than Angel had been.

Naoko “Nick” Tanaka, another homicide detective, but one I’d met during my tour in the Middle East and had now known for over ten years––was always less delicate than Angel.

“What the fuck happened to you, Miri?” he said.

We were at the martial arts club.

His dark eyes looked me over, that critical cop gaze of his scanning details, marking them. Probably tagging them with small labels, giving them meaning, building pictures brick by brick as he assessed the scene of the crime.

I still had a limp from what happened to my foot and leg.

It was my wrists that caught Nick’s attention though.

He stopped right before we were about to go into a sparring clinch. I saw his dark eyes widen. I saw his handsome face go pale, his mouth harden into a significantly less cop-like frown. He grabbed my arm, staring down at the remnants of deep rope burns on both of my wrists. His cop eyes raked over the rest of me a second time, resting briefly on my foot, which I still favored, even though I’d decided to come back to the club anyway.

My coach was okay with it; he just joked that I shouldn’t kick anyone with that foot for awhile. I’d tried to smile at his joke, but I’m not sure I pulled that off either.

“Jesus.” Nick’s eyes went from angry to shocked. He pushed up the sleeve of my gee, saw the marks from needles, the bruises. “Jesus fucking Christ... Miri.”

Watch Over Me by Daniela Sacerdoti
The Heart Has Reasons by Mark Klempner
Social Blunders by Tim Sandlin
Ghosts of Punktown by Thomas, Jeffrey
Dangerously Happy by Varian Krylov
The Portable Roman Reader (Portable Library) by Various
The Bloody Road to Death by Sven Hassel
Who Has Wilma Lathrop? by Keene, Day
Summer Flings and Dancing Dreams by Sue Watson
Lord Byron's Novel by John Crowley
Our partner