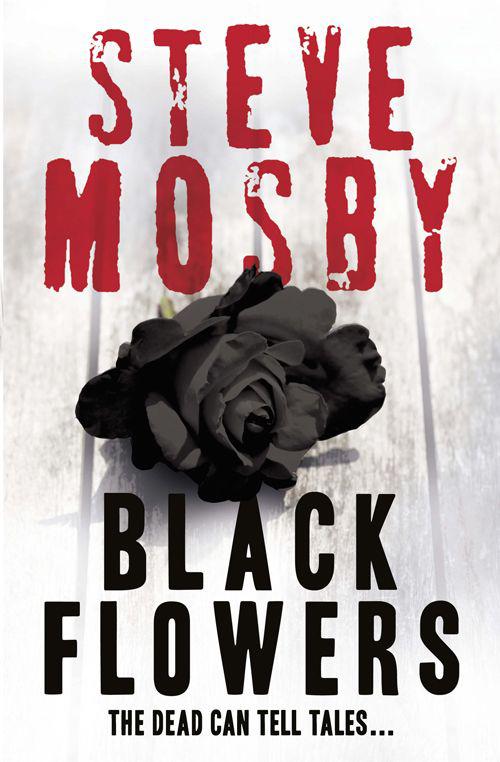 For Lynn and Zack

Thanks, as always, go to my agent Carolyn Whitaker, and to Genevieve Pegg, Natalie Braine, Gabby Nemeth and all the other people at Orion who have worked so hard on this book and the others. Thanks also to my friends and family, and to all the readers who have been in touch over the last few years with kind words about my writing. Also to
Spinetingler
magazine for inviting me to write the short story that gave me the idea for this novel.

Most of all, thanks to Lynn for putting up with me and to Zack for being wonderful: this book is dedicated to both of you, with love and appreciation for everything.

If there’s one thing that Detective Sergeant Michael Sullivan has learned during twelve years in the police force, it’s that little girls do not simply appear. In his experience, the world does not work that way; all he has ever seen, and all he continues to see, is the opposite, the slow disintegration of things that are good and right.

People vanish – especially children. Sometimes they disappear in gradual increments, the decent, hopeful parts of them casually chipped away. Other times, those parts are poked out, suddenly and violently. And occasionally people simply vanish entirely. But however it occurs, those people do not come back, especially the children. Or at least not in any way you would want them to.

No, the world as Michael Sullivan knows it – it only takes.

It is early afternoon, September 1977. Faverton is a sprawl of a holiday town on the east coast. The old village on the hilltop spreads down cobbled streets all the way to the sea front, with its penny arcades and cafés. The road here is embedded with brown, metal tramlines. A slatted wooden promenade stretches along the front, dotted with curled, green benches, wire-mesh bins and beige ice-cream vans. Families stroll slowly along, sometimes approaching the waist-high stone wall and looking out over the beach. The sand is packed flat and hard, broken by
occasional fluffed-up patches where a child has dug. In the distance, the grey sea crumples and folds beneath a white sky bevelled with gulls.

It is an ordinary day with no hint of magic to it. And yet, in spite of Sullivan’s experience, it happens like this.

There is an empty stretch of promenade. A tram trundles past. It is so old, and the metal carriage so frail, that you would expect the antennae above, where they track the overhead electrical cables, to crackle and spark, but in fact the only noise is the continuous weary crunch of the metal discs the vehicle grinds through town on. It is mostly empty, and reminiscent of a butler going about daily tasks in a household where all the children have left. The driver, behind the smeared front window, is holding the controls with stiff, unmoving arms, while a conductor waits at the open back corner of the tram, a ticket machine strapped to his chest like a tiny accordion.

The tram does not stop. Nobody gets on or off. But when it has passed, the stretch of promenade is no longer empty.

A little girl is standing there.

She has long, dirty-blonde hair, pulled into rough bunches that rest to either side on her tiny shoulders. She is wearing a blue-and-white checked dress and delicate shoes: both look like something a doll would wear. Her eyes are ringed with darkness and sadness. In front of her, she clasps a small handbag. It is pale brown, leather, and far too large for her – an adult’s bag – but she clutches it tightly, as though she has somehow had it for a very long time and it is intensely important to her.

The little girl stands there.

And that is how it happens. She appears on the promenade as though from nowhere: as if the world shifted in its sleep, then woke with an idea so important, which needed to be told so desperately, that the idea became real. And now that idea is standing there, waiting to be discovered.

Waiting for someone to claim it.

Sullivan squats down in front of the little girl. His starched trouser leg forms a sharp contour up from his knee and over his thigh. Her small eyes follow him down. Their faces are now at the same height, and he smiles at her, trying to be reassuring.

‘Hello there. What’s your name?’

The little girl does not respond. The expression on her face is like a shield. She is far too serious for a girl her age and Sullivan knows immediately that something isn’t right here.

He looks away for a moment. The woman who noticed the little girl and alerted him is standing, slightly hesitantly, to one side. She is middle-aged, holding her own handbag in much the same way as the girl. Sullivan nods his thanks to her – It’s okay; I’ll take care of this – and then turns his attention back to the child as the woman walks away.

He doesn’t know, at this point, that he’ll need to talk to the woman again and attempt to establish the exact circumstances of the girl’s appearance here. Although he recognises something is wrong, the idea hasn’t quite settled and become real. He’s still thinking: she’s lost her parents. That’s all.

Again, the girl does not reply. But after a moment of staring back at him, she breaks his gaze and looks away, off to one side. And she does say something, but he can’t make out what. It’s as though she’s talking to a ghost, or asking advice from an imaginary friend.

Can I talk to him? Is it safe?

She keeps looking away. Listening now.

Christ, Sullivan thinks – because he’s just realised something else: it really does look like her. Anna Hanson, the little girl who was murdered last year. They are both a similar age, about six years old, and Anna had the same straggly blonde hair. The recognition, coupled with the oddness of the girl’s behaviour, makes Sullivan shiver slightly. He has the odd sensation that
this could actually be her, returned to her grieving, terrified parents.

Of course, it can’t be, not least because Anna Hanson has already been returned. Her body washed up on the beach: tiny, grey and empty. The similarity is genuine, though, and he feels a sudden and urgent need to look after this little girl and keep her safe.

She looks back at him. In all his twelve years of experience, he has never seen such despair.

Her voice is impossibly delicate.

‘Well, I’m sure we can find him quickly—’

But he stops. From the flash of terror that appears on the little girl’s face, it’s obvious that this is not what she wants to hear. Her small body begins trembling slightly.

Instinctively, without considering how she’ll react, Sullivan reaches out and rests a gentle hand on her shoulder, feeling the rough fabric of the dress against his palm. The little girl almost flinches, but doesn’t. The fear is overridden by an innate, desperate need to be comforted. It is as though she hasn’t been touched with kindness or reassurance for quite some time, if ever, and it requires bravery – a leap of faith – for her to believe such a thing is even possible any more.

Again, he glances around. There are a few people watching the scene, but most are simply going about their business, either oblivious or confident that nothing is wrong. After all, a policeman is in control of the situation. It is his job to look after people, and he will. That is the assumption.

Sullivan is about to turn back to the little girl and try to do exactly that, when he sees the man and instead he goes still.

The old man is walking awkwardly along the pavement
across the street, on the far side of the tramlines. He is slightly hunched, and his cheap coat is stiff with grease over the slight hump of his spine, as though age is gradually forming his whole back into a boil that’s soft and wet at the centre. His head is bald and pale, but thin white hair clings to the side, while his face, out of sight now, is wide and unkind. Poole walks with a bound wicker cane that Sullivan suspects, but can’t prove for sure, the old man doesn’t really need.

At first, Sullivan doesn’t think Poole has seen him. But the old man pauses outside the café, then turns to stare back at him. Poole smiles and gives Sullivan a nod – as he so often does; as he so enjoys doing – before turning back and continuing on his way. Tap, tap. People move for him, more from instinct than manners, and Sullivan fights down the familiar urge to dash across and grab hold of him. If he started shaking the old man, he knows he would never be able to stop.

So he forces himself to watch the old man amble away. Was Poole involved in this somehow? It seems unlikely. After all, he didn’t return little girls, did he? He took them away, carefully and precisely, so that it was possible to know but impossible to prove. Regardless, Sullivan knows where the old man lives. He searched the flat after Anna went missing. But there have been times since when he has parked up a little way down the street, in the early hours of the morning, and spent time wondering what he might be capable of doing to the old man.

Doris O'Connor by Riding Her Tiger
Theo by Ed Taylor
Esta noche, la libertad by Dominique Lapierre y Larry Collins
Us by Nicholls, David
Cocktail Hour by McTiernan, Tara
Before You Suffocate Your Own Fool Self by Danielle Evans
Weekend by Jane Eaton Hamilton
Nailed to the Wall: Powertools, Book 5 by Rylon, Jayne
Sins of a Wicked Duke by Sophie Jordan
Taming Lo: A You and I Novel by Melissa Toppen
Our partner