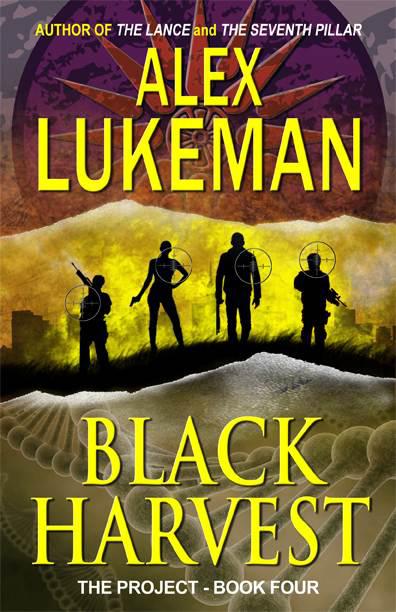 All rights reserved. No part of this publication may be reproduced, distributed or transmitted in any form or by any means except by prior and express permission of the author.

This is a work of fiction. Names, characters, organizations, places, events and incidents are either the product of the author's imagination or used as an element of fiction. Any resemblance to actual persons living or dead is entirely coincidental.

As always, the patience of my wife, Gayle. She sees many things I don't. Gloria, Penny, Tony-Paul, all of whom took the time to read and comment on earlier versions.
Sandy Bresnahan
read an early version and made very timely suggestions
.

Special thanks to Andrew Marino, who
went beyond the call of duty. He
used his writer's eye to look at the MS and
share
excellent
ideas
that helped me create a better book.

Thanks to readers. You make it worth the effort.

Sometimes it's better not to find what you're looking for.

The
last gasp of a bitter New
England
winter clenched the
campus at Dartmouth College in arctic cold
, but i
nside Rauner Library it was warm and comfortable.
James Campbell peered
through a magnifying glass at what he'd found.

N
ine
reddish-brown
clay
tablets
from
ancient Persia
, covered with writing
. The
marks were
as clear and sharp as the day
they had been
pressed into
the
clay
,
almost 2400 years before. Campbell made a final note on his laptop computer and closed it down.

Campbell was a stout man in his 60s. He had gray hair thinning back in a widow's peak from a face creased with years of peering though microscopes at tiny life forms that heralded death and destruction. He'd seen nothing alive under his glass tonight. Only the tablets that he'd found buried in the archives. They held a clue to the fulfillment of a dream. Or a possible nightmare.

It could be the key
, he thought.

Campbell made pictures of the tablets with his smart phone and composed two messages. A touch on the screen sent the emails and pictures on their way. He placed the phone and a copy of the writing in the case with his laptop. The tablets went back to their drawers in the restricted archives. He shrugged on his heavy coat, picked up the laptop and headed for the exit. It was late, but Campbell's status gave him access at any hour. A tired watchman rose from his chair and unlocked the door. There was a whiff of bourbon about him. Campbell stepped into the frigid night.

The ground crackled under his feet. The sky was a sea of brittle stars. Each breath of frozen air felt like the kiss of a razor, sharp and hurtful. He walked to his car, parked in the deserted lot. The windows were fogged. Odd, he thought, in this dry air.

The rented Volvo protested and started. Campbell waited for the engine to warm. He thought about the tablets.

Something sharp pressed across his throat. Adrenaline flooded his body.

"Don't move." In the rear view mirror, Campbell saw a dark face. The bones were narrow, the eyes hooded and dark.

"Don't speak unless I tell you. Understand?"

"You've been researching something. Answer, yes or no?"

Campbell swallowed. The blade made a thin pain against his Adam's apple.

"What have you found? I'll know if you lie. If you lie I'll cut off your ear. You believe me?"

"Yes." Something primal coursed down his spine, left over from an age when humans lived in caves. Fear.

"What have you found?"

"Records from Alexander's conquest of the Persian Empire, after he entered Babylon. Accounting from the King's treasuries."

"No." Sweat started on his forehead.

Campbell screamed as his ear flew onto the floor. Blood poured down his neck. Before he could move the knife was back at his throat, wet with his own blood.

"You're not a historian. You lied. Don't do it again. Tell me what I want and you walk away."

The man hadn't hidden his face. Campbell knew he was going to die. He thought of his wife, ill at home. Sudden sadness brought tears to his eyes. What would she do?

Impotent thoughts of survival flooded his mind. Maybe he could twist away. Use the laptop or car keys as a weapon. Pull the knife from his throat before it cut him. Scream, open the door, roll away.

Pain seared the side of his head. Blood ran down under his collar. He felt dizzy. The voice from behind was quiet. "I'm going to ask one more time. What have you found?"

Stall him. Maybe I can get my arm up in time.

"I swear, just lists of stores, what was in the treasury before the conquest. Records demanded by Alexander." That part was true. "Nothing of importance. It has all been seen before."

"Do you have the tablets with you?"

White fire slashed across his throat, through flesh and arteries and bone. Blood spurted over the windshield. Campbell grasped his throat with both hands, trying to stem the flood, choking on his life. He thrashed and gurgled and fell forward and died.

The man got out of the car, ignoring the mess slumped over the steering wheel. He went around the back, opened the front passenger door, took the laptop from the seat and walked away into the frozen night.

Nick Carter was done sleeping for the night. He'd had the dream about the grenade again. Now it was five in the morning. He waited for the sun to come up. Already on the third cup of coffee. He sat at the kitchen counter in his apartment and wondered why the dream kept coming back. It wasn't like he didn't understand why he had it.

Nick was Director of Special Operations for the Project, a black ops intelligence unit that reported only to the President. The title was a fancy way of saying he got to plan missions and call the shots in the field. He didn't get to say anything about how or when people might shoot at him. The real Director of the Project was Elizabeth Harker.

Right before Harker recruited him into the Project, back when he was recovering from the grenade that almost killed him, the shrink told him the dream was a way for his mind to try and work out an irresolvable inner conflict. That helped about as much as telling him the reason he had the dream was because he had the dream. The shrink had another term for it: cognitive dissonance. What happened when reality rammed head-on into belief and won. Shrinks always had a term for something.

He knew goddamned well why he had the dream. Since he knew it, why did he keep having it? He'd been down this road before, playing out the loop in his head. It never got anywhere.

To hell with it.

He got up, took eggs from the refrigerator, bread from the pantry. He got a pan from the drawer, turned on the stove and dropped butter in it. He popped the bread in the toaster, scrambled the eggs and dumped them in the pan.

As he ate he thought about the dream again.

They come in fast over the ridge, the rotors chop-chop-chop overhead, toward a miserable village baking in bright Afghan sun. A rough dirt street runs down the middle between the houses.

He's first out and hits the street running, M4 up by his cheek, his Marines stringing out hard behind him. Houses line both sides of the street, the walls pocked with holes from some long forgotten firefight. On his left is the market, a makeshift collection of ramshackle bins and hanging cloth walls. The butcher’s stall is engulfed in flies.

He's in the market. He can smell the adrenaline sweat of his fear. He keeps away from the walls. A baby cries. The street is empty. Where are they?.

The rooftops fill with bearded men armed with AKs. The market stalls explode in a blizzard of splinters and plaster and rock fragmenting from the sides of the buildings.

A child runs toward him, screaming something about Allah. He has a grenade. Carter hesitates, it's a child. The boy is maybe ten years old. Maybe twelve. He cocks his arm back and throws as Nick shoots him. The boy's head explodes in a cloud of blood and bone. The grenade drifts toward him in slow motion...everything goes white...

Nick came back to the kitchen. He was sweating. He looked down at his hand, white knuckled around the coffee cup. His eggs were cold. The coffee was cold. He'd been gone, back in that village. That hadn't happened for awhile, not since Pakistan, right before Selena got shot.

That had been bad luck, running into a Taliban unit in a snowstorm after a bloody encounter in the high country of the Hindu Kush. Her armor had saved her. Barely. He'd carried her back to the LZ, hoping she'd be alive when he got there. She'd survived. That was what mattered.

Selena. He couldn't sort out his feelings about her and he was tired of thinking about it. He decided to go to work early and hit the gym. Before the traffic got bad.

The gym in the basement of Project headquarters smelled of sweat and stress and dry air from the heating system. Gyms weren't much fun anymore but his old wounds waited in the wings. If he didn't work out he'd lose his edge. The gym required no introspection. It was something he understood.

After an hour on the machines he began jumping rope. He caught himself in the big mirrors. Hard looking, six feet of tension, 200 pounds. Looking in the mirror he thought that if he didn't know who he was he might have scared himself. He wasn't going to win any awards for beauty, that was for sure.

There Was a Little Girl: The Real Story of My Mother and Me by Brooke Shields
Hitler's Daughter by Jackie French
Longarm 245: Longarm and the Vanishing Virgin by Evans, Tabor
Michael's Secrets by Milton Stern
The Pretender by Kathleen Creighton
The Origin of Satan by Elaine Pagels
[email protected] by Andrei Codrescu
The Prospect: The Malloy Family, Book 10 by Beth Williamson
Rise of the Fey by Alessa Ellefson
Her Yearning for Blood by Tim Greaton
Our partner