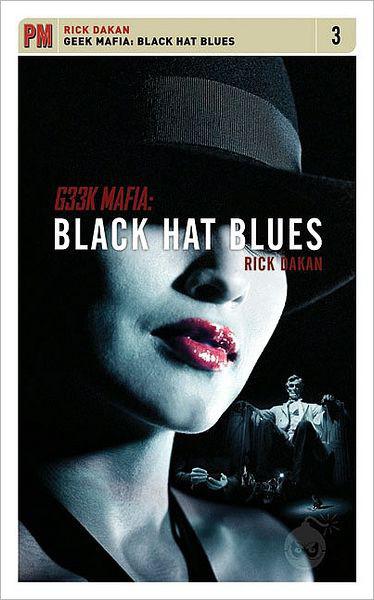 Printed in the USA, on recycled paper.

This work is licensed under the Creative Commons Atrribution-Noncommercial-No

Derivative Works 3.0 License. To view a copy of this license, visit http://creativecommons.

Thanks to All The Hackers

This is a work of fiction, so let’s keep that in mind, but it wouldn’t

have been possible to write this book without the welcoming, friendly,

non-fictional hackers from all over the United States and Germany.

I spent the better part of a year traveling to hacker cons, interviewing

exception the organizers, speakers, and attendees I talked to welcomed

me into the fold and helped me to, I think, really understand the world

of hacking. It’s a community I’ve come to love and now consider myself

a part of. So some of you out there might recognize yourselves in this

book, some of you are even mentioned by real name. In the latter case,

world reportage. Many other incidents herein might seem familiar to

them, and I hope you’ll get a smile or a thrill from my fictitious versions.

For everyone else, welcome to the world of hacker conventions. If

couple months before I attended my first), I encourage you to get online

and find out more. Watch some videos of some talks, check out some

websites, and if it looks interesting to you, try it out. What’s the worst

that could happen? Well, I guess this book is one version of the worst

that can happen, but really, you wouldn’t be this crazy, would you?

“I was going to, but even at this one I never log on using the wireless

stolen too.” Paul Reynolds smiled at the overheard bit of conversation

huddled outside the hotel entrance. It was a relief to take the awk-

ward twirl through the revolving door and come in from the cold. No

one seemed to pay him or his pizzas any attention. This crowd had

seen a lot of pizza delivered in its collective lifetime. He picked up

conversation clusters that milled about the spacious and surprisingly

elegant hotel lobby with no purpose other than to meet, greet, and

discuss the topics of the day. “They have Jason Scott speaking oppo-

site Dan Kaminsky again… How many Shmoo balls are you going

to buy?… I actually kind of hate room parties… You have to try the

seeing if I actually start hallucinating in code.”

vention in—usually they inhabited rundown economy chains out by

in Washington D.C. catered to businessmen, politicians, and lobbyists

of a “hacker con.” But looking around the crowd, he recognized the

quintessential types well enough after a year of moving among them.

pated, but there were still more of them per capita than even a hotel

lobby catering to traveling business execs was used to. And a lot more

of those machines had stickers advocating various flavors of Linux or

BSD or proclaiming the owner’s allegiance in the great pirates vs. ninjas

debate. Paul came down firmly on the side of the pirates of course.

The con hadn’t even started yet, and Paul knew that there would be

hundreds more hackers arriving over the course of the evening, and

tomorrow morning the large ballrooms up the escalators would fill with

over a thousand people interested in hacking, hackers, or hacker cul-

ture. There would be parties, and arguments, and debates, and games,

presentations. And unlike the previous cons he’d been to, this time he

would miss almost all of it. He wasn’t even registered to attend. In his

polo shirt, cardigan sweater and khakis he looked more like a vacation-

ing yuppie father of two toddlers than your typical con attendee, but

that was just his cover. Just like the con itself was providing cover for

why he was really in DC and what he and the Crew were planning.

and cut down the wide, carpeted hall past the Starbucks and the bar,

headed towards an unmarked door tucked into one corner. He balanced

noticed him. No one he could see did. Inside and up five flights and

out again, an exertion that would have left him breathless a year or

two earlier. Down the hall to the right, and three quiet knocks on the

door. He saw someone’s head block the thin trickle of light through the

peephole and he shook his head slowly to the left and then the right.

Latches unlocked on the other side and the door opened. Chloe smiled

and ushered him and the pizzas inside.

He scanned the suite for some empty, pizza-box sized surface, but

found no likely candidates, so he placed them on top of the stacked

luggage in the corner to his right. The others didn’t look up from their

various pressing tasks, and Paul didn’t want to distract them. The food

would be there for them when they remembered they needed to eat.

“What’d I miss?” he asked Chloe, who apparently needed to eat right

now judging by the way she scooted past him and flipped open a box.

a little more thigh than might be considered strictly professional. Then

stylish cut in an even less business-like manner. But Paul knew there

“On the bottom I think.”

“Not much. Things are finally up and running downstairs so we’ve

got c1sman back with us. Their network’s up. Ours is up. The outside

connection is, and I quote, ‘mostly up,’ whatever that means.”

“And the hotel connection?”

more tired. Are these mushrooms from a can?”

Chloe took two slices anyway, and Paul turned to the rest of the room

just to make sure they realized food was here. “Pizza,” he said in a loud

clear voice. At the desk across the room a slightly pudgy, Asian woman

a lithe, athletic man with soft, strong features, a silk kimono, and just

enough make-up on his nut brown skin to make him beautiful, reclined

in the chair in the corner behind her, He smiled up from behind his

laptop at Paul and nodded, but he never ate pizza. Spread out on the

a scraggly light brown beard and a black t-shirt. His eyes flicked up to

Paul could see how nervous he was. This was all new to him. Well

not
all
new. The hacking was old hat. Hacking as part of an elaborate

scheme to ruin someone’s life was the new part. He glanced at Chloe

and she twisted her mouth into unspoken agreement with his analysis.

Paul went over and took a seat on the couch. “Alright, c1sman, walk

me through this. Where are we at?”

“We’re in the weeds, buddy,” c1sman said. He had a mild southern

accent to his deep voice, and Paul thought he sensed a slight quavering.

He was tired of course. He probably hadn’t slept for two, maybe three

“It’s not the weeds,” Paul assured him. “It’s the tall grass. We’re in

the tall grass and they don’t see us coming. So walk me through it.

C1sman dragged his top teeth across his bottom lip, pulling on some

stray beard hairs and then turned back to the screen. “Well, it took

figured it out. It was like you said, they were so busy dealing with all the

they didn’t notice my little additions. And really we were almost totally

screwed because for, like, two or three hours, even I wasn’t sure we’d

get it up running. And then I thought it was my stuff—our stuff, the

thing for our thing, I mean, that was screwing things up, but it wasn’t.

tired, right? So anyway, it wasn’t me. Us. And I’ve just checked on it and

for the demo tomorrow.”

“So we’re set,” said Paul, wanting to be sure that The Onion Router

(TOR) set-up was working right since it was crucial to their plans.

the internet through, routing the signal around various machines in a

way that makes it almost impossible to trace them back to their origin.

Almost impossible, and c1sman had come up with some innovations for

making it even closer to impossible, even if someone was monitoring

the traffic as it came in and out of the the TOR.

“We’re set on the anonymizer front, yeah. And we’ve got about half

that. My little beasties are all in place and as of my last check… well,

of him. A table of numbers and letters streamed past and Paul saw what

he recognized as a long list of IP addresses flowing by. These were the