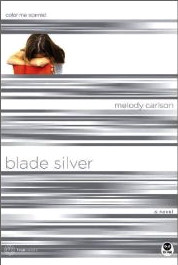 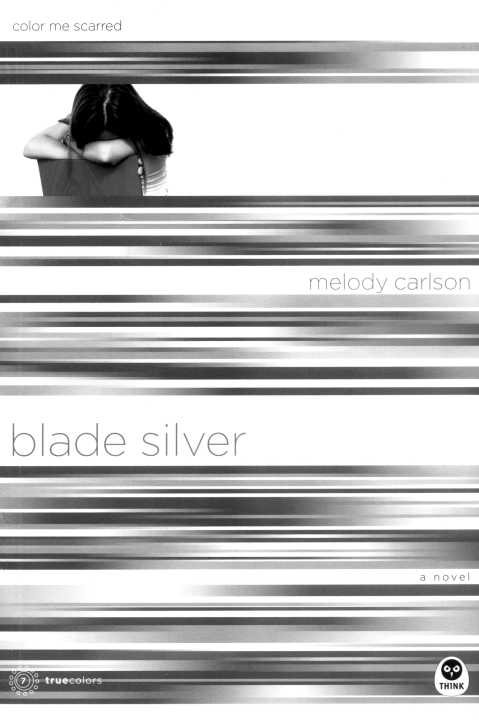 Other Books by Melody Carlson

SOMETIMES I FEEL LIKE I'M ABOUT TO EXPLODE. OR MAYBE I WILL IMPLODE.
I'm not really sure, but I think it's going to get messy. And I think
someone's going to get hurt. Probably me.

I turn my CD player up a couple of decibels. Not loud enough
to attract his attention-I don't want that-but loud enough to
drown out his voice as he rages at my fourteen-year-old brother. I'd
like to stand up for Caleb. I even imagine myself going out there
and bravely speaking out in my younger brother's defense. But the
problem is, I'm just a big chicken.

Besides that, I know what will happen if I try to tell Dad that
it's not Caleb's fault, if I try to explain that Mom forgot to give us
lunch money again today, and that Caleb was just trying to get by.
But I can tell by the volume of Dad's voice that it's already too late for
reasoning. And while I can't discern his exact words over the sound
of Avril Lavigne's lyrics, I can feel them cutting and slicing through
Caleb-and through me.

I imagine my younger brother shredded and bleeding out there.
A big red puddle spilled out across the pale yellow linoleum in our
kitchen.

My dad never hits us with his fists. He never slaps us around or
takes off his belt. He's too concerned about leaving welts or bruises, something that someone might notice. But his words are worse than
a beating. And they leave invisible scars-scars that never seem to
fade.

Finally it gets quiet out there. I hear Caleb's bedroom door,
across the hall from mine, closing quietly. He knows not to slam it.
That would only prolong the agony. And after a bit, I hear the door
to the garage bang shut and then my dad's Ford diesel truck roaring
down the driveway and onto the road.

I know that it's safe to go out now. Still feeling guilty for not
defending Caleb, I creep out and stand in the hallway, hovering like
a criminal in front of his door, my hand poised to knock softly, ready
to go in and tell him I understand how he feels and that I'm sorry,
but I can hear him crying now. And I can hear him punching something. It sounds like his pillow or maybe his mattress-pow pow
pow again and again-and I know that trying to say something to
him while he's like this will only make things worse.

The last time I tried to comfort him, he got seriously angry at
me. He told me that I didn't understand anything. He said that Dad
might come down on me sometimes, but never as hard. "You're
Dad's favorite," he finally spat, slamming his door in my face. And
so I know better than to say anything when he's feeling this mad.
But it worries me. What if he becomes like Dad? What if the day
comes when I can't even talk to him about anything?

I look at the closed door at the end of the hallway. My parents'
bedroom. I know that Mom is in there. I can hear the little TV playing quietly, strains of that obnoxious jeopardy! theme music. It's
her favorite show. When she's feeling good, she can get most of the
answers right. But she's been in one of her "down" moods for several
weeks now. No telling how long this one will last.

As much as I hate to disturb her when she's like this, I know this is my best chance to ask her for lunch money-for both me
and Caleb. Either that or I'll have to see if there's anything in the
kitchen that I can use to make us lunches for tomorrow. Either way,
I have to make sure that Caleb does not have to borrow money from
anyone. I don't know why he went and bummed lunch money from
Sally today.

Sally is our cousin. Her family lives in a nicer neighborhood a
couple of miles from here, and although she may be good to loan
out a buck or two, Caleb should've known she'd tell her dad (who is
our dad's older brother). Caleb should've known that Uncle Garrett
would call our dad to rib him about Caleb begging money from his
precious Sally today. And that's exactly what happened, and that's
what ignited our dad's highly volatile fuse tonight.

But in all fairness to Caleb, if it hadn't been the lunch money, it
would've been something else. Like a trash can still sitting out on
the street, a bike parked in the front yard, shoes left on the floor
in the living room ... it doesn't take much. Dad went ballistic one
night last week just because someone left the hose running. Turned
out it was him. But he never apologized.

His solution after one of his tirades is to leave here enraged. He
goes to one of two places. He wants us to think he's at his friend
Jimmy's house, where they mess around with the restoration of an
old Corvette and drink cheap beer. But he spends a fair amount of
time at The Dark Horse Tavern. It's a sleazy-looking place on one
of the side streets downtown. He parks his pickup in the back and
hangs out there until he's forgotten whatever it was that made him
so angry.