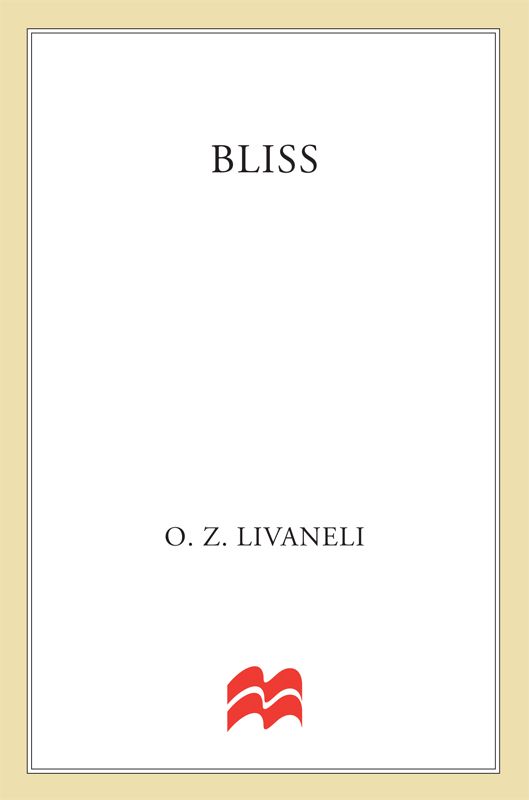 The Professor in Crisis

Life Is a Joke

Why Don’t the Cocks Crow?

At Night Don Quixote, Sancho Panza in the Morning

The Hero in Town

A Sailboat on the Open Sea

The Island Suspended in Air

Have You Ever Seen a Miracle?

Only People and Fish Get Depressed

A Call of Young Bodies

It Takes One Human to Heal Another

Everyone Has a Secret

The House That Smelled of Orange Blossoms

What Did the Donkey Say?

When this novel was published in various languages, I received many questions from readers around the world. I was not surprised when I received similar questions from Turkish readers, too. The diverse styles of culture in Turkey—a country that shelters acute conflicts to the point that it might seem there are, in fact, two or three different countries within the same country—evoked such questions. Even some Turkish readers were unaware of the details of these varied cultures and lifestyles.

My valuable editor, Diane Reverand, who interpreted the novel like a virtuoso, provided superb guidance during the preparation of the American edition, enabling me to make necessary changes and incorporate answers to many possible questions. I am indebted to St. Martin’s Press and Diane Reverand for this special English edition.

Words are insufficient to express my gratitude to my dear friends Leyla Topal and Jim Ottaway, who helped bring the novel to New York and to St. Martin’s Press all the way from the shores of the Aegean Sea, ensuring that it landed at its destination safely. My thanks also go to Robert and Peter Bernstein, who represented the book excellently.

In addition, I extend my thanks to Çiğdem Aksoy Fromm, who translated the novel from Turkish to English; to Brian Johnson, who proofread and edited it; and to Angela Roome, who re-edited it. Finally, I must express my deep gratitude to my dear wife, Ülker, and my daughter, Aylin, who were by my side during the process of writing the novel and supported me with their ideas and valuable criticism.

In Turkish, there is a saying that “one hand has nothing, two hands have sound,” meaning that two hands are better than one and that many hands make the work lighter. This novel was brought to you through the hands of many people. The art of literature in the world continues to stand erect thanks to numerous honorable hands.

In a dream as deep as the waters of lake van, fifteen-year-old Meryem was flying through the air, her pale naked body pressed against the neck of the phoenix. The phoenix was as white in color as Meryem’s own slender form, and it flew as lightly as a feather, carrying her smoothly and safely through the clouds.

Clasping the bird’s neck, Meryem felt full of bliss. The cool breeze gently caressing her bare neck, shoulders, and legs made her shiver with happiness.

This was the bird of her grandmother’s stories; the bird praised nightly by that tall, thin woman, whose looks terrified everyone. The bird had come at last, gliding through the vast infinity of the sky, to land right in front of their house. Picking out Meryem from among everyone else there, the phoenix had risen into the sky, carrying her on its back.

Meryem knew from her grandmother’s tales that the phoenix must be given milk when it squawked and meat when it sang. If these conditions were fulfilled, it would carry you from one land to another without stopping, but if it did not get what it wanted, the sacred bird would become enraged and fling you from its back. Meryem had often heard this and knew it must be true.

Far below glittered the blue waters of Lake Van. On its shores there rose a great city, resembling, by all accounts, the city of Istanbul, about which Meryem had heard so much. She could hardly take her eyes off it.

Suddenly, the phoenix squawked, a sound that reverberated stridently in her ears.

“Where can I find milk for you, blessed bird?” Meryem wondered. “What can I find to milk in the sky, supported by a thousand pillars?”

“Where in heaven’s name am I going to find milk?” she asked again. “The sorrel cow whose full udders I milk each morning isn’t here.”

The giant bird squawked even louder, frightening Meryem, for the bird shook itself angrily, as if it wanted to hurl her from its neck.

“Please!” she begged. “Can’t I give you milk when we get back to earth? I’ll milk the sorrel cow and give you as much of its sweet milk as you wish.”

At that moment, it occurred to Meryem that if the cow had huge udders, she had her own small breasts. Squeezing one of them, she saw that drops of milk trickled from the rosebud nipple. She bent forward, wetting the bird’s head with her warm milk. Suddenly the flow increased; the first few drops became a stream, then poured out in a copious fountain.

The sacred bird drank the warm milk that dripped down its neck and was appeased.

As the cool breeze caressed her body, Meryem floated on without a care. She felt weightless, as if she were one of the pure, white clouds drifting along beside her.

After a time, she heard the voice of the phoenix again. It was now singing sweetly.

“Ah, my dear bird, where in the seven circles of the universe am I going to find meat for you?”

The bird repeated its song, and once more she began to plead with it—this time she really had nothing to turn to. The phoenix then screeched so hideously that Meryem felt the end of the world had come.

“O glorious bird! Holy, blessed bird!” she cried. “I beg you, please don’t throw me down!”

Her fears were not realized. The phoenix did not fling her from its neck.

Meryem saw that they were approaching a mountain piercing the sky with its towering summit. The mountain was so high that the clouds hung below the serrated cone cutting through the white mist. The bird placed Meryem on the sharpest rock of this lofty peak, which seemed to stab into her back. Her slim, naked body shook violently, shuddering with cold and fear.

Without warning, the phoenix began to change. Sprouting coal-black feathers, its white head turned to darkest ebony, and its beak lengthened into a pair of bloody pincers. The phoenix screeched, jarring heaven and earth, and all the other birds fled away in fear.

Meryem was terrified. “I know it wants meat,” she thought. “It must have meat, so it must want to eat my flesh. First it drank my milk, now it’s my flesh it wants to devour.”

The giant bird plunged its bloody beak between her thighs—into that disgusting and accursed place of sin. “I’m just imagining it,” Meryem reassured herself. “It’s just a nightmare, that’s all. It can’t be real.” But this thought brought her no comfort.

Meryem struggled to push the bird’s coal black head away from her thighs, but the phoenix was too strong for her. It took no notice of her tiny hands, but kept digging into her, ripping out pieces of her flesh.

Suddenly, in a flash, the bird’s head became human, and she saw a man’s face covered with a dark growth. Meryem recognized her uncle with his black beard.

“Uncle, please give me back what you’ve torn out,” she begged.

The bird with the human head and bearded face gave her the mangled pieces of flesh and flew off into the heavens.

Meryem was left alone on top of the mountain. She gathered the pieces one by one and put them back where they belonged. Each piece adhered to its place and healed immediately.

With a start, Meryem suddenly awoke.

She opened her eyes—the eyes that everybody in the village talked about. Large, unusual eyes, where a thousand and one different shades of green and hazel blended, those unseeing eyes, which had inspired admiration in some and in others enmity. Her grandmother, before she died, had often embraced her, saying, “This girl’s eyes outshine the sun.”

Meryem realized she had been clasping the place between her thighs so tightly with both hands that it hurt.

In one respect, at least, it was good to be awake. At least she no longer felt so afraid. She had wiped the thought of her uncle from her mind; now it was the phoenix that replaced him in her memory.

She no longer remembered the hut by the vineyard at the edge of the village where she had gone to take her uncle his food. She no longer recollected how the man had thrown himself on her and violated her; nor how she had fainted; nor even later, when she had come to her senses, how she had rushed out of the hut and ran madly down the road. It was all buried deep in the shadows of her mind.

Two young men had found her near the graveyard, her skin scratched by thornbushes, dried blood on her legs. Delirious with fright, she had fluttered like a wounded bird. They carried her through the village marketplace and brought her home—where everyone was stunned into silence. Too afraid to discuss the incident, Meryem’s family had locked her in the damp and dingy outhouse they called the barn.

Meryem spoke to no one about the rape in the vineyard hut, nor did she reveal the identity of her attacker. In fact, she began to doubt it had ever happened. Perhaps it had just been a dream. Her memory was blurred, and she could not remember what she had done after regaining her senses. It was all so confused, so impossible to think of, though she could not imagine ever saying “uncle” to him again. She thrust the event to the farthest corner of her mind. Yet, even there, out of conscious reach, it still lay lurking—ready to surface again in her dreams.

The barn, where her thin mattress lay on the ground, was dark. Feeble beams of light from the courtyard flickered through the cracks in the aged wooden door and the tiny hole in the ceiling. In the dimness, the shapes of discarded saddles, saddlebags, halters, harnesses, a pitchfork abandoned in a corner, bundles arranged in rows on the wooden shelves, a bag used to store dried phyllo dough, thin sheets of sun-dried grape pulp, and grain sacks were all indistinguishable, but Meryem knew by heart the place of each and every one of them.

Trainwreck 2 (Trainwreck #2) by Nelle L'Amour
Passion Projected by Salaiz, Jennifer
Summoning Shadows: A Rosso Lussuria Vampire Novel by Pennington, Winter
Cryostorm by Lynn Rush
Linda Crowder - Jake and Emma 01 - Too Cute to Kill by Linda Crowder
The Quiet Twin by Dan Vyleta
Back to the Future by George Gipe
In Wilderness by Diane Thomas
Honor Bound by Elaine Cunningham
Infierno Helado by Lincoln Child
Our partner