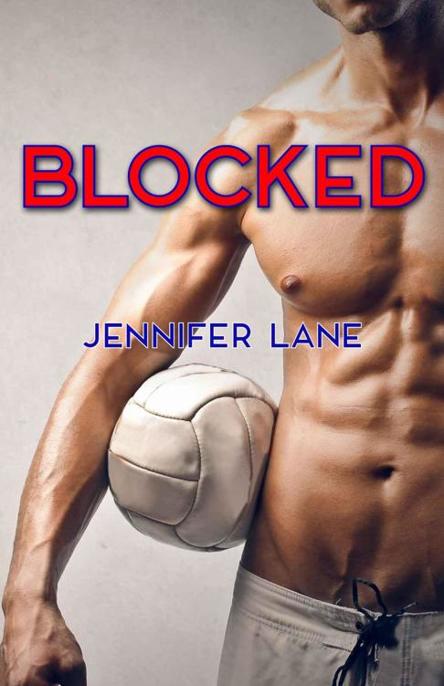 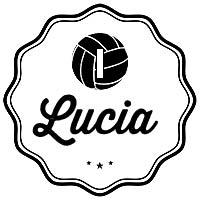 A
S
I P
LOPPED
D
OWN
on the bleachers and scanned my new teammates around me, one word came to mind:
heaven
. I wasn’t the tallest girl in the gym for the first time in my eighteen years on earth.

The teammate on my right studied me, and I checked her out too. She was about my height—she probably blocked the ball like a wall of concrete—but she was way thinner than me. Her long blond hair glimmered in the overhead lights, and her unflinching stare just about guaranteed she was a junior or senior. She looked a little like the supermodel Gisele Bundchen. Was she the best hitter on the team I’d read about: Madison Brooks? No, Madison had appeared Black in the action shot I saw in the volleyball team media guide.

When the Gisele-lookalike turned to talk to another teammate, I scanned back over the rest of the twelve or so girls sprawled on the bleachers. It was easy to find the one who must have been Madison…her big smile and little wave from the front row were hard to miss. I lifted my hand to wave back, then panicked.
Is she smiling at me?

I peeked over my shoulder to make sure, then looked back down to find her smirking as she pointed and mouthed, “Yes, you.”
Great, the team captain thinks I’m an idiot before our first practice has even started
. I was acting every bit the stupid freshman I didn’t want to be.

Madison wore a sleeveless shirt, which drew attention to her shoulder muscles and long, lean arms.
Hijole, she’s fit.
With a growing sense of alarm, I realized I likely outweighed every girl on the team.
Awesome
. I pursed my lips.
Thanks, Mom and Dad. Gracias for your fat Mexican genes.

The squeak of a door interrupted my inner diatribe. Coach Holter crossed the shiny gym floor with long strides, followed by his two assistants—Brian and Kara. Kara had sounded really kind during our phone conversation last week, and I hoped she was as nice in person because
somebody
had to balance out Wyatt Holter’s scary intensity. I noticed my teammates sitting up straighter as Coach approached. The same gruff voice that had made me tremble on the phone a week ago now addressed the team.

“Welcome back, and I hope you had a relaxing time off,” Coach said.

“Because we’re getting right into it this August,” he continued. “If you aren’t fit now, you will be soon—we’ll make sure of that. We’ll take advantage of our time before classes start in a couple of weeks. Our first order of business is some compliance paperwork over at Griffin. Let’s—” He frowned as Kara leaned in to whisper in his ear. He glanced at his watch then nodded. “Right. We should have the freshmen introduce themselves before we head over.”

My cheeks flamed when all eyes turned to me. Surely I wasn’t the only first-year student on the team.
But everyone must know who I am, right? Should I say my name?

When nobody said anything, Kara glanced at me before she spoke up. “The upperclassmen already know most of the freshmen from their recruiting visits, but why don’t we refresh everyone’s memory? Kaitlyn, would you introduce yourself?”

Right—everyone else already knew each other. I hadn’t visited this Midwestern university because I was all set to play down south for my home state at the University of Texas…until that situation crashed and burned ten days ago.

A girl with spiky black hair said, “I’m Kaitlyn Thomas, and I’m from San Diego.” On the short side, she was probably a setter or a defensive specialist. “I’m a libero.”
Bingo
—she played defense. I hoped those spindly legs of hers were quick.

“Thanks, Kaitlyn,” Kara said, then nodded to a long-legged girl. “Brianna?”

Brianna sat up a little straighter, but I heard nothing from my perch on a higher row.

When she turned to face the bleachers, the poor girl looked terrified. “I’m Brianna?” Her voice trembled, and she forced a swallow. “I’m from Pittsburgh.”

There was a pause, then Coach said, “She’s a powerful outside hitter, if you can believe that.” He emitted a little chuckle.

Was that supposed to be a joke?
I shifted a bit, feeling uncomfortable as Brianna stared at her shoes. I did
not
want to get on Coach’s bad side.

Oh, crap
…now he stared straight at me. “Our last freshman was a recent addition.” As he gestured my direction, all eyes zoomed up toward me. I gulped. “I think Lucia Ramirez needs no introduction,” he continued. “But, Lucia, I want you to tell everyone how you joined us so late in the game.”

My heart thrummed, and I sat on my hands to hide their shaking. Dad would be angry that the public speaking lessons hadn’t helped one bit. “I had a scholarship at UT, uh, University of Texas,” I managed. It seemed like everyone looked at my midsection, so I wrapped my arms around my muffin top. “I’m from Houston. But the head coach at Texas just resigned…” I wasn’t sure if I should mention the scandal leading to his resignation. Coach’s hard stare made me decide to drop it. “So, um, I was looking for another top-five program, and we called Coach Holter, and…”

He actually smiled at me. “And we were lucky we had some scholarship money available at the last minute. Welcome, Lucia.” When his eyes drifted above me, his smile faded. “I don’t recall inviting Secret Service to this meeting.”

I’d forgotten about my new companions, Frank and Allison, and I glanced back to find them sitting in the top row of the bleachers. My face lit on fire.

“Sir,” Frank boomed as he nodded at Coach. “We haven’t had time to brief you yet, but you can be assured we’ll be attending all volleyball team functions. Where Ms. Ramirez goes, we go.”

I swiveled back around to catch Coach’s scowl.
Great.
I’d already angered him, five minutes after meeting him. So much for my hope that life would be more normal here than in Texas, where the media had hounded my family non-stop.

The Gisele-lookalike nudged me and whispered, “Adolfo Ramirez is your
dad?”

Her perfect little nose wrinkled with distaste. “So you’re against abortion.”

Here we go
. Dad had warned me that universities were “bastions of liberal orthodoxy,” and here was my first induction into the faith. “Why do you want to know?” I whispered.

Her blue eyes narrowed. “You’re pro-life—I can tell. No one messes with
my
body.” She tossed her hair. “But I don’t have to worry—your dad won’t win anyway.”

My dad
will
win
, I silently countered, even as I smiled sweetly. I couldn’t wait to spike the ball right through her block, no matter how tall she was. In health class we’d learned that if Barbie were human, she’d be six feet tall and weigh one hundred pounds, and Gisele seemed pretty close to those dimensions. By contrast,
my
doll representation would be more like Barbie’s Fat Mexican-American Republican sidekick.

“Nina,” Coach barked, zooming my attention back on him. He glared at the supermodel formerly known as Gisele. “Time to head to the compliance meeting. Lead the way.”

Nina popped to her feet and hustled down the bleachers. The rest of the team followed suit, and I found myself pulled along in a stream of tall, built women on a brisk walk out of the gym. I looked over my shoulder and saw Secret Service Agent Allison wink at me before she slid on her aviator sunglasses. Hot, stagnant air greeted us as we filed out the door, but it was nothing like the blanketing humidity of Houston. I bet Allison and Frank were more comfortable in their constant suit jackets here in the north.

I stiffened as Coach Holter and his assistants approached me. We maintained our quick pace as they each shook my hand. “When did you get into town?” Brian asked. He was tall and lanky—I bet he’d played college ball.

“That’s not much time to get settled.” Kara smiled.

Self-consciously, I played with the tip of my braided ponytail. I’d mastered the sporty do years ago. “My dad asked me to attend his speech in Detroit yesterday.”

“Must be tough to be the daughter of the Republican nominee for president.”

You have no freaking idea
.

“I saw that speech on TV,” Coach said. “Governor Ramirez made a big deal about you playing for Highbanks University when he introduced you to the crowd.”