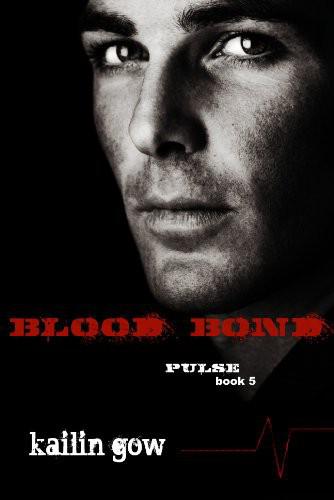 Published by THE EDGE

THE EDGE is an imprint of Sparklesoup Inc.

All Rights Reserved. No part of this book may be reproduced or transmitted in any form or by any means, graphic, electronic, or mechanical, including photocopying, recording, taping or by any information storage or retrieval system, without the permission in writing from the publisher except in case of brief quotations embodied in critical articles and reviews. Do NOT post on websites or share this book without permission from copyright holder, as it is a copyright violation. We take piracy seriously. Fines of copyright violation is the penalty of over $250,000.

All characters and storyline originated and is an invention from Kailin Gow. Any resemblance to people alive or dead is purely coincidence.

This book series is dedicated to all the nameless volunteer blood donors, my doctor, and nurses at Las Colinas Medical Center in Texas who helped me pull through when I had suffered extreme blood loss, blacked out, and nearly hit my head on the floor. Your team gave me bags of blood for transfusion, which helped restore me to a level of safety.

My body craved the blood to keep alive, yet the thought of having to receive the blood from others because my own body couldn't generate it fast enough, made me empathize with vampires like Jaegar and Stuart.

When faced with death by blood loss, you realize how precious that blood in your veins and that beat in your heart are. Thank you blood donors around the world for providing this pulse for me and everyone who may at one point or another require your gift.

T
he wind whipped against them as they moved; the stars grew bright and them dim again, shimmering faintly against the velvety sky. They had vanished over the Atlantic Ocean and felt the salt spray them, but that was an hour ago – and in that time Kalina's muscles had begun to ache with the effort of holding on. She could not let go – letting go meant falling. And even if her muscles had slacked, her desire for him would have kept her close. Even with this exhaustion in her bones, these muscles clinging to him as they flew against the rising of the sun, trying to outstrip its heat and danger, Kalina wanted nothing more than to stay close to him. She could smell the musk upon him, the delicate smell of leather on the jacket he wore, the deeper-still intoxication of the smell of his blood. For she
could
smell the blood, now – the Carrier blood within her had come to its full fruition, and although she did not hunger for it as vampires did (a hunger to bite, to eat, to consume), it nevertheless prickled her desires. Octavius’ arms were muscular and taut around her, and as they found land once more beneath them (speeding rapidly through Spain, through France, then eastwards still until they had dotted the Black and the Caspian Seas), Kalina could not help but wish that it would always be like this. She never wanted to move; she never wanted to change. She wanted to rest, contented, in his arms, in the glory of being near him, the glory of nearness.

“We're almost there,” Octavius whispered, and his voice thrilled her. It was tinged with sadness – Kalina knew why – and yet in its melancholy Kalina heard something deeper than mere misfortune. It was the sadness of centuries of loss, centuries reawakened by this latest blow. She knew how he had suffered; she knew that he had witnessed much loss, much pain, since those days of Ancient Rome during which he had known a life like hers.

She ached to comfort him and knew she could not. She had lived nearly eighteen years; he had lived centuries. How could she find some commonality with him – how could she explain that she, too, understood what it was like to live apart, to witness the death of those one loved, to know that one's life would never be fully human.

For she was a Carrier; she felt that now, more keenly than she had ever felt it. She was not human. She was not a vampire – but something unnatural and strange had made its way into her blood. She did not move as humans moved; she did not think or feel as humans thought or felt. The realization – coming to her fully as she remembered the latest fight with Mal, the dark strength that had taken over her – made her sick and proud at the same time. Proud that she could fight, that she could defend herself, that she could hold her own amid the so many who had died to keep her alive.

Because if she was not human, not vampire, but only this strange and in-between creature – what was she? She felt repulsed by her own body, her own nerve-endings and the scent of her blood. What
was
she that so attracted vampires, the scent of her blood driving them to such madness? What
was
she that she could not live, as her brother did, a normal life, peace and quiet and medical school?

But did she even want it? She had never wanted normalcy as a child; she had wanted to be special, to be different, to be great. And now, flying to the heart of Mongolia, the desert sands harsh against their skin, blistering against her hands and feet, Kalina felt at last the full weight of that difference. But she didn't want to be anywhere else. She was in Octavius’ arms – the arms of the man she loved but could not have. The man who would not let her have him.

They landed two hours later at an old caravanserai – the ruins of what had once been a great Silk Road palace, welcoming merchant travelers with their caravans piled high with silks and spice and gold. Most of the caravanserai had since collapsed, but a portion of it had been built up again in its old historic style. The archways stood glorious and imposing before her.

“We're about two hundred miles east of Ulan Baatur,” Octavius said. “You know, there's a legend that Gengis Khan used to stay here.” He gave a grim smile. “More than a legend. You see, I knew him. I stayed here then. He was one of us, after all.”

The steppes were dark and forbidding. She looked out at the moonlight and could see only endless stretches of tundra sand and the prickling sensation of incipient frost. In the distance she could hear the footsteps of horses – wild, she imagined – and she shivered at the loneliness of it all.

But she was not lonely. She was with him.

“It's one of the Order's outposts, now,” said Octavius. He did not look at her. She knew that he was remembering, as she was remembering, the last time they had gone alone together abroad. But that was a different story. That was a different life. Octavius had taken her away, shown her the world through his eyes, taken her to museums and told her stories of his old life. With him, she had felt that she stood on the precipice of something greater, of something so much
more
than this life, this century, this world. She had listened to anecdotes involving Dante and Caesar (he had
fought with Julius Caesar!
)
;
she had studied him with a mix of intellectual curiosity and fear that had, gradually, turned to love. He had sought to make her love him – to compel her to give to him her Life's Blood, the secret of mortality.

And then she had loved him –
she had! -
and he had refused her. He had stopped all at once his pursuit of her, and now she was pursuing him in his retreat! Jaegar and Aaron and Stuart (Stuart! Where was he now?) - they had all loved her easily, too easily. They were Octavius’ offspring, after all; they shared in his blood-bond with her.

And with them she had developed a series of loves – each leading into the next, her love of one based in a complimentary love of the other, so that she could not conceive of her relationship with any one of them apart from her love of the rest. She did not love Jaegar-alone, or Stuart-alone, but loved this connection she felt with all of them – the bond of blood that called them to her and called her back to them.

Octavius’ blood. His blood in them. Their maker's love for her. The bond they all shared.

He showed her around the palace, pointing out her room to her (the very end of the hall, she noted. As far from his bedroom as possible – did he hate her that much? Or trust himself so little?), ordering the servants to prepare something for her to eat (and she knew
he
was hungry too; she saw it in his eyes and wanted to harness it).

“Jaegar has sent telepathic word to me,” Octavius said gravely. “Mal is in hiding at the moment regaining his strength. We should be safe for the night.”

One night – that was all she wanted from him! One night to sit by his side and speak to him and convince him that he could love her as he had done in the old days, that he could
let himself
love her! They would be safe; they would have until morning. She would convince him; she had to convince him! Her grief over almost losing Stuart made the thing more immediate. She had lost too many of the ones she loved. She could not lose him too.

Her mind flashed back to Jaegar. He loved her too, and she felt it. She felt his desire for her; felt a longing for their easy friendship. Why couldn't it be this easy with Octavius?

They sat together in the dining room as the servants brought Kalina a dish piled high with aromatic rice and herbs, scented and colored with saffron. Octavius sipped a glass of vampire wine as she dug into her food with relish. The journey had been tiring – for him, she imagined, as much as for her.

“Does it ache?” The awkwardness between them was palpable. She wanted to rush to him, to soothe the aching muscles with her fingers – with her mouth...

He shook his head. She could see his desire for her in her eyes; she wanted to harness it, to control it. Why did he persist in refusing her? She shook back her hair – aware,
tantalizingly
aware that she was exposing her neck to him, exposing this quickening beat of her blood.

We have work to do,” Octavius’ voice was pained. “We must track down all the children – who knows how many Carriers have been infected?”