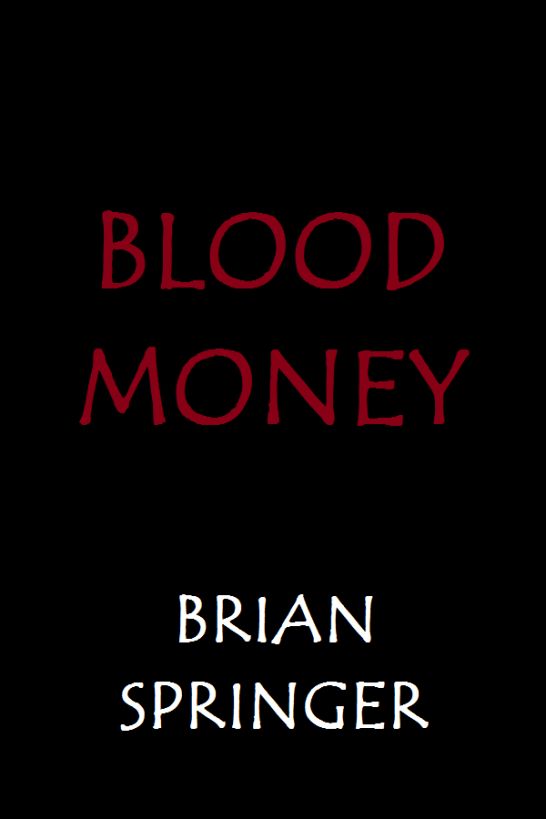 The early morning sun had just begun to peek
over the barren desert landscape when Jessica Robbins saw the
helicopter in her rearview mirror.

Her adrenalin spiked and her mind raced as
she tried to ascertain whether or not the chopper was actually
tracking her. She didn’t think her handlers could have found her so
quickly, but to assume a chopper just happened to be keeping pace
directly behind her at 5:19 AM in the middle of the desert with no
other cars within twenty miles was pure folly.

Still, she hoped for the best.

And so, for the next mile and a half, her
eyes flashed continuously between the road and the mirror,
anxiously monitoring the progress of the chopper, waiting for it to
alter its course.

Finally, just as Jessica was resigned to the
fact that it was indeed following her, the helicopter peeled off
and disappeared from view.

Relief and confusion flooding over her,
Jessica took a deep breath and returned her attention to the road
ahead, only to see two military grade Humvees a half-mile ahead.
The vehicles were parked sideways, their front ends practically
touching in the middle of the single-lane highway.

Jessica cursed aloud and slammed on the
brakes, stopping her beaten-down, late 90’s model Jeep Cherokee
within three hundred yards of the vehicles. Sensing movement behind
her, she turned in her seat.

Looking over her shoulder, Jessica saw that
two more Humvees had boxed her in. And no doubt the chopper was
still hovering nearby, just in case she tried to run.

She took a deep breath, tried to gather her
thoughts. Although she had known there was a distinct possibility
her handlers would catch wind of her betrayal, Jessica had thought
she’d covered her tracks well enough to escape their grasp, at
least for a while. Obviously this was not the case. Her former
employers were even more slick than she’d given them credit
for.

Before she even had a chance to fully grasp
the full implications of the situation, the passenger door of one
of the Humvees opened.

A man dressed in an expensive business suit
stepped out. His arms were extended and his palms were facing
forward in a declaration of peace. His mouth was moving, but the
windows were rolled up and Jessica couldn’t hear a word he was
saying.

Nor did she need to.

Jessica wasn’t precisely sure who the man
was, but she knew who he represented, and whatever he was selling,
she wasn’t buying.

She closed her eyes for a moment and
considered her options.

It only took a couple of seconds.

Sitting here in the middle of the desert,
fifty miles away from any hint of civilization and twice that far
to the nearest freeway, she had but two choices.

Make a run for it or just give up.

It wasn’t even really a choice. There was no
way in hell she was going to let them have her without making them
work for it.

With that decided, just one question
remained: Which direction to flee?

Jessica looked right, then left. Both sides
offered sand dunes and cacti and not much else.

She decided it didn’t matter in the
least.

Resigned to her fate, Jessica tried to get a
handle on her fear by taking a couple of deep, cleansing breaths,
then slipped the Jeep into 4-wheel drive, yanked the steering wheel
to the left and stomped on the gas. The Cherokee shook and whined
with the strain of the sudden acceleration.

She passed over the shoulder of the highway,
the back end of the vehicle skidding to the side as she made the
transition from concrete to loose sand. Her arms steady, Jessica
turned into the skid, straightened the Cherokee out and sped off
into the heart of the desert.

Looking into her rearview mirror, she could
see all four Humvees take off into the desert after her, two from
each side. The chopper was no longer visible, but she assumed it
was somewhere near and closing fast.

Her older model Jeep Cherokee was doing an
admirable job, but it was no match for the unyielding desert floor.
It bounced along the uneven sand, slamming her body into the door,
forward into the steering wheel, up towards the roof.

Now up to almost forty miles per hour,
Jessica didn’t even bother trying to steer the vehicle; it took all
her energy just to keep her hands on the wheel.

With every bump, her body flailed more
wildly and her hands threatened to come off the wheel, but she was
curiously unafraid. The impromptu chase brought back long-buried
memories of off-roading in the Mexican desert with her dad when she
was eleven years old. Jessica could picture him clearly, sitting
behind the wheel, whooping it up with every bump, turning towards
her, smiling, his yellow teeth shining through his heavy brown
beard like little golden nuggets poking out of the earth.

With her dad at the forefront of her mind,
Jessica barreled through the brush, her foot still pressing on the
accelerator. Unbeknownst to her, the smile on her face matched her
dad’s perfectly.

Jessica glanced to her right, then to her
left, and saw that the Humvees were closing in on both sides. Her
smile grew wider, and she even started to laugh a bit, perversely
enjoying the chase despite the inevitability of its ending. She
heard the chopper and tried to catch a glimpse of that too, but was
disappointed to learn it wasn’t within view.

Returning her gaze forward, Jessica saw that
she was coming up to the crest of a ridge. She let out a wordless
yell just as the Cherokee went flying over the edge. Her joy turned
to terror as her stomach rose up into her throat and her body came
fully off the seat. The large vehicle got airborne for a second,
only to come crashing to the earth with a hideous groan.

Jessica’s face slammed into the steering
wheel, sending a jolt of electricity through her head, past her
neck, down her spine. Then she was spinning madly, her head
flopping around and her body pushing away from the seat, held in
place only by the rigid straps of the seatbelt. The pressure on her
chest was nearly unbearable. She tried to scream but the force was
too great and no sound issued from her throat. There was a final
angry screech of metal, then a dull thud, and the world went
black.

Jessica opened her eyes, looked around in
confusion. Sand and little pebbles of safety glass were strewn
about the Cherokee’s cabin. The world seemed to have slid to the
right. Her vision swam and she shook her head, but that only made
things worse. She closed her eyes for a moment. She coughed,
sending shock-waves of agony shuttling through her torso.

She gasped and her eyes shot open but the
pain helped focus her thoughts. She suddenly remembered where she
was and what had happened and how much trouble she was in.

She tried to formulate a plan of action, but
her thoughts were overwhelmed by the insistent whompwhompwhomp of a
chopper. It filled her entire being, reverberating through her
bones, rattling her teeth.

She groped for the seatbelt release, finally
finding it. After struggling with the mechanism for a few seconds,
she pushed the button, freeing herself.

Turning her attention to the door, Jessica
turned the handle but the door didn’t budge. With a grunt of
effort, she slammed her shoulder into it and it flew open. She
climbed awkwardly out of the vehicle.

Still light-headed from the blow to the
steering wheel, Jessica stumbled away from the Cherokee, falling
face-first to the sandy floor after just a few steps. She lifted
herself up, but her legs didn’t want to cooperate, and she fell
back to the ground. A few seconds later, she picked herself up
again, only to fall once more.

Even though Jessica knew she had failed, she
refused to give up. Fighting back tears of frustration, she climbed
to her knees and started to crawl away from the unholy din of the
chopper as it set down a couple hundred feet behind her.

The sound was all-encompassing; her head
throbbed in time with the rotors. She turned towards the noise, but
was forced to close her eyes and cover her face with her hands to
avoid being blinded by the stinging whirlwind of sand.

What she failed to see was a team of six
heavily armed soldiers swarm out of the chopper, their movements
smooth and perfectly coordinated from hundred of hours of working
together. The soldier in the lead flashed a hand signal and the
group behind him split into two teams--one headed in the direction
of the disabled Jeep and the other bee-lining straight towards
her.

Jessica was still on her knees when they
reached her. They wrenched her arms behind her back and bound her
wrists together with plastic zip-ties. Then they pushed her
face-first into the sand and zip-tied her ankles together. Spitting
out sand from her mouth, she turned her head around to see the man
who had stepped out of the Humvee back on the highway standing
above her. She tried to plead with him but hadn’t gotten out so
much as a word before he produced a hypodermic syringe, flicked the
tip of the needle with his middle finger, and plunged it into her
thigh.

The world around Jessica frayed at the
edges, closed in, then went black.

Greg Kelton lay flat in the waist-high
sagebrush, waiting patiently for his prey to arrive.

He was watching a two-story house in Rancho
Santa Fe, an ultra-exclusive community of multi-million dollar
homes just north of San Diego, located a few miles in from the
Pacific Coast. Situated two hundreds yards off the main road and
surrounded by a dense grove of eucalyptus trees, the property was
designed to ensure privacy, which is exactly what Kelton
needed.

The house was owned by Jason Preston, the
23-year-old son of the international banking mogul, William
Preston. Jason was an enterprising young man, educated at the
finest prep schools and colleges in the country, and the sole heir
to the multi-billion dollar Preston banking dynasty.

He was also an unrepentant sexual
predator.

But despite being the main suspect in
numerous cases over the past three years, Jason had never been
convicted of any crime. In fact, he’d only ever been arrested once,
and even then he was only in custody for an hour and a half before
his father managed to get the charges dropped.