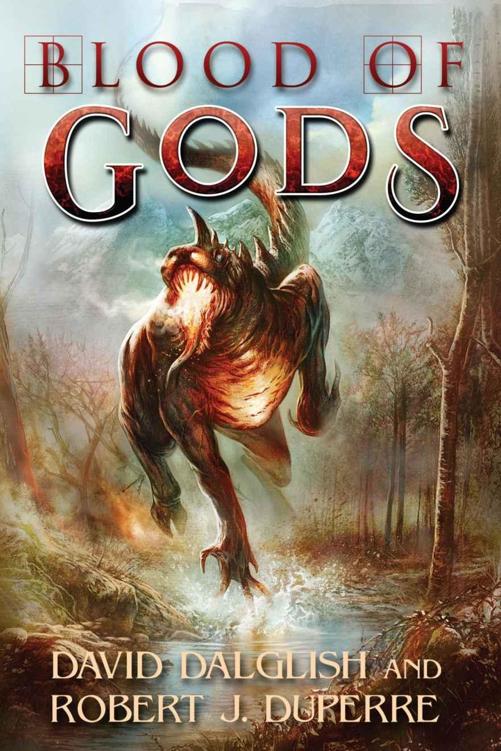 A Dance of Blades

A Dance of Mirrors

A Dance of Shadows

A Dance of Ghosts

The Weight of Blood

The Cost of Betrayal

The Death of Promises

The Shadows of Grace

A Sliver of Redemption

The Prison of Angels

A Land of Ash
(compilation)

Volume 1: The Fall & Dead of Winter

The Gate 2: 13 Tales of Isolation and Despair
(compilation)

To all our dear readers, this book is for you.

A
BOUT THE
A
UTHORS

—AHAESARUS, Master Warden of the west

—JUDARIUS, a Warden of the west

—AZARIAH, a Warden of the west, brother of JUDARIUS

—JUDAH, a Warden of the west

—GRENDEL, a Warden of the west

—PATRICK, their only son, 67 years old

—PRESTON ENDER, brother of CORTON, leader of the
TURNCLOAKS

—BARDIYA, their only son, 88 years old

—KI-NAN RENALD, his friend and confidante

—GORDO HEMPSMAN, a man of KER

—ONNA LENSBROUGH, a man of KER

KARAK, God of Order, Divinity of the East, creator of NELDAR

—MALCOLM GREGORIAN, Lord Commander of THE ARMY OF KARAK

—IOLAS SINISTEL, cousin of RUVEN, member of the TRIAD