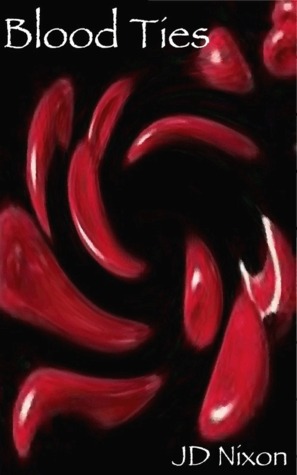 Thank you for downloading this free ebook. You are welcome to share it with your friends. This book may be reproduced, copied and distributed for non-commercial purposes, provided the book remains in its original form.

This book is a work of fiction. All characters and locations in this publication are fictitious and any resemblance to real persons, living or dead, or real locations, is purely coincidental. The police force and justice system and their operations and procedures depicted in this book are purely the product of the author’s imagination and are not based on any real jurisdiction.

JD Nixon is an Australian author and Australian English and spelling have been used in this book.

Discover other titles by
JD Nixon
at
Smashwords.com
:

Cuttings from my scrapbook . . .

Residents of the small township nestled at the foot of Mount Big were shocked last week when two timber-getters stumbled over the body of Mrs Elizabeth Fuller, aged 21 years. The murdered woman was found in a paddock off to the side of the road leading to the township. It appeared that she had been outraged before being brutally beaten about the head with a large rock that was found in near proximity. Mrs Fuller, described by the townsfolk as a very comely woman, had been on her way to lend assistance to her husband’s sister during her first confinement.

Suspicion for the heinous crime fell immediately on bullock driver, Mr Ned Bycraft, aged 30 years. He was seen by the timber-getters with bloodied hands running wildly from the paddock shortly before their most gruesome of discoveries. According to the timber-getters, Mr Bycraft had publicly threatened to do violent harm to Mrs Fuller on several occasions for rightly rejecting his insistent and unwanted attentions. The husband of the murdered woman, Mr Clem Fuller, also a timber-getter, had reportedly come to physical blows at least twice with Mr Bycraft over his unseemly behaviour towards Mrs Fuller.

An angry crowd of local men (one of whom is believed to have been Mr Fuller) ran Mr Bycraft to the ground before hanging him to his death from the branches of a nearby tree.

Constable Dougal Tighe from the Wattling Bay constabulary was ordered to the Mount Big township to investigate both deaths. But after receiving no co-operation in his enquiries from the local townsfolk, Constable Tighe advised this reporter that there would be no further investigations undertaken into this matter.

Ned Bycraft’s older brother, Mr Bill Bycraft, told this reporter that his brother was innocent of any crime and had actually himself been running for help after discovering Mrs Fuller’s body when he was noticed by the two timber-getters. He further threatened that there would be a deadly reckoning on those responsible for killing his brother, particularly on the Fuller family.

Mr Fuller told this reporter that justice had been delivered for the dreadful outrage and murder of his wife and that he did not regret the circumstances of Mr Bycraft’s death. He would not admit to being a participant in the lynching though.

Mrs Fuller was buried on Friday in a small but well-attended service. She is survived by her husband and two young children.

Mr Ned Bycraft is survived by a wife and seven children.

Robert John Bycraft (known as Bobby), 29, seasonal fruit-picker of Mount Big Town, was today found guilty and given a life sentence in the Supreme Court for the vicious murder of young mother, Leonie Mary Fuller, 24. Bycraft showed no emotion as Justice Leonard MacEnroe told the court that the murder was one of the most depraved crimes he had ever presided over in his twenty years on the bench.

Mrs Fuller was attacked in her house in Mount Big Town by Bycraft in June last year. She was half-strangled before being raped and stabbed repeatedly, with such savagery that the blade of the knife broke off inside her body.

Mrs Fuller’s daughter, who was only two at the time, was also attacked during the violent crime, sustaining several serious knife wounds to her arms and torso. Police believe that the young child may have witnessed her mother’s brutal murder. The little girl was unconscious from blood loss when discovered by her distraught father. She was found lying underneath her parents’ bed, where it is believed that Mrs Fuller pushed her to save her from the murderous frenzy. The court heard during the trial that Mrs Fuller suffered extensive defence wounds during the attack trying to protect her daughter and herself. Mrs Fuller was three months pregnant at the time of her death.

Mrs Fuller’s friends and family, including her husband and parents, were in court for the sentencing and were abused by relatives of Bycraft, some of whom had to be forcibly removed from the courthouse by court security.

A spokesman for the Fuller family, Mr Abel Stormley, later thanked the Wattling Bay detectives for their relentless efforts to solve the crime and bring Bycraft to justice. The family also extended thanks to the community at Mount Big Town for their support during the family’s traumatic experience.

Bycraft is expected to appeal his conviction.

Redmond Christopher Bycraft, 22, unemployed of Mount Big Town, was today found guilty in the Wattling Bay District Court of two counts of assault occasioning bodily harm and one count of attempted abduction after he attacked two teenagers in Mount Big Town in mid-February.

The court heard that Bycraft deliberately ran his car into the two teenagers, a female aged 15 and a male aged 16, as they cycled to the beach early one Saturday morning. The male teen was knocked unconscious in the attack and Bycraft then attempted to drag the injured female teen into his car, but she was able to fight him off. Bycraft suffered a knife wound during the assault and fled the scene bleeding.

It was claimed by the defence during the trial that Bycraft had been drinking heavily and smoking marijuana the evening before the assault and had accidently run into the pair. It was further maintained that the female teen was mistaken in her claims that Bycraft had tried to abduct her and that he had been merely trying to assist her, a contention rejected by the jury.

The judge commended the teen on her calm thinking and self-defence skills, stating that the outcome could have been much worse had she not been so skilled. She recommended that it was important for all teenage girls to ensure that they could defend themselves in similar circumstances.

Bycraft was sentenced to two years detention. It was revealed after the verdict that he had previously served a three year sentence for the sexual assault of a sixteen-year-old teenage girl after meeting her in a nightclub in Wattling Bay in 1994.

A female police officer required stitches to her arm after being slashed with a knife yesterday as she attended a domestic dispute in Mount Big Town. A man was later charged with assault and taken to the Wattling Bay watch house.

A female police officer sustained minor injuries in Mount Big Town last night when her patrol car was rammed and forced off the Coastal Range Highway during a pursuit of a stolen vehicle.

A witness said it was a miracle the officer wasn’t seriously injured or killed in the accident that left the patrol car badly damaged.

Two youths were taken into custody and were charged with dangerous operation of a vehicle while under the influence. They will face the Wattling Bay Children’s Court today.

In my dream I’m always running. Not the steady comfortable jog of my usual morning exercise, but a desperate sprint. My legs are burning and my heart pounding, a painful stitch down one side, sweat stinging my eyes. I draw in huge ragged breaths, my throat dry and raspy. A single-minded imperative keeps driving me forward, determinedly placing one foot in front of the other despite my utter exhaustion. I have to get to my house to save my mother’s life.

But there is a Bycraft hunting me down as I run and I throw frequent frightened glances over my shoulder, praying he’s not getting any closer. He will kill me if he catches me. I know that as sure as I know my own name.

Sometimes in my dream I’m surrounded by bushland as I run, on an isolated road so long and straight that I can see it converging to a disappearing point in the distance. My house is at the end of that road and my mother is in the house, screaming for help in terror. But no matter how fast or hard I run, I never get any closer to the end of that road. It just keeps rolling out in front of me, as far as my eye can see.

Other times I’m in an unfamiliar building and can’t find my way out. The building is large, filled with identical white corridors that lead into and away from each other in a confusing warren. I run in a wild panic, bouncing into walls, going around in circles, butting up against dead ends, all the while searching for the exit. Some of those corridors terminate with a window and I press my forehead against the glass to see my house on the other side of the road and hear my mother’s agonised cries of fear and pain. Furious and frustrated, I bang and kick and ram the glass with my shoulder, shouting, but it never breaks. Then I start running again, looking over my shoulder as I look for the exit.

I can’t stop for a minute because of that Bycraft chasing me relentlessly down that road or around those corridors. It’s usually Red who’s pursuing me, a malicious grin across his face. But sometimes it’s Craig or Tommy or Bobby Bycraft himself, a razor-sharp knife hidden behind his back. Once or twice it is even Jake.

Tudor Women: Queens and Commoners by Alison Plowden
When the Walls Fell by Monique Martin
The Art of Forgiving a Greek Billionaire by Marian Tee
Yesterday's Spy by Len Deighton
I Brake for Biker Witches by Angie Fox
Concrete Desert by Jon Talton
The Devils of Loudun by Aldous Huxley
Highlander in Her Dreams by Allie Mackay
Sloan (The Protectors Series) Book #9 by Teresa Gabelman
Nora & Kettle by Lauren Nicolle Taylor
Our partner