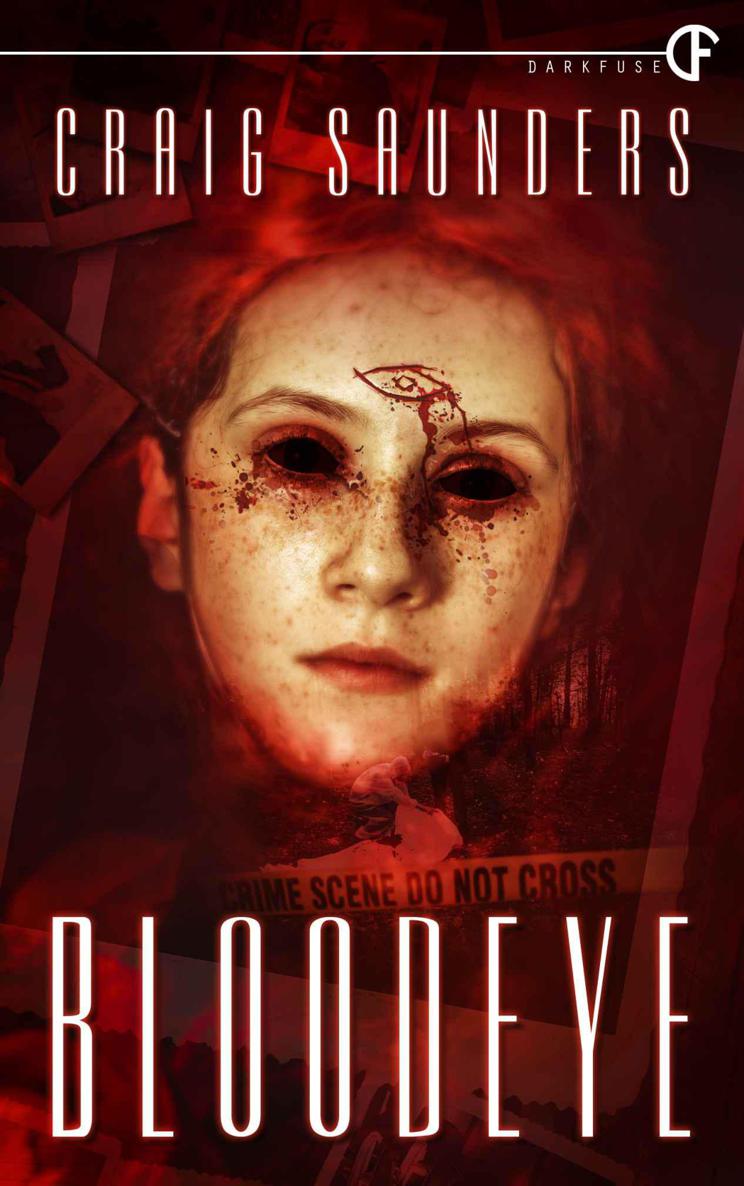 This book is a work of fiction. Names, characters, places and incidents are either a product of the author’s imagination or are used fictitiously. Any resemblance to actual events, locales or persons, living or dead, is entirely coincidental.

Find out why DarkFuse is the premier publisher of dark fiction.

Join our newsletter and get free eBooks:

Get a FREE subscription to DarkFuse Magazine:

Check out the author’s official page at DarkFuse for a complete list:

For Brother Shadow and the Black Dog.

Till next we meet.

Firstly, I’d like to thank you, for reading this. You’re very kind. I’ll try not to blub, much, but I’m touched. *Sniff*

Secondly, Mrs. S. She’s a great wife, and understanding as hell. It takes a lot, I think, to live with someone who spends their life in the shed bashing a keyboard. Or, maybe, she just likes it when I’m out of the way…hmm.

Lastly, a massive thank-you to DarkFuse.

2
used in reference to proximity, ominous oppressiveness, or sadness and gloom

3
an inseparable attendant or companion

Some days it gets so hot you can’t think about anything but sweating. You walk and sweat. You sit and cool. Your head pounds with dehydration from the beer in the sun. And the heat? The heat goes on. It’s a heat wave, they say. Take it slow.

But you can’t take it slow, because you’ve got to run.

You run when the sun goes down because it’s a little cooler. Sweat pours, still, even though the moon is bright above the cityscape. It’s cooler, but it’s hot enough, and it’s going to stay that way. Salt crystals on your thighs rub you sore. You change your gait, but you don’t stop. You can
never
stop.

You run because you’re a runner. Same as a fighter fights.

Running is just fighting with yourself. A fight you can’t win, you can never win, you can never run out on. It’s always there, inside you, burning you up. So you sweat it, starve it of air and sustenance and even, when you reach the void, of thought.

You kill it with every mile your sneakers pound on pavement, road, dirt, grass. Stamp on it, time and time again.

And when you stop, it
will
catch you.

The smell hit Dan Howard as he opened the door. He coughed, blinked, stepping from the bright burning morning light into the dark interior of The King’s Arms. He pulled off his sunglasses a little too late to notice the flood of sewage. He trod on a sodden piece of toilet tissue wearing nothing on his feet but flip-flops. Wet, stinking shit-water hit his toes. Surprisingly, it was cool. His first thought:
Cool shit.

Dan Howard didn’t want to be tiptoeing through a flood of shit first thing on a Monday morning in the middle of a heat wave.

Keane Reid didn’t want to be cleaning up shit, period. He was tired of cleaning up shit. It was what he did for a living, though, and when the boss called him at 6:24 a.m. precisely (according to Keane’s digital clock), he answered politely enough on the telephone by the bed. Then he hung up the telephone, swore clean, turned to his wife. Then? Then he swore dirty, because his wife was seven years dead and there was no one and nothing there but a Teresa Reid–shaped hole.

He pushed himself out of bed.

Downstairs in his simple kitchen in his simple house, Keane ate breakfast. He always ate a big breakfast, a big lunch, and a small dinner. It was just the way he did it and it worked for him just fine. He didn’t put weight on, or lose weight. His weight, by and large, took care of itself. Forty-five years old, with the metabolism of a teenager, pretty much.

Muesli, two rounds of toast with one egg (poached—he wasn’t an idiot), and an apple, which he ate with a knife, dissecting it slowly and chewing each slice while thinking about the day ahead. Work, eat, work, eat, sit, run, shower, sleep…repeat.

“I’m bored,” he said to no one, through a half-chewed slice of green apple.

That was the problem, he figured. That was why he didn’t want to do anything much. The only joy in his life was running. Six nights a week. The weather didn’t matter, nor coughs and colds (which for Keane were rare anyway). He didn’t have a social life. Didn’t want one. He wasn’t interested in television, or dating, or reading. Sometimes, when the quiet in the house became unbearable, or if he couldn’t sleep at all, he listened to the radio. But very little else.

There was nothing but miles and miles ahead for Keane. His kind of running didn’t have an end, or a finish line. He didn’t time his runs. It wasn’t training. There wasn’t a marathon at the end of it, a shiny blanket to warm him up. Nothing could do that.

He ran so he could sleep. If he didn’t run, he worried he might just sit. Sit, endlessly, forgetting to eat and work and sleep, staring out at the garden and the birds, watching the seasons go by, his hair and beard growing and his limbs turning to stone.

That’s what you’re doing anyway,
said a voice from his past. He wanted to tell that voice to get fucked and leave him to his thoughts. But the voice was his thoughts, and it was right.

He was turning to stone.

He was dying. Not so anyone would notice. Maybe he’d keep on running until he was fifty, or seventy, or a hundred. But somewhere out on the city roads, he’d died inside. There was no way back.

Maybe that’s what you’re running for. What you’re searching for…? The way back?

“Maybe,” he told the voice in his head.

Keane took a deep, easy breath through his nose and got out of the kitchen chair. He turned away from the garden and the early birds chirruping and eating cheap seeds on the feeder.

With a dull kind of resignation, he rinsed the bowl, plate and utensils, then left them on the draining board to put away later.

He took a good look at himself in the mirror in the hallway. The gray and the deep lines in his skin didn’t bother him. But the emptiness in his eyes caused him to look away.

He still hadn’t found the way back.

Keane Reid closed the door behind him and got in the company van on his short driveway and headed off to work.

Keane stepped into the pool of sewage that covered the floor of The King’s Arms, light into dark, and thought,
Who you gonna call? Shitbusters!

He wasn’t wearing flip-flops, but heavy boots that made his feet sweat and stink. He wasn’t sure he was any better off than the poor lad who’d met him at the door to complain about his reeking feet.

The entire floor, it seemed, was flooded. Keane clenched his teeth, not too worried about the smell, and headed off to the toilets. He’d been in The King’s Arms years and years ago, back when he’d been a drinker and a smoker. He hadn’t been in a pub, he figured, for at least thirteen years—the entirety of the current millennium. Seemed like a long time, but he figured around thirty years old, give or take. When he got married? Was the last time his wedding reception?

He put the thought, tinged with regret and not a little pain, to one side as he pushed the door to the bathroom open and headed inside. He had to push hard, and as he did a second flood hit his feet; this time above his boots.

Too late to do anything about it now. The insurance on the pub would pay for a refit. This wasn’t a mop-and-bucket job.

He saw the problem immediately. One of the toilets was utterly destroyed. Fragments of porcelain, large and small, sat in deep pools of murky water. It looked as though someone had taken a sledgehammer to the toilet bowl and cistern—a modern, square thing, he imagined, looking at the toilets in the other stalls.

Who the fuck would smash up a toilet just to flood the pub?

“Fuck it,” he said quietly to himself. He wasn’t the police, or the insurance investigator. And, he realized, he felt so goddamned low he could barely find it in himself to care one way or the other.

His job, his only job, was to get the water to the building turned off at the mains out on the road, and go to his next job. This wasn’t a fixer-upper. The insurance could sort this out. Satisfied enough, Keane turned back to the door. Just to the right of the door, a young girl’s corpse was nailed halfway up the tiled wall.

Sometimes, in the maw of the black dog, a depression can be so deep that thought and feelings can’t find their way loose. Some people call it a black dog, hounding them. Some people describe it as a pit, one that’s dark and dank and bottomless for those within, low enough that you can see nothing but a small pinprick of unattainable light far above.

Keane stared at the girl. Nothing more. He didn’t shriek or puke or shout or cry. Stared, took it all in. Almost like he was taking a photograph with his mind. Tucking it away for later nightmares.

To Ride a Fine Horse by Mary Durack
Dark Masterpiece (Serendipity Series 3) by Brieanna Robertson
Seeds of Deception by Sheila Connolly
Eat, Drink and Be Wary by Tamar Myers
Samphire Song by Jill Hucklesby
The Healthy Green Drink Diet by Jason Manheim
The White House: A Flynn Carroll Thriller by Whitley Strieber
Who Is Frances Rain? by Margaret Buffie
1633:The Danish Scheme by Eric Flint
Tempted by Darkness by Avery Gale
Our partner