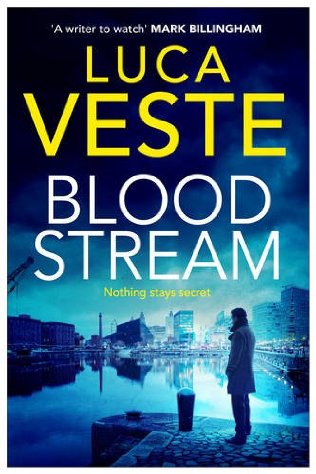 Luca Veste
is a writer of Italian and Scouse heritage, married with two young daughters. He studied psychology and criminology at university in Liverpool. 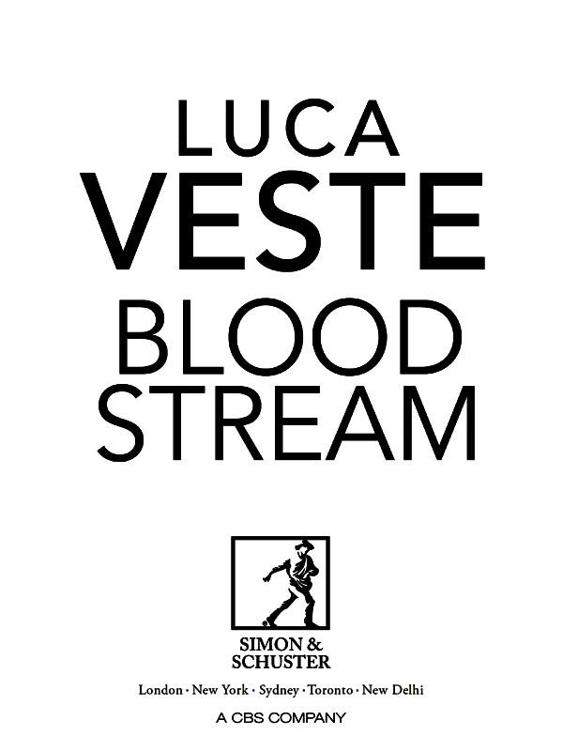 This book is copyright under the Berne Convention.
No reproduction without permission.
® and © 1997 Simon & Schuster, Inc. All rights reserved.

The right of Luca Veste to be identified as author of this work has been asserted in accordance with sections 77 and 78 of the Copyright, Designs and Patents Act, 1988.

Simon & Schuster UK Ltd are committed to sourcing paper that is made from wood grown in sustainable forests and supports the Forest Stewardship Council, the leading international forest certification organisation. Our books displaying the FSC logo are printed on FSC certified paper.

For my parents. All of them.

A flower cannot blossom without sunshine, and man cannot live without love

Love is composed of a single soul inhabiting two bodies

Even psychopaths have emotions if you dig deep enough. Then again, maybe not . . . I gave up on love and happiness a long time ago

She watched him die.

She did nothing, as the man she supposedly loved took his final breath. Knowing that she would have to live with that inaction for whatever time she had left.

She told herself there wasn’t much she could have done anyway. She could only watch as the realisation hit him, filmy eyes locking with hers. A single word dropping from his mouth, before it dissolved into nothingness and he began to fade away.

She had simply stared at him, soft tears rolling down her cheeks as she watched him convulse. Saw him fight with a diminishing strength, his muscular, fit body amounting to little in the end. A growing horror building inside her as the final gurgles of breath left his body. The effort of keeping her eyes open exhausting her.

She didn’t try to move, to try to help him. The desire to do so obliterated by his words.

The knowledge that she had wanted this was driven to the back of her mind. Only the thought of what was going to happen next. Whether she would die or be let go.

She was glad he went first.

She was glad he had died looking her in the eye, knowing she had wanted it to happen.

She was glad that he’d died knowing that she was happy that he was gone.

They were famous, away from that room. Celebrities. Everything she’d ever wanted to be. Chloe Morrison. Famous for no reason other than for being famous.

Chloe was taken second, after Joe, and only because of what she had been shown. Joe, tied to a chair, beaten and bloodied. She hadn’t thought of herself or her family. Only him and the danger he was in.

She knew what people thought of her – that she had an elevated sense of self-worth. She had a reputation for getting what she wanted, when she wanted it. That she believed she deserved the attention, based purely on who she was.

It wasn’t completely true. Not all of it.

Joe had been central to her life. It didn’t matter if she spent hours making herself look ‘right’, presenting the flawless version of herself to the world. The spray tans and endless hair and make-up sessions. The rumours of plastic surgery to explain the way her body looked in tight-fitting clothes. To Chloe, that was all just part of the celebrity game. One she had wilfully taken a role in.

She had sought fame. She had a need to be famous. To be noticed. Without the talent or skill for it to be in music or sports, or even a vile personality. There was only one way.

Chloe had thought the only way to get on one of those programmes was to either turn posh and move to Chelsea, or pretend to be from Newcastle and become more willing to piss the bed in front of a camera. That was until she saw the advert on Twitter, asking for girls from Liverpool to audition for a new reality show that was being made. She’d slept in her rollers and turned up along with hundreds of others a few weeks later, prepared to be as glam and gorgeous as possible, knowing that she had to be more
real
to stand out in the crowd.

The first time they’d met was at the auditions. She’d thought he was good-looking, if a bit full of himself. It was clear the producers on the show had plans, pairing them off a few times before filming began. It had made them comfortable together, giving them better on-screen chemistry. She’d found out Joe played for a lower division football team she’d heard of in passing. Played on her side of the water, on the Wirral. Not that she was pretending to be anything other than a proper Scouser at that point.

That had been almost two years ago. Since then, her life had changed in every single way she could have dreamed of. She was
known.
People stopped her in the street, asking for a selfie – the new autograph. She’d become the queen of the fake smile. People would tell her how funny she was, how
real
she was. How they’d known from day one that she and Joe would end up together. How happy they were that Chloe and Joe had fallen in love. How they just knew ChloJoe were going to be together forever.

On the show, cameras had followed every move they’d made. The ‘first’ meeting in the house they’d all had to share. The first date. The first kiss. The first time they’d said the words ‘I love you’ to each other. Granted, that had been in the middle of a nightclub, shouted over music, which wasn’t all that romantic. They’d had to go back and dub it over, so it could be heard properly on TV. Saying it over and over in a sound booth into a microphone had kind of stripped away the romance of it, but she’d tried her best. Even if it was the weirdest thing she’d ever done.

The sex was awful, but she had all the time in the world to make that better. The proposal episode of the show had millions of viewers. She’d known beforehand, of course, but had to act as if it was all a surprise to her. It wouldn’t matter. She was going to be a bride.

Then, just like that, she was bound to a chair, on what had, at first, been just a normal Friday. Darkness and the smell of rotting wood. A room in a boarded-up house, somewhere she didn’t know. Joe was opposite her, breathing in short bursts as he sobbed quietly. A man almost blending into the black, his voice a whisper in her ear.

‘Secrets and lies. That’s why we’re here. They’re wrong. Everyone knows that. So many relationships have these secrets and lies going on within them. And now here you both are. The ultimate celebrity couple . . . until another one comes along to replace you. Even the two of you can’t escape what is real. The veneer of celebrity, everyone looking up to you. All these impressionable young minds you pollute with your lies. I’m talking real lies. Real secrets. You disgust me.’

Chloe heard the words through a fog of confusion, aware of the voice speaking directly to her and Joe. She wasn’t able to focus on form or being. Just the words and the puzzling mix of them.

‘Say we have a relationship as public as yours. One that is in the news all the time, in every glossy magazine, every tabloid, every celebrity blog . . . one would think there could be no secrets. No lies. Everything out in the open, for us all to enjoy.’

The man moved closer to Chloe. ‘But we know that’s not true, don’t we?’

Chloe shook her head, slowly, the room spinning as she did so. She tried to speak, before remembering the duct tape plastered across her mouth.

‘Don’t worry, I’ll be removing it soon,’ the man said. ‘This would be no fun if you couldn’t speak to each other.’

Chloe looked across at Joe as his head slumped forward onto his chest. Tried to catch his eye, but he wasn’t moving.

‘Chloe,’ the man said after a few more seconds of silence. ‘I want you to tell each other everything. All the secrets you have kept from each other. Then we’ll see how I feel. Do you understand?’

She began to feel a little more clear-headed; the mist lifted and her focus returned. She rocked her head side to side, almost losing it again.