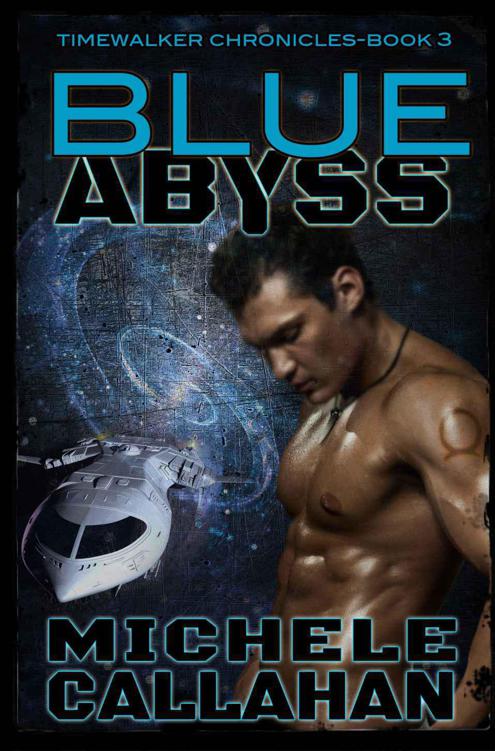 Half-blood Immortal Prince, Raiden of Itara, has been a battle commander in the war with the Triscani for over a century. But now the Itaran high Queen sends him to Earth with one purpose, to hunt down and catalog all human females with Timewalker DNA for her personal army. To ensure his compliance with her vile scheme, she places an evil Remnant of her own soul in his body. Should he fail his mission, or fail to return to her, the Remnant will consume him, drive him mad, and cost him his life. But someone sabotages the ship, kills Raiden’s entire crew, and forces the damaged space ship to crash land in the blue abyss of the Bermuda Triangle. With no power, no crew, and dying a slow death by poison, Raiden is forced to take a desperate gamble, place himself in stasis and hope someone finds him before it’s too late.

For two years, visions of a dark prince have haunted Marina’s dreams. At times terrifying, at others sensual bliss, the nightmares have become an obsession that the Santa Fe native can’t resist. Mari has dedicated years of her life learning to dive the oceans and explore underwater caves… where the dreams insist she’ll find him. When she locates his stasis pod, she’s not prepared for the monsters who’ve taken him, the inhuman Triscani Hunters, who guard his body like a precious treasure. Death is sure, until an Archiver and a Seer from Itara pull her from the jaws of death and genetically enhance her dormant DNA. Mari finds out she’s not quite as human as she’d always believed. She’s a Timewalker. She has to go back and kill the monsters. And she’s in love with an alien prince whose only mission is to destroy her.

Dedicated, with love and gratitude, to the memory of my dear friend, CJ (Jan) Snyder. This was the last book we worked on together, so this one is yours, my friend. You believed in me when I didn’t believe in myself. You were a light in the dark when I needed a friend. You were a gifted writer who pushed me to be better. You were more than a mentor and more than a friend, you were a vital ingredient in shaping who I am, and who I will be, forever.
I miss you, woman.
I hope you’re in heaven dancing like crazy and drinking a beer.
Save one for me.
‘Cheep, Cheep, Baby!’
Cheep, Cheep.

This book is a work of fiction. Names, people, places and events are completely a product of the author’s imagination or used fictitiously. Any resemblance to any persons, living or dead, is completely coincidental.

Raiden Tzachar staggered into the tiny healer’s room on his ship and took a seat beside the only occupied healing bed. The traitor had escaped him and even now raced for the surface of Earth. Blood soaked Raiden’s back from a dagger wound in his shoulder and poison burned through every cell, devouring him from the inside out.

The long, soft bed where his second-in-command, his brother by choice, lay dying was no longer a healing bed, it was soon to be an open grave. Gerrick’s normally pristine uniform lay sticky and stiff with blood. The substance still flowed freely from the wound in Gerrick’s thigh. Ignoring the pain from his own mortal wound, Raiden laid his hand on Gerrick’s shoulder so the giant of a man would know that he’d returned. His entire crew had perished today, but none of his men died alone.

“Did you kill him?” Gerrick uttered the question through lips stained by poison. Gerrick’s eyes flashed open for a blink, then the faint light of the chamber assaulted his friend’s overly sensitized pupils which were stained an inhuman chalky blue by the Triscani toxin. The traitor, his own brother, had injected the poisin into every single member of the crew. The sight brought an ache to Raiden’s chest that had nothing to do with the wound in his shoulder. A flood of memories hurtled to the front of Raiden’s mind, but he ruthlessly shoved every one of them aside. Now was not the time.

Raiden grimaced and did the one thing he could to bless his honorable friend with a peaceful death. He held up hands stained red with his own life’s blood…and lied. “Yes. Gutted him with my blades, brother.”

Gerrick visually inspected Raiden’s hands and actually smiled. “Good. Good.” That smile was a miracle in itself if the fire in his own veins was any indication of what Gerrick suffered. The wounded soldier attempted to roll onto his side, to move his arms, but only managed to twitch a couple of fingers. Gerrick’s arm muscles were paralyzed. Soon, his diaphragm would be as well. Then he’d stop breathing.

Death would be a blessing. Triscani poison was an excruciating end. If not for Raiden’s Immortal mother, he’d be dead as well. Hell, he would’ve been dead an hour ago, just as that bastard brother of his had planned. His friend had no such luck. Gerrick was more than three-quarters human.

Gerrick closed his eyes. “The soul stone around my neck. Take it. Keep it safe.”

“What are you talking about?” Raiden rose and struggled to reach his bloody palm beneath the neck of Gerrick’s uniform. His fingers grazed a chain and he tugged, shocked to discover a swirling black stone dangling at its end.

“Where did you get this?” Fire rose from his gut, anger and fear mixing in a churn of pain up his throat. A soul stone was a small piece of stone taken from the material that created the Gates between worlds, a small piece of the Gate itself. Extremely rare. Very dangerous. These stones were used by the healers of old to trap enemies, make mortals Immortal, and to drain Immortals of their power.

The Immortals on Itara feared the stones. To be caught carrying one was an instant death sentence. A half-breed like himself could live thousands of years off one Immortal soul trapped in a stone. They could also be used to record memories or knowledge to pass along to another, but, according to the books on Itaran lore, doing so usually led to the death or loss of sanity of the person who donated the knowledge. The few stones known to exist were held by the Mater Mortis and the Queen’s inner circle. Visously guarded.

To the Immortal race on Itara, the stones were a powerful and indestructible threat.

Gerrick opened his eyes once more, and the unholy blue made his words even more ominous. “Lose it, and we lose the war. It must be presented to The Dark One. It must be given to him. He’s here. On Earth. And he knows the location of the Lost King.”

Raiden removed the stone from Gerrick’s neck and studied it. Assuming he could even find the Dark One, the Guardian of the Gates, or the Lost King, either bastard would most likely kill him the second he saw the stone. And despite what Gerrick claimed, this stone did not belong to either male. Gerrick wouldn’t sense what his mother’s Itaran blood allowed him to know. The stone did not house a piece of any Itaran’s soul. But it did hold something… “It’s not his soul stone, Gerrick. It sings of Earth. No Itaran created such a stone and no Itaran’s soul is held within it. Where did you get this? Who gave it to you?”

Gerrick tried to laugh, but his lungs were filling with fluid and it came out gargled. “Poor little prince. Didn’t know I had a secret.” He smiled and turned his head so he could see the stone dangling from the chain held in Raiden’s grip. “Protect it with your life. It must be returned.”

“How am I supposed to find him? He’s been missing for centuries.” Raiden clenched the stone tightly in his fist. The Guardian of the Gates, the Dark One, had disappeared over three hundred years ago. The Lost King, even before that. The disappearance of their King was a mystery even the Immortals had been unable to solve. At the time of the Crux, the King had vanished, and his Queen, Angeline, burned to ash by the Triscani. In all his missions to Earth over the last hundred and fifty years, and all his crew’s battles, he’d never heard even a hint or rumor of the Lost King. Not once.

“But…?” By the gods, how was he going to find the Lost One, the True King? He could blend in with Earth’s human population. He knew several languages and had gathered intel on the Itaran Triads here many times, making sure they weren’t in contact with the Triscani, or helping those bastards escape their prison dimension. It wasn’t like he could waltz into one of the Triad leader’s homes and ask. They’d kill an Itaran on sight, even half-bloods. Any Itaran blood was a threat to their power.

No, Earth wasn’t involved in this war between the Immortals and the Triscani. The unsuspecting humans weren’t fighting it, they were just unlucky enough to live on the battle zone.

Gerrick’s grin faded and his legs twitched, the muscle fibers finally dying. He had moments, no longer.

“I don’t know. She didn’t tell me.” Gerrick shuddered.

“The Seer.” Gerrick choked and fought to draw air into his lungs. “Don’t die. She’ll come for you.”

“Who, Gerrick? Who will come for me? The Seer?” When had Gerrick spoken to a Seer? As far as he knew, Gerrick had never set foot in the Itaran Temples, let alone spoken to the most powerful Immortals on their world.

Raiden’s breath froze in his lungs. Shock turned the fire in his veins to ice. There were no more Marked, no Timewalkers left alive. They’d all vanished from his world after the Crux, hunted and executed by the Queen’s own assassins. That was the reason the Itaran Queen had sent him to Earth in the first place, to track any Timewalker descendants, and capture them for her to control. The evil bitch wanted him to capture innocent humans and help her to detain and weaponize them. She’d said it was for the greater good, promised him she’d end the war.