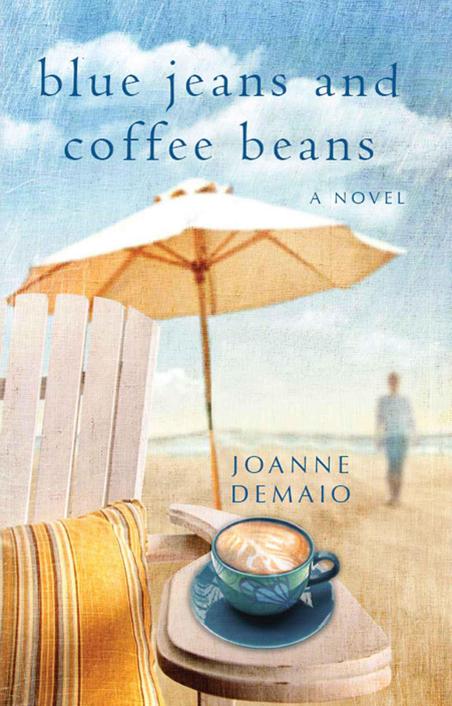 To my daughter, Jena

L
ong Island Sound’s lazy breaking waves chase her back onto the sand. She watches them carefully, believing they are truly after her. Upon the waves’ retreat, her little legs dare to step back toward them, never to quite within their reach, while never far from her mother’s reach, either. She is only a toddler, the girl in the blue and white ruffled bathing suit, her light brown hair falling with a salty fluff to just below her tanned shoulders. The last of an ice cream bar clings to its stick, melting slowly and dripping on her toes.

The woman looks on from her low sand chair. Long, slender arms loosely hold her knees pulled up close while she glances from her daughter to the sparkling expanse of salt water before her. Deep brown eyes level that gaze from beneath a wide-brimmed straw sun hat. She looks past the horizon, connecting with an influence far beyond the sea, closing her eyes as though seeing her sister over in Europe but as close as a wish.

Beneath the September sun, she stands and walks to her daughter, casual in loosely cuffed jeans and an embroidered tunic, a brown wooden bangle on her wrist.

“Look at the sunshine sparkling on the water. The sparkles look like ocean stars, don’t they? Starlight in the daytime.” Ever so lightly, her fingertips rest atop her daughter’s head, moving through strands of salty hair. Life momentarily pauses in their brief seaward gazes, as though this forms the core of it. All else springs ever from this connection. She turns then, pushes her straw hat up a little and walks ankle-deep into the water. A flash of summer sunlight flares as the camera turns into the sun while her husband films her wading in the Sound. The scene flickers between washes of light and the fading woman, until a spray of dull white speckled with wavering black threads finally overcomes it.

Maris reaches over to the old projector and stops the 8mm home movie. She has become adept at imagining the words her mother might have once said to her, dreaming up a gentle voice reaching her ear. A lifetime of longing will do that.

And now this, another film to add to her collection. Maris has more video than memory of her mother, scenes she memorized long ago. Christmases, birthdays. But mostly, the beach. Her mother often planned seaside day trips with varying shoreline stops, a picnic lunch packed for them, sandals ready. There were rocky coastlines, dunes of beach grass, sunset walks. So this newly discovered scene seems a gift as her mother walks along a beach on a mid-September day. It brings her back to life with past images that Maris’ eyes have never seen. Is it the last film ever made of her, the last time the movie camera was pulled off a closet shelf? Is it the last bit of lightness before an invisible patch of black ice descended upon them late the next year? Is the film intended to take her thoughts off the long-ago random, quick skid that threw the car into a large oak tree? Even last week when she stopped at the damaged trunk out past the apple orchard, past the farm stand, a bouquet withered in the wind, the last of decades of bouquets her father must have tied there, maybe on her mother’s birthday.

Tucked in an attic box for thirty long years, time has left its mark on this old reel of film that says so much, in so little, its colors fading. A quick scene, a look, a touch of her hair she can almost still feel. She knows what they mean though. A lifetime of watching silent home movies, of studying the nuances of the mother she’d lost, trained her eye. The body speaks volumes in the way it moves, listens, bends to touch a cheek. Now Maris captures the same quick feelings in her fashion sketches, the clothes covering human shapes that care, that move with feeling, that know love.

But after two weeks of going through her childhood home, room by room, placing in storage the furniture and household items she wants to keep, commissioning to the auction house the remainder, goodbyes are due. There are no sisters or brothers with whom to debate keeping a brass lamp or a linen tablecloth or a crystal vase. No one to consider living on in the family home. There is only herself, flying in from Chicago with a leave of absence to wrap up the loose ends of her father’s estate.

It is time to leave. So on her last day here, with the boxes all packed, she finally set up the old movie projector and screen. But watching her family one last time together in their home, she doesn’t count on the emotion. Doesn’t even realize the simple beach images of her mother move her until she comes out of the kitchen with a glass of water, ready to watch the remaining film when her doorbell rings. Even then, not until her oldest and dearest friend comments on her tears does Maris realize she’s been crying. Some longings never cease.

“Surprise!” Eva shakes out her dripping umbrella. “Doesn’t this beat email? Face-to-face, at last.” She rushes out of the rain into the foyer, slipping off her wet trench coat. “I figured your car couldn’t possibly hold all the boxes, so I brought the truck.” She motions over her shoulder to the large SUV parked outside, then turns back to Maris. “Whoa, whoa, what’s with the tears? I knew it. I knew this would be too much for you alone.”

Taped and labeled moving cartons line the wall near the foyer. Beyond, floor to ceiling drapes still hang on the windows and a floral sofa fills the far corner. An old lamp, its shade yellowed with age, stands on an end table. Nails and light shadows remain on walls once decorated with paintings. Eva spots the movie screen and turns to her friend. “Are you seriously watching home movies? Alone? Today?”

“It’s not what you’re thinking. Really. I found a reel of film in an attic box and wanted to see what was on it before packing it up.”

“Honest, just one, and I’ve seen enough.” Maris closes the movie screen. “Let’s hit the road before it gets dark.”

“Are you sure? We have time to watch the rest.”

“Oh I’m sure. I’ve had enough emotion to last me a year at least. Your timing actually couldn’t be better.”

“Well hey, I want you packed and at my place as soon as possible. Before you can change your mind about staying on a while. We’ve got so much catching up to do. And you’ll have a little breather from all this, too.” She gives Maris the lone reel of film. “Hold on to that.”

“Let me take one last walk through, okay? I’ll get the dog, poor thing. She’s upstairs still waiting for my dad to come back.”

Eva tucks the portable screen under her arm. “Take your time, say your goodbyes. It’s okay. I’ll call Matt from the car and let him know we’re on our way.”

Through the swishing windshield wipers and headlight beams illuminating sheets of rain, Maris considers the twelve years of time that stand between herself and her last summer at the Connecticut shore. Twelve years of building a career and maneuvering relationships as she relocated around the country.

When she exits off the highway onto the secondary beach road, her grip on the steering wheel loosens. Chicago seems far away, her life there, and Scott, only shadows right now. She opens her window and the thick salt air fills her car. Madison snorts the air from the back seat.

“You too, huh?” Maris asks. She wonders if her father ever took the German Shepherd to the beach, if the dog has some beach memory of him.

The rain picks up again, bringing her focus back to the winding road. When a car pulls out in front of her, Eva stops her SUV at the curb until Maris catches up. While driving, she sees glimpses of the railroad track running along the coastline. On long-ago summer nights here, the train whistle floated through the dips and curves of the river valley and shoreline towns like a silver ribbon of sound. It is no wonder a train whistle always brings her back to her summers at the beach.

Only one narrow lane leads into Stony Point, forking in an easy curve off the winding main road. It is nearly hidden by the railroad trestle that runs over it and by the market and secondhand bookshop that sit on the trestle’s hill before it. If you didn’t know it existed, you could drive right by, completely unaware of a world unto itself. Now she follows her best friend around the curve, through the dark tunnel under the tracks. For the first time in months, her mind feels clearer and her spirits lift.

Someone once told her that the sea air and salt water are cleansing. They cure what ails you.