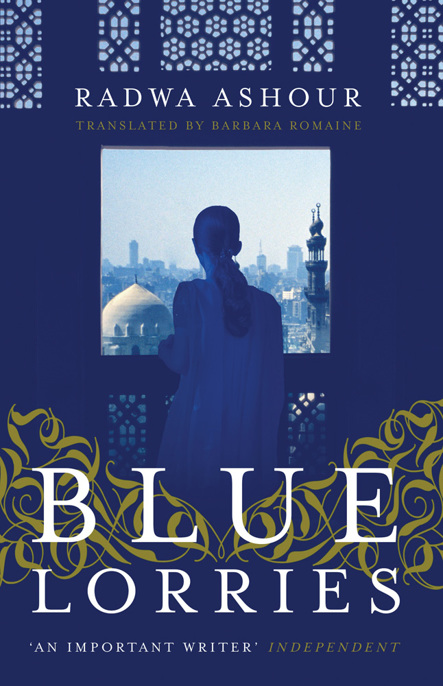 A Note on the Translator

The little girl catches a fever

Cairo Station. I lengthen my stride, all but running to catch up with my mother. I’m afraid to let her get even one step ahead of me. ‘Why are you holding on to my hand so tightly?’ she hisses. ‘It hurts!’ She tries to extricate her hand from my grasp, but I hold on even tighter.

My mother is busy talking to the fat woman holding a baby, who is making the trip with us. There on the railway platform, where we wait for our train to pull in, an enormous man with thick moustaches and white hair smiles at me and asks my name. I turn my face away. When our eyes meet again he smiles and says, ‘You’re a very pretty girl!’

‘Say “thank you” to Monsieur,’ my mother tells me in French. I pretend to busy myself with tightening my shoelaces, and my mother goes back to her conversation with the fat woman. I turn to the man and stick my tongue out at him.

It wasn’t just the crowds, or the noise, or the hubbub, but the persistent, ruthless destruction of everything I had built up in my imagination during the past few days. The trip had obsessed me. I thought about it, talked about it, prepared for it, and, in my imagination, assembled the details of it. I hovered over the great basket in which my mother was packing food, pointing out items she had left out, adjusting, suggesting, adding things. In secret I got my own special things ready – the ones I would share with him – stashing them in my small satchel: my portrait in my school uniform; the notebook, three of whose pages were adorned with gold stars; two chocolate bars.

‘Mama, will he recognise me?’

‘Was my hair long or short when he left?’

‘Do you think he’ll like me better in plaits? Should I cut my hair or leave it long? Or maybe he’d like a ponytail better! I’ll wear my red dress – it’s so pretty!’

‘We’ll take that one with us for you to wear the next day.’

It took my mother half a day to persuade me to wear a different dress for the journey. What she said sounded reasonable enough, and I didn’t disagree; it was just that it meant starting the journey in a way that was different from what I had imagined, different from what I wanted, and I began to feel extremely cross. I hated the other dress, hated the touch of it against my skin – it felt prickly to me, as if made out of thorns. For a moment, at the railway station, I thought about taking it off.

My imagination told me – and so did my mother – that the way to him was strewn with roses: an express train, speeding past fields of green. My mother got out an enormous red book and opened it to the map of Egypt. Pointing to a place near the tip of the inverted pyramid, she said, ‘We’ll take the train from here –’ and with her finger she traced along the line representing the Nile, ‘– to here. And we’ll get off at Asyut, in Upper Egypt.’

‘Upper Egypt?’ I burst out laughing. ‘But you moved your finger
down
!’

She started to explain, but I cut her off. ‘Where are the trees? I don’t see any trees or animals!’

‘They don’t appear on the map, but you’ll see them for yourself: date palms, sycamores, willows, eucalyptus, and fields of cotton and maize and clover – and you’ll see cows and water buffalo, too, and sheep and goats, camels and donkeys, and cattle egrets . . . you’ll see them all from the train window, settled there beside me in your seat as if you were at a film. And just like at the cinema, someone will come by with cold drinks for sale, and I’ll buy you something.’

She went back to the map. She moved her finger to the left, far from the line showing the Nile. ‘The car will bring us to Papa across the desert. You’ll see the desert – the desert is amazing!’

My mother must have been in an exceptionally good mood, because after her question, which sounded like a refusal, there was silence for a moment, and then she stated the rule emphatically: ‘The atlas isn’t a children’s book – we don’t draw or colour in it.’ But then she laughed, ‘Well, all right,’ and stipulated, ‘just this once!’

My mother had opened the door, and now my imagination ran wild, between fields of green and deserts of yellow, and a friendly zoo that needed no fences or cages. I saw a sweet-faced donkey approach my window and look at me, I reached out and patted its head and we talked to each other. Maybe some of the animals would decide to come with me and meet my father. In my imagination, the train would speed along and the sweet-faced donkey would be sitting beside me, along with a black she-goat that had become my friend, and with a cattle egret settled on my shoulder.

‘Mama, can we bring food for the animals?’

‘The animals we’ll meet along the way?’

‘Can’t it stop for a little while, so we can spend time with the animals?’

‘Can we stop to pick him a bouquet of flowers from the fields?’

‘The driver won’t permit that.’

‘It’s not impossible, it could happen – really!’

Then, on arrival at our destination, I would hand a bouquet of beautiful flowers to my father and see the laughter in his eyes as he spread his arms wide-open to hug me. I would introduce him to my friends, the animals.

The path of our return journey would be likewise strewn with roses. The Director would say, ‘Go with your daughter and your wife – they are very nice.’

‘You’re off-key, Nada!’ my mother shouted from the next room. She picked up where I left off, and hummed the melody for me. ‘Like this,’ she said, repeating it again.

‘You’re ruining my singing,’ I told her. ‘Who said I wanted a music lesson? Besides, you don’t know the song, and you pronounce the words wrong.’ I mimicked her French accent, ‘
Ghuhna wa geena bis-salaama!
’

I said the last few words only in an undertone, making a dash for the toilet, where I locked myself in and sang at the top of my lungs, while the twofold pleasures of speaking my mind and outwitting my mother converged.

The train didn’t bode well. There was the wooden seat, whose roughness I could feel when I sat on it; the window-shade that didn’t work – we couldn’t open it; and the odour of human sweat, commingled with indistinguishable smells of various foods. And the shrieking baby – it screamed until its mother silenced it with her breast. As soon as she did that and the baby quieted, she resumed her conversation with my mother in a voice so loud I couldn’t stand it. I whispered in my mother’s ear, ‘Can’t you ask her to lower her voice a little – it’s annoying!’ My mother tossed me a glance that told me I was the one who had better be quiet.

The train, with its relentless clamour, its window stuck shut, seemed stifling. I tried to sleep, but I couldn’t, so I distracted myself by imagining the little mice in the room that the neighbours’ daughter had told me about – she said it was a scary, dark room in which children were locked up as punishment. She said she was afraid of mice – why should she be afraid of them? Such gentle little creatures. Silently I talked to the mice, and listened to their replies. But the baby interrupted our conversation with a new round of wailing.

I shouted at my mother in French, ‘Shut that stupid baby up, or I’ll throw it out the window!’

She said in an unmistakably threatening tone, ‘Mind your manners, or we’ll go back home and forget about visiting Papa!’ Then she added in a whisper, ‘The lady knows a bit of French – what if she understood what you said?’

My mother took me to the toilet. She told me to avoid sitting on the seat of the commode.

‘Just don’t touch it! It’s not clean. Leave some space, even if it’s only a little bit, between your bottom and the seat.’

‘Like this.’ My mother put her arms round my waist, so that my weight was supported by my legs and her arms. I emptied my bladder.

I laughed and said, ‘That wasn’t so bad!’ Then, as I followed her back to our seats, I said, ‘It’s not that hard. I can do it by myself next time.’

But the next time I said I was ‘going to the toilet’, it wasn’t to relieve myself; I had decided that I wasn’t going to put up any longer with the dress I’d been made to wear. I went into the toilet, took off the dress, folded it up, and went back out in my underwear. Let my mother say what she liked, let her shout as much as she pleased, she was barmy anyway, yelling all the time for no reason – now she’d have a reason. When I got back to my seat, my mother was engrossed in talking to the fat woman. I sat down calmly and closed my eyes, willing myself to sleep. And in fact I dozed off.

As soon as we entered the hotel room the fat woman sighed deeply and pulled down the covers in order to lay the baby down. ‘Bedbugs!’ she exclaimed. And with that she took out a container of insecticide, gave the baby to my mother, and instructed us to leave the room. A few minutes later she joined us, reclaimed her son, and we went down to the hotel restaurant.

My mother shouted at me in front of the fat woman and her baby, so I turned my face away from her and announced that I wasn’t hungry. I pressed my lips tightly together, crossed my arms on my chest, and stared fixedly at the opposite wall until they finished eating. Then we moved into the sitting room next to the restaurant, but I kept silent and wouldn’t look in their direction, until we went upstairs to the room. We opened the windows, but the smell of insecticide was overwhelming. I told my mother I was going to suffocate, but she said I would just have to bear it. I didn’t see why. Then she gave me a bath and dressed me in my nightgown. She pulled down the covers. The sheet had a big dark stain on it, and I refused to lie down on it. My mother laid a clean, white towel over the stain and said, ‘
Voilà!
Now you can lie down!’

Slow Dreaming by Anne Barwell
A Warrior's Quest by Calle J. Brookes
The Edge of Desire by Stephanie Laurens
Slope of Love (Love in Bloom: The Remingtons) by Melissa Foster
Men With Power: Seduced by a Billionaire by Bell, Adora
Away Running by David Wright
DEBT by Jessica Gadziala
Moonlight and Shadows by Janzen, Tara
Fated Souls by Flade, Becky
Barry by Kate Klimo
Our partner