Blue Moon II ~ This is Reality 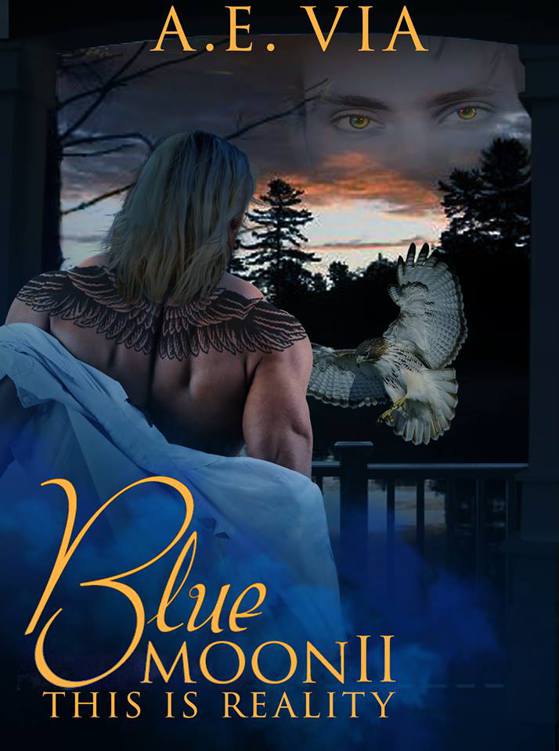 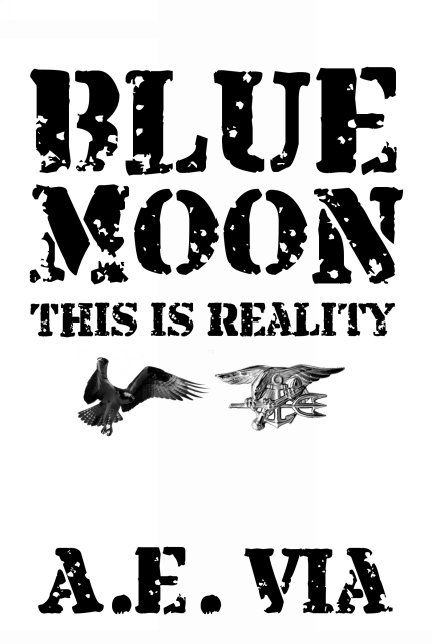 ‘BLUE MOON ~ THIS IS REALITY’

Written by:  Adrienne Enjoli Via

All rights reserved under the International and Pan-American Copyright Conventions. No part of this book may be reproduced or transmitted in any form or by any means, electronic or mechanical, including photocopying, recording, or by any information storage and retrieval system, without permission in writing from the author, Adrienne E. Via.

No part of this book may be scanned, uploaded, or distributed via the Internet or any other means, electronic or print, without permission from Adrienne E. Via.

The unauthorized reproduction or distribution of this copyrighted work is illegal. Criminal copyright infringement, including infringement without monetary gain, is investigated by the FBI and is punishable by up to 5 years in federal prison and a fine of $250,000 (http://www.fbi.gov/ipr/). Please purchase only authorized electronic or print editions and do not participate in or encourage the electronic piracy of copyrighted material. Your support of the author’s rights and livelihood is appreciated.

This book is a work of fiction. Names, characters, places, and incidents are either the product of the author’s imagination or are used fictitiously, and any resemblance to any actual persons, living or dead, events, or locales is entirely coincidental.

This book contains material that maybe offensive to some: graphic language, homosexual relations, and adult situations.

The author acknowledges the trademarked status and trademark owners of the following trademarks mentioned in this work of fiction:

I can’t mention this wonderful ladies name enough. To Tina Adamski of Ally Editorial Services. Thank you for such a wonderful job once again. It’s such a pleasure to work with you and to also learn from you. You’re professionalism and vast knowledge, coupled with your love of this amazing genre makes you the best!  I can’t thank you enough for helping the wild and crazy words in my mind flow so well on paper. Regardless, of my overwhelming grammatical errors that flood my manuscript when you receive it, you never make me feel ashamed. Your kind words and constant encouragement always restores my confidence as a writer.

Love you, hon. You’ve truly spoiled me. I won’t trust another editor with my babies.

To Princess S.O.: Thank you so much for another stunning cover. Sexy, sophisticated, and an absolute beautiful display of art. You continue to wow me!

I’d also like to extend a very special thank you to River Mitchel for making one kick-ass suggestion that had this book taking a huge turn, making it more exciting and definitely sexier. I can’t tell you all what she suggested without spoiling the read, but trust me when I say, Ms. Mitchel is a writer at heart. She has some amazing ideas in her mind that she selflessly shares with me. I’m truly fortunate that she doesn’t mind me picking her brain or sharing her ideas.

Thank you Kristen Karwan for the awesome graphics used to promote the Beastmaster’s final story. Love you, dollface.

Of course to all the readers that have enjoyed my work since the first Blue Moon, I can’t thank you enough for supporting me as a writer. This genre by far has the best fans. Genuine supporters, that are always letting there compliments flow freely. I adore you all. Thank you.

Pierce – code name Backhander – watched the fierce and calculated leader of the Beastmasters ready his team. He and Call were secured in a command center on eighteen wheels issuing orders to the Beastmasters. There were technically seven ex-Special Forces SEALs who made up the team, however there were eight present, because if Shot was going to be on assignment there was no way that FBI Special Agent Fox wasn’t going to be assigned to the mission to back up his lover.

When Pierce came out of retirement after a lengthy career with the DEA to help his best friend retrieve his kidnapped lover from a deadly drug lord, his former boss had pleaded with him to work one more job with the team of his choosing.

But it was never just one more job. The war on drugs was a war that would continue for centuries with an ever-rising casualty count. When one drug lord fell, another would immediately and violently rise to reign in his place. Pierce didn’t want to strategize takeovers for the government anymore, he just wanted to
fully
retire, travel and see the world, enjoy lighter, stress-free days – hell maybe even have a relationship. Pierce returned to duty as a Lieutenant with the Drug Enforcement Agency – an extremely high-ranked strategic intelligence agent with a secret identity. All the raids and sieges that Pierce had single-handedly orchestrated made him a very high-value and wanted target.

He’d come to the aid of the Beastmasters and made the take down of the notorious East Coast drug lord Pedro Valenzo a success – which of course now meant he was back on the radar, and no matter how hard you tried to lock down classified information – shit still leaked out. Word across the country was – Backhander was back and he had one helluva motherfucking team.

“Hawk has a visual. Look alive Beasts.” The deep voice came across everyone’s earpiece, including Pierce's. He tried not to shiver in response to the baritone whisper, but goddamnit. Their long-range eliminations specialist wasn’t always a pleasure to work with – quite the contrary. The man was an arrogant prick.

Call checked and received confirmation that all men were in position before his own melodic voice came across the feed – their commander and leader. “Either men will learn to respect us as conquerors or they will die by the Beast.”

That was their go. When the two SUVs came around the bend, Fox and Shot fired their M39s from two-hundred yards away. Their bullets hit in perfect sync, starting a few feet in front of the first vehicle and traveling up the asphalt toward it, the bullets destroying the concrete like it was paper – a clear warning to the driver – stop or die. Fox and Shot's enhanced rifles were firing a rapid sixty rounds per minute. They let several rounds hit the front bumper and hood before they eased off the triggers.