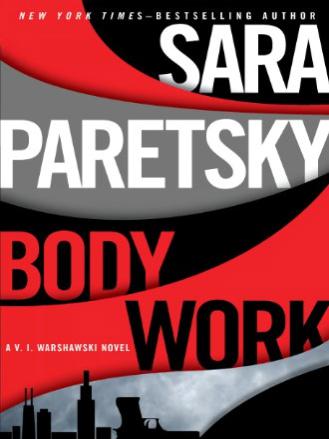 Chapter 1 - Dead in the Alley

Chapter 5 - What on Earth Is Going On?

Chapter 8 - The Hind at Bay

Chapter 9 - The Dead—Before They Got That Way

Chapter 11 - The Mama and the Papa, in Concert

Chapter 14 - And Besides, the Wench Is Dead

Chapter 18 - And the Wheel Goes Round and Round

Chapter 20 - An Egghead Enters the Scene

Chapter 21 - The Super-Rich and Their Fascinating Lives

Chapter 22 - The Road to Kufah

Chapter 27 - Thank God for the Boys in Blue!

Chapter 31 - Searching for an Artist

Chapter 32 - Sand in the Pocket

Chapter 35 - Send in the Marines

Chapter 36 - A Trip South—Alas, Not to Sunshine!

Chapter 38 - A Pleasant Chat with Olympia

Chapter 41 - A Clutch of Apartment Raiders, Plus Dogs

Chapter 46 - Our Lady, Protector of Documents

Chapter 50 - Phew! Around the Sal Corner

Chapter 52 - The Naked and the Dead

Chapter 53 - After the Brawl

Chapter 55 - There Is Some Justice in This World, Just Not Enough

Chapter 56 - A Song Across the Ocean

All rights reserved. No part of this book may be reproduced, scanned, or distributed in any printed or electronic form without permission. Please do not participate in or encourage piracy of copyrighted materials in violation of the author’s rights. Purchase only authorized editions. Published simultaneously in Canada

John Vishneski and Karen Buckley are winners of a charity auction to have characters named for them. The names are all that the fictional Buckley and Vishneski have in common with the winners.

For Jo Anne, Jolynn, and Kathryn

Thanks to Dr. Bill Ernoehazy for his advice on forensic evidence, and on preparing autopsy reports. For reasons of the story, I didn’t follow his advice to the letter, so please don’t be dismayed if you think Captain Edwards should have acted differently.

On a happier note, thanks to Edwina Wolstencroft and the
Early Music Show
for advice on Jake Thibaut’s song. Ms. Wolstencroft directed me to the
trobairitz,
who I’d never heard of before. The translation of Maria de Ventadorn’s poem is taken from Meg Bogin,
The Women Troubadours.

Thanks to Sue Riter for much more than I can say here. You made this book possible; you made it work.

Professor Israel bar-Joseph, an expert on nanoparticles at the Weizmann Institute, was kind enough to speak to me about gallium arsenide, among other matters.

Jolynn Parker provided crucial assistance in critiquing the book in manuscript form. Kathryn Lyndes’s support was invaluable in helping with the final rewrites.

The title of Chapter 55 is an old Russian proverb: “Up a hill you push a cart; down a hill it rolls. There is some justice in this world, just not enough.”

Dead in the Alley

N
adia Guaman died in my arms. Seconds after I left Club Gouge, I heard gunshots, screams, squealing tires, from the alley behind the building. I ran across the parking lot, slipping on gravel and ruts, and found Nadia crumpled on the dirty ice. Blood was flowing from her chest in a thick tide.

I ripped off my scarf and opened her coat. The wound was high in her chest—too high, I knew that—but I still made a pad of my scarf and pressed it against her. Keeping pressure on the pad, I struggled out of my coat and placed it under her. Left hand on chest, right hand underneath, pushing my coat against the exit wound. Without looking up or stopping the pressure, I shouted at the people surging around us to call 911, now, at once.

Nadia’s eyes flickered open as I cradled her. The ghost of a smile flickered at the sides of her wide mouth. “Alley. Alley.”

“Shhh, Nadia, save your strength.”

I thought it was a good sign, a hopeful sign, that she spoke, and I kept pushing against her wound, singing snatches of a cradle song, trying to keep us both calm. When the paramedics arrived, and pried my hands free from her wounds, they shook their heads. She’d been dead for several minutes already.

I started to shiver. It was only when the medics forced me to my feet that I felt the January wind cut into my bones. The medics brought me into the ambulance but left Nadia lying on the ground, waiting for a tech team to photograph her. The crew wrapped a blanket around me and gave me hot sweet coffee from their own thermos.

“You did the best that could be done. No one could have done more.” The tech was short and muscular, with wiry red hair. “She was bleeding out within minutes of being shot. I’m guessing the bullet nicked a major vein, but the ME will tell us more. Was she a friend?”

I shook my head. We’d barely spoken, and at that point, in fact, I only knew her first name.

A cop poked his head through the open ambulance door. “You the gal that put her coat on the dead girl?”

Dead woman, I started to say, but I was too exhausted to fight that battle tonight. Nadia was dead, and whatever one called her, it wouldn’t bring her back to life. I didn’t move from the bench facing the stretcher but croaked out a yes.

“Can we talk inside, ma’am?” the cop said. “The EMTs are going to take the dead girl to the morgue as soon as the photo team is through, and it’s five degrees here in the parking lot.”

I handed the blanket back to the ambulance crew and let the cop give me a hand as I jumped off the back. Nadia was lying where I’d left her, her face silver under the blue strobes, the blood on her chest black. My coat was still underneath her. I walked over and fished my car and house keys from the pockets, despite outcries from the evidence team. My handbag was lying a few feet from the “dead woman,” I muttered out loud. I picked up the bag, also against the outraged shouts of the officer in charge.

“It’s my handbag, which I dropped when I was performing first aid. You don’t need it and I do.” I turned on my heel and walked back into the Club Gouge. The bag was handmade from red leather, an apology of sorts from the friend of a dead missing person, and I wasn’t going to risk losing it or my wallet in an evidence locker.

Everyone who’d been in the club or the parking lot, except those crafty enough to escape ahead of the team in blue, had been herded into the building. A minute before, I’d been too cold, but the club atmosphere, hot, nearly airless, made me ill. I started to sweat, and fought a rising tide of nausea.

The club staff, including my cousin Petra, were huddled by the bar. After a moment, when I decided I wasn’t going to vomit, I shoved my way through the crowd to Petra’s side.