Read Boudreaux 01.5 Easy With You Online

Boudreaux 01.5 Easy With You 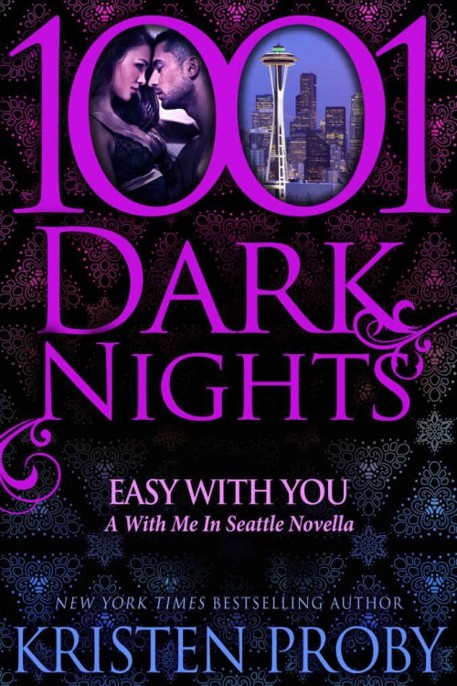 A With Me In Seattle Novella

A With Me In Seattle Novella

Nothing has ever come easy for Lila Bailey. She’s fought for every good thing in her life during every day of her thirty-one years. Aside from that one night with an impossible to deny stranger a year ago, Lila is the epitome of responsible.

She’s pulled herself out of the train wreck of her childhood, proud to be a professor at Tulane University and laying down roots in a city she’s grown to love. But when some of her female students are viciously murdered, Lila’s shaken to the core and unsure of whom she can trust in New Orleans. When the police detective assigned to the murder case comes to investigate, she’s even more surprised to find herself staring into the eyes of the man that made her toes curl last year.

In an attempt to move on from the tragic loss of his wife, Asher Smith moved his daughter and himself to a new city, ready for a fresh start. A damn fine police lieutenant, but new to the New Orleans force, Asher has a lot to prove to his colleagues and himself.

With a murderer terrorizing the Tulane University campus, Asher finds himself toe-to-toe with the one woman that haunts his dreams. His hands, his lips, his body know her as intimately as he’s ever known anyone. As he learns her mind and heart as well, Asher wants nothing more than to keep her safe, in his bed, and in his and his daughter’s lives for the long haul.

But when Lila becomes the target, can Asher save her in time, or will he lose another woman he loves?

New York Times and USA Today Bestselling Author Kristen Proby is the author of the popular With Me in Seattle series. She has a passion for a good love story and strong characters who love humor and have a strong sense of loyalty and family. Her men are the alpha type—fiercely protective and a bit bossy—and her ladies are fun, strong, and not afraid to stand up for themselves. Kristen spends her days with her muse in the Pacific Northwest. She enjoys coffee, chocolate, and sunshine. And naps. Visit her at
KristenProby.com
.

The With Me In Seattle Series:

Come Away With Me

Under the Mistletoe With Me

The Love Under the Big Sky Series (published by Pocket Books):

and be entered to win a Tiffany Key necklace.

There's a contest every month!

As a bonus, all newsletter subscribers will receive a free

An excerpt from Easy Love by Kristen Proby

One Thousand and One Dark Nights

Once upon a time, in the future…

I was a student fascinated with stories and learning.

I studied philosophy, poetry, history, the occult, and

the art and science of love and magic. I had a vast

library at my father’s home and collected thousands

of volumes of fantastic tales.

I learned all about ancient races and bygone

times. About myths and legends and dreams of all

people through the millennium. And the more I read

the stronger my imagination grew until I discovered

that I was able to travel into the stories... to actually

become part of them.

I wish I could say that I listened to my teacher

and respected my gift, as I ought to have. If I had, I

would not be telling you this tale now.

But I was foolhardy and confused, showing off

One afternoon, curious about the myth of the

Arabian Nights, I traveled back to ancient Persia to

see for myself if it was true that every day Shahryar

(Persian:
شهریار
,
“king”) married a new virgin, and then

sent yesterday's wife to be beheaded. It was written

and I had read, that by the time he met Scheherazade,

Something went wrong with my efforts. I arrived

in the midst of the story and somehow exchanged

places with Scheherazade – a phenomena that had

never occurred before and that still to this day, I

Now I am trapped in that ancient past. I have

taken on Scheherazade’s life and the only way I can

protect herself and stay alive.

Every night the King calls for me and listens as I spin tales.

And when the evening ends and dawn breaks, I stop at a

point that leaves him breathless and yearning for more.

And so the King spares my life for one more day, so that

he might hear the rest of my dark tale.

As soon as I finish a story... I begin a new

one... like the one that you, dear reader, have before

“You should consider moving here,” Mike says and takes a pull of the long-neck bottle of his beer, then shifts his gaze from the baseball game on the screen above the bar to me. We’re in the heart of the French Quarter in New Orleans, at some bar on Bourbon Street, having a few beers after a long day of work.

I shake my head. I’ve heard this line from my brother at least a dozen times since he and his wife moved here from New York last year.

“Casey will be happy wherever you’re happy,” Mike replies. “Don’t you want to be close to family?”

“I’d be kicking your ass all the time,” I reply. “You’d be begging me to leave in a week.”

“You could try, little brother,” Mike says with a smirk. “The force could use you.”

I shrug a shoulder and drink my beer. I like working for the Seattle force. I have a dependable partner. Casey does well in school. But there’s no family for us there, and I admit it’s hard when my babysitter bails on me.

Being a single father fucking sucks.

Mike nods and checks his phone when it lights up with a text. A group of girls behind us are laughing loudly, clearly having a good time. I wonder if it’s a bachelorette party.

I laugh and shake my head as I take a drink of my beer. “Good for you, buddy.”

“Ten years and two kids later and you still get that shit-eating grin on your face.” I smile, happy for my brother.

“Of course, I love her.” He shoves his phone in his pocket, swallows the last of his beer, and claps his hand on my shoulder as he climbs off his stool. “I’m out. See you tomorrow.”

Suddenly, the sexy redhead from the group behind me is standing next to me at the bar, blinking her glassy green eyes. “Hi there.”

“Having a good time?” I ask with a grin.

“Yes.” She blinks some more, and then her eyes widen in recognition. “I know you!”

“Yes! You were on the plane with Lila yesterday. Asher?”

“That’s right.” I take her offered hand and shake it, immediately remembering the gorgeous woman I caught in my lap on the plane. “Is Lila with you this evening?”

And if she is, how in the ever-loving hell did I miss her?

Once a Crooked Man by David McCallum
James, Stephanie by Fabulous Beast
El perro pastor que perdió su rebaño by Consol Iranzo
Fear the Night by John Lutz
The Girl Who's Never Had a Valentine by Elizabeth Player
Skylock by Paul Kozerski
Shadow Train by J. Gabriel Gates
Wexford 22 - The Monster In The Box by Ruth Rendell
Lucas: The Hunter Brothers Series by L.J. Dee
The Father's House by Larche Davies
Our partner