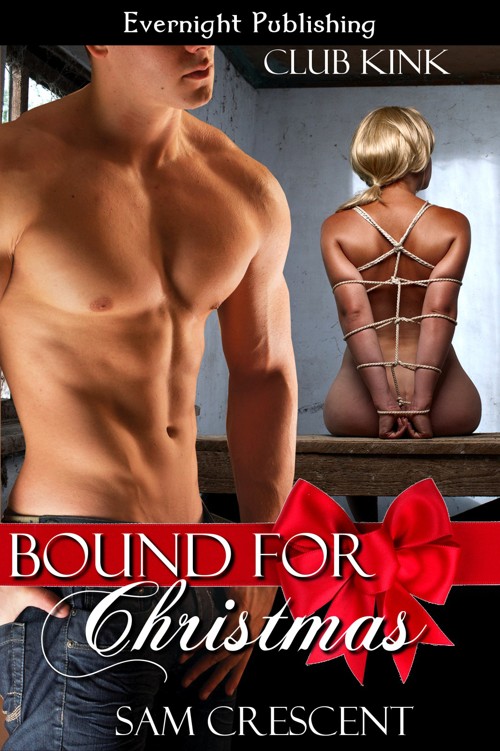 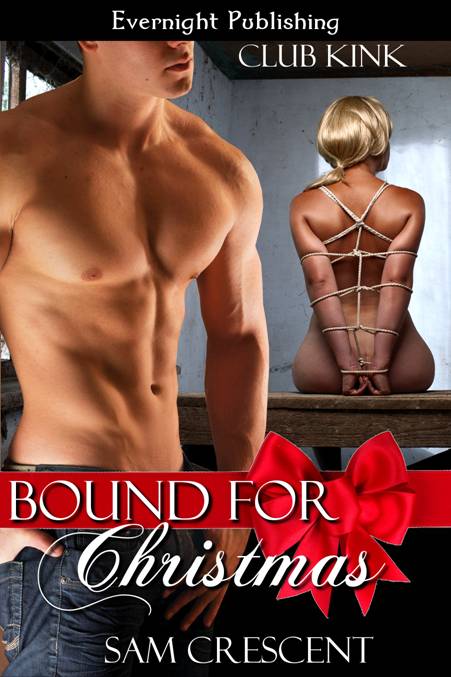 Please, be safe in all things.

Leon Butters watched the other
submissives
within the club prepare his woman for him. Her
training would soon begin, and he couldn’t wait to get started. She’d never
been with another Dom before him. He’d be her first and only if he had his way.
The submissive in question was Bernice Rowe. She worked at the local library,
and he’d had his eye on her for some time. The moment she’d entered the
exclusive BDSM club, appropriately titled Kink, on the outskirts of the city
he’d been hooked on her. She had a wave of innocence about her that called to
the most protective part of
himself
.
wanted to protect and claim
her as his own.

He wanted to know everything about her.

His hand fisted at his side. The desire to
reach out and touch her was too intense.
held himself back. Losing
control would not do well for his reputation. Every Dom at Kink needed to show
the ability to keep themselves together in front of all their subs.

This was his and Bernice’s initiation. He had
the full Christmas period in order to make her his. What they did at club Kink
was to try to match a needy sub with the right Dom. For the last six months
he’d been trying to gain Bernice’s attention and even put in a bid to win her
from the other unattached
Doms
in Kink.

She had become a prize amongst the
Doms
with her long, silky blond hair that fell down to her
waist. The locks would look delightful wrapped around his wrist as he pulled
her closer. Bernice had a larger figure than most of their subs. Her tits were
large, more than a generous handful, and they were pert. He’d seen her on
display many times when they’d requested participation from their practising
subs.

There was a murmur throughout the club, and
then
raised his arms. The giving ceremony was about to begin.
didn’t know how other clubs handled the
giving of subs, but at Kink it all had to be done to
’s protocol. Every ceremony needed to be
in front of witnesses along with a ten page contract, signed and sealed before
the main event. It was like a marriage only without a church and the commitment
afterward.

Some
Doms
preferred
to train a sub without any thought of a relationship afterward. He’d done it
himself in other situations. With Bernice, he wanted more. By the end of the
three week initiation period,
wanted to claim her as his wife.

The feelings inside him were intense. He
refused to be guided by anything else. Over the years he’d lost everything
important to him by going with his head.
knew it wasn’t conventional.
Most men led with their heads instead of their hearts. He was different and
more than willing to accept that.

“Bernice Rowe, do you promise to listen to your
Master and follow his instructions completely, unless your safe word is
spoken?”
asked.

had zoned out
through most of the words. He’d attended so many of these initiation ceremonies
that he could recite them by heart without much effort.

“Yes, Sir,” Bernice said. The tone of her voice
went straight to his dick. She held every single note of a submissive. He
couldn’t wait to get started. The cabin he’d picked to spend his Christmas was
in the middle of nowhere. He knew there would be a thick layer of snow fall
soon, and the whole place was fitted with all the necessary equipment and
amenities he’d need for the duration. By the end of the three weeks, he wanted
her filled with nothing but him.

Her safe word was the cutest thing, Daffodil.
A gorgeous, springtime flower.
How could he not find that
adorable?

“
, do you promise to take care
of your sub and give her everything she needs from pleasure to punishment?” He
agreed to the terms.

He knew everything was in place because
Bernice’s safety was the primary concern. There was no way
would risk the reputation of the club
for anyone. They were all checked before they became
Doms
.
It was more like trying to audition for a job than something he took part in
outside of work. Being a Dom at Kink was not considered a hobby. It was part of
you.

knew he was a
dominant. Always had been and always would be. He needed to be in charge of
every aspect, including his women. They answered to him. He didn’t share what
was his. Yes, he’d witnessed threesomes with other people but never took part
himself. He could not let go and allow another man to satisfy what was his.

Women were not to be shared. They were to be
desired and seduced. He wanted Bernice in the privacy of their cabin so he
could show her exactly what he meant by pleasure.

“Then, rise,”
said to Bernice. She rose. Her glorious
tits shook with each of her indrawn breaths. The desire to reach out and cup
one of those mounds was intense. He fisted his hand by his side to stop himself
from screwing this up. If
didn’t think he was in control then Bernice would be sent home without being
allowed in the club again. Considering they were supposed to be a bunch of
kinksters
, they had a lot of rules to follow.

took her hand then placed it within his. The
action was very similar to a marriage ceremony of a father giving the groom his
daughter.

“You’ll earn a collar, and I wish you both a
very Merry Christmas. I’ll see you for the new year.”

The audience clapped their hands.
no longer cared. Bernice was staring at him with her gorgeous blue eyes, and he
was lost.

“Are you ready?” he asked. Her hand shook
within his. Her eyes never left his as her tongue peeked out to lick her lips.
He wanted her tongue wrapped around his dick. There was so much for him to
share with her. He didn’t want to waste a moment of their three weeks together.

That was it? She’d waited six months to give
herself to
,
and that was all it took. Glancing at the clock above the bar along the far
wall she saw it had taken less than twenty minutes to become his sub. She’d
been practising this moment for the last few weeks. Bernice had even begun to
exercise so that her body would be a little decent to look at. Her belly was
rounder than most of the women who frequented the club. She knew her size made
her stand out a little too much.

“Now that you’re mine, I can do what I want
with you, and I want you to cover up.”
let go of her hand for a split
second to remove his full-length jacket. He wrapped the jacket around her
shoulders. The length fell to her ankles covering all of her naked body.

“I know you, baby. You’re not one to be naked
in front of a room full of people even though you do try to test my willpower.”
He rubbed her shoulders. The action soothed her more than she thought possible.

She gazed down at the floor. All her practice
deserted her at having his hands on her. He visited the library, where she
worked, three times a week. The only touch between them occurred when she took
his books off him. The staring would continue for however long he stood in the
library. She always felt the compulsion to look at him, a compulsion that had
quickly turned into an obsession. He became the highlight of her day and the
best part of her week.