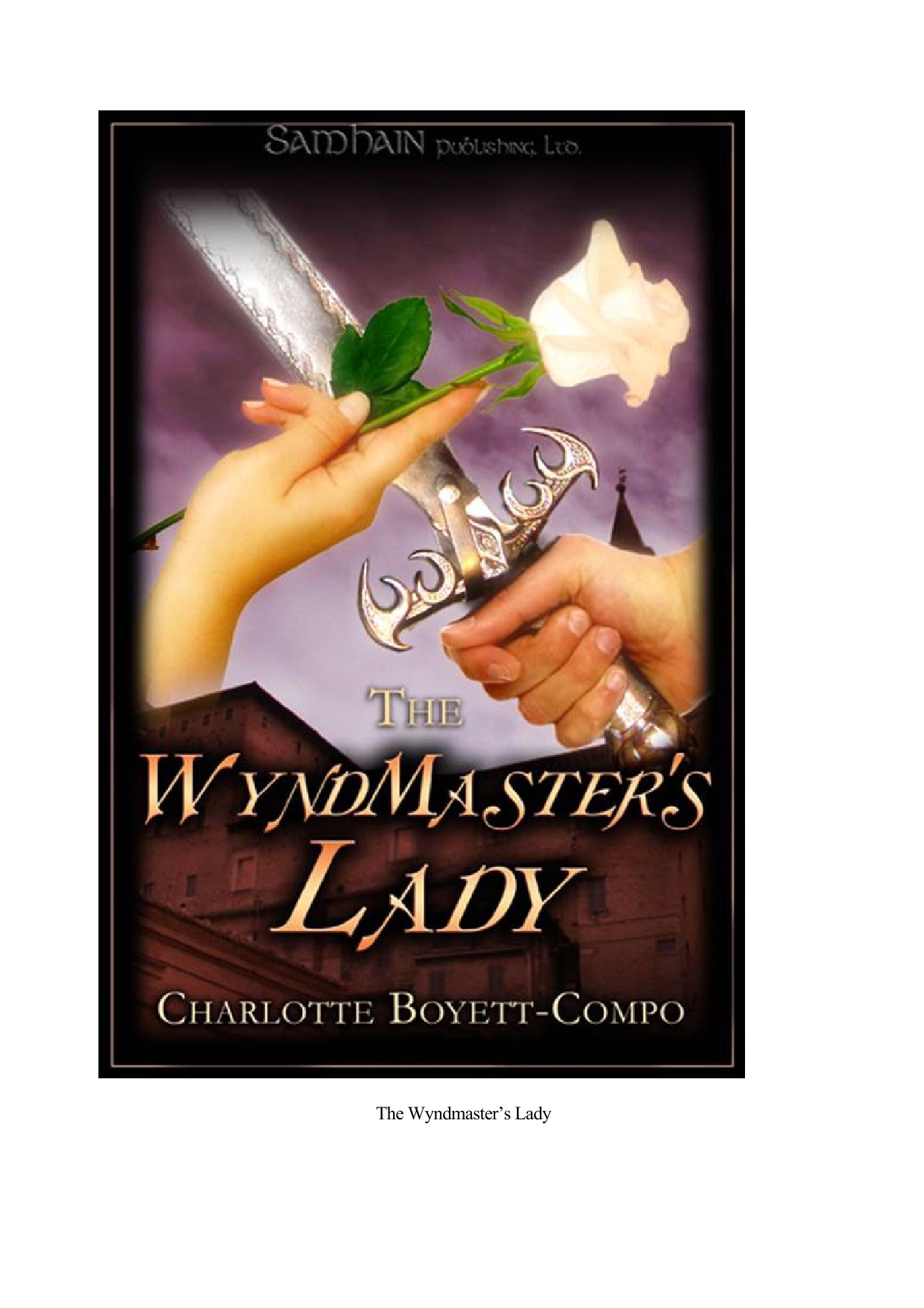 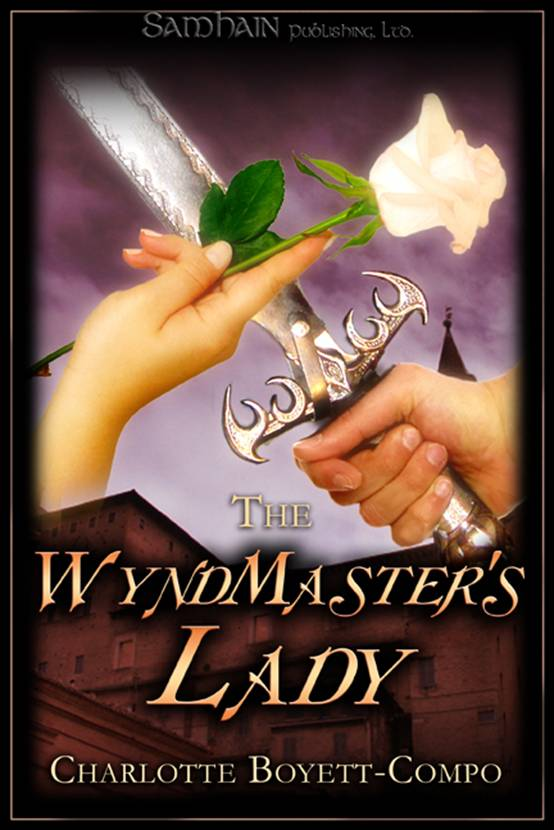 To my precious Buddha Belly, who has always been the wind beneath my wings.

Lord Charles Henry Allen of Dragonmoor was considered to be the pinnacle of evil in his day. Since he

discussed even though his strange predilections for murder, mayhem, and mutilation were well

documented. Few people knew he was so well-connected to the royalty and the ones who did kept that

For those aspiring to be classified a human monster, his was the pattern from which the wretched

garment was cut. Possessing not one shred of compassion in his cold black heart or even a single drop of

coated with the blood of his enemies. Beneath his immaculately groomed fingernails, a tell-tale crimson

stain was left under the index finger of his right hand to remind him of the pleasures of his day past.

Just as the sight of that fleck of red soothed him; likewise were the bloodcurdling screams of his victims'

sweet music to Lord Charles’ ears. Upon viewing a broken spirit, a lacerated soul, the pitiful

wretchedness of a man and—in the odd moment, woman—cast forever into the bowels of Dragonmoor

Keep, the Dungeon Master would sigh with utter contentment. In his element amidst the various ghastly

instruments of torture, he preferred to be hands-on with his prisoners, taking an active part in their

prolonged anguish. Those who had foolishly opposed his iron will, who rebelliously had gained his

undivided attention or garnered his unceasing ire, were given special care in the dungeon

Dragonmoor and that was at the skeletal hands of the Grim Reaper who came to call on a regular basis.

Situated far beneath the rocky soil of the Allen ancestral estate, the dungeon had never been breached

nor had a prisoner ever escaped the dank, dismal cells whose walls sweated rank water and were as

frigid as a tomb concealed under the northernmost tundra. No light ever shone within the cells of Lord

Charles’ internees. His captives were consigned to the dark, the only sounds penetrating their wretched

four foot by four foot cubicle being the squeal of rats, the constant drip-drip-drip of the foul water oozing

from the privies above them, and the occasional moan—perhaps even a horrific scream—torn from the

Tall, lanky and with a cadaverous face that was as pale as buttermilk, Lord Charles could often be seen

walking the battlements of Dragonmoor in the evening. Dressed all in red with a voluminous scarlet wool

cape thrown over his thin shoulders for warmth, he would pace the wall walk, stopping to peer over the

parapet to the moat far below where beasts snapped and splashed in the teeming water. Occasionally he

would toss down a meal to the beasts, smiling gleefully as a helpless body crashed into the water and

No one came to call at Dragonmoor and none of its servants ever left. Their own lives nearing their ends

either by advancing age or having gotten on the wrong side of Lord Charles’ temper, the inhabitants of

the keep knew there would be no decent burial for them, no gentle retirement in a cottage by the winding

stream on the east side of the estate. They—like the hapless victims who rotted away in the

dungeon—would end up in the bellies of the beasts that guarded the moat.

to send a haughty woman screeching into madness. Only one treasure was held dear by him and it was

testicles. Only a select few ever looked upon Lord Charles’ priceless possession and not a single one of

those carefully chosen, keenly watched guardians was allowed to touch that one thing held by the lord to

be more sacred than life itself. Under penalty of the most excruciating agony, the most exacting anguish

applied vigorously would a protector allow harm to come to the Allen crown jewel.

That prized jewel was Lady Anna Celeste Allen, Lord Charles’ only child and the one weakness that

made him even remotely human. The sun rose and set upon her golden head and the light of his world

shone from her pale blue eyes. In her frail, soft hand she wielded a power far greater than that of any king

or queen for she could command the most powerful man in Aravar and bring him to his knees with love.

As evil as Charles Henry Allen was, as wickedly malevolent, he was putty beneath the gentle smile that

turned his daughter’s lovely face from beautiful to exquisite. Save her freedom to venture beyond the

walls of Dragonmoor, he could deny her nothing for he had wrapped himself around her little finger and

there bound himself for as long as he lived. She was his precious child, his heir, his every wavering

breath and he loved her as he had never loved even the woman who had brought her into his world. To

him, she was everything and a wealth to be kept pure and unsullied, as innocent as on the day she had

Let no man ever dare lay hands to Anna Celeste for in the doing, the Dungeon Master, the Keeper of

the Gallows, the Lord of Agony, would descend like the Hound of Hell upon the poacher and the Abyss

would open up to spew forth a fury and retribution the likes the world had never known.

Woe be unto he who might cast a seductive glance upon the Lady of Dragonmoor.

Pain was something Sierran Morgan knew all too well. He’d endured more than what he considered

was his due over the last twenty-nine years. From his mother’s cherry laurel switch applied to his bare

legs to the grouchy slaps of his sisters, from his father’s razor strap laid heavily on a bare ass to the

enraged fists of his brothers, he knew what
hurt
meant. But no matter how many times his mother had cut

the blood from his legs or his father’s leather had come down unsparingly on his backside, nothing could

shoulder to left hip in a perfect X. When the third lash came to bisect him from ribcage to ribcage, he

could not stop the grunt that tore from his throat. The fourth through the seventh blows slammed him

brutally against the wooden beam to which he was shackled. It was all he could do not to cry out, so he

buried his forehead against the splintery wood and clamped his jaw tightly shut, unwilling to let another

tell-tale sound of agony escape him.

He was vaguely aware of the other soldiers behind him as his sentence continued. His men were shuffling

their feet but not a one of them dared to open his mouth to protest their commander’s punishment. They

Having lost count after the twelfth blow, Sierran dug his nails into the wood and, with his eyes squeezed

tightly shut, silently endured. His back felt as though a caldron of fire had been tossed upon it and the

muscles of his arms were quivering, sweat pouring down his face. The nine knotted cords with the brass

barbs at the end sliced deeply into his muscles with each pass of the cat. When he was barely conscious,

his blood dripping to the ground at his feet, the blows finally stopped.

Sierran sagged against the manacles that held his wrists tight to the whipping post. He sensed someone

coming to stand beside him and cringed, praying whoever it was would not touch his ravaged back.

“Perhaps now you will think twice before disobeying me, boy!” General Thurston hissed in his ear.

The general stepped back. “Take him down and slap his ornery ass in a cell. I’ll deal with his

Stamping down the urge to groan at the general’s words, Sierran wondered what other punishment the

madman intended to mete out.

“Keep your mouth shut, lad,” the executioner cautioned as he and his helper came quickly forward to

unlock the shackles holding their prisoner’s wrists. “Don’t you make a peep or he’ll have you back up

The shackles off his wrists, excruciating pain lanced through Sierran’s back as his legs gave way and the

two men had to fumble to hold him up. The muscles in his back screamed in protest as they pulled him

away from the whipping post. He couldn’t stand on his own and as they started toward the prison with

him, his feet dragging along the ground, he passed out, unable to take the agony pulsing in his body.

When he came to late that evening, he was lying on a smelly blanket on the rock hard, cold stone floor

of Wardsgate Prison in the capitol city ofPlacida . His cheek was pressed to the rough wool of the

blanket, his arms above his head. He could smell the harsh odor of astringent and thanked the gods he

hadn’t been awake when it had been applied to his back. He had first-hand knowledge of how badly the

Trying to lift himself up just enough to test the level of pain in his back, he drew in a quick breath and lay

perfectly still, striving hard not to groan. The level was intense but he knew he had to sit up for the longer

he lay there, the weaker he would get. With his jaw firmly set, he tried again as tears formed in his eyes.

It took every ounce of his concentration, his willpower, and strength to push to his knees and when he

managed that, paused with his forehead on the cold stone floor and his ass in the air for several minutes

before gathering the courage to heave his upper body to a kneeling position.

“Gods!” he couldn’t stop himself from gasping. Liquid fire was running down his back and he began to

shudder, his teeth clicking together.

On his knees with his hands planted firmly on his thighs, he stayed that way for a long time, breathing

quickly though shallowly, his head lowered, eyes tightly shut against the ungodly agony pulling at his flesh.

By the time the guards came to bring his meal of brackish water and moldy bread, he was sitting in the

middle of the floor, his legs crossed beneath him, soles touching.

“Blimey, you’re a tough one, Commander,” one of the guards remarked as his partner unlocked the

cell. “Most men wouldn’t be sitting up so soon after such a beating.”

Sierran ignored the man. Sweat was running down his face as he concentrated on a spot on the wall

across from him. His hands were cupped loosely in his lap—thumbs and first three fingers pressed

together. With the pain engulfing his body, he had not been able to assume the full meditation position his

in half again as he contemplated the blemish on the wall.

“Your men send their support, sir,” the guard whispered as he bent over to place the cup of water and

hunk of bread on the blanket. “We all do.”

Tearing his attention from the wall, Sierran looked up as the guard straightened up. “Thank you,” he said

“My pleasure, sir,” the guard mumbled as he shuffled out of the cell.