Brady Carmichael and the Poodle of Mass Destruction - The Kachina Shaman 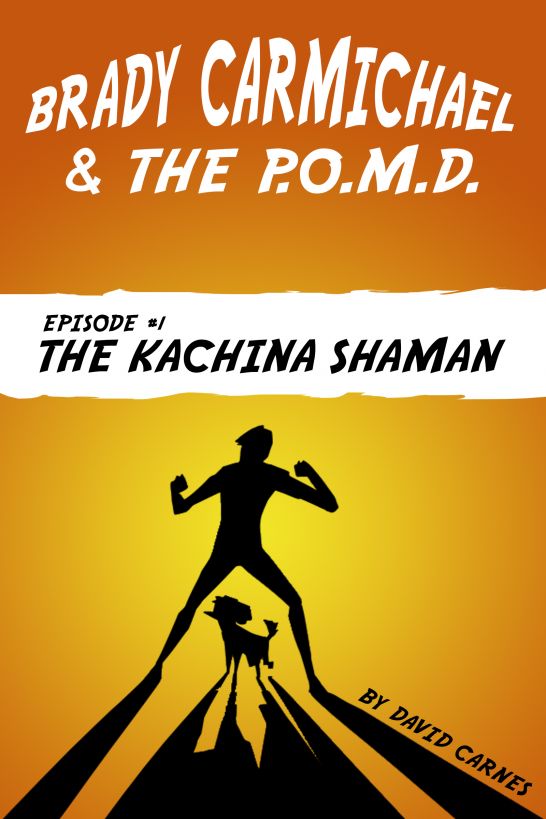 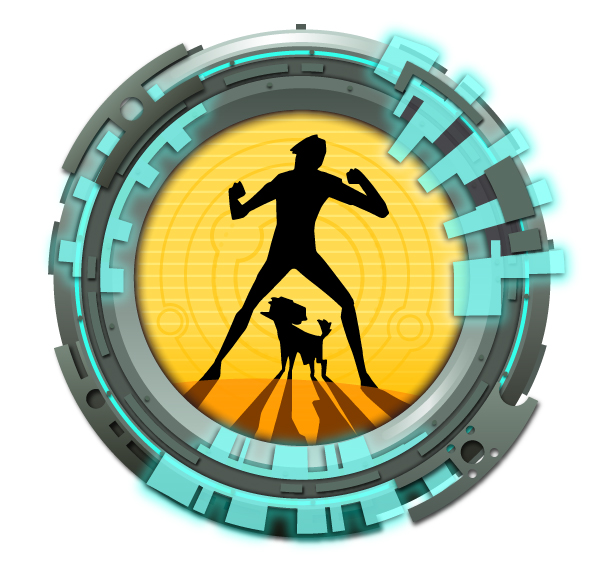 Thank you for downloading this free eBook.
You are welcome to share it with your friends. This book may be
reproduced, copied and distributed for non-commercial purposes,
provided the book remains in its complete original form, with the
exception of quotes used in reviews.

Your support and respect for the property of
the author and illustrator is appreciated.

This book is a work of fiction and any
resemblance to persons, living or dead, or places, events or
locales is purely coincidental. The characters are productions of
the author’s imagination and used fictitiously.

The phone rang, and it wasn’t the regular
phone. It was the red one.

A teenage boy wearing dark pants, a
buttoned-up white shirt with a skinny tie and a pressed black lab
coat answered the phone. He pushed back his horn-rimmed glasses and
set down an old-fashioned clothes iron. It hissed loudly, releasing
a puff of steam that smelled like clean laundry, burnt circuits,
and wet dog. 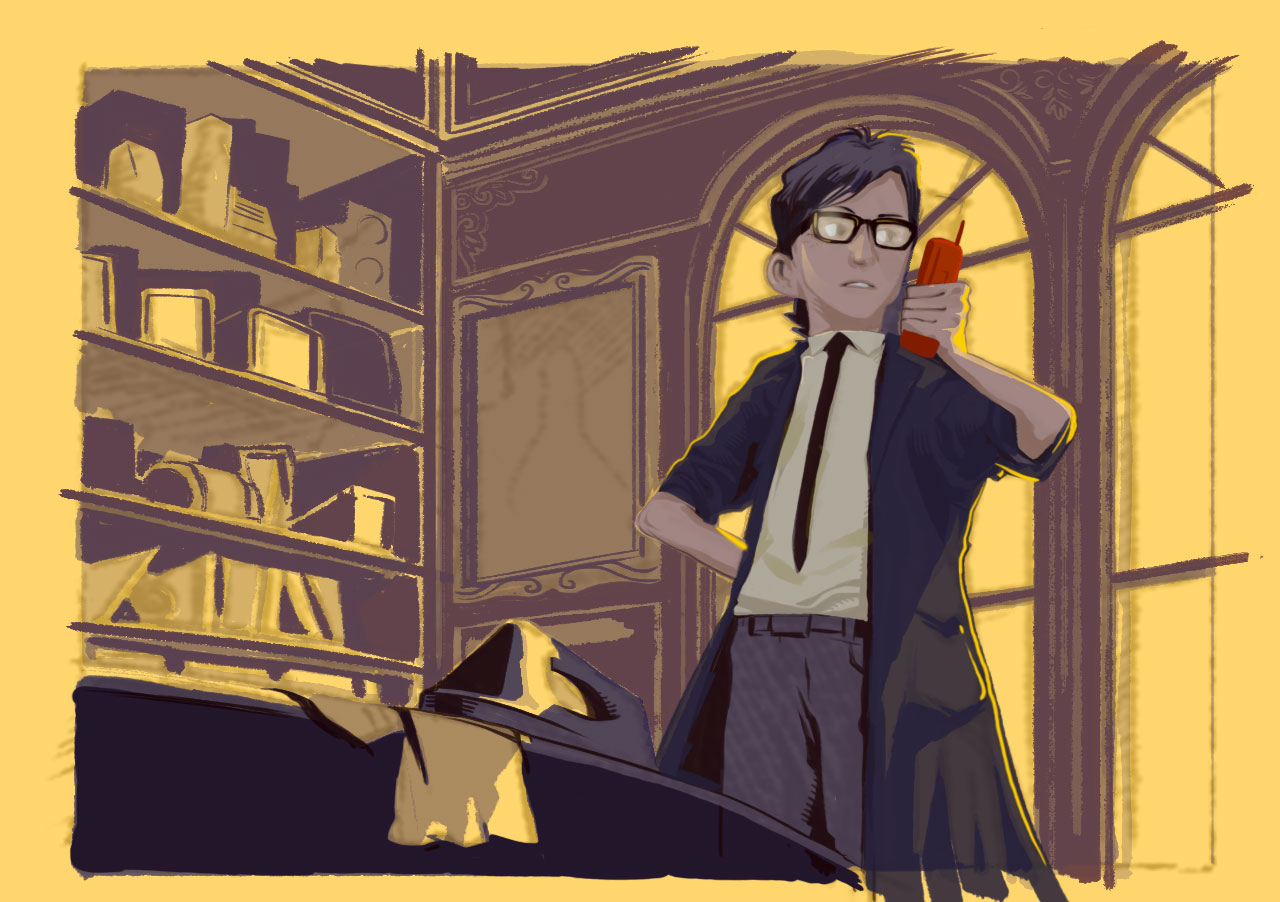 “Alrighty then, agreed?” Brady paused,
waiting for an answer. “Good. Give us forty minutes.”

He clicked off the phone and shouted, “Yo
Fifi! We got a job...”

Fifi took the headphone bud out of her ear.
She thought she had heard Brady say they had a job, but she wasn’t
sure. 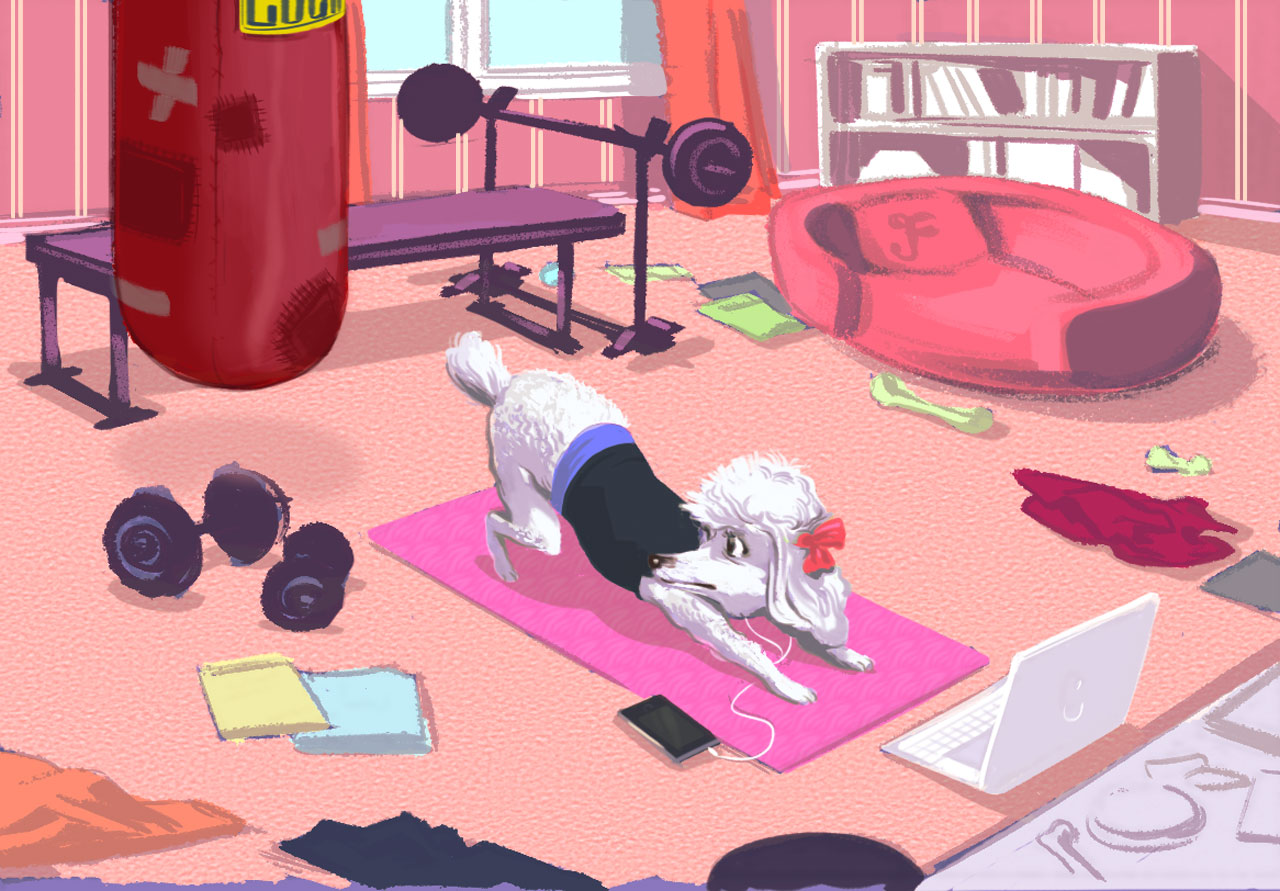 She paused the Jessie J. track she had been
listening to and delicately stepped off her yoga mat, avoiding a
patched and battered boxing bag that was still swinging in the air,
creaking softly.

Her painted purple claws clicked on the
hardwood floor as she trotted over to the top of an iron spiral
staircase. In her high pitched, barky-growly voice she called down,
“Brady, you talking to me?”

“Yeah Feef, we’ve got a job. Just got a call
from the President himself.” Brady yelled to her, craning his neck
to look up the winding stairs.

“Ooo did you ask about Bo? How’s he doing?”
Fifi shouted down.

“No I didn’t ask about the President’s dog.”
Replied Brady, “I didn’t think you liked Portuguese Water Spaniels.
Did something change?”

Fifi had been having a hard time in the love
department. Her current infatuation was with celebrity dogs. Other
dogs might not be able to talk like she could, but her doggie
boyfriend should at least be unique. She was, after all, a
one-of-a-kind poodle. She had genuine alien-modified DNA that gave
her the strength of one hundred saint bernards and the smarts of
ten Einsteins. She felt that it would be right and proper to also
have a one-of-a-kind doggie boyfriend.

Bo might be a Portuguese water spaniel,
thought Fifi, but he is the president’s dog and his butt smells
delightful.

“Maybe we could see him when we’re done with
this mission?” she asked as she zipped down the stairs.

Together Brady and Fifi headed down to the
secret complex hidden under their house.

They stepped off the elevator and were
blasted by the smell of jet fuel, hot electronics, and Burma for
Him aftershave.

Fifi and Brady walked purposefully into the
big lab next to the hangar where they kept their gear, the majority
of their testing equipment, their collection of ships, planes,
souped-up cars and Grampa.

Actually, Gramps spent most of his time there
by choice. He was always tinkering with the equipment and coming up
with new gadgets. Brady definitely got his engineering genius from
Grampa’s side of the family. It didn’t hurt that Brady’s DNA was
also modified during the same strange event that changed Fifi – but
that’s another story.

“Headin’ out Gramps. Got a call from Barack.
It’s a recovery gig,” Brady said as they saw Gramps leaning over a
workbench, up to his elbows in a tangled nest of wires and circuit
boards.

“Sounds good Brady. Wait - before you go,”
Gramps waggled his bushy caterpillar eyebrows at Brady. “I’ve got
something for you.”

“Yep, something special for each of you.
Follow me.” Gramps walked over to the wall, punched a combination
into a keypad, and held up his palm for a hand scanner.

A polite sounding woman’s voice issued from
the speaker, “User identified, access granted.” Drawer handles
popped up along the surface of the wall, making a satisfying
“chi-kung” noise. The old man pulled the drawer open and reached
into the dark compartment.

“Here, try this on...” Gramps held out a
shiny silver chain with a black and silver medallion swinging from
the end of the loop. 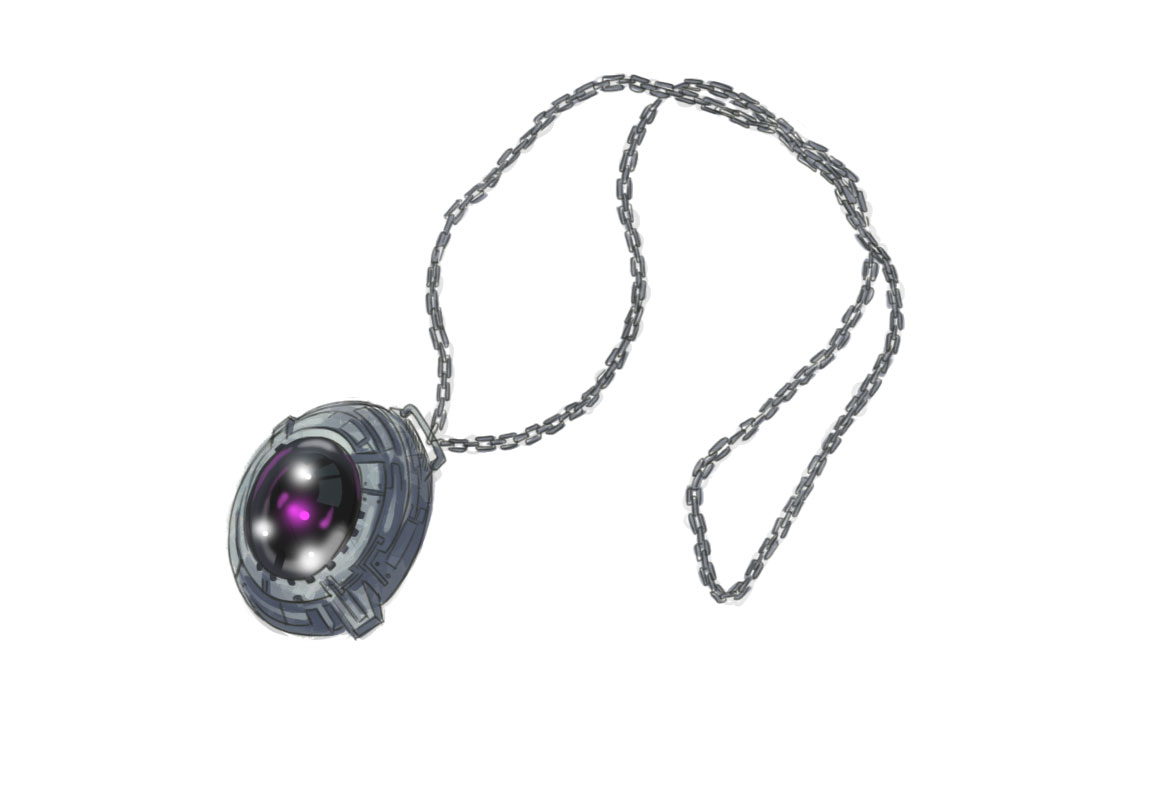 Brady took it from him with a smile, “Oh
Gramps, you’ve fixed the PODS! Awesome, thanks. I’ve been meaning
to get to this. Last week was so busy with school and work. I had
that term paper to write for humanities and then there was the
tsunami in Indonesia we had to stop…”

“Yes I did, and you’re welcome,” interrupted
Gramps. “And this time they’re waterproof.”

Brady slipped the chain around his head,
“I’ve always liked these little guys,” he said and he pressed a
button on the silvery back side of the pendant. Eight tiny white
lights began glowing on the black front of the medallion. The light
ebbed and flowed as if keeping time with an invisible drum beat.
“Looks like they’re syncing up.”

PODS stands for Personal Orbital Defense
System. It was a project Brady and Gramps had been working on for
quite some time. Though Brady and Fifi were both amazingly fast and
strong, they could still get hurt like anyone else. They had tried
heavy armor suits - Ironman was one of Brady’s favorite superheroes
- but Fifi didn’t like them because she said full armor messed up
her hair and was “stupid looking” on a dog.

The light’s pulsing rhythm slowed and a red
dot appeared in the middle of the pendant. It began to glow faintly
in time with the others.

“Looks like it’s warmed up,” Brady said,
“Does it still respond to the same voice and hand commands?”

“Try it out Brady.” Gramps told him, “I’d
still suit up as usual, but these will be a nice addition to your
toolbox.”

In a clear voice Brady said the command word,
“Shazam!” while at the same time opening his hands so all ten
fingers were splayed out.

There was a series of tiny clicks and as if
by magic, the lights floated out of the pendant and began circling
Brady. They orbited around him like tiny stars. Spinning and
buzzing, they went faster and faster until it seemed like there
were eight beams of pulsing light circling Brady’s body.

“OK, here’s the fun part,” said Brady
smiling, “Throw something at me, Feef.”

Fifi looked around, found what she was
looking for, and launched an old, marble patterned black and yellow
bowling ball that had been sitting next to one of the workbenches.
With her strength and agility, this was actually a pretty serious
attack. It flew directly at Brady’s chest.

Brady punched at the oncoming ball and the
PODS responded. Following his hand gesture, the pulsing beams of
light flew from their orbits to intercept the heavy ball.

As the PODS met the bowling ball they took up
orbit around it. Their gentle humming paths seemed to suspend the
law of gravity as they first slowed then stopped the black and
yellow orb in mid flight. It floated motionless, like a sun
surrounded by eight speedy little white planets.

Brady looked over at Fifi and winked at her.
Then he closed his hands making two fists. There was a sound like a
knife cutting a ripe apple and sixteen perfectly sliced sections of
bowling ball fell to the ground.

With what sounded like a satisfied hum, the
PODS circled back and resumed their orbit around Brady.

“Not bad, not bad at all Gramps. Of course
Fifi would have to throw the bowling ball at me. You couldn’t have
thrown a golf ball or something?”