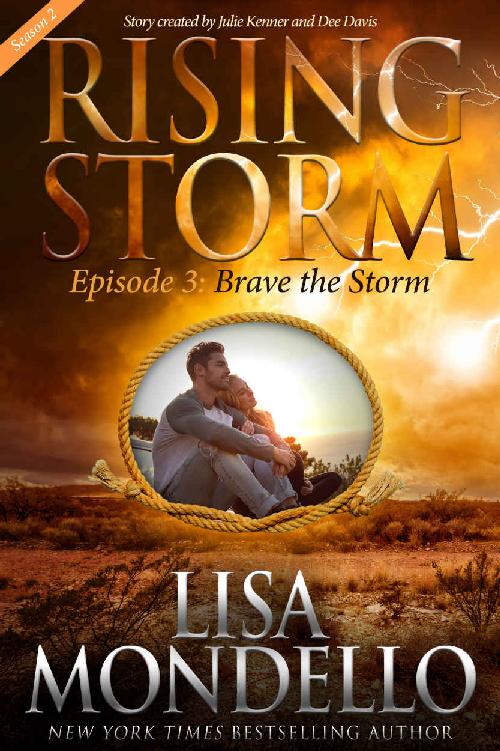 This is a work of fiction. Names, places, characters, and incidents are the product of the author’s imagination and are fictitious. Any resemblance to actual persons, living or dead, events or establishments is solely coincidental.

Welcome to Storm, Texas, where passion runs hot, desire runs deep, and secrets have the power to destroy… Get ready. The storm is coming.

As Senator Rush’s poll numbers free fall, Marylee tries to drive a wedge between Brittany and Marcus. Across town, Anna Mae and Chase dance toward reconciliation.  Ginny longs for Logan, while he fights against Sebastian’s maneuvering. And Hector, newly freed from prison, heads back to Storm…

New York Times
and
USA Today
Bestselling Author, Lisa Mondello, has held many jobs in her life but being a published author is the last job she'll ever have. She's not retiring! She blames the creation of the personal computer for her leap into writing novels. Otherwise, she'd still be penning stories with paper and pen. Her book The Knight and Maggie's Baby is a New York Times Bestseller. Her popular series includes Texas Hearts, Dakota Hearts, Fate with a Helping Hand and the new Summer House series. Writing as LA Mondello, her romantic suspense, Material Witness, book 1 of her Heroes of Providence series made the
USA Today
Bestseller List and was named one of Kirkus Reviews Best Books of 2012. You can find more information about Lisa Mondello at
lisamondello.blogspot.com
and sign up for her newsletter to receive new release information at
http://eepurl.com/xhxO5
.

Her Heart for the Asking

His Heart for the Trusting

The More I See

Fate with a Helping Hand Series:

All I Want for Christmas is You

The Knight and Maggie's Baby

Part of the Rodeo Knights series:

Her Knight, Her Protector

We have wanted to do a project together for over a decade, but nothing really jelled until we started to toy with a kernel of an idea that sprouted way back in 2012 … and ultimately grew into Rising Storm.

We are both excited about and proud of this project—not only of the story itself, but also the incredible authors who have helped bring the world and characters we created to life.

We hope you enjoy visiting Storm, Texas. Settle in and stay a while!

Sign up
for the Rising Storm/1001 Dark Nights Newsletter

and be entered to win an exclusive lightning bolt necklace specially designed for Rising Storm by Janet Cadsawan of
Cadsawan.com
. 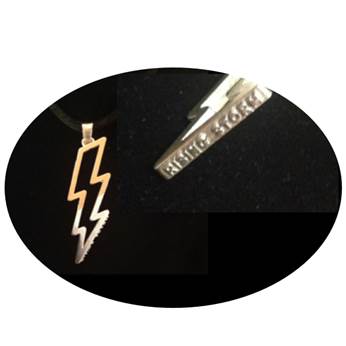 As a bonus, all subscribers will receive a free

Coming home wasn’t supposed to be so hard.
Chase Johnson eased himself into a chair on the porch and gazed out at the wide spread of the ranch he’d grown up on. He picked up his guitar and held it in his hands. The instrument had always been more like an extension of his arms. A music reviewer who’d seen him play at the Ryman had once said that Chase played as if he’d been born holding that guitar in his hands. Most nights it felt that way.

But that had changed a few months ago. A visit to his doctor, a few tests, and it was like his arms had been ripped from his body.

Closing his eyes, he placed his left hand on the neck of the guitar and fingered a G chord. With his right hand, he held a pick between his thumb and two fingers and steadied the tip on the G string. He paused, listening to the slight scraping of the pick against the string as he waited for the trembling in his hand to stop.

Except it didn’t. He knew it wouldn’t.

With the back of his hand, Chase wiped the sweat on his upper lip as dread filled him. He’d been assured that although his Parkinson’s would get worse eventually, the longer he kept his music, the longer he could hold “eventually” off.

Well, apparently “eventually” had caught up to him.

Chuckling with no humor, he placed his beloved instrument in the guitar case and locked it. Nashville had been his home for more years than Storm had been. But Storm, Texas, had always been in his heart. It would always be home. His family was here.

Chase may not have lived on the ranch all these years but after the short time being home, he already knew he still had a whole lot of fences to mend.

“We’re sliding.” Sebastian Rush sat behind his desk at his campaign headquarters in Storm, his most recent polling numbers mocking him from his desktop.

Marylee scowled at him from her perch on the chair across from him. “If I hadn’t stopped smoking years ago, I’d be chain smoking now. You realize your stupidity may cost us the election.”

“Mother,” Sebastian warned. Her tantrums over his indiscretions with Dakota Alvarez and Ginny Moreno had become a broken record that tormented him week after week after week. “It happened. Rehashing it every time we face a dip in the polls isn’t going to make it go away.”

“
Everything
will go away if we don’t figure out a way to salvage this campaign before you sink any lower.”

Marylee pushed herself up from her chair and moved to the window. There wasn’t a wrinkle on her suit. Every hair on her head was in place. Just like always.

After a moment, she turned to him and cast him the disapproving glare that had become habit. “You were the golden boy, Sebastian. Ever since you were a little boy I knew you were destined for great things and I was prepared to lead you there. And you pay me back by rolling around in the mud with the trash of Storm.”

He stayed quiet, familiar enough with the tirade to know she’d wind down soon enough.

“And what if Ginny Moreno really is carrying your baby? The press will eat you alive.”

“The baby won’t be born until after the election. I’ll already be safely in office.”

“That remains to be seen,” she sniffed.  “And even then, Ginny’s spawn can still damage your career.  We have to plan for that possibility even while we fight to win this election.”

She was right, even though Sebastian didn’t want to hear it. Damn, if he had only known there was a possibility the baby she was carrying was his, he could have made it go away. But it was too late for that.  Now her family had rallied around her. And there was no way she’d give up the baby. She was too determined to believe it was Jacob Salt’s.  Not that there was a chance in hell of that being true.

“Sebastian, what we need is a distraction. Oliver agrees,” she added, referring to Oliver Stayton, the political consultant she’d brought in to clean up this mess. So far, Sebastian had to admit the man knew what he was doing.

“What do you have in mind?”

She sat down again and crossed her legs.  “Everyone loves a hero and we have our very own right here in Storm. I think we should call on Logan Murphy again.”

Sebastian sighed and tossed the pen he’d been twirling between his fingers on the blotter on the desk. “He’s been lukewarm at best regarding helping my candidacy. Given his connection with Ginny Moreno, I’m not sure that’s the best course of action.”

“Yes, but I’ve seen him looking at her. The kid may not know it, but he’s still pining for her.”