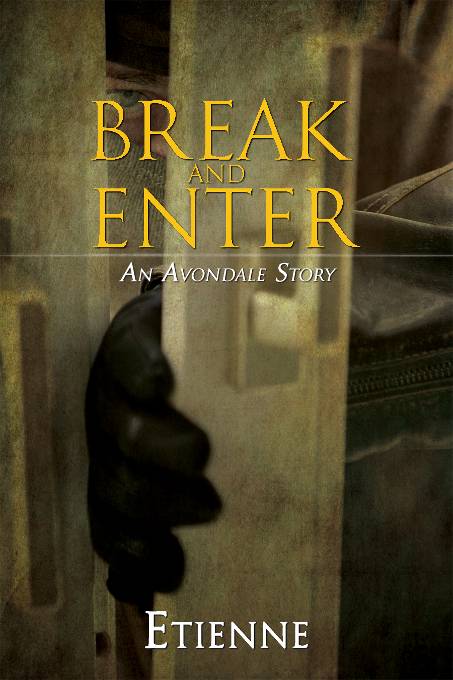 “Etienne has created an intriguing murder mystery that I enjoyed a great deal.”

“I fell in love with the characters and their story. It had me hooked and I didn’t want to put it down.”

The Path to Forever

“The concept of longevity as it is presented here, with all its details and consequences, is fascinating…”

T
HE
A
VONDALE
S
TORIES

The Path to Forever 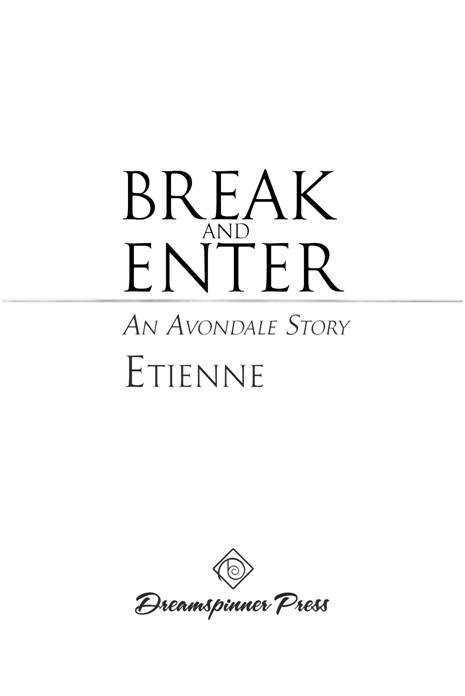 All rights reserved. No part of this book may be reproduced or transmitted in any form or by any means, electronic or mechanical, including photocopying, recording, or by any information storage and retrieval system without the written permission of the Publisher, except where permitted by law. To request permission and all other inquiries, contact Dreamspinner Press, 4760 Preston Road, Suite 244-149, Frisco, TX 75034

This book is dedicated to George and Mike, who keep providing me with inspiration. Without them there would be no story.

To my long-suffering editor, Jim Kennedy, who patiently picks his way through the land mines (otherwise known as commas) that I strew across the pages with complete abandon, carefully removing the ones that aren’t needed.

To my partner of many years, my first and most earnest critic.

And to the many fans of George and Mike, who keep asking for more.

S
INCE
the first George and Mike story appeared, many people have written to inquire if the places described therein are real, and I’m happy to say that they are. Avondale is a very real neighborhood in Jacksonville, situated between Roosevelt Boulevard (US 17) and the St. Johns River. It is bounded on the northeast by McDuff Avenue, which separates it from the neighborhood known as Riverside, and on the southwest by Fishweir Creek.

After the great fire of 1901 leveled much of downtown Jacksonville, destroying over two thousand buildings and leaving nearly ten thousand people homeless, the Springfield neighborhood immediately north of downtown was developed. Then the city began to move west and south along the St. Johns River, and first Riverside, then Avondale were born. Said to be the first planned community in Florida, Avondale was developed in the 1920s.

The restaurants frequented by our guys are very real and pretty much as described in the stories:

•
Biscottis, which opened in the fall of 1993, is a very popular restaurant located in the Avondale shopping area.

•
The Derby House, formerly Gorgi’s Derby House, has been an institution in the Five Points shopping district of Riverside for many years.

•
The Goal Post, located at the extreme southwestern boundary of Avondale, is a popular sandwich shop.

•
The Pizza Italian, also in Five Points, was opened by a Greek immigrant in 1976, and he has been dishing out good pizza, wonderful lasagna, and the best meatball subs in town ever since.

•
Richard’s Sandwich Shop in Five Points has for more than twenty-five years offered the best camel riders* in town.

•
The Loop Pizza Grill, home of the best grilled chicken sandwich in town and locally referred to simply as The Loop, began in Jacksonville in the late eighties and has grown to some twenty locations in three states. The Avondale location, situated on Fishweir Creek, is popular for its deck, where one can sit and watch sea birds foraging in the tidal estuary while eating.

*The term camel rider might sound like a pejorative to some in today’s politically correct society, but in Jacksonville—which has one of the largest Middle Eastern communities on the East Coast—it’s the name of a sandwich offered at the numerous sandwich shops around town operated by people whose ancestors fled the economic decline and religious persecution of the Ottoman Empire. Predominately Christian, they came from Syria, Lebanon, and other parts of the Middle East and settled in Jacksonville during the early twentieth century and shortly before.

T
HE
night was dark and overcast, and the large trees in front of the house very nearly blocked all the illumination from the streetlight at the end of the block. A dark-clad figure slipped out of the alley and into the backyard of the house, keeping close to the dense shrubbery. He slipped between a thick row of azaleas and the house and peeked into the first-floor window, which he knew opened into the library/den, and saw that the room was dark, as was the rest of the house. He had, in fact, watched its sole occupant drive away some minutes earlier, but he was naturally cautious.

Stupid old fuck
, the burglar thought as he carefully eased the window open, using his gloved fingers.
He always goes out on Thursday evenings, and he always locks the doors, but never the windows. Serves him right.
When the window had been pushed open far enough, he slipped over the sill and closed the window behind him.

Payback time
, he thought as he leisurely walked through the house, placing small and easily sold or pawned valuables into one of the two bags he had brought along for the purpose. He’d allowed himself to be picked up by the owner a few weeks earlier in one of the gay bars, and had spent a weekend allowing the pathetic old queen to suck his dick and slobber all over him as often as he liked. During the course of that long and miserable weekend, he had spotted enough goodies to make it all worthwhile.

Thirty minutes later, he carefully eased his two bags of booty onto the ground outside the library/den window. Then he slipped out through the window, quietly closed it from the outside, gathered his bags, and disappeared into the night.

I
T
WAS
Friday afternoon, and I was more than ready for the weekend as I settled down at my desk after attending an interminable meeting on the top floor of our building. At times like this, I almost wished that the sheriff hadn’t adopted a more personal and “hands-on” management style, but I fully understood the need to make a complete break from the somewhat hidebound and autocratic approach his immediate predecessors had taken to law enforcement. The late and totally unlamented undersheriff had been a prime example of the previous regime. The man had been a “by the book” clown—and not very bright.

I had heard my boss say of the former undersheriff that “an original idea and a cold drink of water would have killed him.” Stupid or not, it had taken the sheriff more than a year to ease the guy out of the hierarchy.

A knock on my open door roused me from my self-pity, and I heard a familiar voice say, “Got a minute, Captain?”

“For you, Lieutenant, always. Come in and have a seat.”

Janet Sanchez settled down in one of my side chairs. Still on the good side of forty (barely), she was fairly trim and not unattractive. Her somewhat unique Cuban/Irish heritage had contributed to her appearance, which was vaguely Hispanic and slightly exotic.

“I still have more body parts and videos than I have bodies.”

The raid on a house on the extreme northern edge of the city had produced a ton of cash, a cache of porn/snuff/torture films on DVD, and numerous specimen jars containing male genitalia.

“Yes, Sir. As you know, those guys were meticulous about marking their trophies and their videos with names and dates. The problem is they used only nicknames in many cases.”

“Lieutenant, I know you like to dot your
i
’s and cross your
t
’s so you can close a case with everything all neat and tidy. That being said, you have to understand that sometimes it just isn’t possible.”

“I realize that, at some level, but I still don’t like it.”

“You don’t have to like it. The bottom line is that we made a major bust and, in so doing, solved a couple dozen murders. It’s time to shut it down and move on. Leave the mop-up to the FBI—they’ve got more manpower than we do, and a much bigger budget.”

At that point, I cut her off. “But nothing. Shut it down and close the file by the end of the day Monday—it’s time to move on.”

“If it makes you feel any better, after Monday you’re not going to have any spare time to devote to old cases for a while.”

Guys and Trolls by Barry Lowe
The Autobiography of Jack the Ripper by James Carnac
Deceptions: A Collection by Walker, Shiloh
One Hour to Midnight by Shirley Wine
Alcott, Louisa May - SSC 20 by A Double Life (v1.1)
Will & Tom by Matthew Plampin
The Light of Paris by Eleanor Brown
The Apocalypse by Jack Parker
El mesías ario by Mario Escobar
REVELATION: Book One of THE RECARN CHRONICLES by Gregory N. Taylor
Our partner