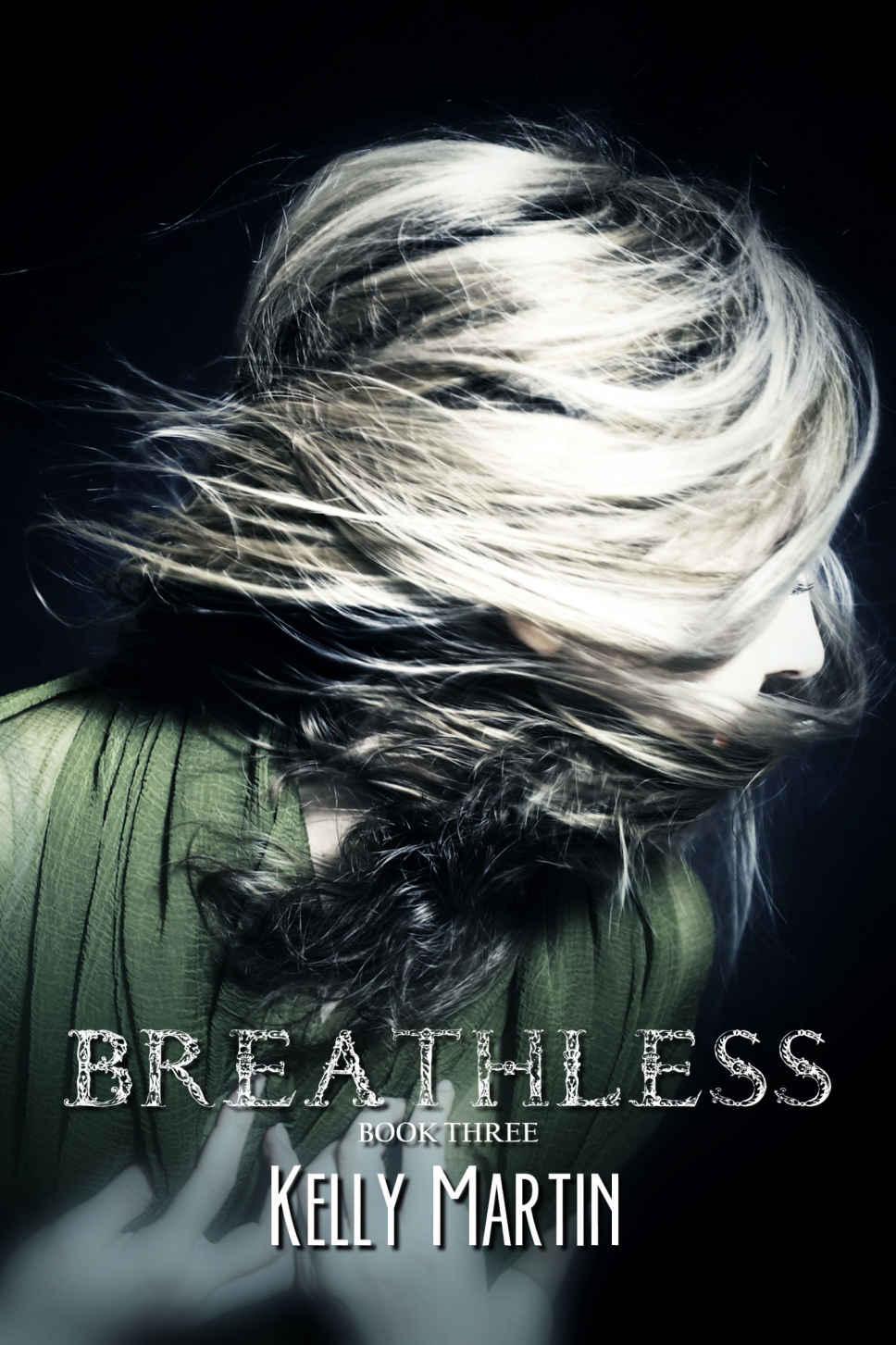 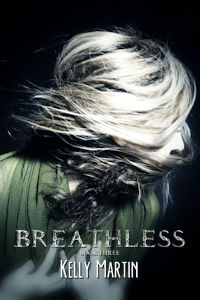 This is a work of fiction. Names, places, characters, and events are fictitious in every regard. Any similarities to actual events and persons, living or dead, are purely coincidental. Any trademarks, service marks, product names, or named features are assumed to be the property of their respective owners, and are used only for reference. There is no implied endorsement if any of these terms are used. Except for review purposes, the reproduction of this book in whole or part, electronically or mechanically, constitutes a copyright violation.

I know it as well as I know my name.

As well as I know my address.

As well as I know that I will kill the world.

And I can’t seem to care.

I don’t hear voices or sounds.

As I walk down the middle of the street toward what used to be my home, I can hear them. People. Screaming. Running. Then nothing. No sounds. No screams. No… crying.

Then it starts all over again.

I do hear the thunder overhead. I see the lightning light up the red in my vision.

I don’t know where I’m walking.

I just know I have to get there in time.

She cared about life and people and being punctual.

She cared about her grades and her mom and her aunt.

She cared about Sam Asher and all the other people in her life that weren’t real.

She cared about Tina.

She cared about the damn environment.

She cared too much.

They’ll never let her out.

They’ll never let her stop me.

There is nothing in this world to care about.

I know my purpose now.

No one is forcing me, even if they could.

No one is that powerful.

No one is more powerful than me.

No one can stop me.

But I’ll make something incredible in its place.

I walk down the middle of the street.

My name is Abomination.

I realize that the man sitting, or rather slouching, next to me is my brother. I know it. I understand it. I’ve spent the better part of a century hating him. I forgave him for all of a day.

And now I want to swat him upside the head.

“No, she’s not.” I watch as the purple lightning flashes all over the sky. It’s thundering, or I think it’s thunder. It sounds like a rather large trumpet. I don’t know what it means. I don’t want to know.

It’s raining so hard now that my time-assaulted Confederate uniform is like a second skin, and I’m not even used to being in my first skin. I haven’t worn this body since 1863. I haven’t been Jessup Blackwell since well before then. I’ve been Hart. I’ve been a demon.

I don’t stop to wonder why.

We need to get out of the rain. We need to get somewhere that isn’t a field in the middle of a rainstorm. The sky is black. I have no idea what time it is. Any other time, I would assume it was night.

My brother stands beside me. I follow. We are both staring at the sky, watching the lightshow, hearing the trumpet-sound, touching the mud on our much too old bodies, smelling the distinct smell of sulfur in the atmosphere, and tasting—death.

He doesn’t speak, but I bet I know what’s going on in his mind. My brother was always the practical one. He was always the one who figured out how to solve problems. I suppose that’s what made him a good angel.

I bet he’s standing there thinking about how he’s going to stop Gracen, or rather the Abomination she turned into.

I bet his plan isn’t pleasant.

I bet I’ll stop him before he hurts her.

“Do you still have any angel powers? I mean… are you still an angel?” My throat hurts when I speak, and all I taste is dirt. I don’t want to imagine everything that has inhabited my body since I’ve been out of it. I would rather do without that.

“I don’t know, Hart. I just don’t know, all right?” He sure looks at me then with fire burning his eyes. He’s pissed about something. Pissed or scared. I’m not sure which.

That’s something we agree on.

“Well, have you tried?” The wind is kicking up, and I have to yell over it.

Lucien isn’t too far from me, but he bends toward me so he can hear.

He glares at me. “No, I’ve just been standing here looking pretty.”

“You’ve not done a good job at it.” I wink at him. Actually wink. I don’t even know why really. It just sort of happened.

He doesn’t feel like my brother again. Not really. Even though I went to the ends of the earth to get him back from Hell, a Hell he went into for me—to save me and the world (which incidentally was a pointless sacrifice now that I think about it). But he hadn’t felt like my brother for a very long time. Before we were angels and demons. Before the war. Before Mother died. Before Colleen. Before everything.

I want my brother back.

I don’t know how to make that happen.

It isn’t like I’ve got bigger fish now or anything.

“What about you? Any demon powers?” It would’ve been handy for one of us to have some sort of powers. Angel. Demon. It didn’t matter as long as one of us had something—anything.

“Uh… yeah.” The wind and the rain are freezing, and all I want is a nice warm spot, dry clothes, and Gracen by my side. Is that too much to ask?

Lucien, shaking and shivering, stands in front of me and narrows his eyes. He takes after our mother. My curse is that I don’t. “Try.”

“Try. Try to get inside my mind like you did with Gracen.”

He can’t be serious. But given the extremely constipated look on his mug, okay, he’s very serious. “I can’t.”

“I… can’t…” I say slowly enough for even him to grasp what I’m saying.

For him… for him. Fine, whatever. I don’t tell him that, though. I just stare at him and concentrate on his thoughts like I used to do with Gracen, but I didn’t have to be in the same room with her. All I had to do was think about her, and bam, there I was—there we were. In that room. She’d be on the table. I’d start slicing.

“We need to see what powers we have, if any. We need to come up with a plan to stop her.” He swallows hard. “Whatever it takes.”

He doesn’t wait to ask if it worked. He just walks right by me and into the darkness, out of the clearing, and toward the tree line. I don’t know where he’s going. I don’t know if he knows.

But I do know one thing.

Before he walked away, I told him to do it with my thoughts.

T
HE RAIN IS PELTING DOWN SO HARD
I can barely see.

The mud under my feet covers my skin up to my ankles, making it hard to move—hard to keep up with Lucien.

He’s ahead of me. The only reason I know that is I can see him when the purple lightning strikes. Other than that, it’s pitch black.

I think it can’t be later than mid-afternoon.

I think this is not a good sign at all.

I think
that
is an understatement.

I keep my right hand over my chest, over my heart, just to feel it beating. It’s been so long.

When I was Sam, I didn’t have a heartbeat. I only made Gracen think I did. That kid’s body was dead as a doornail. Nothing worked about him… nothing.

So to have a heartbeat, my own, pumping in my old dead body, well, I’m trying very hard not to have a panic attack.

Gracen used to have panic attacks, more than she wanted me to know about. Her face would turn red, she’d put her hand to her chest, and then she’d excuse herself to her room. I’d hear her crying and trying to catch her breath. I didn’t go check on her, though. I was the cause of most of her panic attacks. Me and the Hart in her dreams. I was doing my job.

I hate how good I was at it.

I hate how much I hate having a heartbeat right now.

I hate how much I want to cry from happiness because, for all intents and purposes, I’m human again.

I have the second chance I’ve wanted for so long.

What the hell am I going to do with it?

Well, first of all, I’m going to catch up with my brother because he seems to be on some sort of religious quest, and nothing—not even the tree stump he stumbled over—will stop him.

Then I’m going to figure out how to help Gracen.

I don’t care what Lucien said—she’s not dead. Not really. I don’t remember what happened after I was stabbed, but I know that she can’t be dead. If she’s turned into the Abomination, I’ll fix her. I’ll do everything I can to make her better because I owe her that. I owe her everything.

I died for her.

It sure did me a lot of good.

Even when I try to save the world, I screw it up.

Mother would be proud.

I wonder if there will be any lingering side effects.

I especially hate rain when it hurts as it hits you, like this rain. It’s gone from annoying water droplets to annoying
and
painful water torpedoes. I think it’s changing into something. Something I don’t even want to think about, because if this rain is poison, God help us all.

He can come down and help anytime…

Even I would be on board with that.

As long as it didn’t hurt Gracen.

The lightning is streaking brighter now, and the thunder sounds like God himself is knocking on Heaven’s door.

Oh that could go so many ways.

“Lucien! Slow down! Wait for me!” The sounds all around us drown out my words. I can barely hear them, and I’m right there with me. I’m sure Lucien doesn’t hear. I can’t even see him anymore.

What I do see, through the wind whipping my hair in my eyes and squinting through the rain, is a dim light in the distance. I don’t know if it’s a house or a barn or a serial killer’s cabin. I don’t know. I don’t care. All I know is that I see it, and I want to be there. It has to be warmer and drier than out here in the middle of the woods.

Out here where any bear or wolf or fox could pounce on us and rip us to shreds.

Though I haven’t heard any animal since we started into the woods.

Could this get any worse?

Sticky Fingers by Nancy Martin
Ransacking Paris by Miller, Patti
Love All Out - Part 3 (A Stepbrother Romance) by Ward, Alice
Nightfall (Book 1) by L. R. Flint
Alicia ANOTADA by Lewis Carroll & Martin Gardner
Elves: Beyond the Mists of Katura by James Barclay
the Third Secret (2005) by Berry, Steve
Bev: The Interview by Bobbi Ross
Raja, Story of a Racehorse by Anne Hambleton
The Leader by Ruth Ann Nordin
Our partner