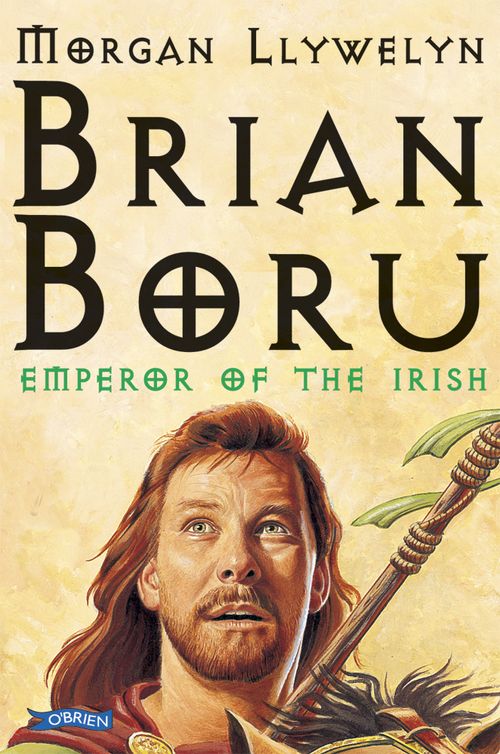 First to plan one Ireland under one banner, Brian Boru set out to unite the warring clans and create a land of peace and plenty.

Boru was a man of vision, not always understood in his own time. But he was also a man of power and a great warrior. He built the strongest army in the country. He learned fighting techniques from history and from his enemies. He improved the Irish way of battle. He was a winner.

His fondest hope was to put an end to the constant wars between the Irish clans and to end forever the threat of the Norsemen. He came from a small tribe in the west of Ireland, but through his own efforts became High King – the first High King with real control.

He loved reading and music, and was known to play the harp.

Emperor of the Irish

15
Emperor of the Irish

19
The Battle of Clontarf

Some of the names from this period of Irish history are unpronounceable by non Gaelic speakers. We have presented them in a form as close as possible to the original sound but easily spoken by readers of English. Here we list the names which have been altered, with their original spelling. Other names have been altered simply by history, and we have used the now-common versions of these names (Brian, Kennedy).

The river ran on forever. Night and day it called to him, ‘Come away with me and see what lies beyond the mountains!’

Brian was surrounded by mountains. Behind the fort where he had been born rose the mighty Slieve Bernagh. There the guardian spirit of his tribe, the banshee known as Aval, watched over them from her brooding grey crag. Across the river and to the south were more mountains. But the Shannon escaped them all. She ran on and on to places the boy could only dream about.

‘Take me with you,’ he whispered sometimes.

Brian mac Kennedy was the youngest of a dozen sons born to a prince of the Dalcassian tribe, rulers of the land of Thomond in the province of Munster. The sons of Kennedy and his wife Bebinn were a rowdy, brawling lot. Mahon was Brian’s favourite. Mahon was broad and strong and could always find time to wink at his youngest brother or rumple his red-gold hair.

It was Mahon who taught Brian how to make snares to catch small game, and how to whistle. When they were together Brian felt warm inside and very brave, walking in his tall brother’s shadow.

He never tired of listening to tales of the great kings and the endless battles that were fought between the kingdoms of Ireland. Munster, Leinster, Connacht, Meath, Ulster – each had its heroes. A king protected his people and seized the land and cattle of other kings, and shared his wealth with his supporters.

‘If I were a king,’ Brian boasted, ‘every person in my kingdom would grease his knife with fat meat every day.’

Mahon laughed. ‘Would they now? And would you be a fine fierce warrior with a gold torc around your neck?’ He loved his youngest brother, who already showed promise of the strong man he would become. It’s a pity Brian will never be a king, thought Mahon, watching him, because he’s going to look like one.

Sometimes, when Brian gazed towards the mountains or the river, his grey eyes held the faraway look of an eagle.

But he was still a ten-year-old boy and full of ideas for mischief. He could usually convince his older brothers, who should have known better, to take part. Once he persuaded them to take their father out hunting every day for a fortnight, leaving a few of Kennedy’s favourite hounds behind to guard the ring fort on the west bank of the Shannon.

While Kennedy was away, Brian taught the hounds to howl loudly at a signal from himself.

The signal was a high, thin whistle, blown through a leaf of grass. A blow to the head from a Danish battle axe had left Kennedy somewhat deaf, so he could not hear it, but his hounds could. Once he had trained the dogs to respond, Brian hid himself near the gate of the fort and waited for his father’s return.

The moment Kennedy entered Beal Boru the hounds began to howl. The sound echoed around and around the circular earthen walls of the fort, which were reinforced with stone and topped by a timber palisade. The noise was awful.

Kennedy was very upset. ‘I don’t understand this!’ he kept saying. ‘My hounds love me, they always run to
lick my hands when I come home. Why are they howling this time?’

Whenever there was trouble, Bebinn looked for her youngest son. While the hounds were still crying, she caught sight of Brian hiding in the shadows. His eyes were sparkling and he had his hand over his mouth to keep from laughing out loud.

Bebinn’s lips twitched with their own desire to laugh, but she made herself say sternly, ‘Brian, calm the dogs, will you? And you, husband, come into the house and sit by the fire. There is mead waiting.’

She led Kennedy into their house – a circular timber lodge in the centre of the fort, with a roof of thatch made from river reeds and a stone firepit in the middle of the flagstone floor. Meat was roasting on the spit. The smell of the crackling fat, and a cup of mead or honey wine, would soon make Kennedy forget the strange behaviour of his hounds.

At the door Bebinn looked back over her shoulder. ‘You cause more trouble than the rest of them put together in a basket,’ she said to her youngest son.

But Brian knew she was not really angry. She was never really angry with any of her children, unlike Kennedy, whose face could turn red with rage. Bebinn had a soft centre. She was tender and good-humoured and endlessly patient.

Brian followed Mahon everywhere he could, but he always came back to Bebinn. She was home; she was the heart of his world.

When the hounds were quiet at last – and his brothers were still laughing at the joke – Brian left the fort as he often did to wander along the path beside the river. He loved being surrounded by his happy, noisy family, but he also wanted to be alone sometimes too.

He stood for a while, staring at the silvery water. Then he turned and looked up towards the grey crag to the west. ‘Aval, are you watching?’ he wanted to know. ‘Do you see me now?’

Sometimes he thought he could feel her eyes on him. The sensation was curiously comforting. Aval was magic, one of the Old People whom the priests spoke out against, but even the priests did not condemn them too loudly. Everyone knew that the power of the ancient gods could still be felt in Ireland, in the hills and streams and thorn trees, in the great, silent mounds into which they had vanished so long ago. The shee!

Brian tossed a salute to Aval on her lonely crag.

Sometimes, when his family visited the abandoned homestead below the crag that had belonged to Brian’s grandfather Lorcan, Brian slipped away from the others and left a small offering of food for Aval. You could never tell; it might be wise. Just in case.

Once his mother saw him do it, and nodded. ‘I have brought gifts to her myself,’ she told Brian as they were scrambling back down the hill together, pushing through the heather and bracken.

Now Brian stared towards the crag and wondered why the priests did not like the shee. Had not one creator made them all? Someday he would have to ask someone about that.

A trumpet sounded from the fort, breaking into his thoughts. He forgot about rivers and banshees. The trumpet meant the main meal of the day was ready, and young Brian was always hungry.

He spun around and raced for home, licking his lips. With his brothers, he crowded into the lodge, bringing into its smoky interior the smells of fresh air and open fields. Each member of the family was served in turn,
according to his rank. Such strict traditions were always observed, not only among the warrior nobility but in the poorest sod huts of the leather tanners and stone breakers. Status was very important; it told everyone where a person stood in relation to his or her clan, tribe, and kingdom. Each rank had its entitlements under the ancient Brehon law. As the son of a Dalcassian prince, Brian would be entitled to receive an education from the monks when he was older, as his brothers had before him.

‘Don’t grab!’ one of those brothers now snarled as Brian’s hunger overcame him and he reached for food out of turn. ‘There’s enough for everyone, Brian, just wait.’

There was enough for everyone. In the tenth century of the Christian era, Ireland was a land of plenty as it had always been. Cattle thrived on the rich grasslands, and there was always game to be hunted. Beef and pork and mutton were eaten often, but also venison, badger, squirrel, wildfowl, and even seal meat near the coasts, as well as many varieties of fish and shellfish. Soft fruits and cheeses were summer foods, served with kale and cresses and great chunks of dark bread dipped in bowls of buttermilk. In the winter, people ate nuts and root vegetables like parsnips and turnips, as well as sausages and puddings and more bread thickly smeared with butter and dripping. Even the poorest need not go hungry in Ireland, which provided enough for all her children.

On this evening the meal included the usual summer foods, as well as roasted woodcock, a broth of mushrooms and barley, and balls of suet rolled in honey and pine nuts.

Bebinn kept a sharp eye on her children as they ate.
Kennedy was only the ruler of a local tribe, but his wife was a princess of Connacht, a daughter of the provincial king, Murcha. She demanded that her sons observe royal manners. They must hold their knives properly in their right hands, tearing off bits of food with the fingers of the left hand, and when they had finished eating each boy must wipe his hands on one of his mother’s linen napkins, a treasure she had brought with her to her marriage.

‘You are not savages,’ she was fond of reminding them. ‘You are descended from kings.’

‘From kings,’ young Brian would whisper to himself, as if the words held a promise.