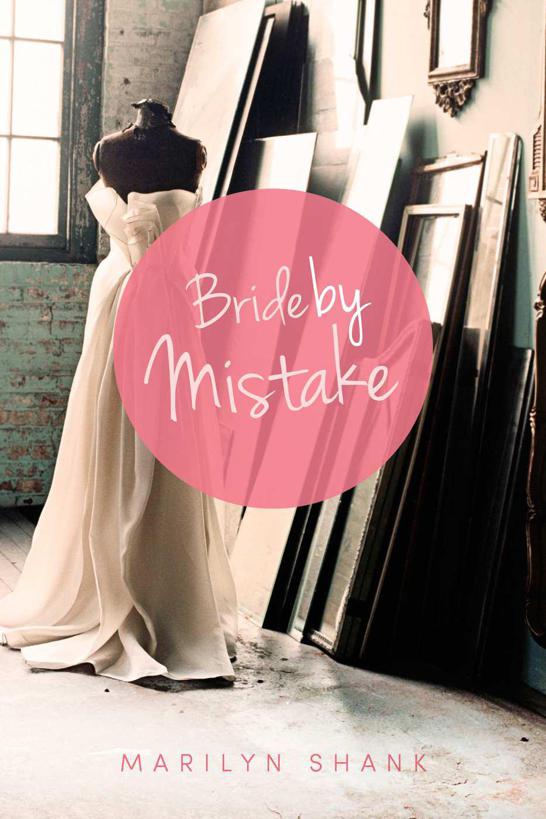 This book is dedicated to two amazing women who constantly brighten my world: my daughters Debbie and Mindi

L
IZA
O’M
ALLEY HELD
her breath as she dialed her twin sister’s phone number. She and Meg were always totally honest with each other, so pulling off this little scheme would prove a challenge. But Meg was dangerously close to making a decision that had the potential to ruin her life, and Liza couldn’t let that happen.

She tapped her pen on the blotter of her desk. As an attorney with Burns, Logan, and Grant, a top-notch Kansas City law firm, she handled lots of divorce cases. In fifteen minutes, she would meet with Ramona Henderson, a high-strung, fortysomething woman filing for divorce and determined to annihilate her husband in the process. But Liza needed to talk to Meg first. She had to be certain her sister’s plans hadn’t changed.

“Hi, Meg,” she said when her twin answered. “Are you still coming to Kansas City on Friday?”

“No doubt you’re ready to escape that little burg you moved to and enjoy big-city life again,” Liza teased. “You’re a city girl at heart. Why don’t you admit that and move back?”

“You know I love Meadow Springs. But I will admit that I need a break. The ballet school is stressing me out right now,
and I have a big decision to make.” She hesitated a moment, then added, “I think Martin intends to propose to me soon.”

Liza’s heart fluttered wildly at the prospect. Having Martin Landsburg propose to Meg was her biggest fear. Her twin had dated the man for nearly two years, but whenever Meg spoke of Martin, Liza didn’t detect any excitement in her voice. Meg didn’t feel passionate about him, which in Liza’s book spelled disaster. Didn’t she deal with disillusioned clients every day? People who had ruined their lives by marrying the wrong person? And Meg, who wanted a family above all else, would probably accept Martin’s proposal. That’s why this plan had to work.

“Want me to pick you up at the airport?” Liza asked.

“No, I’ll just catch a cab so you can finish your workday. At least we’ll have the weekend together. I’ll get to your condo around six.”

Liza expelled a relieved breath. Everything was falling nicely into place. “I can’t wait to see you,” she said.

“Wild horses couldn’t keep me away.” Meg sighed. “Listen, if it’s okay with you, I just want to relax and spend some quality time with my sister.” She sighed again. “That sounds like pure heaven.”

“Sounds great to me too,” Liza said, knowing full well this wasn’t going to happen. She had something entirely different in mind for Meg. If her twin had a clue as to what lay ahead, she’d cancel her trip in a New York minute.

But sometimes sisters did things for each other. They intervened in each other’s lives when it became necessary. And what Liza was about to do ranked as a major intervention.

“I just want to hang out with you, Liza. I’ve missed you.”

“There’s no one in this world I’d rather spend time with than you,” Liza said. While the statement was true, this coming week wouldn’t be one the twins would spend together.

Liza’s secretary motioned to her, which meant that the temperamental Mrs. Henderson had arrived. No one dared keep this
woman waiting. “Love you, sis,” she told Meg. “Gotta run now. Duty calls.”

“I intend to occupy all your free time next week. So no overtime, okay?”

Liza chuckled. “Overtime’s not on my agenda. Travel safe, okay?”

After she hung up, Liza buried her face in her hands. She tried hard to be honest and ethical in both her professional and her personal life, but what she was planning for Meg didn’t fall into either category. It was sneaky, deceptive, and borderline dishonorable.

But while she’d recently had major doubts about her plan, she had to proceed. She couldn’t stand by watching while Meg ruined her life.

“A
H, VACATION
. I desperately needed a break from little girls in tutus and their demanding mothers,” Meg O’Malley told her twin sister as they sat at Liza’s kitchen table, sipping iced tea. The tension Meg had felt for weeks eased from her neck and shoulders.

“True. But now we’ll have more than a week to eat in tearooms, watch movies, and haunt every bookstore in Kansas City.”

Liza frowned and drummed her manicured nails on the table. “There’s one little problem.”

An alarm bell clanged in Meg’s brain. Liza would call an oncoming tornado a little problem. “I know you’re busy at the law firm, sis. But we’ll work around your schedule.”

“What? You don’t even have a steady boyfriend. How can you possibly be engaged?”

Meg’s heart took a nosedive. All through high school she’d idolized Zach Addison. Just hearing his name again made her heart race. “I can’t believe what you’re telling me. I know you and Zach have been good friends since high school and that you sometimes hang out together, but I never dreamed you’d fall for him.”

“Don’t panic, sis. It’s only pretend. Zach and I are still just buddies—nothing more. But his grandmother is ill. Eloise has always wanted Zach to remarry and move on with his life. So he asked me to pose as his bride-to-be. Zach wants to make his grandmother’s last days happy ones.”

“Well, that’s very thoughtful of him.” Meg sighed. “But you and I won’t have any time together. You’ll be busy with your fiancé—pretend or otherwise.”

“There’s another problem,” Liza continued. “Our law firm was sending one of the partners to a convention in Chicago. Unfortunately, he needs emergency surgery, and I’m taking his place. I leave tomorrow, and I’ll be gone more than a week.”

“What?” Meg cried, unable to believe what Liza was saying. “Why didn’t you tell me all this when we talked on the phone? I would have rescheduled my trip for a more convenient time.”

“Because I need you here. Zach is announcing our engagement at his grandmother’s surprise eighty-fifth birthday party a week from Sunday.”

“Then he’ll have to announce it without the bride present.”

“Not necessarily. There’s another way.”

“My identical twin can fill in for me.”

Suddenly the pieces to this convoluted conversation fell into place. “You mean you let me fly here from Illinois just to play Zach’s pretend sweetheart? Well, the answer is no, Liza. Absolutely not! And you have some nerve even asking when I’m practically engaged to Martin!”

“Relax, will you? It’s make-believe and just for a little while.” Liza crossed her arms and pouted. “I thought you’d be excited. You had a king-size crush on Zach in high school.”

“I also had king-size crushes on Tom Cruise and the electronics guy at Walmart.” But neither man could hold a candle to Zach Addison, Meg had to admit.

The stress that had eased from Meg’s neck and shoulders returned with a vengeance. And to her dismay, she felt a tug of excitement as well. If she could play pretend fiancée to any man on the planet, she’d choose Zach Addison, hands down.

While he’d barely noticed her in high school, Meg still compared every man she met to Zach. And most came up lacking. But she’d never tell that to her attorney sister. Liza would work her over like a criminal without representation.

Liza’s mournful expression caused Meg to squirm. “I don’t mind switching clothes or cars. But I’m not ready to step into your life, Liza. Surely you can understand that.”

“We traded places a lot in high school. Remember the time you hadn’t studied for your algebra test? Who took it in your place?”

“You did,” Meg admitted.