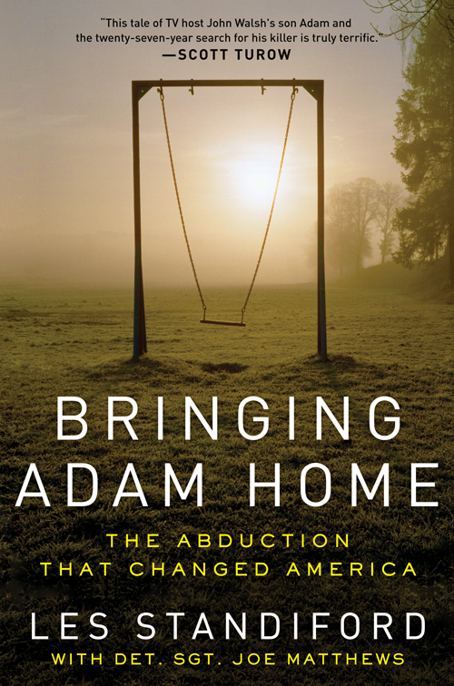 The Abduction That Changed America

This book is dedicated to the memory of

as well as all the other sons and daughters

taken long before their time.

After the first death, there is no other. 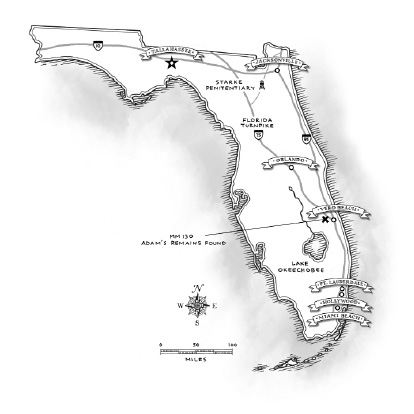 Blood of the Lamb

S
hortly after lunch on what seemed an ordinary summer afternoon, a young South Florida housewife set out on a shopping trip with her six-year-old son in tow. It was the sort of outing that millions of other mothers all across the country might have taken on any given day. Her husband, a sales and marketing manager for a local hotel company, had noticed an ad in that morning’s newspaper and called home to say that the brass barrel lamps they had been looking for had just gone on sale at the local Sears store. Maybe she ought to run over and take a look.

She was happy to do it—they’d been wanting the lamps, and the chance to save a few dollars seemed too good to pass up. She freshened herself up, dressed her son in shorts, a polo shirt, flip-flops, and his favorite way-big boat captain’s hat, and set out for the store.

It was a Monday, typical ninety-degree weather with humidity just as high, but that was July in South Florida for you. Come January, when the rest of the country was in a deep freeze, Floridians would have payback. Besides, traffic in their suburban town of Hollywood was light that early afternoon, and it was less than a two-mile drive to the Sears Mall. As a bonus, the parking space she liked to use—near the receiving dock, on the building’s north side, where the whole family could remember it—was open.

Just inside the doors, at the entrance to the toy department, her son spotted a video display with a demo of the new Asteroids game running, and he begged his mother to let him play.

She hesitated, but home furnishings was just a couple of aisles away, and besides, the world had not yet turned upside down. She pointed out to her son where she was going and told him she’d be back in a few minutes to pick him up. She gave her son a kiss, then, and hurried off to see about those lamps.

She would relive the moment a hundred—perhaps a million—times. Had she just said no to him, “Stay with me”; had she simply returned to the game display a minute sooner; had any one of a thousand things happened differently in the slightest—as it is said that the flapping of a butterfly’s wings in the Amazon can form a tsunami in a distant time and place—perhaps what occurred might not have occurred at all.

But there is no changing what did happen that day. The mother found a salesperson in home furnishings easily, but there was a bit of a problem: they searched up and down the bright aisles but could find none of the barrel lamps on display. The clerk was happy to check in the back, of course—it would only take a moment. Which turned into something more.

When the clerk finally returned, her downcast expression said it all. The store had not received any of the advertised lamps, but they would be happy to call the moment they came in. The mother quickly gave her name and number and hurried back to where she’d left her son.

She could hear the clamor of spaceships and cannon fire tearing the air as she hurried down the aisle, and smiled at her son’s passion for such games. But when she rounded the corner, she stopped short. The game was running, but its stations were deserted, the sounds issuing mechanically from the demo loop. She glanced about, puzzled, hoping she would see her son browsing in the nearby toy department, or ambling toward her from where she had been. But she did not.

She fought the surge of panic that every mother feels when she turns and finds her child suddenly lost from sight. The ripples on the surface of the nearby pond are all menace. The sounds of distant traffic suggest catastrophe and grief and guilt.

A
t a Capitol Hill press conference, a reporter stood to ask a final question of John Walsh, leading proponent for the about-to-be-debated Adam Walsh Child Protection and Safety Act. Walsh, a private citizen, had become perhaps America’s most recognizable crime fighter owing to his work as executive producer and host of the long-running television program
America’s Most Wanted.
But also, in the wake of the 1981 kidnapping and murder of his son Adam, he and his wife, Revé, had dedicated much of their lives’ energies to raising awareness of the problem and the plight of missing children in America.

As a result of the Walshes’ work had come the passage of the 1982 Missing Children Act, the establishment of the National Center for Missing and Exploited Children in 1984, and the national AMBER Alert program of 2003. Walsh considered the new bill that was about to go before Congress the capstone of a life’s work removing impediments to the recovery of the nearly 800,000 children who are reported missing in the United States each year.

“Mr. Walsh,” the reporter began. “You’ve done much good work on behalf of children and families everywhere, and you’ve brought any number of heinous criminals to justice with your television show. But I’m wondering if it ever bothers you that you have been unable, in all these years, to find out who killed your own son?”

It was a question asked out of ignorance, the sort of thing that made several in the room wince. Walsh managed to respond without losing his composure, but following the incident, he and Revé contacted longtime associate and
America’s Most Wanted
investigator Joe Matthews to set up a meeting that would prove to be momentous. As a veteran homicide detective for the Miami Beach Police Department, Matthews had supervised and conducted more than 20,000 criminal investigations and over 2,000 death and homicide investigations, and had obtained confessions and convictions in a number of high-profile cases, including Miami’s infamous Baby Lollipops torture-murder, that of Washington State’s spree killer Chad Daniel Roberts, and Canada’s University of Waterloo serial rapist Christopher Meyer.

But more important, Matthews, a widely recognized polygraph expert, had been involved in the investigation of Adam Walsh’s disappearance and murder from the very beginning, twenty-five years before. His skill and tireless efforts to bring mistakes and overlooked evidence to the attention of those in charge of that still-unresolved investigation had earned him the respect and the friendship of the Walshes over the years, and following his retirement from the Miami Beach force, Matthews had gone to work as a lead investigator for
America’s Most Wanted
, where he was quickly credited with solving the program’s first cold case investigation, the killing of a former high school wrestling champ by four football players at Lock Haven University, in Pennsylvania.

Matthews was well aware that for all the good work that the Walshes had accomplished over the years, there still existed a great void in their lives. Adam was gone, and though both they and he had expended vast resources and energy trying to do what the authorities had been unable to do, the person responsible had never been brought to justice. And for all the effrontery of the reporter’s question, it was scarcely the first time it had been asked: the Walshes had been asking virtually the same thing of themselves—if only privately—nearly every day for a quarter century.

On this day, however, Matthews could see that something different had taken over the Walshes’ demeanor. Perhaps it was the pain of such a jab coming in a context of seeming triumph with the passage of the Child Protection and Safety Act. Or perhaps the Walshes had simply heard one insensitive question too many. Whatever, Matthews thought as he waited for the Walshes’ words, he’d walk through fire for John and Revé Walsh.

Normally, it was John who did most of the talking, but on this day, Revé took over before her husband could get started.

“Joe,” she told Matthews in no uncertain terms, “I’m begging you. I know it’s asking a lot, but I want you to go back through everything we’ve all tried to show the cops over the years. I want you to give it one last shot: put everything together and prove who killed our son, once and for all.”

Matthews had made his decision before Revé was finished. He was honored that she’d even ask, he told her. He was an investigator through and through, and he had witnessed her suffering and that of her husband from the beginning of their ordeal. In truth, he had been aching for much of his adult life to do the very thing that she had just asked of him. He took her hands in his and nodded. He would give it his best shot, and he would start at once.

Blood of the Lamb

Q:
Do you remember if she was a hitchhiker?

Q:
Didn’t you ask her name when you picked her up?

A:
I suppose so. I didn’t pay much attention to stuff like that.

—Ottis Toole, to an investigator,

My Fake Boyfriend is Better Than Yours by Kristina Springer
East Rising (Naive Mistakes #2) by Rachel Dunning
Some Like It Wild by M. Leighton
Sanctity by S. M. Bowles
Promises to Keep by Chaffin, Char
Devil's Touch by Tina Lindegaard
The Last American Martyr by Tom Winton
Mad Morgan by Kerry Newcomb
The Accountant's Story by Roberto Escobar
Seal of the King by Ralph Smith
Our partner