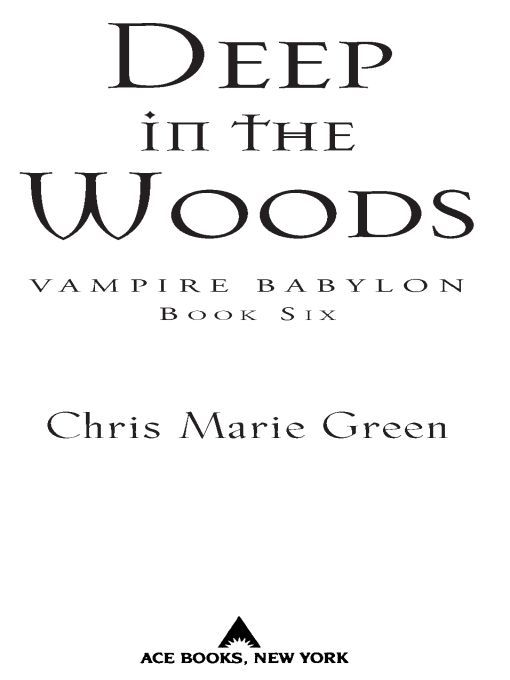 Table of Contents
Title Page
Copyright Page
Dedication
ONE - ALREADY IN DEEP
TWO - THE MASTERFUL INTERROGATION
THREE - THE BOSS
FOUR - LONDON BABYLON, CUSTODE MONITOR ROOM
FIVE - LONDON BABYLON, “THE PIRATE SUITE”
SIX - THE THERAPY CANDIDATE
SEVEN - THE SHADOWS KNOW
EIGHT - ABOVEGROUND, I
NINE - ABOVEGROUND, II
TEN - LONDON BABYLON, THE LION AND THE LAMB PUB
ELEVEN - THE NEW DIGS
TWELVE - DEEPER
THIRTEEN - THE NEW LEAD
FOURTEEN - NEAR THE LONDON BABYLON, ANSWERING THE CUSTODE ALERT
FIFTEEN - THE GREAT ESTATE
SIXTEEN - THE JACKPOT
SEVENTEEN - LONDON BABYLON, COMMON AREA MAZE
EIGHTEEN - BELOWGROUND, I
NINETEEN - BELOWGROUND, II
TWENTY - LOST
TWENTY-ONE - THE LAIR
TWENTY-TWO - ONCE A KEEPER
TWENTY-THREE - FAREWELL TO BABYLON
TWENTY-FOUR - THE SOUL-SEARCHING
TWENTY-FIVE - THE WHITE LADY
TWENTY-SIX - THE ART OF PLAYING WITH FIRE
TWENTY-SEVEN - THE REPLACEMENT
TWENTY-EIGHT - THE DRAGON WAITS
TWENTY-NINE - FOUND
THIRTY - THE ETERNAL
PRAISE FOR
MIDNIGHT REIGN
“A dark, dramatic, and erotic tone . . . Fans of Charlaine Harris and Jim Butcher may enjoy.”
—
Library Journal
“An exciting, high-tension horror thriller with enough unresolved trust and family issues to make it credible, a hint of romance for spice, and a bit of black humor to lighten up the often dark tone, this is a nicely conceived modern vampire tale that will keep readers guessing.”
—
Monsters and Critics
“Green writes a complex story featuring well-defined characters and more than enough noir mystery to keep readers enthralled.”
—
School Library Journal
“An intriguing world that becomes more complex with every turn of the page . . . kick-butt action.”
—
Huntress Book Reviews
“Green has given her fans an inside look at the Underground culture and social class system, from the powerful Elite, bitten by the Master, to the lowly Guards, bitten by the Groupies . . . [a] fun urban fantasy mystery.”
—
Alternative Worlds
“A fast- moving urban fantasy filled with murder, mystery, and a large dose of the supernatural. The vivid characterization and danger at every turn will keep readers engaged.”
—
Darque Reviews
“A dark, edgy, and complex series.”
—
Romantic Times
“A dark and thrilling paranormal tale . . . a gritty and suspenseful ride.”
—
Romance Reviews Today
PRAISE FOR
NIGHT RISING
“A book to die for! Dark, mysterious, and edged with humor, this book rocks on every level!”
—Gena Showalter, author of
Twice as Hot
“If you like your fantasy with an edge, then you’ve struck gold. There is a ring of truth to the biting—no pun intended—allegory. This is a fantastic start to a new series.”
—
The Eternal Night
“Chris Marie Green does a wonderful job of bringing this gritty, dark novel to life . . . I can’t wait to see where [she] takes the rest of the books.”
—
The Best Reviews
“An exciting, action-packed vampire thriller. A fantastic tale that . . . provides book lovers with plenty of adventure and a touch of romance.”
—
Midwest Book Review
“Dawn makes a spunky vampire slayer.”
—
Publishers Weekly
“An interesting take on the vampire world . . . well written and exciting. I look forward to the next book.”
—
The Romance Readers Connection
“A killer mystery . . . Bring on book two!”
—Kelley Armstrong, author of
Frostbitten
Ace Books by Chris Marie Green
NIGHT RISING
MIDNIGHT REIGN
BREAK OF DAWN
A DROP OF RED
THE PATH OF RAZORS
DEEP IN THE WOODS
Anthologies
FIRST BLOOD
(with Susan Sizemore, Erin McCarthy, and Meljean Brook) 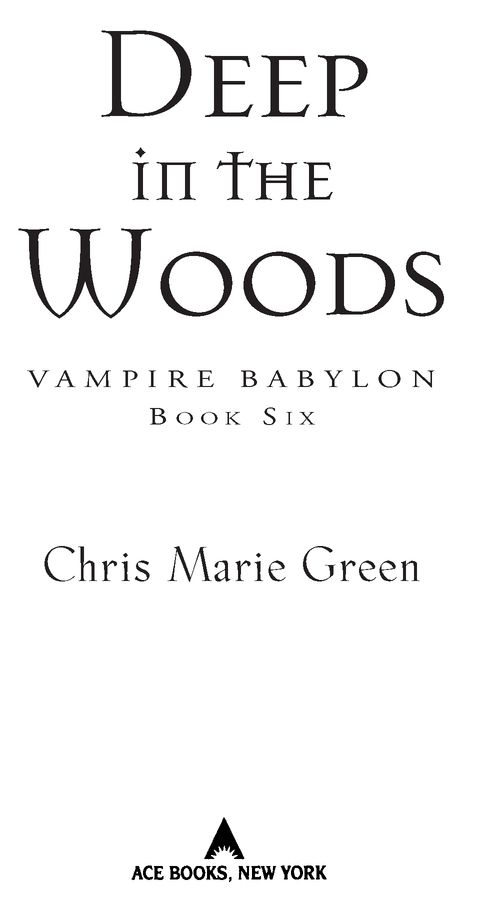 Here’s to Elvira,
who haunted my Sunday evenings with
Movie Macabre
and made me into the horror-loving fan that I am
Much appreciation goes to the hardworking staff at Ace. Thank you also to the Knight Agency, plus Sheree Whitefeather and Judy Duarte for the sweat and blood that have gone into this series. For inspiration, thanks are owed to the works of Marie-Louise von Franz and the books
Female Rage: Unlocking Its Secrets, Claiming Its Power
, by Mary Valentis, PhD, and Anne Devane, PhD, and
Queen Bees & Wannabes
, by Rosalind Wiseman.
Once again, I acknowledge all errors as my own. Any skewing of locations or historical details has been done for the benefit of increasing the drama in this story.
Have fun during this part of the hunt, guys. I’ve had a blast on my end. As Angela Carter wrote in “The Erl-King”: “It is easy to lose yourself in these woods.”
ONE
ALREADY IN DEEP
ONCE
there was a body sprawled under a set of night-darkened, raised train tracks in south London.
The body, a nearly lifeless shell, had eyes sunken into a withered mask of a face, his mouth shaped into a pruned O, as if his lips were on the edge of a cry that would have only been drowned out by a train, should one clack by overhead.
Morbid, indeed. But the curious thing was that his mouth was not preparing for a useless scream at all. The body was trying to smile while his breath wheezed in, wheezed out, his thoughts a blissful blank as the night wore down to the emergence of a chilly November dawn.
Buried amidst a fall of paper and refuse, he slumped against a support pole, just as if it were a leaf-spilling tree to nap against. He was trembling, numb, and so outrageously happy that his mind didn’t grasp the fact that he was dying. Yet, he didn’t care that he was fading away, unnoticed and left behind. Didn’t care that he was so weak he would never even be able to crawl the few centimeters it might take for him to get out from under the debris so his fellow tourist friends—or anyone else—could eventually find him.
All he knew was that a final farewell should be just like this: satiated and complete.
Another breath whistled out of him. His chest, covered by a UCLA sweatshirt, had caved in, suctioned to a collapse. His form resembled a wiry experiment of arms and legs that had been sucked to thinness. His jeans were soaked through with ejaculate from the orgasm that had so recently torn through him.
As a train did approach, rumbling above, casting revolving shadows over the peek of moonlight through the bridge, he tried to remember how he’d gotten here. But all he could grasp were fragments: An almost ethereal whisper that had called for him as he’d come out of a nearby pub, stumbling drunk. A flash of the white dress that had lured him away from his friends toward the dark, mysterious expanse underneath the tracks. The hungry touch of lips over his mouth and the light pressure of fingertips over his zipper.
There was a stirring to his right, and as the train abandoned the space above him, once again allowing full slats of illumination, he used the remainder of his strength to glance over.
He saw the white dress, the slim body of
her
.
An angel, he thought. A figment of death, or at least of the best sex he’d ever had, even though he couldn’t remember actually doing her.
He tried to say something, to thank her in a way that almost struck the part of his mind that was still working as perverse. But he couldn’t manage any words.
Meanwhile, his skin puckered to his bones, bringing him closer to his end. The suddenly unbearable weight of his head was too much for his neck, and his chin dropped forward, his skull pulling at his spine.
He heard her move toward him, and through the descending mire of his consciousness, he realized that whatever she was, she couldn’t just leave him here like this. Still, he didn’t care what happened from hereon out. He only wanted her to touch him again.
And she did, though he barely even felt it when she easily picked him up and cradled him in her arms. The contact of her body against his brought one last convulsion, one last spurt from his cock before his vision and mind went black.
Time must have passed, because the next thing he knew, he was lying on his back, the hint-of-dawn sky rolled out above him while the harsh sounds of a shovel sliced into dirt. He instinctively knew that she was preparing his grave.

Gabriel's Redemption (Gabriel's Inferno Trilogy) by Reynard, Sylvain
The Shadow King by Killough-Walden, Heather
One Minute Past Eight by George Harmon Coxe
A Dark and Broken Heart by Ellory, R.J.
House of Silence by Gillard, Linda
Nothing Like Love by Sabrina Ramnanan
Ex-Heroes by Peter Clines
Ojbect by Viola Grace
The Cold Cold Sea by Linda Huber
Nu Trilogy 1: The Esss Advance by Charles E. Waugh
Our partner