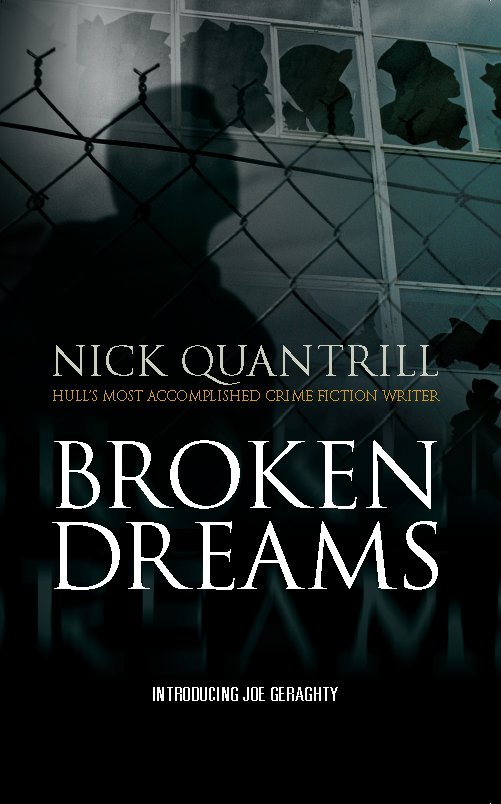 Joe Geraghty, Private Investigator, is used to struggling from one case to the next, barely making the rent on his small office in the Old Town of Hull. Invited by a local businessman to investigate a member of his staff’s absenteeism, it’s the kind of surveillance work that Geraghty and his small team have performed countless times. When Jennifer Murdoch is found bleeding to death in her bed, Geraghty quickly finds himself trapped in the middle of a police investigation which stretches back to the days when the city had a thriving fishing industry. As the woman’s tangled private life begins to unravel, the trail leads Geraghty to local gangster-turned-respectable businessman, Frank Salford, a man with a significant stake in the city’s regeneration plans. Still haunted by the death of his wife in a house fire, it seems the people with the answers Geraghty wants are the police and Salford, both of whom want his co-operation for their own ends. With everything at stake, some would go to any length to get what they want, Geraghty included. 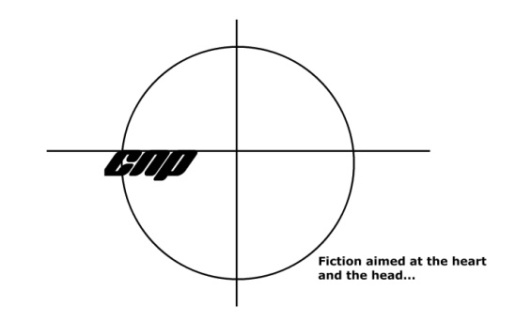 Nick Quantrill has asserted his right under the Copyright, Designs and Patents Act 1998 to be identified as the author of this work

All rights reserved. No part of this publication may be reproduced, stored in a retrieval system, or transmitted in any form or by any means, electronic, mechanical, photocopying, scanning, recording or otherwise, without the prior permission of the publisher

This book has been sold subject to the condition that it shall not, by way of trade or otherwise, be lent, resold, hired out, or otherwise circulated without the publisher’s prior consent in any form of binding or cover other than that in which it is published and without a similar condition including this condition being imposed on the subsequent purchaser.

All characters in this publication are fictitious and any resemblance to real persons, living or dead is purely coincidental

Writing is often considered to be a solitary business but I’ve learnt nothing could be further from the truth. I owe a huge debt of gratitude to the following for all their help and inspiration:

Cathy Quantrill,
my wife, for everything. And for letting me off chores.

Paul Thompson
for the amazing example set over the years. Keep on shining.

Darren Laws for the opportunity to work with Caffeine Nights and the unwavering belief in this book.

Roland Standaert and Beth McGann
for the amazing photography work on my websites.

Jason Goodwin
for sterling work in creating a website from the scraps of information he’s given to work with. www.hullcrimefiction.co.uk

Mac
and Stephany NJC
for gamely taking up proofreading duties without complaint.

Cilla Wykes and the team at www.thisisull.com
for opening the door.

Tim Roux at www.a63revisited.com
and all of Hull’s writers, poets and playwrights for their advice, enthusiasm and friendship.

Mum and Dad
for their support and encouragement throughout.

Everyone who’s read one of my stories on the Internet over the last four years. It’s what keeps me going. You know who you are.

‘
You
didn’t hear or see anything?’

I shook my head. It’s not every day you’re accused of murdering a client. I checked myself in the mirror; the cuts on my face leaving a bloody mess and a bottom lip twice its normal size. It didn’t look clever. The phone call had woken me and after listening to the message, I washed down some painkillers, threw on an old tracksuit and stepped out into the night. The taxi arrived quickly and drove me through the deserted streets of Hull towards my office in the Old Town. Ten minutes later I was sat in my chair, waiting for Don to say something. He was my business partner, but more importantly, my mentor. I explained that I’d been jumped as I’d walked home.

‘Nothing.’ All I knew was my mobile had been taken. It sounded feeble, given the state of my face.

Don towers above me, so I always feel like a naughty child when he tells me off. Although I’m in my early forties and still in reasonable shape, I know when to keep my mouth shut.

I heard the toilet flush and looked at Don, who was refusing to meet my eye. I turned and watched Detective Sergeant Richard Coleman walk into the room.

I nodded a greeting. ‘Make yourself at home, why don’t you?’

He sat on the top of the table opposite me. ‘I’ll get to the point; Don said you were outside of Jennifer Murdoch’s house tonight?’

‘What did you do tonight?’

‘Went to the pub.’ I stared at him, assuming he might know why I’d felt the need to get drunk tonight.

‘With anyone in particular?’

I shook my head. He was oblivious. ‘Why do you ask?’

‘She’s dead’ Coleman said, staring straight at me, ‘She put up quite a fight, but I can’t go into the details.’ He paused to look at me before changing the subject. ‘Don tells me you were watching her on behalf of her employer.’

‘A false illness claim’ I said, before he had chance to go on. ‘She claims she was suffering from stress and was unable to work. Her employer disagrees. Perfectly normal.’

‘Not yet.’ We’d only been on the case for a couple of days and didn’t have the necessary proof.

‘Notice any one else watching her?’

I shook my head. I asked if Terrence Briggs, her employer, had received the news.

Coleman confirmed he’d be speaking to him.  Another fee gone, I thought but didn’t dare say.

‘Do you want to tell me what happened?’ asked Coleman, pointing to my face.

‘I was attacked on my way home. Lost my mobile and what money I had on me.’

Coleman sighed. ‘Did you see the man?’

I thought about it. ‘Sounded it.’

‘Where did it happen?’

‘The tenfoot near my flat.’

Coleman looked from Don to myself. ‘Upset anybody lately?’

Don stared at me, looking for confirmation. I shook my head. ‘No.’

‘Your story is you were attacked by an assailant, identity unknown, and you weren’t anywhere near Jennifer Murdoch’s house tonight?’

‘Correct.’ I sipped the coffee Don had made and tried to read Coleman’s face.

‘I’ll need a statement from you tomorrow.’ He pointed at my cuts and bruises. ‘You might want to think about reporting the assault, too. ’Coleman stood up and told Don he’d be in touch. He looked at me again before leaving.

‘What the fuck are you playing at?’ Don asked me, once he’d shut the door on the policeman. He didn’t swear very often.

‘I was attacked.’ It sounded weak.

‘And you’re telling the truth about not being near Murdoch’s house?’

It was my turn to be indignant. ‘Of course I am.’

‘We’re not pissing about here, Joe.’

I nodded. It doesn’t come any more serious than murder, so I knew the police would be throwing some resources at it. I sat up, my head feeling clearer for the caffeine. ‘Did you tell them?’ He would often tell the police when and where we are performing surveillance as a professional courtesy. If the police knew we had a genuine and legitimate reason for following an individual, it was supposed to prevent future misunderstandings. As I was learning, the system wasn’t perfect.

Don shook his head. ‘I hadn’t got round to telling them.’

I considered the situation. They’d obviously seen my car outside of Murdoch’s house the previous day. ‘They were watching her?’

‘Or her husband’ Don suggested. He took my empty mug off me and shook his head. ‘You’d best report the assault.’

I said I would, but it would be pointless. The truth was I didn’t know who had attacked me. Losing my mobile was a pain but I could get a new one easy enough. What was occupying my mind was the fact the police knew I had been carrying out surveillance outside Murdoch’s house. I looked like I’d been involved in a fight and had no alibi to speak of. It was a chance I couldn’t take; people have been arrested for much less. I knew I was going to have to find out why Jennifer Murdoch had been murdered.

A
shower and strong coffee had me feeling almost human again by mid-morning. I’d walked to the nearest supermarket, bought a cheap pay-as-you-go mobile and topped it up with credit before meeting Don to talk to Jennifer Murdoch’s employer. Only he was in his boardroom talking to the police. The company was based on Sutton Fields, an industrial estate to the east of the city. The middle-aged woman stood behind the reception desk wanted us to come back some other time.

‘Maybe you could help us’ said Don, explaining why we were there.

She’d thought we were salesmen before introducing herself as Sheila Chester, Briggs’s PA. She directed us to her office. I gave her what I hoped was my winning smile, but with the cuts and bruises, I wasn’t sure it was working.

‘Take your time.’ Don said, as she sat down.

Her hand was shaking slightly, the earlier confidence disappearing. She lifted her mug and slowly drank a mouthful of tea.

‘We understand this is difficult for you, Sheila.’

And given the visit from Coleman, I wanted some answers.

Don leant in close to her. ‘We’re here to help.’

‘How long have you worked for the company, Sheila?’ Don asked.

I could see the pride in her face, so I smiled. ‘You must have seen some changes, then?’

‘How long had Jennifer been with you?’

‘It must be about ten years now. She used to work for our auditors, so Mr Briggs offered her the job when her predecessor retired.’

‘And before her illness, how was she was doing?’