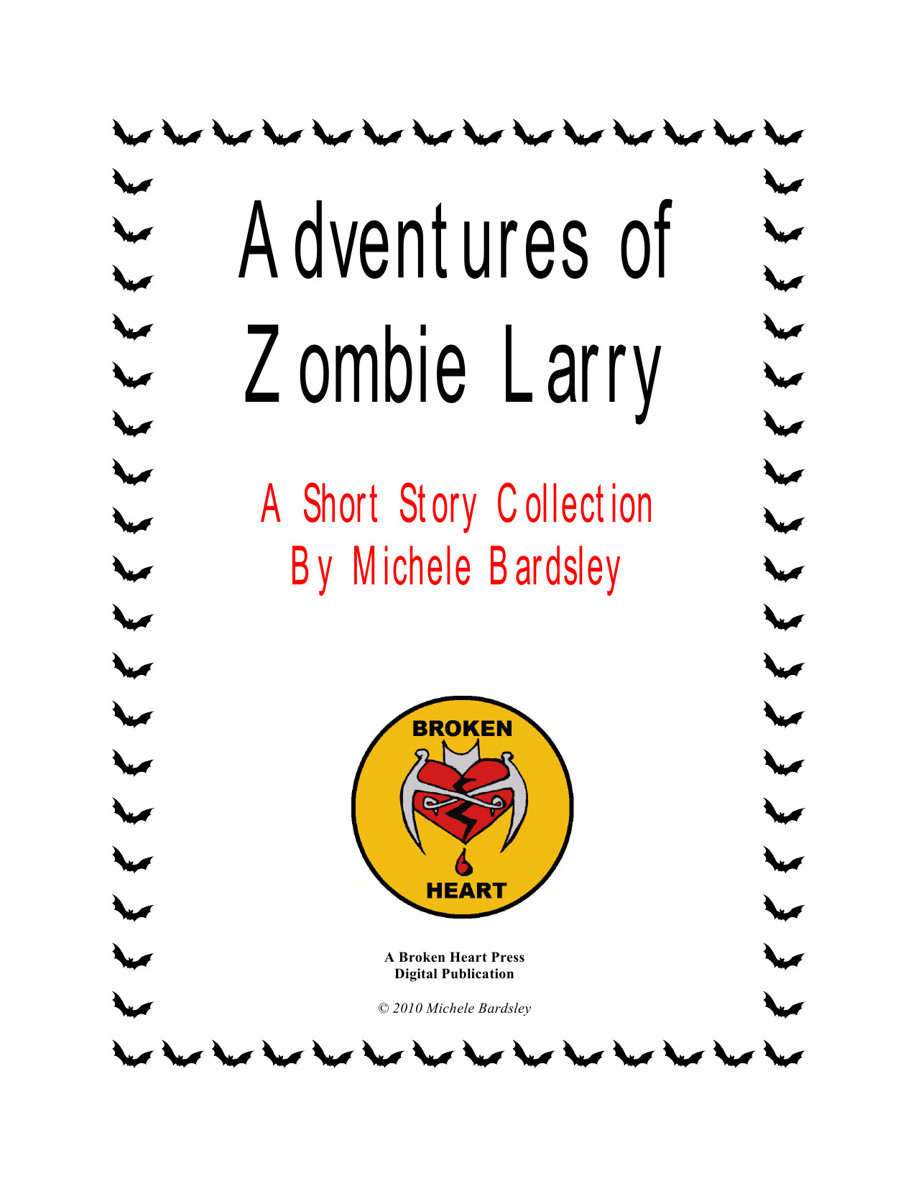 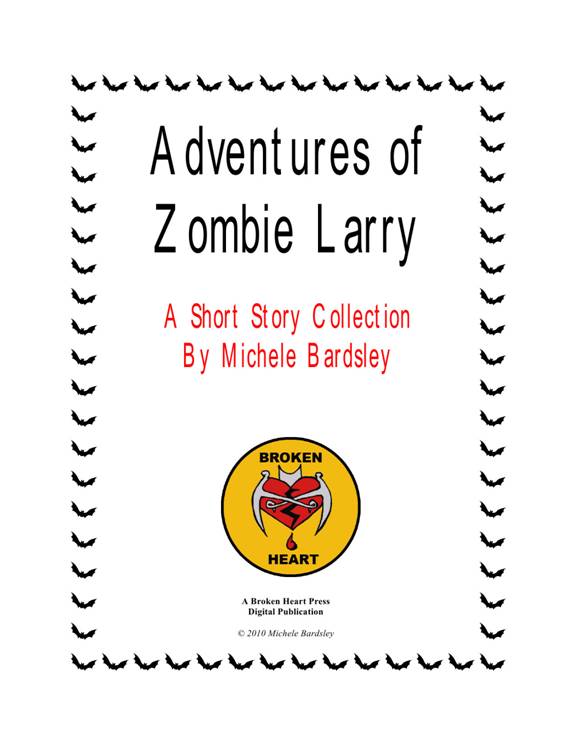 “It’s an eyeball,” said Patsy Marchand. She glanced at her son, Wilson. He looked a little green around the gills. He nodded. He was trying very hard not to look at it.

The eyeball was centered on the lid of a pickle jar. The lid lay on the kitchen island, nestled among the bowls of candy she’d been preparing for the Halloween party.

“Where’d you find it?” she asked. She’d never been the squeamish sort, and ever since she’d become
loup de sang
, aka lycan-vampire, very little wigged her out.

“It was here when I walked in to get some Kit Kats,” said Wilson.

“I told you to leave the candy alone.”

“It’s not like I can eat anything now,” he said. “There’s a freaking eyeball in our kitchen!”

Patsy raised a finger and aimed for the eye.

“What’s going on?” Gabriel strode into the kitchen looking like his usual fine self, and Patsy was instantly distracted by her husband. Was it bad to have the constant urge to lick him? He was
her
Halloween treat—and
hella
better than a Kit Kat.

“I thought you were setting up the decorations.” She accepted his kiss, enjoying the tiny thrill the small contact initiated.

“Eva kicked all the men out. She accused us of not helping.” He scoped out the bowls of candy. “I figured I’d grab some Kit Kats.”

“I told you guys to keep your paws off the candy.” She pointed down. “Look what Wilson found.”

Wilson made a gagging sound, and ran toward the sink. “Gross, gross, gross!”

“
Really?
” asked Patsy. “I thought I raised you to be less girly.”

“I don’t apologize for finding someone’s ripped out eye hurl-worthy.” He leaned over the sink and took in deep breaths. “I’m reacting like a normal person. You’re the freak.”

“Whose do you think it is?” asked Gabriel.

“Well, did you see anyone with only one eye, possibly screaming and clutching their face, wandering around our house?”

Gabriel actually took a minute to think about it.
“Nope.
How about that Kit Kat?”

“Dude!”
Wilson sucked in half the room’s oxygen. Then he turned around and marched out muttering about his parents, the mental patients.

“What do we do about it?” asked Patsy.

“We could ask Eva if she wants to use it for decorations.”

“I see why you got kicked out.” Patsy grabbed a handful of Kit Kats and pushed them into her husband’s hand. “C’mon. We need to check out how the haunted house is coming along.”

Holding hands, they left the kitchen.

A few minutes later, Jenny Matthews O’Halloran skipped into the kitchen. She paused, then turned and gestured to her companion. “C’mere. Told you I found it!”

The man paused in the doorway. He was dressed in a dark suit with shiny black shoes. His hair was wispy, and his skin tinged gray.
“Uuuuhhh.”

Jenny dug in one of the drawers and took out a small, metal tube. Then she squeezed the substance over the back of the eyeball.

Carefully she picked up the lid and walked very slowly over to her new friend. “Here you go, Larry. Put it in quick. I put Super Glue on it, so it should stay in now.”

“Uuuuhhh.”
The man plucked the eyeball from the lid. He tried to stick it into his socket, but missed and the orb landed on his forehead.

Jenny tried to help, but Larry had gotten one of his fingers stuck in the glue. So now his hand
and
his eye were stuck to his forehead. After a minute of Jenny pulling on his arm, his hand came away, but his finger skin stayed put. It hung off the side of the eyeball like a little bat wing.

Jenny cocked her head and considered the problem. “It doesn’t look that bad.”

“Well, at least you’ll never lose that eye again.” She grabbed a Kit Kat and handed it to him. “C’mon. I want you to scare my brother.”

The zombie stuffed the entire candy bar, wrapper and all, into his mouth.

I REALLY DIG YOU

“It’s a shovel,” Jessica Matthews said as she accepted the object from Patsy. She looked around the cemetery, and shuddered. She thrust the shovel back at her friend. “No. Hell, no. You tricked me.”

“I promised you Godiva,” said Patsy, “but only after you do me this one little favor.” She plucked her own shovel from the trunk of her white Mercedes. “It won’t take long.”

Jessica glared at Patsy, who ignored her and walked down the nearest row of tombstones.

“Fine!” said Jessica stomping after her, “but I want two boxes of Godiva.”

Patsy stopped at a grave and peered down at the piles of dirt. Jessica squatted next to her and examined the hole. It was easy to make out the ripped open coffin. “Are those chains?”

“I didn’t know what else to do,” said Patsy. “He keeps getting out.”

Jessica stood up and looked around the cemetery. It was quiet. The full moon hung in the sky like a white chocolate truffle nestled against a sky of dark chocolate.
Mmm.
Chocolate.

“There he is!” yelled Patsy.

The vampire queen took off and Jessica followed. It was only after they reached the zombie that she remembered as a vampire of the Family Ruadan, she could fly. She looked down at her muddied shoes and sighed.

Patsy tossed Jessica a glare. “I don’t care if he sings opera. He can’t wander around the freaking town.” She aimed the shovel at his knees and WHAM.

Larry the zombie went down howling.

“Grab his head!” shouted Patsy as she sat on his squirming legs.

“Three boxes, okay? Just hold on to his damned head so I can drain his ju-ju.”

“Fine!”
Jess dropped her shovel and knelt next to Larry. He had wispy hair and gray skin and for some reason, his left eyeball was attached to his forehead.
“Ew.
What up with that?”

Patsy spared a glance and grimaced. “Every time he gets out something weird happens to him.”

“Is this the same guy who bit Meyer?”

“No.
If you’ll recall Meyer kicked that zombie’s head off.”

Jessica grabbed Larry’s head and the eye still in its socket rolled up to look at her. “Sorry, dude.”

His arms stretched toward her, but his coordination sucked and he didn’t do much other than wiggle his fingers at her.

Jessica felt sorry for him. What was wrong with having a zombie for the town mascot? It wasn’t like it would be weird or anything.

“His breath is rank, but I swear I can smell Kit Kat.”

“You can detect Kit Kat taint on zombie breath?”

Patsy shook her head and started muttering the spell that would turn poor Larry from zombie to corpse. A minute later, he stopped moving and lay still. Then she said, “I think we should chop him up.”

“Not for all the Godiva in the world,” said Jessica. “Let’s just get him back into the grave. And you know what? If he rises again, just leave him alone. He was kinda nice for a zombie.”

Patsy scooped up Larry and carried him to the grave. After getting
him
tucked in, her and Jess piled on the dirt until the hole was filled.

“I need a shower,” said Jessica.

They walked to Patsy’s Mercedes, dumped the shovels into the trunk, and left.

Almost three hours passed before two gray hands popped out of the freshly turned earth like big ugly flowers. A few minutes later, Larry crawled out of his grave and leaned against his marble headstone. He straightened his damaged knees, checked to make sure his forehead eye was still affixed, then got up and shuffled toward town.

DO YOU FEAR WHAT I FEAR?

Wilson’s mother, Patsy, would know. Like his own mom, Patsy had gotten
Turned
into a vampire. And she could actually see and talk to ghosts. She saw them everywhere; worse, they saw her. Plus, she’d once raised a zombie army, which Bryan thought was so beast.

The True Story of Butterfish by Nick Earls
I Blame Dennis Hopper by Illeana Douglas
A Fairly Honourable Defeat by Iris Murdoch
The Last Revelation Of Gla'aki by Ramsey Campbell
Play It Safe (The Safe House Series Book 2) by Leslie North
Year of Living Blonde (Sweet Life in Seattle, Book 1) by Simonne, Andrea
Always Dakota by Debbie Macomber
The Sardonyx Net by Elizabeth A. Lynn
Naming the Elephant: Worldview as a Concept by James W. Sire
In a Dark Wood by Josh Lanyon
Our partner