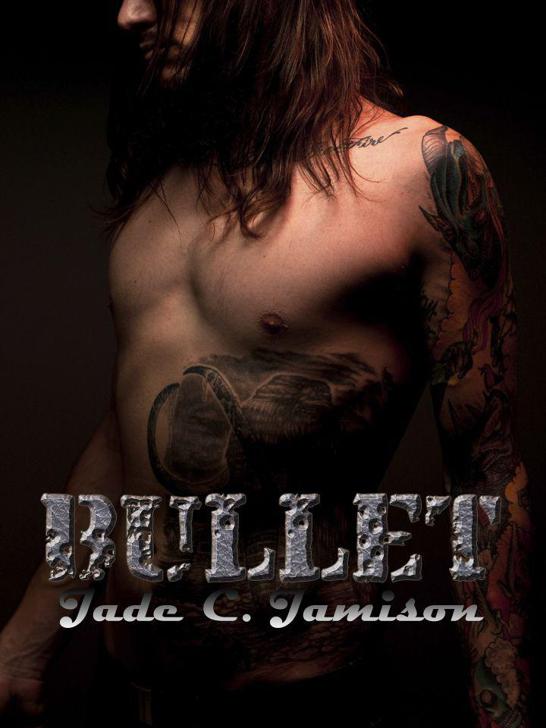 What if you discover the man you want is toxic?

She’d tasted a little bit of heaven with him, and now they’ve gone through hell and back, but can their relationship take anymore?

Valerie Quinn is a naïve college freshman when she meets on-the-rise rock star Ethan Richards.  He’s an idealistic, handsome, reckless young man, but he’s captured her heart.  She doesn’t give up on him and eventually his walls crumble down.  By the time Valerie has given herself to him completely, she discovers he’s damaged and may be beyond help.  Can she save Ethan and their relationship before he implodes, or will he self-destruct and take her with him?

Brad’s face got serious again, and he stroked my cheek.  “Sorry about earlier.  I guess we put you in an uncomfortable position.  I didn’t know you didn’t smoke pot.”

“I was accused of being prude in high school more than once.”

He placed his hand on my thigh.  “Oh, I don’t think you’re prude, Val.  You just haven’t met your drug of choice, and you definitely haven’t met the right guy.”

His hand was warm.  I was staring at it and deciding if I wanted to push it off my leg or not.  As usual, though, I couldn’t resist Brad…flirting with him or anything else.  So I said, “Meaning you’re the wrong guy?”

He smirked at me, and I wished I could figure out what he was thinking.  “Yeah, I’m sure I’m the wrong guy, but I can feel like the right one if you let me try.”

I don’t know why, but his words were exactly what I needed to hear in that hazy state, and I felt like the most special girl in the world then.  Brad had that effect on me, and I think it’s because I’d never seen him with another female…ever.  It allowed me to believe him.  Someone like Ethan, though…it was evident that he loved women, but he loved
all
of them.  Whether Brad had designs on other girls or not, I didn’t know, because I’d never seen him hit on other girls when I was around.  It was like he only had eyes for me.  And I don’t have any idea why, because—even though that sexual attraction was there—I didn’t feel like I was encouraging him at all.  He knew I was hung up on Ethan.  He’d known that from the first day I’d met him.

“Did I tell you already how much I like this skirt?”

In spite of my muddled emotions (or because of them), I liked his hand on my thigh and a deep, dark part of me that I would never admit to thought I wouldn’t mind if he moved his hand even higher.  But I struggled to maintain control.  Still, I couldn’t stop myself from flirting.  “Your eyes did.”

He took his hand off my leg and placed it on the back of my neck while his lips touched mine.  The passion—yes, it was still there, murky and bottomless, threatening to consume us both…

Zoe, The Book Lovers, 5 stars:  “[I]f you’re looking for smoking hot Rockstars, smoking hot sex, love triangles and a metal rock band then
Bullet
will be and is the book for you. It’s about growing up, finding love, dealing with damaged souls, succeeding and finding true happiness.”

Crystal, Kricket’s Chirps Romance Blog, 5 stars:  “The story as a whole wowed me.  I laughed, fumed, swooned and even felt awkward at times.  It was such a roller coaster of events, and just when I thought I could finally predict what was going to happen next, I found out I was wrong.  This really is
An Epic Rock Star Novel
.
”

Jennifer, 5 stars on Goodreads:  “[T]he first word i can think of is WOW!! Loved this book. I was pulled in to this story and couldn't let go.”

Sue, 5 stars on Goodreads:  “Jade C. Jamison…has a way of writing that holds you from the first word to the very last. If you love Rock Star books you will love this one. It will grip your heart, make you laugh, make you cry as you following these amazing characters through their journey in love, loss, success, pain and true happiness. This book has it all. I highly recommend this book!!!!!!!”

Leigh, 5 stars on Goodreads:  “What can I say about
Bullet
??? Let’s see.....Wow & Perfect are the two words that come to my mind first! I’m in love with the characters in this book....I laughed, cried & at times I was fighting mad!!!! The story sucks you in and you never want it to end!!!! I felt like i was experiencing the Journey with them!”

Keri, 5
stars on Goodreads:  “I must say if you have not read any of Jade’s books yet you need to start with this one! This is Jade’s best book to date.
Bullet
takes you on a roller coaster ride of emotions from love and lust to friendship and more.  If you love Rockstar books you will love this one.”

Heather, 5 stars on Goodreads:  “
Bullet
…ABSOLUTELY ROCKS! It is a true epic rock novel and has you captivated from the first chapter and keeps you guessing throughout the entire novel. Jade has created a truly heartfelt story with such wonderful character development that leaves you screaming for a sequel just for more of this wonderful story. You will definitely not be disappointed in this read.”

Amy, 5 stars on Goodreads:  “Loved following Valerie as she grew and changed throughout this story. Loved the boys she met along the way. A must read!!! Hard to put down, but when it’s over, you just want more!”

Sarah, 5 stars on Goodreads:  “
Bullet
is gritty, real and believable. I liked how/where the story starts, with the journey through the book being (as others have said too) an emotional rollercoaster….If you love Rock Stars read
Bullet
.  ROCK STARS RULE!”

Everything But (Tangled Web)

3 No Place to Hide

I also wish to nourish it.

To that end, I want to dedicate this novel about independent musicians

to three of
my
favorite indie bands:

The Last Savior Of God

Half Past My Sin

and may the rest of the world discover you
soon!!!

Once upon a time, there was a quiet eighteen-year-old college student who was a budding writer.  It just so happens that she also loved metal music.

Yes, that eighteen-year-old was yours truly.

When I was eighteen, I wrote most of my first novel. I didn’t quite finish it, because I was writing it in the summer between the spring and fall semesters of my freshman and sophomore years in college, and school started before I reached the end of the story. But when I went back to school, one night in September, four of my girlfriends/ roommates wanted to read it. So we popped some popcorn and lay on my bed and the floor of my room while I read to them my almost-finished first (kind of) romance book called
Bottom of My Heart
. Yes, it had some clichés and some juvenile writing, and I didn’t finish writing the last two chapters until six years later, but I had my girlfriends giggling and tittering, oohing and ahhing, gasping with delight and wondering how it ended. The sex scenes were tame, and some of the dialogue was so bad, it was downright embarrassing. But I was a writer. Oh, yes, I was, and I had a small audience who were rooting for the heroine.

That heroine’s name was Valerie, and that book became the basis of what has become my hugest rock star book ever, the book you are getting to read right now,
Bullet
. My husband had teased me about all the “trunk novels” I had written—mostly finished books and some completed books that I’d never thought were good enough to share.
Bottom of My Heart
was definitely one of those books just not good enough, because I knew the plot. There was no way it would ever work today.