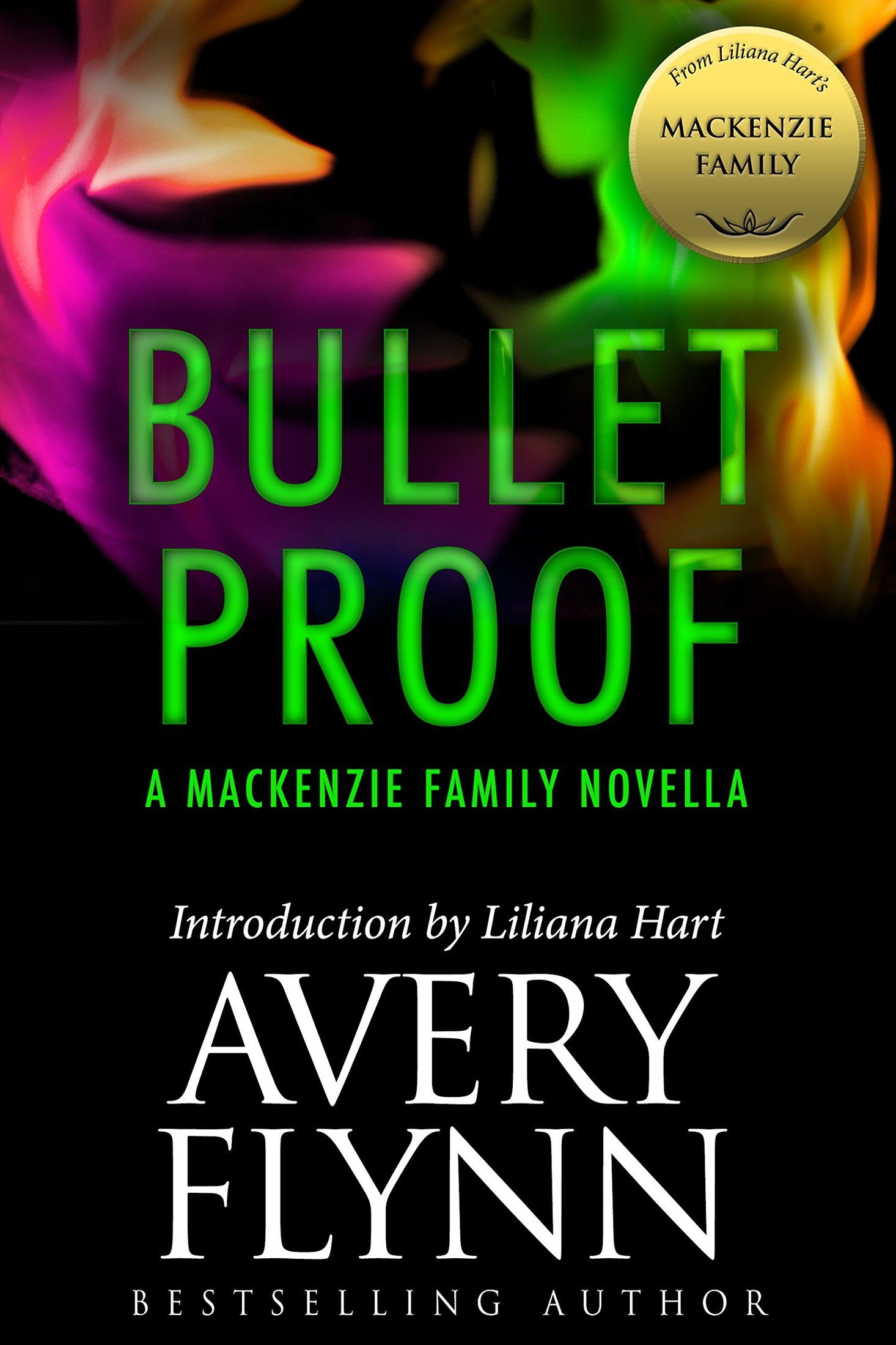 "Being one of the good guys is not my thing."

Taz Hazard’s only concern is looking out for himself and he has no intention of changing his ways until he finds sexy-as-sin Bianca at the most notorious mansion in Ft. Worth. Now, he’s tangled up in a missing person case tied into a powerful new drug about to flood the streets, if they can’t find a way to stop it before its too late. Taking on a drug cartel isn’t safe, but when passion ignites between them Taz and Bianca discover their hearts aren’t bulletproof either.

Avery Flynn is an award winning romance author. She has three slightly-wild children, loves a hockey-addicted husband and is desperately hoping someone invents the coffee IV drip.

She was a reader before she was a writer and hopes to always be both. She loves to write about smartass alpha heroes who are as good with a quip as they are with their *ahem* other God-given talents. Her heroines are feisty, fierce and fantastic. Brainy and brave, these ladies know how to stand on their own two feet and knock the bad guys off theirs.

Join her street team, The Flynnbots, and receive special sneak peeks, prizes and early access to her latest releases!

Also, if you figure out how to send Oreos through the Internet, she'll be your best friend for life.

Contact her at
[email protected]
. She'd love to hear from you!

Make Me Up (Killer Style 3)

A huge thank you to Liliana Hart and the Evil Eye team for letting me be a part of this amazing project. Being a part of the MacKenzie clan was a real thrill! As always, I couldn't have written Bulletproof without the support and emergency Oreos from the uber talented Kimberly Kincaid and Robin Covington, not to mention the Flynnbots who are always willing to post hot guy inspiration pics—seriously, those always make the world a better place.

AN INTRODUCTION TO THE MACKENZIE FAMILY WORLD

I’m thrilled to be able to introduce the MacKenzie Family World to you. I asked five of my favorite authors to create their own characters and put them into the world you all know and love. These amazing authors revisited Surrender, Montana, and through their imagination you’ll get to meet new characters, while reuniting with some of your favorites.

These stories are hot, hot, hot—exactly what you’d expect from a MacKenzie story—and it was pure pleasure for me to read each and every one of them and see my world through someone else’s eyes. They definitely did the series justice, and I hope you discover five new authors to put on your auto-buy list.

Make sure you check out
Troublemaker,
a brand new, full-length MacKenzie novel written by me.
And yes, you’ll get to see more glimpses of Shane before his book comes out next year.

So grab a glass of wine, pour a bubble bath, and prepare to Surrender.

An introduction to the MacKenzie Family World by Liliana Hart

Discover the World of 1001 Dark Nights

Trouble on Tap by Avery Flynn

Taz Hazard dropped the keys to his classic 1957 Porsche 356 Speedster into the valet's open hand, strutted through the double doors of Bisu Manor, and stopped dead in his tracks.

What in the hell was
she
doing here?

The sharks in Armani tuxedos circled her like she was a bikini beauty who'd swum too far from shore, which she sure as fuck had. Bianca Sutherland might look the part in her blue silk gown slit to her hip in the front revealing a long, tan leg that went on for miles, but she was way out of her depth in this members-only private affair where the entertainment for the evening would be watching Ft. Worth's richest lose their inhibitions along with their clothing at Texas's most exclusive private sex clubs.

Bianca looked all of twenty, but Taz knew she was twenty-five, plenty old enough to play the games at Bisu Manor, but she didn't belong here. Not where every asshole with an oversized bank account could—and would—push every boundary she had. Not where he'd have to watch others touch what he'd fantasized about since the first time she'd walked into his Devil's Dip Gym popping a wad of gum and declaring she wanted to make herself bulletproof. Not where he'd have to hear her sweet cries of pleasure that he hadn't caused. Listening to her determined grunts as she landed a solid jab to the hanging bag was torture enough.

Giggling at something one of the sharks said, she looked up. He knew the moment she spotted him because one, his cock woke up and said hello to its favorite wet dream and two, her eyes widened, showing off every one of the fifty shades of brown in her hazel irises. Then, the brat lifted her chin and deliberately looked away, giving her companion a sexy smile that practically had the asswipe coming in his pants.

Taz fisted his hands, the same ones that had gotten him a shot at the light heavyweight belt, and tried to remember why he shouldn't beat the dickhead's face in. He took one step forward, that familiar pre-fight anticipation dipped in adrenaline flowing through him. From the early days on the street to the grand finale in Vegas, his favorite moment of any fight had been the moment between ducking under the ropes and the first punch. Since he'd hung up his gloves, the closest he'd ever felt to that thrill was the no-strings public sex when he plunged deep into a Ft. Worth socialite who wouldn't have given a street kid like him a second look before he'd parlayed his boxing winnings into more millions than he could spend in a lifetime.

Bianca glanced up. The look lasted just for a second but it was more than enough time for him to see the dare she telegraphed to him.

Oh, Kitten, do you really want to play? You are totally out of your league here.

He shouldn't. She was his client. Another rich bitch with a colossal overestimation of just how much she could get away with thanks to Daddy's money and Mommy's social connections. But wouldn't it be fun to show her just how deep the water was that she was in? Really, he'd be doing her a favor. Better he teach her that lesson rather than the sharks looking to take a bite out of Bisu's new meat.

Releasing his fists, he strode toward her, cutting through the people dressed for the opera instead of a sex party at a fifteen million dollar mansion in one of the most exclusive Ft. Worth neighborhoods. He ignored the people who called out to him, women he'd fucked and men who wanted to watch—or more. His focus had pinpointed down to the brunette with the dick-sucking lips, blood-draining curves, and smartass mouth that gave just as good as she got.

Remembering You by Tricia Goyer
Sealed with a Kiss by Mae Nunn
Jumping Puddles by Rachael Brownell
How to Be a Submissive Wife by Pearl, Jane
Wicked! by Jilly Cooper
News of the Spirit by Lee Smith
A Possibility of Violence by D. A. Mishani
The Sea of Aaron by Kymberly Hunt
The Last Charge (The Nameless War Trilogy Book 3) by Edmond Barrett
The Immortal Highlander by Karen Marie Moning
Our partner