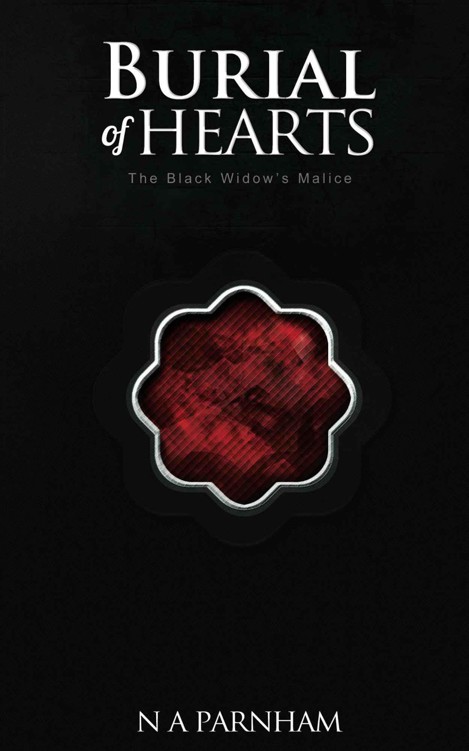 No part of this publication may be

reproduced
, distributed, or transmitted in any
form or by any means, including photocopying, recording, or other electronic or
mechanical methods, without the prior written permission of the author, except
in the case of brief quotations embodied in critical reviews and certain other
non-commercial uses permitted by copyright law. This book is a work of fiction.
Names, characters, places, and incidents either are products of the author’s
imagination or are used fictitiously. Any resemblance to actual persons, living
or dead, events, or locales is entirely coincidental.

To my family, my
friends and my one true love, forever my heart shall be yours.

I
lay silent, my thoughts drifting
carelessly through the midnight hour; fog loomed upon the hilltop whilst seemingly
dancing with the stars of distant dreams. Dark toned whispers governed forth
upon my mind, as if a potent lure for an evil demure. The hope that held deep
within now set aside in a lost redemption, the vows we took worthless, the love
stolen, my soul broken.

“I Avis Aldebourne, do take thee
Alexander Speir, to be my lawfully wedded husband”.

These words muttered playfully through
my mind, like shards of glass ripping at my silken flesh; my veins striking
through as though enraged by the chariots of
war
.

How could my love be taken from me? Whom
be it that has authority to do an act such as this?

In the distance I heard the
laughing of what seemed like a hundred twisted storms, brisk and yet as such
also calm; as if two voices had woven as one. I lifted my head in faith of
seeing what had brought my demise; a voice rose from the laughing to speak to
me:

“Come forth, your destiny awaits”.

I raised up trembling from the
fear and slowly walked through the moon lit grass, hearing the eerie silence, all
but of the sounds of the waking of the insects in my tread.

The voice rose yet again.

“Your love, as though a picture, heard
as a thousand words of bliss; Alexander shall be yours no more until the six
amulets are gathered”.

I ask in a thoughtful, yet
disheartened voice.

“What are these amulets you speak of and
how shall I obtain them?
”.

“Avis Aldebourne, the amulets you must
seek are behind the six gates of Malkaretz, together brought in absolute unity,
the final baronial gate shall be opened”.

‘The Amulet of Forneus’

‘The Amulet of Nephthys’

The voice vanished from my presence
like the concluding twinkling of sundown; I gathered my long-winded thoughts,
my rage ready to erupt, none shall take away from me, I vaguely thought to
myself, my eyes glimpsing around, as though waiting for another sign of sorts.

Rising up after what seemed like
days, I made my way back home; the seemingly dazed workers were lining the
streets ready for the annual beer festival, the drunken buffoons wolf whistling
at all the local ladies, myself included as if we were slabs of meat, readily
slaughtered by their obnoxious egos. I sat myself down in a quiet corner of
town to avoid any unwanted attention. I was uncertain, unhappy and unprepared,
but I did know one thing, I would
not
be beaten.

“Wake up, you have been asleep
for a
whole
day, people are getting worried”.

I opened my eyes
unwillingly to see the local inn lady Mrs. Doris Sandleton (a shabbily dressed
lady, with a strange affinity to always have exotic feathers intertwined into
her long golden, brown hair) presenting me with a selection of morning
delicacies
;
curdled egg and fish fin soup, along with a roughly ripped off piece of stale
bread.

“Thank you Doris what a welcome…
delight
?
”.
I said as I was deciding which was more nauseating, the
food, or her ash laden breath.

She left the room after surveying
my clothes scattered across the floor and giving me an undeniable disapproving
look. My room was fairly large compared to the others in the inn, only because
Doris and I were such good friends; but as with all the rooms, there was the
ever present smell of yeast rising from her husband’s experimental brewing
disasters downstairs. The walls around me were plastered with aged paintings of
local town events, some partially hanging off the wall, much like the smoke
ridden wallpaper.

I passed a glance down upon the
soup, noting whether it was at all edible to my palate; after a brief delay I
plucked up the courage to take an adequately sized mouthful. To my surprise it
was relatively pleasant; the egg cut through the sharp fish flavours, as would
a swordsman slice at his enemy; after a few more mouthfuls I decided it was
time to get up, after all, I did not want to be labelled a common
slob
,
although it would be a rather generous label compared to others I have been
given.

Rising up I pushed my feet firmly
against the oakwood flooring, hearing the ever present creaking of the
almost-antique floor boards. I had a rather amusing habit of hopping around the
room to hear the different creaking sounds, I even used to make simple melodies
doing this
somewhat
childish act. I gathered the garments that I had slung
so
gracefully around the room, in my haste to sleep the evening before,
placing them quite particularly folded upon my bed.

After attending to my clothing, I
dashed over to the hallway; looking around it was a precarious area, with much
of the flooring missing in full disregard for the tenant’s wellbeing. There
hung various pieces of artwork that Doris had gathered on her outings, each
with a different style, or personality if you will; the area seemed to radiate
an honest yearning to become similar to one of the higher class homes, but it
never reached the full potential it had.

I strolled over to the
ever
vacant
bathroom facilities, I was unsure as to where the other tenants
washed, or if they did at all, but to me this room was a glorious vessel of
tranquillity, dedicated to my every need as a woman.

Entering the bathroom, I flashed
my focus to assure myself it was clear of any individual(s). To my far left was
a stain glass window, allowing a small amount of light in, yet
not
permitting any unwanted attention from the street below; a rose petal designed
curtain surrounded the bath, as so to provide further privacy, if it at all was
needed. Gliding the curtain gently aback, I was
startled
, Snitzel the
inns local pet cat and I use the word
pet
loosely, was gracefully
cleaning herself; her fur a ginger colouration, soft and with a tail perked up
as though a champion’s sword.

Our eyes centred and just as fast
as I had opened the curtain, she proclaimed herself to me with her
distinguished purring, jumping to the broad rim of the iron cast bath, to
ensure she received her adored attention. After a few moments of affection, I
lifted and placed her gently back into the hallway so I could wash.

Closing the door behind me, I
pushed the bolt back so none other could enter as I prepared myself for the
strenuous day ahead. We (the tenants) had the luxury of having a large fire
brazing below, which at all times heated the water for bathing, but as such
also provided adequate warmth for the inn, in the winter months.

T
oday I wished to relax, so
grasping a handful of foreign sourced sea salts, I sprinkled them gently around
the base of the bath and allowed the heated water to course around; the salts
turned the water a mixed lulled shade of pink and lilac. After a brief time, I
stopped the hot water from flowing, allowing the release of the cold water,
testing every few moments until the temperature was to my personal
satisfaction.

I stepped into the bath, my body
now embraced by the soothing touch of the water, I let myself become as one;
closing my eyes, encountering the night before as though it was placed before
me now; my heart sank abruptly, as if weighted by mountain tops rupturing the
ocean bed.

I managed to reclaim ownership of
my usually hardened thoughts and held onto the copper coated jug, filling it
forcefully with water and cleansing my long hair, finding a twig or two
intertwined throughout.

A roughly timed hour passed. As
the water cooled I could hear Snitzel clawing tirelessly at the door, obviously
no one today had captured a thought to feed her; outside the local market was
in full force, the traders offering everything you could envision, fresh fish,
vegetables, clothing of every class and the local source for magick related
items ‘The Ecliptorel Stall’.