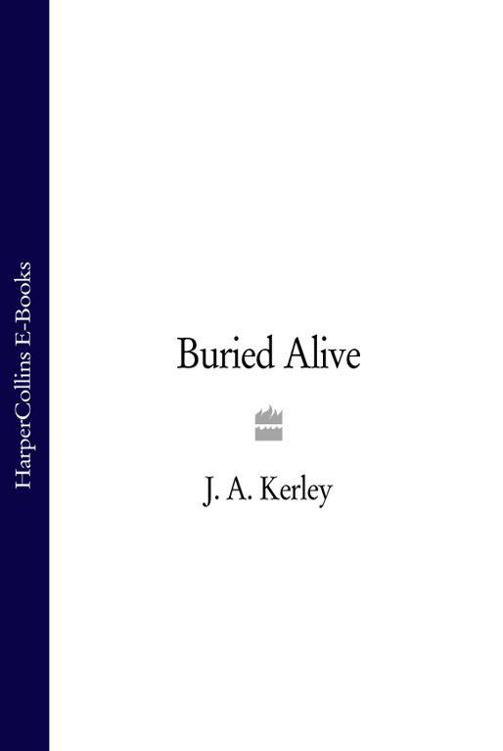 To the Northside Trio:
Duane, Dave, and that other guy.

I felt the phone before I heard it, a rusty saw rasping over my forehead, trying to rip an opening into my subconscious.

My eyes opened to slats of maple flooring. Chair legs. A crumpled sock. I was on the floor, head in the living room, feet in the bedroom.

Behind me I saw blanket and sheet following like a tangled umbilicus. I had tried to crawl from my dreams again. I rolled to the phone on the bedside table before the saw took another cut.

“Carson Ryder,” I mumbled, cross-legged on the floor and leaning against the bed. The clock showed 7.25 a.m.
on a Saturday morning. Outside, gulls keened above my beachside home as the Gulf of Mexico’s waves slapped the shore a hundred paces distant.

“Detective Ryder, it’s Nancy Wainwright at the Alabama Institute for Aberrational Behavior. I need your help.”

I stifled a yawn as my mental Rolodex presented an image of a slender, fiftyish woman with long brown hair and penetrating, intelligent eyes behind round glasses.

I rubbed sleep from my eyes. “Again? Why?”

“He’s going to be hypnotized.”

It took a five-count for the words to materialize into a grammatical pattern and snap me bolt-upright with the phone tight to my ear. “Bobby Lee Crayline?” I knew my heart was fully awake. I could feel it pounding. “Who’s doing this?”

“Regressing Crayline could blow him off his hinges,” I said. “Vangie told me Crayline was the tip of the one iceberg that she never wanted to see beneath the surface.”

Vangie was Dr Evangeline Prowse, psychiatrist, the former head of the Institute, which housed and studied the country’s most dangerous psychopaths and sociopaths. She’d been murdered in Manhattan two years ago, the circumstances strange and sad. Nancy Wainwright had been installed as the Institute’s full-time director some months back. I barely knew her.

“You interviewed Bobby Lee in prison, right, Detective?” Wainwright continued. “Since you have a history with him, I thought maybe you could stop the procedure.”

Another mental Rolodex spun, one hidden in a far corner of my skull, and I saw Bobby Lee Crayline, his green reptilian eyes studying me the moment I entered Holman Prison’s visitation room. I saw his flattened nose and his scarred hands on the far side of the Plexiglas divider, hands skittering over the counter like restless tarantulas. I smelled the stink pouring like gasoline fumes from his jittering, tattoo-smeared body. I’d gone home after the unsettling interview and washed my clothes. Twice.

“Crayline’s legal team won’t listen to me, Doctor,” I explained. “It’s not much of a history and I’m just a homicide dick from Mobile.”

“You’re in that special unit. That has to count for something.”

She was referring to PSIT, the Psychopathological and Sociopathological Investigative Team. The team was me and my partner, Harry Nautilus. Few outside the Mobile PD even knew of the existence of the unit called
Piss-it
by everyone but Harry and me.

“I doubt that will sway anyone,” I said. “Even given Bobby Lee’s obvious psychological damage.”

Bobby Lee Crayline had been arrested seven months ago, at the age of twenty-eight, after his strange abduction of a colleague. His path had always led him in a disturbing direction, a history of breathless violence,
starting in high school when he’d beaten two teachers a half-inch shy of death, one teacher today confined to a wheelchair. Though he’d avoided incarceration when it was proven both male teachers – a coach and an assistant – had taunted the sixteen-year-old when he didn’t join the football team, Crayline was expelled from school.

Crayline spent the next few years winning amateur “Toughest Man” competitions, often dragged from atop opponents after the round ended. His reputation for crowd-pleasing megaviolence bought entrée into the XFL, Extreme Fighting League, a made-for-TV motley of pro wrestling, full-contact karate, and bar-room brawling. Two combatants fought in a circular, thirty-foot-diameter cage until one was vanquished, often in a shower of blood and teeth. I’d once watched three minutes of XFL before retreating from the television, wondering if the species known as
Homo Sapiens
– thinking man – had been hideously misnamed.

Bobby Lee Crayline’s XFL career consisted of twenty-two bouts. He generally wounded his opponents in an early round, then toyed with them for several more, spitting insults and inflicting damage until the victim collapsed. Two opponents quit the league, humiliated. In the most notorious incident, one of Crayline’s opponents died of a brain hemorrhage after the match. Because of the viciousness of Crayline’s attack – he had to be pulled from the fighter after the bell – the incident was ruled manslaughter and Bobby Lee received a six-month prison sentence. I interviewed him the first week he was in prison, part of
my ongoing research. He was scary and uncooperative and I spent less than ten minutes in his company, which was fine.

A month into his sentence, a savvy lawyer got Bobby Lee transferred to the Alabama Institute for Aberrational Behavior. He remained there for two months before other legal wranglings set him free and he returned to the XFL.

Crayline had won all his XFL fights but his final one, vanquished in the third round by an imposing and experienced fighter called Jessie “Mad Dog” Stone. Bobby Lee Crayline disappeared overnight, no one knowing where he went or why. One waggish sportswriter opined that “Hell hath summoned Bobby Lee to the home office.”

Bobby Lee Crayline’s next public appearance was eight months later, in court, arrested at a remote rented farm in north Alabama’s Talladega Mountains and charged with kidnapping. Chained inside a deep pit in a barn behind Crayline’s house, covered with flies and sores and his own excrement, was Jessie Stone, the one man to ever best Crayline in a fight.

Within a month of Bobby Lee’s arrest, three bodies turned up in the countryside where he spent his teen years, the victims shot to pieces, though nothing thus far tied him to the killings. The coroner put the time of death as approximately two years earlier and the investigation was ongoing. It had been conclusively proved that Crayline was in the area at the time.

But Stone’s kidnapping did the trick: Bobby Lee
received a sentence of thirty years in prison and stepped into the big cage three months ago. And there he’d remained until today.

“When’s this procedure supposed to go down?” I asked Dr Wainwright, shaking Bobby Lee Crayline from my thoughts. “The hypnosis.”

“Grab the reins and stop the session, Doctor,” I said. “Tell the truth: Bobby Lee Crayline is a box that should never be opened.”

“Can you help me convince the lawyers hypnosis is dangerous to their client?”

“You’re giving me too much credit, Doctor. I can’t just—”

“Ask anything. Just please come up here.” It was a plea.

The Institute was west of Montgomery, almost three hours away. I sighed and looked at the anxious eyes of my dog, Mr Mix-up, standing at the doorway with his bowl in his mouth, tail fanning behind. He wanted food and his morning walk.

“I’ll come on one condition, Doc. I can bring my dog.”

I hung up and went to my closet; almost empty. I’d been waiting for today to play laundry catch-up. I plucked yesterday’s shirt from the basket to check the aroma index. The shirt got to my nose before my nose got to the shirt. I grabbed from the casual side of the closet: patched jeans and one of Harry’s cast-off shirts, penguins in sunglasses
sipping martinis. He’d found it overly conservative. I found it overly large by two sizes, but comfortable. My socks having missed the wash, I went without, jamming my feet into battered running shoes.

I checked the mirror and saw my hair had gotten long again – how does that happen? The man looking back at me resembled a thirty-six-year-old refugee from a Jimmy Buffet concert.

I fed Mr Mix-up, loaded him into my old pickup, painted gray with a roller. I took a deep breath, fired up the engine and raced north toward the Institute, hoping to stop the worst idea I’d heard in a long time.

Pulling into the lot at the Institute, I noted two vehicles in visitor parking slots, one a big square Benz, burgundy, looking heavy enough to sink into the asphalt like stone through water, the other a gleaming silver Corvette of recent vintage. The juxtaposition reminded me of a brick beside a stiletto, blunt trauma versus puncture.

Nearby waited a brown van with a cage inside, a prisoner-transport vehicle from Holman Prison. It was early January and the temp was forty-eight degrees, the engine running to keep the heater blasting, native South Alabamians thin-blooded by nine months of what most locales called summer. When it dropped below forty degrees, we crawled into steamy bathtubs and hibernated until the magnolias blossomed.

Two bored-looking guards sat inside the van smoking
cigarettes. I trotted over, flashing ID and motioning to roll the window down.

“What you boys here for?” I asked.

The driver, a tight-eyed old gunbull with buck teeth centering fat jowls, pushed back his hat. “We brought Bobby Lee Crayline up from Holman. I ’spect he’ll be back out here soon enough.”

“You know he’s here to be hypnotized?”

The gunbull’s lips curled in a sneer. “Fuckin’ legal bullshit to put him in a cushy mental hospital. Crayline should be hypnotized into thinking he’s a campfire.”

“Then we can shovel dirt over him until he goes out.”

I sprinted back to my truck and opened the door, Mr Mix-up launching out like a torpedo, bounding at my heels, spinning in circles. Mix-up had drawn widely from the canine gene pool, his body thick and heavy in the chest, the hair tightly grained but with fluffy tufts behind his long legs and on his tail. His feet were oven mitts, his head a St Bernard with basset-length ears. His eyes were huge and inquisitive. His powerful, deep-chested body was spotted brown and white and black, the back legs brindled a rusty red. The first time I saw Mix-up I thought him a Dr Seuss character come to life.

“Hey, Detective, what the hell kinda dog is that?” the guard yelled out the window.

“An’ probably some horse and ostrich, too,” the guard noted, shaking his head in wonder.

I passed through security and headed to the sign-in clipboard to register. The registration sheet held three signatures, two from a firm named Dunham, Krull and Slezak. The firm was from Memphis, high-powered and low-oriented, defending anyone offering big money or big publicity. Neither category seemed to fit Bobby Lee Crayline, but I’d been wrong before.

“Who’s in this meeting?” I asked Theotis Burns as he walked up. Theotis handled administrative operations of the Institute. He was forty-three, smallish in stature, and wore dark suits that flowed like liquid. Theotis reminded me of the rapper-entrepreneur Puff Daddy or P. Diddy, except P-whatever never worked in a venue with red EMERGENCY buttons spaced along the corridors.