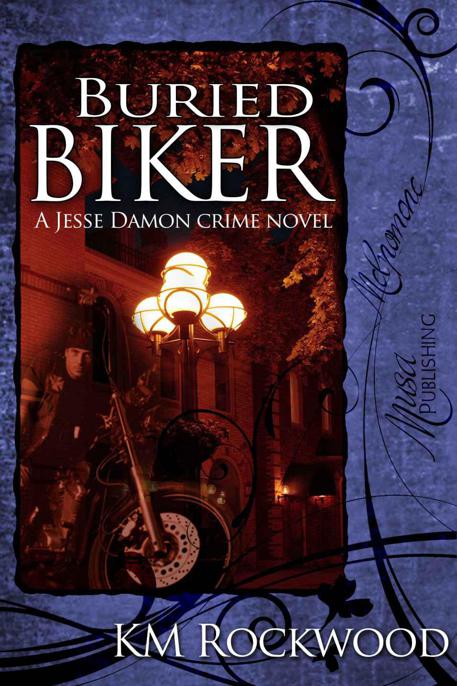 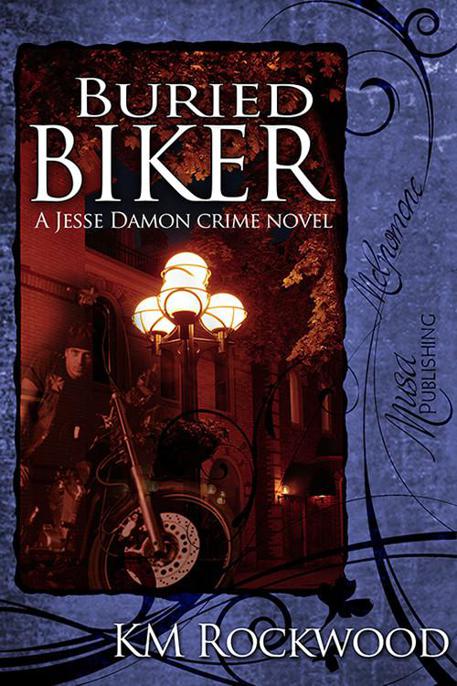 This book contains adult language and scenes. This story is meant only for adults as defined by the laws of the country where you made your purchase. Store your books carefully where they cannot be accessed by younger readers.

A
S
I W
ALKED
H
OME
, I turned the corner and saw a car sitting in the alley. A black Lincoln Town Car—much too classy and sedate for this neighborhood—was idling just past the stairs that led to my basement apartment.

Cars that have been seized in drug arrests are often put to use for police surveillance, and a couple of the detectives who liked to keep a close eye on me had a real taste for luxury sedans.

I rubbed my stubbly cheek with my hand. I needed a shave.
Was it too late to turn around and go the other way? Probably.

I kept my hands out of my jacket pockets and let them hang by my sides, in full sight. No point in giving them any reason to think I might be reaching for a concealed weapon. I’d never been Tased, but I’d seen it done to people, and I had no desire to experience it firsthand.

Maybe they aren’t waiting for me. Maybe I can make it into my apartment before they saw me.

The wind whipped up a rumpled plastic bag in the street, blowing it over the curb and against the worn bricks of the building. I reached the stairs that led from the sidewalk down to my apartment and grasped the handrail which was slick with frozen rain. A car door slammed.

A gravelly voice sounded behind me. “Jesse Damon. Stop.”

Damn. Detective Belkins. Montgomery, his partner, wouldn’t be far behind.

“Put your hands on top of your head. Interlace your fingers. Step back toward me. Slowly.”

The wet spots on the sidewalk were beginning to freeze, making the footing treacherous. Since I was backing up, I couldn’t see where I was going. When I got a few feet back from the stairs, even with the front of the car, Montgomery said, “Lean on the front of the car.”

The alley light glared on the hood of the car. I turned and put my palms down on it. I spread my feet and leaned my weight onto my hands.

From beside me, Belkins kicked my unresisting foot back further. I smothered a grin. I was wearing steel-toed work boots, and he favored worn loafers. Limping slightly, he stepped to the side of the car, so I could just see him out of the corner of my eye. Belkins wore a wrinkled trench coat and held an unlit cigar clenched in his teeth.

His partner, Detective Montgomery, stepped up behind me. “You got anything on you I should know about?”

“No, sir.” I was on parole, and they didn’t need a warrant, probable cause, or any reason at all to search me or my apartment. Having anything illegal or dangerous, even a box cutter from work, could be grounds for violation. I’d be on a quick trip to jail to await a violation hearing.

Montgomery leaned in close behind me. I could smell his aftershave and minty mouthwash. He swung into the usual routine, his dark manicured hands sweeping under my jacket, between my legs and into my pockets. He deposited my wallet and key on the hood of the car in front of me. This whole humiliating routine was getting pretty old to me, but they never seemed tire of it.

Montgomery grabbed one of my hands and pulled it behind me, turned the palm outward and snapped on handcuffs. He did the same with my other hand, but when I tried to straighten up, he leaned against my shoulder, leaving me leaning forward awkwardly. I knew better than to force the issue.

“Just want to ask you a few questions, Jesse.” His voice was slow, and he was making an effort to sound nonthreatening.

My stomach cramped. They were going to play good cop/bad cop. They were good at it. If I gave them a hard time, they’d report that I wasn’t being cooperative to Mr. Ramirez, my parole officer. Who would, as usual, ask me what I had to hide and remind me that I had years of backup time if he decided to send me back to prison. Like that wasn’t totally in my mind every waking moment.

Belkins took the cigar out of his mouth and spit on the pavement. “So you still on parole, Damon?”

“Yes, sir.” He knew that. He was just playing with me.

“They still haven’t fired you yet from that job?”

“No.” I wasn’t about to lose that job if I could help it. I’d really lucked out, getting hired on as a laborer at a steel fabrication plant, and I knew I’d never get another job that good if I lost it. I worked hard, and I’d been promoted to forklift driver.

Montgomery took over. “So how’s that girlfriend of yours, Jesse?”

“Kelly? She’s not really my girlfriend.” I wished she was. We worked the overnight shift at Quality Steel Fabrications, both driving forklifts. I was mostly assigned to the warehouse and the production floor, while she loaded and unloaded trucks in the shipping room, but there was a lot of overlap in our responsibilities. Sometimes we saw each other outside work, mostly over at her house. Fix dinner for her two kids, play games with them, watch TV. Then, after they went to bed, we’d follow suit in her big soft bed. I’d been locked up since I was a kid, and she’d introduced me to sex. With her, it was even better than I had ever imagined. Her ample, muscled body curved in all the right places, she was divorced, and she treated me like a regular person, not a paroled convict.

But we both had a lot of issues and knew we weren’t in a position to make commitments. Especially with her young kids involved. Their lives so far hadn’t been exactly ideal. I’d spent most of my childhood in foster care, being pulled out of relationships with adults just as they were getting comfortable, and I didn’t want to do that to any kids. Realistically, how long would it be before I got locked up again?

Belkins gave me a shove.

I must have missed a question.

Montgomery asked, “I said, when’d you see her last?”

“Thursday night? I thought you worked the early morning hours.”

“Yeah.” I’d caught a few hours of sleep, and it seemed a lot longer ago than that. It is easy to get all mixed up when they throw questions around like that. Of course, that was one of the main reasons they kept doing it. They’d twist the words against me and throw them back at me. I’d say something stupid and contradictory, giving them more ammunition.

“Haven’t seen her since you got off from work?”

Why indeed? But I said, “Her dad just got out of prison. She let him use her place on his home plan. I’m on parole.”

“I’m not supposed to associate with convicted felons. So I can’t go over to her place when he’s around.”

“Why don’t you have her over here at your place?”

Belkins said, “Because it’s a rat hole, and you don’t want her over here?”

He was right. It
was
a rat hole, but that wasn’t the main reason. “I only got the one room. She’s got two kids. Not a good place to bring them.”

Montgomery took over again. “Where were you this afternoon, Jesse?”

“Washed my clothes at the Laundromat. Then I went to the library just before it closed, for a few books. Went out a little later to get something to eat off the McDonald’s dollar menu. That’s where I’m coming from now.”

Belkins snorted. “The library? I thought you had to be able to
read
to go to the library.”

Montgomery chuckled. “I don’t think that’s entirely true, from some of the people I’ve seen hanging around in there. But Jesse’s not stupid. He can read.”

“So you haven’t seen Kelly all day?” Belkins asked.

“Not since we got off work.”

“So it wasn’t you beat the crap out of her?”

My throat closed, and I couldn’t breathe. I jerked upright, turning to face Belkins. “What?” I managed to say.

The Weeping Girl by Hakan Nesser
A Study in Temperance (The Adventures of Ichabod Temperance Book 4) by Ichabod Temperance
I Saw Your Profile by Swan, Rhonda
The Nightingale Before Christmas by Donna Andrews
Revolution 1989 by Victor Sebestyen
Che Committed Suicide by Markaris, Petros
Barbara Samuel by A Piece of Heaven
Heart of the Flame by Lara Adrian
Cowboy Justice by Melissa Cutler
Her Perfect Match by Jess Michaels
Our partner