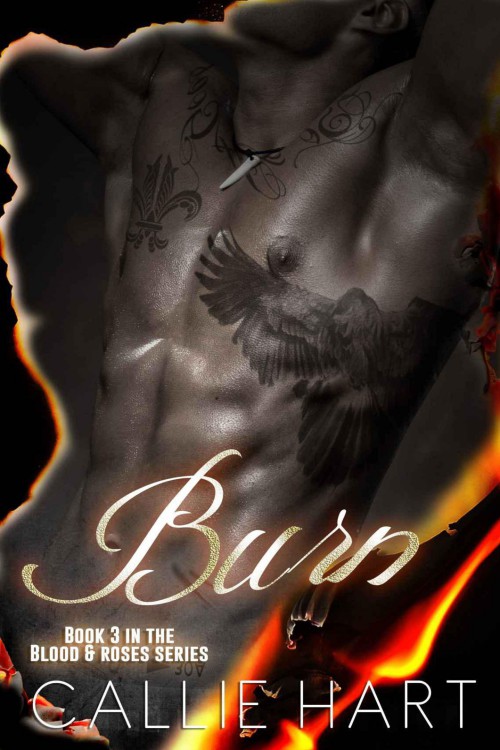 This is a work of fiction. Any resemblance to peoples either living or deceased is purely coincidental. Names, places and characters are figments of the author’s imagination, or, if real, used fictitiously. The author recognises the trademarks and copyrights of all registered products and works mentioned within this work.

Julio Perez is a killer.

He may be all smiles and easy talk when we meet in his study, but I can see the man for what he is: a dangerous creature. Perhaps it’s spending all this time with Zeth that’s done it—I can read the lines of Zeth like the lines of a book—but I can see that my instant read on Julio is different in its own way, too. Zeth and Julio are cut from different cloth. Zeth is dangerous in a primal, instinctive way. It’s just who he is. It’s the foundation of everything that makes him
him
. Julio, on the other hand isn’t inherently dangerous. He’s a man who has chosen to be so. Has earned the fear of those around him, and wears his intimidating persona like a cloak. Like something he can take off and put back on again whenever it pleases him. I don’t know who I should be more worried about; a man who was born into violence, or a man who chooses to descend into it.

“And what did you say you do for a living again, Ms Hawthorne?” Julio asks, running a meaty hand across the polished surface of his desk. He crooks a skeptical eyebrow at me, waiting patiently for me to stop opening and closing my mouth like an idiot and answer him.

“Because you’re not an escort, obviously,” he says, waving hand in my general direction. “Your tits and your ass aren’t on show, for starters. And secondly, your name is
Naomi Hawthorne.
I haven’t met many escorts or strippers with a name like Naomi Hawthorne.” He says my fake name like he knows that’s exactly what it is.

Shit. When he asked me my last name, I gave him the first one that came to mind—the name of my Spanish teacher in high school. Seemed appropriate at the time, but now I’m beginning to see the error of my ways. I should have said fucking sparkles or something. Lovelace. A hooker surname, not a dentist surname. “No,” I say. “Not an escort. I—”

“Naomi’s a doctor,” Zeth cuts in, swinging his head to look around the room slowly, as though being here is boring him terribly. How he can be so calm and collected is beyond me; I’m sweating bullets from my forehead. And he told Julio the truth? For crying out loud. As if it won’t be incredibly easy for a Mexican gang boss to figure out which hospital I work at, and then I’m totally screwed. He’ll find out I’m not this Naomi Hawthorne person, and then he’ll kill me and bury me in a shallow grave somewhere in the desert. They’ll never find my body.

“A doctor?” Julio looks impressed and confused at the same time. “What kind of doctor?”

“Trauma.” I reply without hesitation this time. No point in lying anymore.

Julio turns to look sharply at him. “Of course,
hijo.
The women who usually end up here aren’t usually…”

“Literate?” Zeth’s in a bad mood. He’s lost the nervous tension that he carried in his body as we made our way to the study, and now he just seems pissed off. And bored. I don’t know if it’s for real or if he’s acting, but if he is, he’s doing a good job. His quip makes Julio laugh, though.

“Exactly. They’re not quite your…shall we say,
calibre,
Naomi? And how the hell did you end up falling into bed with this sick bastard? Something
traumatic
happen to his dick or something?”

Zeth snorts but doesn’t say anything. I choose to take the bait—this is a prime opportunity to put aside any doubts Julio might have about my presence here. “I guess you could say that.” I smile coyly at Zeth, glancing at him out of the corner of my eye, as though I’m imparting some salacious secret. “I was invited to one of Zeth’s parties. I took one look at him and knew what kind of treatment he needed. And yeah, his dick was definitely involved. Although I think
I
was the one who suffered the trauma.”

I can’t believe I’m actually forcing this stuff out of my mouth. The blood is rising in my cheeks. I can feel them burning already; I can only hope Julio attributes my flushed color to the intensity of the fake memory and not embarrassment. A real flicker of amusement flashes in Zeth’s eyes. I suddenly realize that what I just said could actually be mistaken for the truth. I
did
go to one of his parties, and I
did
sleep with him there. And, in all honesty, he did fuck me ridiculously hard. I do my best not to cringe. I get the feeling Zeth is loving this. He’s found a toothpick from somewhere and is running it back and forward over his bottom lip, returning my sidelong glance. Apparently he’s no longer bored.

“Sounds intriguing. Did you suck it?”

My head snaps around to look at Julio. Zeth’s eyes travel slowly from me back to the Mexican, too, so that he’s staring, unblinkingly at the other man. He stills the toothpick in his hands, pressing it against his lip. Heat wells in the base of my throat, making the blush undoubtedly grow deeper. “I’m sorry?”

“Did you suck his dick?” Julio asks again, laughing. He asks the question like it’s nothing. Like it’s not really weird that he would ask that.

“Well, yeah, of course I did.” I don’t think I pull off seductively amused as well I would like. I sound more like a flustered school girl than someone who shared a bed with Zeth Mayfair and kept up with him. How the hell did I think I could do this? I am not going to be able to pull it off. I’m just not. The knowing look in Julio’s eyes tells me as much. Zeth slouches down into his seat beside me, rocking his head back to stare up the ceiling, toying with his toothpick again. “Are we nearly done here? I was hoping I could grab a little of the dog that bit me. My head’s fucking pounding.”

“I tell you what’s good for a hangover,
ese
,” Julio says, turning his attention to Zeth. “
Getting your dick sucked
.”

Zeth lets his head roll forward. He doesn’t look impressed. Thankfully Julio’s too busy gauging Zeth’s reaction to catch mine, which is flat out horror. He wants me to do it. Now. In front of him. This is definitely a test. Zeth smiles, and the smile is almost a threat. “I just fucked the girl two seconds ago. Didn’t you hear?” He points the toothpick over his shoulder, gesturing not only into the corridor but into the recent past, when he had me bent double over his lap while he slapped my ass raw.

Julio shrugs his shoulders. “Sounded like you were killing the woman, sure. But this pretty piece of ass is still sitting here, twirling her pretty hair around her pretty fingers, so I know that wasn’t the case.” He gives Zeth a grin, leaning forward across his desk. “What’s the matter, man, huh? You can’t get it up again so quick? I know it ain’t cause you’re shy. I seen you fuck plenty of girls under this roof.”

My hands curl involuntarily at that. Stupid that I choose to get upset over that right now and not the fact that an overweight Mexican Jabba the Hut wants me to get on my knees in front of him and blow a guy I’m more than moderately afraid of.

Zeth nods slowly, seeming to consider this. “Guess so. But that was a while back now. I’m a little more…restrained?”

“Bullshit!” Julio laughs, but his cheeks are growing redder and redder by the moment. This highlights the spider webbed fine filaments of burst blood capillaries in his cheeks, purple looking and angry—here is a man who drinks too much. Gets mad too much. He probably gets his own way too much, too. But not today.

I stand up. I don’t recall doing it, but I’m on my feet, straightening up my top, trying to fix what I hope to be a cool look on both of the startled men who are staring back at me. Zeth looks like I’ve just thrown a bucket of cold water over him. Julio’s mouth is hanging open, eyes narrowed at me in confusion, as though the words I just spoke were actually in a foreign language that he clearly doesn’t speak.

To say I start panicking would be an understatement. Not even Zeth, a great hulk of a man, afraid of no one, refused Julio’s wishes to bluntly. I realize a little too late that
no one
has probably refused him so bluntly. I think if Zeth could cover his eyes, he would. Julio clears his throat, looking back down at his desk for a moment while I try to prevent myself from succumbing to the titanic sense of alarm that’s suddenly building in my chest.

“So you wouldn’t care if I got another woman to come in here, Miss Hawthorne?” Julio asks the question slowly, showing sizeable restraint. My palms break out into an uncontrollable sweat.

“Of course not. Why would I?” Despite my clammy hands and the color still rising in my cheeks, I know I’ve nailed it this time. I’ve managed to affect an air of complete indifference toward Zeth that makes me fist pump on the inside, while all that shows on the outside is one gently raised eyebrow. “I’m afraid you seem to be confusing the dynamic of the relationship I share with Zeth, Mr Perez. I’m not the one on my knees begging for snippets of his affection. It’s entirely the other way around.”

Zeth coughs violently. Just once. I think I’ve startled him with my comment as much as I’ve startled myself. I try not to react as I calmly exit the room. The door is barely closed before I slump against the wall, my heart exploding in my chest, ricocheting off my ribcage like like rapid gunfire. Shit, shit, shit! What the hell have I done? The meeting was
not
supposed to go like that, but something about that disgusting man makes my blood boil. He clearly holds women in low regard, and to be told so casually to degrade myself in front of him…on no day of the week was that going to happen. Thanks to my quick temper I’ve just created a pretty considerable problem, though. I was supposed to make Julio believe I was a whore…and it seems as though I’ve just implied
Zeth
is one instead.

Thicker Than Blood by Matthew Newhall
Indestructible: V Plague Book 7 by Dirk Patton
Passion and Scandal by Candace Schuler
You Don't Know Me by Sophia Bennett
Cities of the Plain by Cormac McCarthy
Viracocha by Alberto Vázquez-Figueroa
Talent For Trouble by Bianca D'Arc
Into The Fire (Gorgeous Entourage #1) by E. L. Todd
Ravenous by MarcyKate Connolly
El arte de amar by Erich Fromm
Our partner