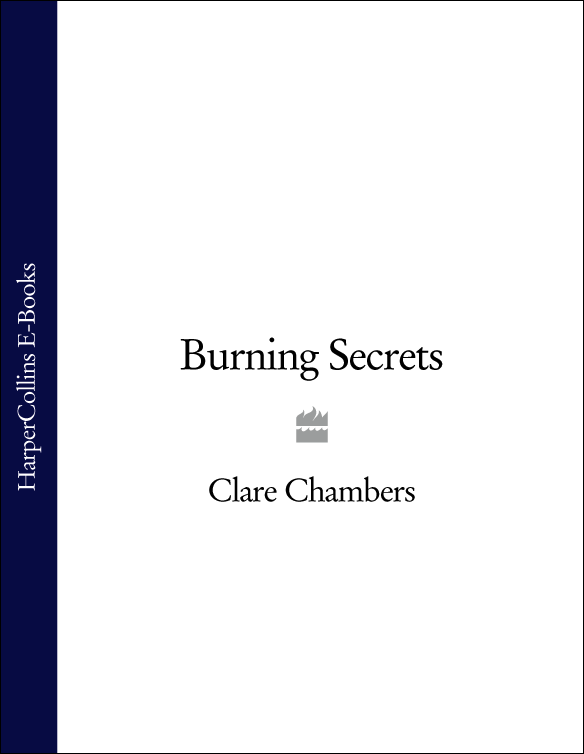 I
FOUND THE
bag on the field down by the boundary fence. I was going to take it to lost property, but when I looked inside and saw the name on the books, I picked it up and ran instead. I didn't know what I was going to do â I didn't have a plan. I just knew that it belonged to my enemy and the opportunity was too good to waste.

I didn't stop running until I reached the allotments. It was just starting to get dark and there was no one about. I hid behind a shed, out of the wind, and emptied the bag out on to the floor. There were exercise books, a planner, a ring binder, an iPod and a mobile phone, some make-up and a pencil case covered with biro scribble, a pack of Marlboro Lights and a lighter. It was the lighter that gave me the idea. I had a quick flick through the planner first, to see if there was any mention of me, and I was quite surprised that there wasn't. I don't know what I was expecting â if you were out to get someone you'd hardly write it in your school planner. It made me realise that hating me wasn't something that took up any of her time; it just came as naturally as breathing.

I made a pyramid out of the books, and lit one corner of a cardboard cover, but it didn't catch, so I tore some pages out of the planner and rolled them into a tube and lit that instead. When it was burning nicely I snapped the top off the lighter and tipped the fuel out over the books. When I touched the flame to the fuel-soaked paper it caught straight away with a loud pop. I felt slightly sick. There was no going back now. I'd have to burn everything to ashes, so it would never be found, and she would never know. The books were going well, but I could tell that the fire wasn't hot enough to burn the bag; a big, fake leather sack with loads of buckles and pockets, so I collected up an armful of twigs and dead stuff from the edges of the allotments and threw that on. Then I went to get some more, until I had quite a decent sized pile. The wind was blowing in powerful gusts and the fire tore through the dry wood a bit faster than I expected. It had started to spread out around the base too, and was getting closer to the shed.

The mobile phone suddenly burst into life, flashing and vibrating and getting louder and louder. That freaked me out more than anything, so I chucked it on the fire too, with the bag and the iPod, and all the other bits apart from the Marlboro Lights. I could use them later. I watched the way the white coating on the iPod blistered up like a poppadom and turned black before peeling off. And then the whole pile teetered and slumped against the shed, and I realised that it was still spreading and growing. I started stamping on the bits of burning grass around the edges but I couldn't do anything to stop the wall of fire leaping up the side of the shed.

I looked around for something that I could use to put it out. About fifty metres away there was a stand-pipe tap which gardeners used to water their vegetables, but there was no hose or watering can lying around. I would have rung 999 but I was scared to use my mobile because I'd be in big trouble if someone traced the call, so I ran across the allotments and down the alley to the main road where there was a phone box. And that's when I saw you, strolling back from training with your kitbag on your back. I told you what I'd done and you said, Don't worry, I'll sort it out. Go home, and don't tell anyone what happened. Go on. Run. So that's what I did.

A
PPROXIMATELY HALFWAY BETWEEN
the mainland and the island, at the point where neither coast was visible â even on a clear day, which this wasn't â the signal on Daniel's mobile phone faded away, never to reappear.

“Dead,” he said, dropping it into the open jaws of his rucksack, and slumping even further down in his seat.

His mum glanced up from her crossword. “I did warn you,” she said. “This isn't London.”

Louie, lying at full stretch along the padded bench seat, with her head on a balled-up sweater, twitched awake. “How much longer?” she muttered queasily, without opening her eyes.

Louie gave a groan and pressed her face, which had taken on the greyish colour of well-chewed gum, deeper into the upholstery.

Although the sea wasn't especially rough, the ferry was only small and was swaying and pitching rhythmically with the swell. The few tables and chairs and the lone metal waste bin in the tiny passenger lounge were bolted to the floor. Daniel watched the blue horizon rise up and almost fill the window, then drop back out of sight again each time the boat rolled. He felt dizzily claustrophobic as he always did when caged in, a tightening in his chest warning him to get outside in the open, fast.

From the car deck a short flight of steps below, came reproachful barking.

“I'm going to take Chet out,” said Daniel, standing up with a lurch and clutching the edge of the table as the floor fell away beneath his feet.

His mum slung the car keys across. “Keep a tight hold of him.”

Daniel rolled his eyes at this, but she had already gone back to her crossword. As if he would let anything happen to Chet. If he was honest, he loved his dog more than any other living thing. Except Louie, though she could be a royal pain in the arse at times, whereas Chet never ever was. They hadn't had any kind of pets before, not even a hamster, and then suddenly three years ago, this Border Collie pup had arrived â an energetic bundle of black and white fur and razor-sharp teeth â a gift to distract him and Louie from The Divorce. A brilliant idea, and probably the last decision his parents ever made without disagreement. If things had gone a bit wobbly for him and Louie since, they would have been ten times worse without Chet.

There he was now, standing in the front seat of their elderly Vauxhall Estate, forcing the end of his nose through the three-inch gap at the top of the window, his black nostrils twitching in the wind. Daniel staggered across the deck, cannoning between the cars to his left and right, as the boat rode the heaving waves. Chet withdrew his nose, and began capering from seat to seat, barking joyfully at the sight of the lead coiled in Daniel's fist. With some difficulty Daniel got the passenger door open just far enough to admit his arm, and managed to clip the lead on to Chet's collar, keeping the other end wound tightly around his wrist. Together, boy and dog made halting progress up to the passenger deck, keeping away from the outer edge. There was a stiff breeze blowing and they faced into it, whipped by the salty wind for a moment before heading around to the sheltered side of the boat. On the front car deck, which was swilling with water, were a couple of motorbikes chained to blocks. Each time the boat hit a trough another explosion of spray would clatter down on the bikes before streaming over the sides. Daniel's earlier exploration of the boat had taken only a matter of minutes. There were no slot machines, no restaurant, no duty-free shop; just a Ladies and Gents, and a small bar selling tea, coffee and watery hot chocolate in polystyrene cups. A Perspex cabinet on the counter offered a selection of depressing snacks: a solitary scone beside a curl of butter; a slab of fruit cake, sweating in its polythene wrapper, an Eccles cake, whatever that was, and a pasty with something orange oozing from a breach in its pastry wall.

Breakfast â a Full English at the Travelodge in Plymouth â now seemed a long way off, so Daniel bought the pasty. The woman serving behind the counter had microwaved it for two whole minutes so the filling was as hot as magma, and the first bite had stripped a layer off the top of his mouth. He could still feel fronds of skin hanging down like seaweed from the roof of a cave.

There were only three other occupants in the bar; a couple of guys in leather biker gear, who were drinking beer from their own private stash, and a youngish woman with long frizzy hair, who was reading a book. Along with the few people in the lounge that brought the total number of passengers to sixteen.

Revived by the buffeting wind and the reassuring open expanse of sea and sky, Daniel completed his circuit of the boat and lured Chet back into the car with a Bonio. Back in the lounge he found Louie sitting up, rumpled and woozy from sleep, her hair bristling with static and in the foulest of moods.

“I'm dying,” she croaked. “I actually am. If anybody's interested.”

No one was. Hardly taking her eyes from the crossword, their mum passed across a plastic bag. “If you're going to be sick, use this.”

“It's got a whacking great hole in the bottom!” Louie protested, crumpling it into a ball and chucking it back in disgust. It landed on the floor and began slowly to unfurl. Several passengers glanced over, tutting. Louie glared back.

Having failed to arouse any sympathy for her imminent death, she began to hunt in the holdall under the table in search of refreshment.

“Who drank the last Diet Coke?” she demanded.

“You did,” said Daniel. “I don't even like the stuff.” He couldn't help laughing at her outraged expression. She was so easy to wind up. He couldn't wait to see her face when she found out there was no mobile reception. That would really cause a meltdown.

Before he had a chance to test this out, Mum was pointing at the window, saying, “I think you can just see it now.”

Through the salt-smeared glass, in the grey distance between sea and sky, was a blue shape like the humped back of a partly submerged monster. The Island of Wragge. Daniel felt a fluttering of anticipation in his stomach, like the beating of trapped wings. All their plans and preparations had been based on getting away from their troubles â putting the whole damn thing behind them â but without any clear idea of what they were running towards.