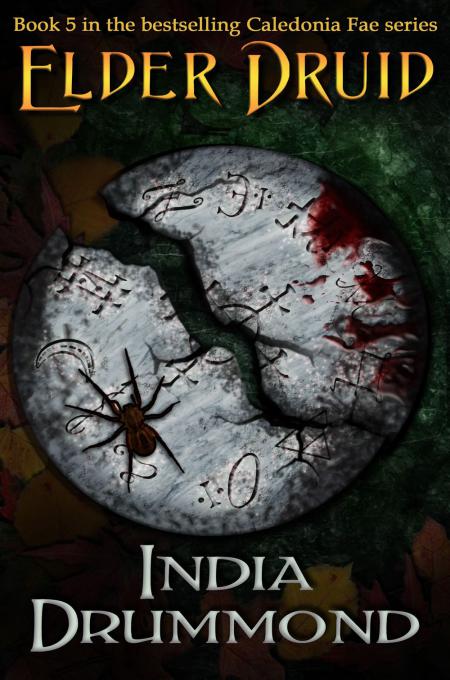 A Note from India Drummond

eBooks are not transferable. All Rights Are Reserved. No part of this book may be used or reproduced in any manner without written permission, except in the case of brief quotations embodied in critical articles and reviews. The unauthorised reproduction or distribution of this copyrighted work is illegal.

No part of this book may be scanned, uploaded, or distributed via the Internet or any other means, electronic or print, without the publisher’s permission.

This book is a work of fiction. The names, characters, places, and incidents are products of the writer’s imagination or have been used fictitiously and are not to be construed as real. Any resemblance to persons, living or dead, actual events, locale, or organisations is entirely coincidental.

Published in the United Kingdom by Trindlemoss Publishing, 2013

In order of appearance:

Standing atop a wooden stepladder, Munro ran his hand over the cold, white marble of the massive archway. The others had teased him about some of the more ornate scrollwork on the imposts, but he had designed it to make a statement. The Mistgate was probably the most important artefact he’d ever constructed, and he wanted it to impress even the fae.

The structure dominated the newly formed Garden of Mists, situated behind the Druid Hall. The surrounding plants were not yet mature, but Munro could envision the place in five years’ time, when exotic flowers bloomed in front of full, lush greenery, and ivy covered the stone walls.

“Will you just get on with it?” Rory called from below.

“I’m thinking,” Munro replied, ignoring them all despite the fact that he was enjoying the moment.

“Bloody hell,” Aaron said. “We’ll be here all night, then.” For the past year, they’d worked feverishly to learn to craft a stable gateway from the Halls of Mist to the human realm. Their first attempt had been made in a hurry, a gateway that merely piggybacked a gate to Belgium. Learning to create a gate that stood on its own, not needing an existing gate pair, had been a challenge.

The druids had gathered to watch Munro place the final runes. After all, he’d been the one to shape the stone and come up with the idea of a pivoting destination for the gate. They’d told him he was crazy. Demi accused him of showing off at that point, asking if it wasn’t enough they were creating a stable gate. They had to make one that moved, too?

Munro didn’t take out his usual pen-shaped stylus. Using his hands felt right. He needed to connect with the stone. Touching the keystone, he reached for the flows of his druid magic and sank his forefinger half an inch into the Tvorskani marble. The stone responded with a shiver only he sensed. The other runes, the ones imbedded in the wide imposts, were invisible to the naked eye. Only a druid, focused on reading the intent of the artefact’s creators, would know the marks existed. These final runes, most importantly the one on the keystone, would be visible to all. They would mark the gate’s connection to the controlling dial and would denote the special nature of how it functioned.

As when creating any runes, Munro closed his eyes and focused not on the words he wished to write, but on the meaning he needed to imbue. His hand moved and the gate vibrated lightly, responding to the instruction he shaped into the keystone. His magic blackened the recessed runes:
Awaken with Sacrifice
.

Even after years of creating artefacts and imbuing runes, he’d not grown accustomed to the strange time-shift or the intense focus that came as the magic flowed. When he opened his eyes, he glanced down. Huck held the ladder steady, and Aaron and Douglas supported Munro’s shaking legs. “I’m good. Thanks,” he said. He took Rory’s proffered hand and climbed down from the stepladder.

“Where did Lisle go?” he asked Demi, who stood with the red-haired faerie Flùranach in the centre of the garden. Both women contemplated the marble disk that would set the gate’s pivot destination.

“We’ll wait for her, then,” he said, but just as he finished the statement, the older lady and her great-grandson appeared.

Lisle’s time in the Halls of Mist had agreed with her. When the druids discovered her, she was already in her eighties, but after only a year in the Otherworld, she looked more like a woman of sixty, at most. Her face still bore wrinkles and her hair remained snow white, but her skin glowed and she now moved with flowing ease. She carried her five-year-old grandson as though not even aware of his ever-growing weight. Her demeanour had softened, too, although Munro doubted she would ever completely relax.

Jago wriggled out of her grasp in an instant, running before his feet touched the ground. He eagerly trotted up to Munro and peered at the runes on the keystone. “What do they mean?” he asked.

Munro interpreted the runes for the child. Jago nodded seriously. He was a strange boy, but Munro didn’t voice that opinion. Jago seemed to know too much and understand more than a five-year-old should. Before Munro’s daughter Maiya was even born, Jago not only claimed to know her but declared he would someday be her prince-consort, as Munro was consort to Queen Eilidh. With any other kid, Munro would have brushed the incidents off, but Jago had a way about him that made him impossible to dismiss, despite his age.

“It’s a lock,” Munro said. “Only a druid can open the gate.” He went to join Demi and Flùranach, and the other druids gathered around the small disk. It was mounted on a waist-high pillar of marble and looked like a plain, smooth sundial.

“I can’t see,” Jago said and held up his arms to be lifted. Munro obliged, holding the boy so he could view the control.

As the only stone druid in the Otherworld, the final step would be Munro’s. He placed his right palm in the centre of the dial and pressed, coaxing the hard marble until it accepted his touch and became like putty under his fingers. When he withdrew his hand, the indentation remained.

A grin broke out across his face. Months of failed attempts, near-misses, and unstable experiments had left them frustrated. Finally, long nights of study, investigating existing gates, and obtaining Eilidh’s permission to disassemble the runes of the broken Belgium gate had led to understanding of why their early attempts had been not only unbalanced, but dangerous.

At the top of the dial, Munro inscribed a series of runes for a very specific spot in London. “Who wants to activate it?” He looked around. Each of the druids seemed eager, but none wanted to claim the honour of going first. “Rory?” Munro asked. “You’ll probably be using this more than anyone. You want to give it a go?”

“Aye,” Rory said. The red-haired druid glanced at his lover, Flùranach. They’d had a rocky relationship that had brought them at least as much pain as pleasure. Still, they worked together well, and the pair had spearheaded the effort to locate more druids, spending the past year conducting their searches in the human realm.

Munro made room for Rory, who stepped forward and placed his hand in the recessed palm print. Closing his eyes, he muttered quietly as he concentrated on the flows. The indentation filled with water, and a thin, mirror-like shimmer appeared inside the archway, glistening with Rory’s water magic. The druids applauded.

Even Jago clapped with delight. “I want to go through!” he exclaimed.

“No,” Demi said quickly and stepped up to take the boy from Munro’s arms. “Someday, Jago, but the honour of the first journey belongs to the creators.”

Smart, Munro thought. She gave him the one reason he couldn’t argue with. That boy was a genius at getting his own way, and his mother had a gift for handling him that none of the others had mastered.

Rory reached for Flùranach’s hand. “Want to take the first trip with me?”

She nodded with an excited smile. “Of course.”

Together, they stepped up to the arch and walked through, disappearing. Munro caught a glimpse of them on the other side looking like shadowy ghosts. Fear caught in his throat. What if he’d been wrong? What if they’d made a mistake in the construction? The pale images vanished.

In less than a minute, Rory and Flùranach reappeared. Rory walked up to Munro and handed him a small object. A miniature bar of soap, its packaging stamped with the name of a London hotel. “Room 581,” Rory said, grinning widely.

Munro blew out a breath he hadn’t realised he’d been holding. “We did it,” he said. He took a small token from his pocket and placed it in the palm print. It shimmered and soaked up the water left behind. When the last drop disappeared, the gate closed again.

On another day, they’d inscribe another location and test the pivoting of the gate as they set the controls to connect to new locations all over the human realm. They’d decided to make London their base of operations in that world. Large cities were not frequented by the fae and were considered wastelands devoid of magical flows. Because of this, the druids thought these would be the best places to travel, away from the already existing fae gates that were controlled by the queens of the various fae kingdoms. Plus, as these cities were well-populated hubs of human activity, there could be no better points to begin their searches for druids.

“Take at least two of the Mistwatchers with you,” Munro said. “We don’t want someone from hotel housekeeping wandering into the Otherworld by mistake.”

“Leocort said they were ready when we were. He might be disappointed we’re going directly to the meeting place, though. I think he was half-hoping the gate wouldn’t work and we’d end up having to run through Caledonia to the midlands,” Rory said with a chuckle. “We’ll leave after the sun rises in England.”

Douglas turned to Lisle. “Are you going to feed the Stone tonight?” he asked.

“I’ve already been,” she told him. She cast him an appraising glance. “Take a few days off. You’re working too hard. The Stone didn’t deteriorate in a year. It will take more than a year to restore the damage done. Why don’t you visit that handsome faerie of yours? Surely it’s difficult to be away so long.”

Douglas blushed and pressed his lips together, as though biting back the remark he would have made to any of the other druids. He glanced at the gate leading back into the Druid Hall, in the direction of the library that held the Source Stone. “Maybe,” he said, but Munro doubted he would take her advice. He had trouble understanding why Douglas didn’t seem to suffer at the separation from Tràth. Like Eilidh and Munro, Tràth and Douglas were bonded, thanks to a compelling magic none of them understood. They hadn’t chosen each other so much as the magic had chosen them to be soul-mates. The bond drove them together, even giving them the words to say to complete the ritual. Every moment they were bonded sealed them closer together. When Munro was away from Eilidh, especially separated by the masking magic of the portal in the Halls of Mist, he felt an ache that was only relieved by her presence.