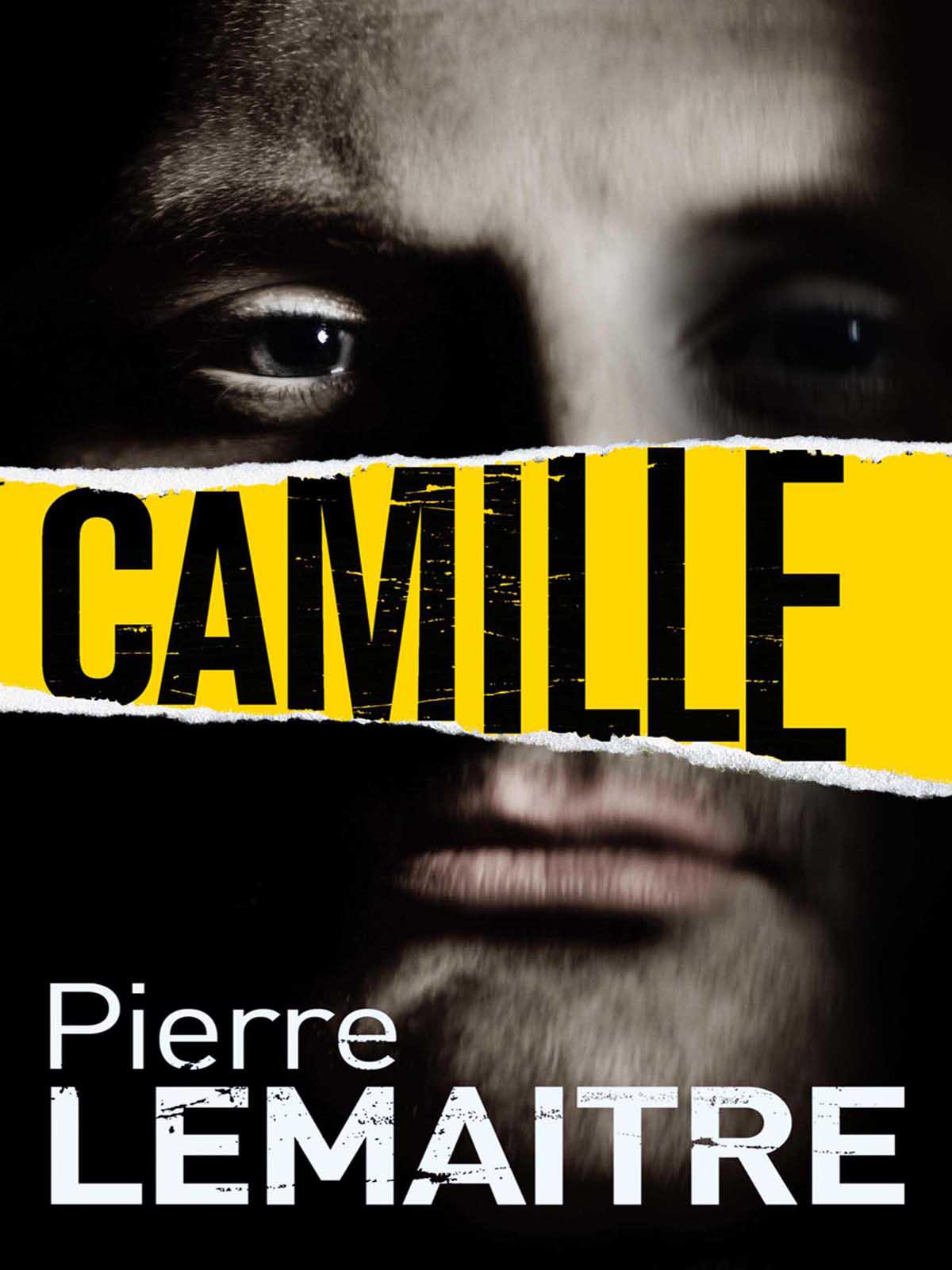 Translated from the French by Frank Wynne

The moral right of Pierre Lemaitre to be identified as the author of this work has been asserted in accordance with the Copyright, Designs and Patents Act, 1988.

To Cathy Bourdeau, for her support.

We only know about one per cent of what’s happening to us.
We don’t know how little heaven is paying for how much hell.

The judicial system in France is fundamentally different to that in the United Kingdom and the U.S.A. Rather than the adversarial system, where police investigate, and the role of the courts is to act as an impartial referee between prosecution and defence, in the French inquisitorial system the judiciary work with the police on the investigation, appointing an independent
juge d’instruction
entitled to question witnesses, interrogate suspects, and oversee the police investigation, gathering evidence, whether incriminating or otherwise. If there is sufficient evidence, the case is referred to the
procureur
– the public prosecutor, who decides whether to bring charges. The
juge d’instruction
plays no role in the eventual trial and is prohibited from adjudicating future cases involving the same defendant.

The French have two national police forces: the
police nationale
(formerly called the
Sûreté
), a civilian police force with jurisdiction in cities and large urban areas, and the
gendarmerie nationale
, a branch of the French Armed Forces, responsible both for public safety and for policing the towns with populations of fewer than 20,000. Since the
gendarme
rie rarely has the resources to conduct complex investigations, the
police nationale
maintains regional criminal investigations services (
police judiciaire
) analogous to the British C.I.D, they also oversee armed response units (
R.A.I.D.
).

Brigade criminelle:
equivalent to the Homicide and Serious Crime Squad, the brigade handles murders, kidnappings and assassinations, the equivalent of the British C.I.D.

Commissaire divisionnaire:
Chief Superintendent (U.K.)/Police Chief (U.S.) has though he has both an administrative and an investigative role

Identité judiciare:
the forensics department of the national police

Juge d’instruction:
the “investigating judge” has a role somewhat similar to that of an American District Attorney. He is addressed as
monsieur le juge

Procureur:
similar to a Crown Prosecutor in the U.K. He is addressed as
magistrat
in the same way one might say “sir”, or “your honour”

An event may be considered decisive when it utterly destabilises your life. This is something Camille Verhœven read some months ago in an article entitled “The Acceleration of History”. This decisive, disorientating event which sends a jolt of electricity through your nervous system is readily distinguishable from life’s other misfortunes because it has a particular force, a specific density: as soon as it occurs, you realise that it will have overwhelming consequences, that what is happening in that moment is irreparable.

To take an example, three blasts from a pump-action shotgun fired at the woman you love.

This is what is going to happen to Camille.

And it does not matter whether, like him, you are attending your best friend’s funeral on the day in question, or whether you feel that you have already had your fill for one day. Fate does not concern itself with such trivialities; it is quite capable, in spite of them, of taking the form of a killer armed with a sawn-off shotgun, a 12-gauge Mossberg 500.

All that remains to be seen is how you will react. This is all that matters.

Because in that instant you will be so devastated that, more often than not, you will react out of pure reflex. If, for example, before she is shot three times, the woman you love has been beaten to a pulp and if, after that, you clearly see the killer shoulder his weapon having chambered a round with a dull clack.

It is probably in such a moment that truly exceptional men reveal themselves, those capable of making the best decisions under the worst of circumstances.

If you are an ordinary man, you get by as best you can. All too often, in the face of such a cataclysmic event, your decision is likely to be flawed or mistaken, always assuming you have not been rendered utterly helpless.

When you have reached a certain age, or when a similar event has already destroyed your life, you suppose that you are immune. This is the case with Camille. His first wife was murdered, a tragedy from which he took years to recover. When you have faced such an ordeal, you assume that nothing more can happen to you.

This is the trap.

You have lowered your guard.

For fate, which has a keen eye, this is the ideal moment to catch you unawares.

And remind you of the unfailing timeliness of chance.

Anne Forestier steps into the Galerie Monier immediately after it opens. The shopping centre is almost empty, the heady smell of bleach heavy in the air as shop owners open their doors, setting out stalls of books, display cases of jewellery.

Built in the late nineteenth century towards the lower end of the Champs-Elysées, the Galerie is made up of small luxury boutiques selling stationery, leather goods, antiques. Gazing up at the vaulted glass roof, a knowledgeable visitor will notice a host of Art Deco details: tiles, cornices, small stained glass windows. Features Anne, too, could admire if she chose, but, as she would be the first to admit, she is not a morning person. At this hour ceilings, mouldings, details are the least of her concerns.

More than anything, she needs coffee. Strong and black.

Because this morning, almost as if it were destined to be, Camille wanted her to linger in bed. Unlike her, Camille is very much a morning person. But Anne did not feel up to it. Having gently fended off Camille’s advances – he has warm hands; it is not always easy to resist – and forgetting that she had poured herself some coffee, she rushed to take a shower and so by the time she emerged and padded into the kitchen towelling her hair, she discovered that the coffee was cold, and rescued a contact lens that was about to be washed down the drain . . .

By then it was time for her to leave. On an empty stomach.

Arriving at the Galerie Monier at a few minutes past ten, she takes a table on the terrace of the little brasserie at the entrance; she is their first customer. The coffee machine is still warming up and she is forced to wait to be served, but though she repeatedly checks her watch, it is not because she is in a hurry. It is an attempt to ward off the waiter. Since he has nothing to do while he waits for the coffee machine to warm up, he is trying to engage her in conversation. He wipes down the tables, glancing at her over his shoulder, and, moving in concentric circles, edges towards her. He is a tall, thin, chatty guy with lank blond hair, the type often found in tourist areas. When he has finished with the last table, he takes up a position close to her and, hands on hips, gives a contented sigh as he stares out the window and launches into pathetically mediocre meteorological musings.

The waiter may be a moron, but he has good taste because, at forty, Anne is still stunning. Dark-haired and delicate, she has pale green eyes and a dazzling smile . . . She is luminously beautiful, with exceptional bone structure. Her slow, graceful movements make you want to touch her because everything about her seems curved and firm: her breasts, her buttocks, her belly, her thighs . . . indeed everything so exquisitely shaped, so perfect it would unsettle any man.

Every time he thinks about her, Camille cannot help but wonder what she sees in him. He is fifty years old, almost bald and, most importantly, he is barely four foot eleven. The height of an eleven-year-old boy. To avoid speculation, it is probably best to mention that, although Anne is not particularly tall, she is almost a whole head taller than Camille.

Anne responds to the waiter’s flirtation with a charming smile that eloquently says “fuck off” (the waiter acquiesces and returns to his work) and she, having hastily drunk her coffee, heads through the Galerie towards the rue Georges-Flandrin. She has nearly reached the exit when, slipping a hand into her bag to get her purse, she feels something damp. Her fingers are covered in ink. Her pen has leaked.

For Camille, it is with the pen that the story really begins. Or with Anne deciding to go to a café in the Galerie Monier rather than somewhere else, on that particular morning rather than another one . . . The dizzying number of coincidences that can lead to tragedy is bewildering. But it seems churlish to complain since it was a dizzying series of coincidences that led to Camille first meeting Anne.

The pen is a small dark-blue fountain pen and the cartridge is leaking. Camille can still picture it. Anne is left-handed and holds her pen in a tortuous grip, writing quickly in a large, loping hand so that it looks as if she is furiously dashing off a series of signatures yet, curiously, she always buys small pens which makes the sight the more astonishing.

Strange as This Weather Has Been by Ann Pancake
The Blood Talisman by Kim Culpepper
The Wager by Rosemary I Patterson PhD
Assassination!: The Brick Chronicle of Attempts on the Lives of Twelve US Presidents by Smith, Brendan Powell
Mortal Fear by Greg Iles
Fall to Pieces by Naidoo, Vahini
Stay Dead: A Novel by Steve Wands
Chasing AllieCat by Rebecca Fjelland Davis
Song of the Deep by Brian Hastings
Stolen by Barnholdt, Lauren, Gorvine, Aaron
Our partner