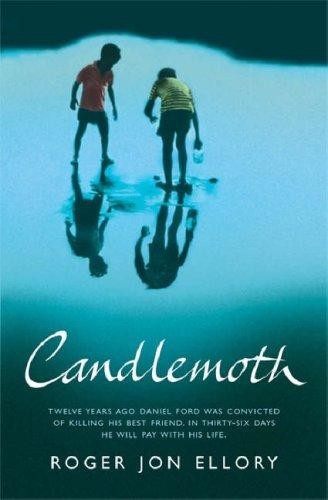 First published in Great Britain in 2003

This paperback
edition published in 2004

of this work has been asserted by him in accordance
with

the Copyright,
Designs and Patents Act 1988.

All rights reserved. No part of this
publication may be

reproduced, stored in a retrieval system, or
transmitted,

in any form or by any means, electronic, mechanical,

photocopying, recording or otherwise, without the
prior

permission of the copyright owner.

All the characters in this book are
fictitious,

and any resemblance to real persons, living or dead,

A CIP catalogue record for this book

is available from the British Library.

This book is dedicated to many people,
all of whom contributed in their own way.

To Lucy, for her perpetual sanity
and friendship.

To Whitman, Williams, Woodstein, to
Kelly Joe Phelps, and all those who accompanied my thoughts.

To my mother and grandmother, both
long since dead, for their guidance and care.

To a father I never knew, and more than
likely never will.

To Nick Sayers for his time, his
patience, his encouragement.

To Jenny Parrott and Mark Rusher for
believing enough to find me a home.

To Jon Wood, my editor at Orion - a man
of passion and persistence. Without his direction, his input and his courage
this book would never have been published.

To all those who believed I would never
amount to anything.

Finally to my wife Victoria and my
son Ryan… for all that's been, and all there is yet to come…

Four
times I've been betrayed - twice by women, once by a better friend than any man
might wish for, and lastly by a nation. And perhaps, truth be known, I betrayed
myself. So that makes five.

But
despite everything, all that happened back then, and all that is happening now,
it was still a magic time.

I can
recall it with a clarity and simplicity that surprises even myself. The names,
the faces, the sounds, the smells.

It
seems almost unnatural to recall things with such a sharp level of perception,
but then that is perhaps attributable to the present circumstances.

Present
a man with the end of his life, place him somewhere such as Death Row, and
perhaps God blesses him with some small mercy.

The
mercy of remembrance.

As if
the Almighty says:

Here,
son, you done got yourself in one hell of a mess right now…

You
ain't stayin' long, an' that'd be the truth…

You
take a good look over all that's been an'gone, and you try an' figure out for
yourself how you got yourself arrived where you are now…

I
have never believed myself to be anything other than a soul. A man is not an
animal, not a physical thing, and where I go now I don't know.

Perhaps
it is the last vestige of mercy afforded me, but I am not afraid.

No, I
am not afraid.

The
people here, the people around me, they seem more afraid than I. Almost as if
they know what they are doing, this lawful and sanctioned killing of men, and
know also that they are doing wrong, and they fear the consequences: not for
me, but for themselves.

If
they could perhaps convince themselves there is no God, or no hereafter, then
they would be safe.

But
they know there is a God.

They
know there is something beyond.

There
is a spirit to this place. The spirit of the dead. Men here will tell you that
once you've killed a man, once you've seen the light fade from his eyes, he
will always walk with you. Your shadow. Perhaps he will never speak again,
never move close to feel the warmth from your skin, but he is there. And those
men walk the same gantries as us, they eat the same food, they watch the lights
go down and dream the same fractured dreams.

And
then there are the sounds. Metal against metal, bolts sliding home, keys
turning in locks… all reminders of the inevitability of eternity. Once you come
down here you never come out. The corridors are wide enough for three abreast,
a man in the middle, a warder on each side. These corridors are painted a vague
shade between gray and green, and names and dates and final words are scratched
through to the brickwork beneath.
Here we're all innocent. Out of Vietnam
into Hell. Tell
M
I love her.
Other such things. Desperate
thoughts from desperate men.

And
lastly the smell. Never leaves you, no matter how long you've walked the walk
and talked the talk. Assaults your nostrils whenever you wake, as if for the
very first time. There is Lysol and cheap detergent, the smell of rotting food,
the odors of sweat and shit and semen and, somewhere beneath all of these
things, the smell of fear. Of futility. Of men giving up and consigning
themselves to the justice of a nation. Crushed inside the hand of fate.

The
men that watch us are cold and removed and distant. They have to be. Figure
once you attach you can't detach. So they say. Who knows what they see when the
lights go down, lying there beside their wives, darkness pressing against their
eyes and their children sleeping the sleep of innocents. And then the cool half
light of nascent dawn when they wake and remember who they are, and what they
do, and where they will go once breakfast is done and the kids have gone to
school. They kiss their wives, and their wives look back at them, and in their
eyes is that numb and indifferent awareness that the bread and cereal and eggs
they ate were paid for by killing men. Guilty men perhaps, but men all the
same. Justice of a nation. Hope they're right. Lord knows, they hope they're
right.

I
watch Mr. Timmons. I watch him, and sometimes he sweats. He hides it, but I
know he sweats. I see him watching me through the grille, his weasel eyes, his
narrow pinched mouth, and I believe his wife comforts him in his guilt by
telling him that really he is doing the work of the Lord. She feeds him sweet
apple fritters and a white sauce she makes with a little honey and lemon, and
she comforts him. He brought the fritters once, brought them right here in a
brown paper bag, spots of grease creeping out towards its corners. And he let
me see them, even let me smell one, but he couldn't let me taste. Told me if I
was an honest man then I would find all the sweet apple fritters I could eat in
Heaven. I smiled and nodded and said
Yessir, Mister Timmons,
and I felt
bad for him. Here was something else he would feel guilty about come dawn.

But
Clarence Timmons is not a bad man, not an evil man. He doesn't carry the
blackened heart of Mr. West. Mr. West seems to be an emissary of Lucifer. Mr.
West is unmarried, this in itself is no surprise, and the bitterness and hate
he carries inside his skin seem enough to burst a man. And yet everything about
him is
tightened up.
Don't know how else to word it. Tightened up like
Sunday-best shoelaces. His manner, his words, his dress, everything is precise
and detailed. His pants carry a crease that could cut paper. Look down at his
shoes and you look back at yourself. The whiteness of his collar is unearthly,
a heavenly white, as if he walks back through town each night and buys a new
shirt and, once home, scrubs it until morning with Lysol and baking soda.
Perhaps he believes the whiteness of his collar compensates for the blackness
of his heart.

Web of Justice by Rayven T. Hill
Dragonskin Slippers by Jessica Day George
The Five Pearls by Barry James Hickey
AT 29 by D. P. Macbeth
The Darling Buds of June by Frankie Lassut
His to Master and Enjoy [The Billionaires and Their Playgrounds 2] (Siren Publishing Everlasting Classic) by Jan Bowles
The Mystery of the Tiger's Eye by Gertrude Chandler Warner
Crossing the Line (The Baltimore Banners Book 1) by Lisa B. Kamps
You'll Think of Me by Wendi Zwaduk
The Fat Girl by Marilyn Sachs
Our partner