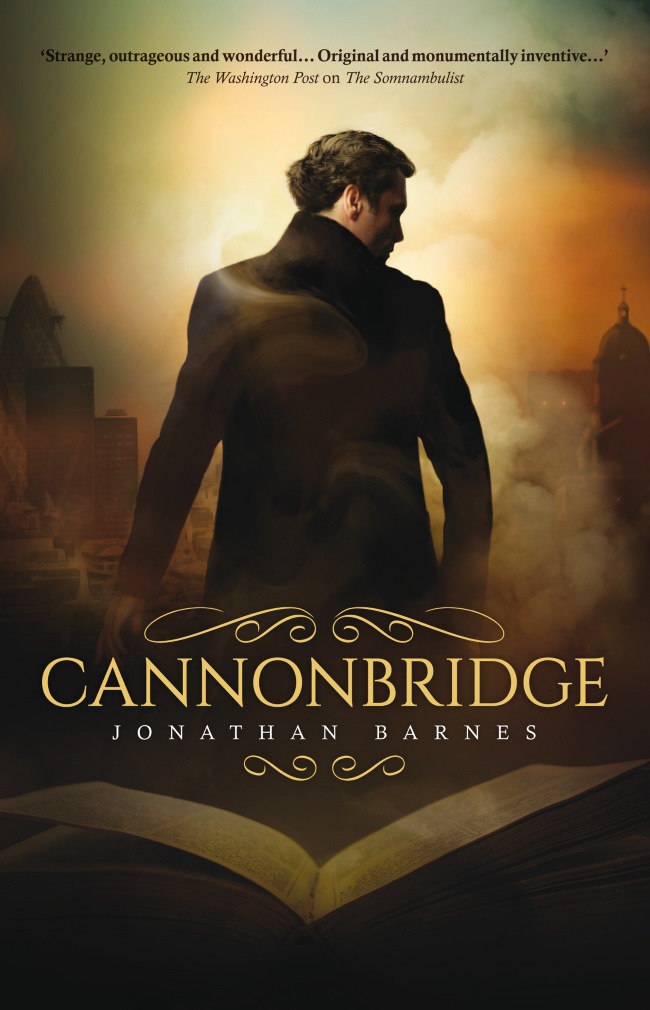 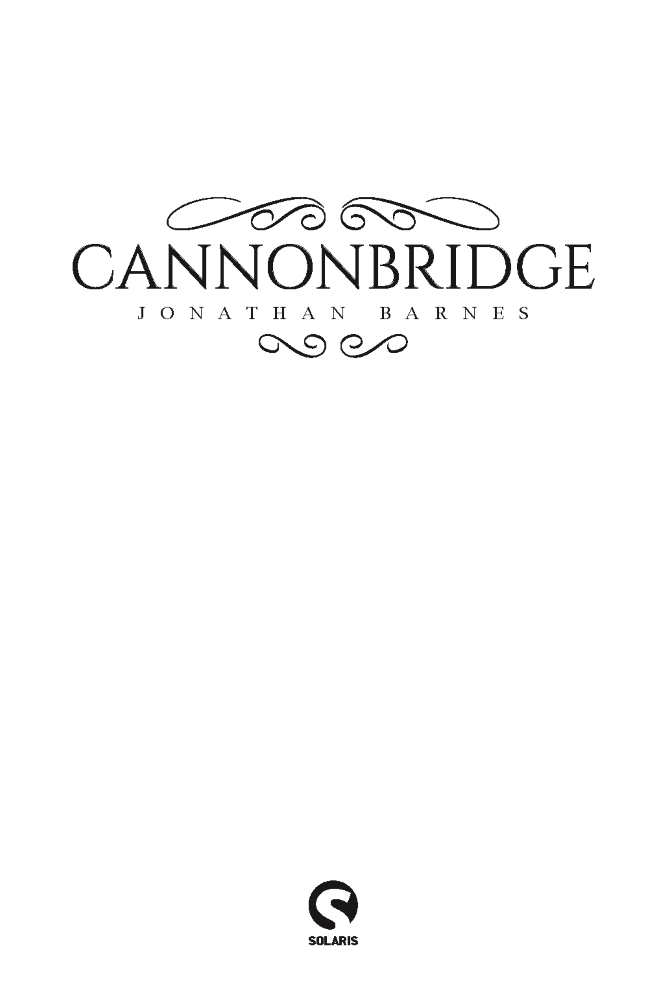 In memory of my grandmother,

“Forgive me, my dear Colonel,” said Miss Jewell with that species of sportive wit and provoking vivacity with which she had won her place in the affections and ambitions of every officer in the barracks, “but is not all life a mystery? Is not our very existence an enigma which we cannot hope to comprehend in full until that inevitable moment when our mortal days are ended?”

Eliphar, thou art intended as a sacrificial thing,

Created to toil and to serve

And never once to question your enslavement.

The lease of Man is temporary and transient. There were terrible wonders before him. We may be sure that there shall be so again in the years to follow his superseding.

The Seasons of Sorrow
by Matthew Cannonbridge (1875)

O
UTSIDE ARE STORM
clouds, rain and the gathering dark. Indoors are a company of five who, tired of other pastimes, of opiates and sex and wild transgression, have turned their attention instead to the telling of tales. Tonight, they talk of ghost stories.

Their leader, a slim, clubfooted man, is to be found, with the rest of them, in one of the villa’s many rooms to have been devoted to pleasure, stretching pantherishly out upon a scarlet divan. Beside him is a pale, dark-haired girl who speaks but rarely and who gazes up at her companion with a dangerous obedience in her eyes.

Another couple is present, though they seem, perhaps, more evenly matched: a languid, dissipated man with a wave of curling brown hair, and his young lover, a girl of not more than eighteen, whose demeanour—shifting, watchful intelligence—seems to speak of the woman that she shall become. The last of this quintet is a plump, oily-skinned physician whose full, almost feminine lips quiver whenever (and he does this often) he pays cringing homage to their host.

Rain clatters upon the windowpane. In the distance, moving closer: the sound of a tempest, the mournful timpani of thunder. It is, of course, the man with the clubfoot who begins.

“Now then...” His manner is unembarrassed in its languorous theatricality. “Which of you has given thought to our challenge?”

He smiles a smile which, whilst fascinating and a thing that has enraptured many, is not a very pleasant smile nor one that evinces any warmth. It is not a smile that you would care to see were you, say, alone in his presence late at night or if he were to wake you in the early hours of the morning, a candle held in an outstretched hand, illuminating fitfully the cruel lineaments of his face.

No one answers. The girl beside him moves closer, nestling her soft, compact frame against his body. She breathes in his scent, half-sighing, half-shuddering, her expression, of giddy adoration, one which he seems scarcely even to notice.

The brown-haired fellow looks up. “Oh, yes. I fear I have not a notion. You must understand that I am more accustomed to the particularities of poetry than I am to those of prose.”

From their host—a snort of weary disapproval. “Then you should play the game more fully. At least if you wish to remain our guest.”

The poet looks uncertain at the slight, not quite knowing how to respond, wary of angering the clubfooted man. A second’s hesitation, then a feudal lowering of his gaze, a bowing as buck yields to stag.

The clubfooted man purses his lips and arches an eyebrow. “Who else, pray? Who has some less disappointing reply?”

“I... I believe I have a story, my lord.” This is the plump young doctor, the blood rushing to his fleshy cheeks, a sheen of sweat upon his forehead.

The face of the clubfooted man is a mask of haughty scepticism. “Dr Polidori?” His eyes flicker over to the other guests, seeking to forge some conspiracy between them. “Indeed? You must tell us more, my dear.” Disdain in every syllable. Contempt in every word.

“My lord, I have been busying myself with the invention of a tale of the un-dead.”

The man whom the doctor has called “my lord” seems, despite himself, to be quietly intrigued. “That does sound of some small interest. You may continue.”

The physician swallows, perspires, wipes his upper lip. “I have in mind, my lord, a most beguiling nobleman...”

At this, the rest of the company exchange glances of dark amusement.

“Now, at first, when we, the reader, first encounter him, he seems quite human, does my aristocrat, my
Lord Ruthven
, but he is... not as other men. He...”

“Yes?” Taken by the physician’s story, Percy, the young poet, leans forwards, while the woman beside him still seems far away, thinking of other things.

The rain beats more insistently upon the window. Thunder is heard again, louder than before. The storm approaches.

Shrieks and cries of mock terror and delight.

Plump Polidori, now warming to his theme: “He pulls in men—and women also—with the irresistible force of his character, with his glamour, his romance. They all admire him. They all seek his company. Yet he has in mind for them just one thing—to drain them of their blood! He cannot know mercy. He is quite implacable. He is grown fat upon the nectar of his victims. And he lusts, he lusts for—”

“Yes, yes. Thank you, doctor. We also have had our fill now, I think.”

Polidori attempts to continue but his interjection is waved peremptorily aside.

“Later,” the lord hisses. Then, to the rest: “Has anyone conceived of some less lumpen tale? I asked for something to chill me—not for some absurd farrago fit only for the lowest fleapit of the East End.”

Dr Polidori, crestfallen, if unsurprised, says nothing though he blinks too hard and too fiercely. There is a bottle beside him and a glass and it is with the decanting of the one into the other that he now occupies himself.

The host turns towards her, his manner coldly indulgent but also displaying an unexpected wariness. “Mary?”

“And what have you dreamed for us?”

“I think you are correct, my lord, when you ask me what it is that I have dreamed for my story came to me at night, unbidden and in my sleep and as a kind of phantasy...” For a moment after speaking, the woman seems lost in thought.

“Quite wonderful. But you must go on, my dear.”

“It concerns a man who, although he longs to be human, can never truly be so.”

“Because he has been
built
by man. He is, you understand, a... thing of artifice. He is created by dark arts in defiance of the laws of God. Stitched and darned by some doomed scholar, imbued with a grotesque mockery of life and set to wander blindly and with murderous intent throughout the world.”

The clubfooted man draws in a long, slow breath. “Dear lady, you astound us. I think I can go so far as to say that your story may even have some trifling possibilities.”

“Mary?” Her lover is looking at the lady somewhat strangely, as if she has not spoken to him of these peculiar fancies before this moment.

“What is the name of this poor creature?” asks the lord.

The storm is ready to break. The rain drums still harder on the windowpanes. There is thunder once again, almost upon them, every peal of it fiercer and more terrible than anything that has come before.

“He has no name. His creator denies him even that.”

“The creator, then? What of he? What is this rash Prometheus called?”

Before she can complete her sentence three loud knocks are heard—quite distinctly—upon the outer door.

At the sound, they all—even the lord—feel a spasm of intense disquiet. For a moment, nobody speaks. There are only the noises of precipitation, the feral growling of the storm.

The young woman who has, until now, stayed quite silent, clings to the lord’s shoulder. As is not uncommon with her, hysteria seethes and bubbles in her voice. “Who is that, my love? Who is it who calls upon us?”

But the host’s equilibrium is recovered swiftly. He shushes his pet. “Hush, my darling. It is someone from the village. That is all. Some beggarman or wayfarer. I shall see them off.”

Pushing away the girl as though she were of no more account to him than the lowest animal, he stands briskly upright. “I shall see who calls upon us.”

The girl again, wide-eyed and tremulous: “My lord, I fear for you. You ought not to go alone.”

“You think not? Yet surely it is not me but our uninvited guest for whom you should feel fear? Still, I shall take another. If one of you wishes to accompany me.”

No volunteer presents themselves.

Then, once again and for the final time, three knocks echo through the house.

“Don’t be a goose,” says the other woman, the tale-teller, stepping adroitly to her feet and striding towards the door. “Come, my lord, let us welcome our unexpected visitor.” And she walks so firmly from the room that the man with the clubfoot has to struggle to keep pace with her.

The doctor, Polidori, calls out behind them: “Be careful, my dears. Be careful!”

Percy says nothing but only, troubled, watches the woman go.

Through the villa they stride, Mary and the lord—along corridors draped with ancient tapestries, upon stone floors which ring out accusingly at the sound of their footsteps, through many strange and singular rooms born of dark beauty and misspent wealth and ingenious perversity. Their conversation is sporadic and freighted with anxiety. As they pass from space to space, the sounds of the storm intensify.

“You seem ill at ease,” remarks the clubfooted man as they pass a large, elaborate mural, filled with pictures of cherubs and nymphs, a line of athletic centaurs, the races intertwined in the most remarkable and inventive ways.

The Exiled Earthborn by Paul Tassi
Checkmate by Walter Dean Myers
Arabella by Georgette Heyer
Business Without the Bullsh*t: 49 Secrets and Shortcuts You Need to Know by Geoffrey James
Glimmer and other Stories by Nicola McDonagh
Therefore Choose by Keith Oatley
Easton [Belt Buckle Ranch 4] (Siren Publishing Everlasting Classic ManLove) by Olivia Black
New Moon by Rebecca York
Sleeping With the Boss by Marissa Clarke
Blood of the Impaler by Sackett, Jeffrey
Our partner