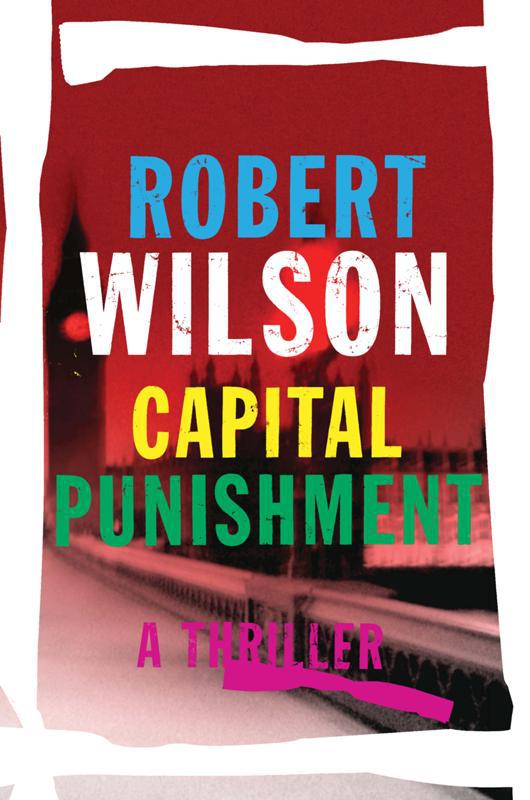 Sample Chapter from THE IGNORANCE OF BLOOD

Copyright © 2013 by Robert A. Wilson Limited

First published in Great Britain in 2013 by Orion Books

and Marian and Steve
Billy, Calum and Adelaide

But the line dividing good and evil cuts through the heart of every human being. And who is willing to destroy a piece of his own heart ?

The leaving party’s last team effort: climb out of the tapas bar basement, up through the bottle-neck of the spiral staircase, everyone off their faces. Alyshia, their twenty-five-year-old manager, caught her heel in the grid of the cast iron steps. The scrum below, sensing a blockage, surged upwards to force it out. The rubber on Alyshia’s expensive heel was ripped clean off as she was belched out of the stairwell, the room above reeling as the ragged band staggered out of the bowels. Bar stools rocked as they ricocheted through the savage crowd of baying drunkards, voices pitched louder than traders in the bear pit.

They were out in the street, Alyshia clip-clopping around in Maiden Lane like a lame pony, the freezing night air cooling the patina of sweat on her face. Was it the extra oxygen doubling her booze intake? Focus, refocus, as faces of atrocious ugliness loomed in and out of the sickeningly flexible frame of her vision.

‘Lost my heel,’ she said, her knees buckling. She hung onto him.

‘She’s
pissed
,’ said Doggy, always on hand to tell you the obvious. Jim shoved him away.

‘We’re
all
pissed,’ said Toola triumphantly, whose legs went as if felled and she dropped hard on her bottom, legs akimbo.

‘I told you,’ said Jim in Alyshia’s ear, ‘you’d end up in Accident & Emergency if you went out with this lot. Last piss-up before jobseeker’s allowance.’

It was the only decent thing to do, she thought, as the street tilted up and her head felt as huge and tight as a barrage balloon.

‘You all right, Ali?’ asked Jim, holding her shoulders, his face frowning in her pulsing vision.

Doggy got pinballed towards her.

‘Give us a hand here, amigo,’ said Toola as she staggered to her feet.

‘Give us a kiss,’ said Doggy, pulling her up, tongue out.

A cry of disgust as the group stumbled down the street, hollering like school kids.

‘Find me a cab,’ she said, neon blinking and blurring in her tearful eyes.

Bedlam in the Strand. Barking in Charing Cross.

‘It’s kicking off!’ screamed a voice in the distance.

Teenage kids were running riot, careening down the street, running up and thumping off shop windows, taking down passersby. Hoodies doled out kickings. Two girls tottered on stilettos in the gutter, fists in each other’s hair. A shout went up, the crowd split, shadows in all directions. Across the Strand, back to a pillar of scaffolding, a black boy on his arse, legs out, head bowed, hands on stomach, holding it all in.

‘That kid’s been stabbed,’ said Alyshia.

‘Got to call the police.’

She fumbled in her bag for her mobile, asked for police, ambulance, the lot, through lips gone fat and rubbery, refusing to form the words.

Sirens hurtled through the night. Jim swiped her mobile, clicked it off, chucked it in her handbag.

‘We should
do
something.’

He took her arm. Not a cab to be seen on Wellington Street. He led her up towards the Royal Opera House.

Glad you’re here, Jim, she thought to herself. Older than the others. Did I drink that much? A gin and tonic before. Wine with the paella. Doggy had flaming Sambuca. He would. What’s up with this pavement? Got a steep ridge down the middle. Am I going to be sick right outside the temple of opera? The paella yawn in the cruella dawn. My head’s coming untethered from my shoulders. Breathe deep.

Out of the corner of her eye, a floating orange light in the drunken blur.

‘Taxi!’ she yelled, flinging out an arm. It swerved in to the pavement.

She wiped her cheeks. Sucked in air. Hung onto the window ledge. Tried to look like someone who wouldn’t projectile vomit. Gave the cabbie her address: Lavender Grove. Near London Fields.

The cabbie looked jaundiced in the street lighting.

‘All right, love,’ he said, tongue flickering between grey lips, ‘in you get. Madhouse back there, innit? You coming, too?’

Jim shook his head, swung the door shut, waved her off.

The driver checked his mirror, pulled out, wheeled round in a tight U-turn. The doors’ locks shunted to, startling her. The lights dimmed, went out. She sank back into the darkness of the cab, tried to stop her head from lolling.

Don’t black out. Tell him the route and he’ll know you’re all right.

‘You’re all right, love, we know where we’re going.’

Couldn’t wet her lips. Flinched at the swish of lights overhead. Her heartbeat was in her head. Her breathing in her ears. Never been drunk like this before. Her head tilted. Throat tightened. Nodding dog on the back shelf. Come on, blink, suck in the air. She lurched to the side, clicked on the intercom and thought she said: ‘My drink’s been spiked.’ But the words, shapeless, fell to her feet.

I’m all right?
she thought, face crushed into the seat, staring at the carpet, mouth slack. If I’m all right, what do ill people feel like? Dad? What’s that, Dad?

‘Always take a cab in London after eleven o’clock, a black cab, mind, none of those furry dashboard minicabs driven by those Bangladeshi bastards.’

What do
you
know? You’re in Mumbai. I’m here in the Smoke. In the black...

Coffin dark. The only light from the demi migraine splitting her cranium. She blinked twice, confirming eyelid mobility and a total absence of illumination. She ran her hands over the seat; it was the same ribbed seat of the cab she’d taken, but it wasn’t moving. She couldn’t see the hands of her Cartier watch. No idea how much time had passed. She felt for the door. Stuff slopped to and fro in her head. It was locked. She fingered around the window for cracks. Knelt on the floor, spidered her hands over the sliding window of the driver’s compartment. Shut. Immovable. The first tremble of panic fluttered beneath her rib cage. The other door. Locked. Window shut.

She listened, eyes wide open, trying to tune into the faintest sound. Nothing. She put her hand to her mouth; the fingers trembled on her lips and her breath pattered with the hyperventilation of phobia. A sudden surge of adrenaline through her system cleared the mess from her mind. She was no longer drunk. Her thighs quivered in her kneeling position. She tried to calm what was building inside her but couldn’t. It was multiplying too fast, rapidly becoming unmanageable, bursting up from her lungs, screeching in her ears, and with a bright flash of light that illuminated nothing, she hurled herself at the window, threw herself to the other side, lashed out with her feet and fists and screamed so loud her larynx shredded.

Four cracks of light appeared around a door next to the cab. It must be in a garage joined to a house. The door opened. Light flooded into the dark interior and froze her solid. She waited, transfixed. Two silhouettes. Male. Heads shaved. One of the men split to the other side of the cab. She leaned back, sat up on the seat, clenched her fists, got her high heels ready. Knees up to her chest. Elbows braced against the back of the seat. Lips tight across her sharp white teeth. The faces floating outside were wearing white plastic smiling masks. She’d seen them before somewhere and they terrified her.

The doors’ locks shunted back. Hands came in from either side. She kicked out with one leg, then the other. Heard one of them grunt with pain. It motivated her. Until she felt her foot in the other man’s hand, a terrible grip which twisted her ankle so that she had to roll with it or have it torn off. He dragged her towards him. Her other leg trapped beneath her. He got her face down on the floor of the cab, both ankles secured, knees bent and heels jammed against her buttocks. He leaned over and grabbed her hair, pulled her head back until her throat was stretched so tight she couldn’t even squeak. She lashed out with her fists. One was caught and then the other and forced behind her back. A man’s crotch was now in her face. He pinned her wrists with one hand, reached into a pocket, put a handkerchief to her nose and mouth and her world narrowed and collapsed.

Two men, both tall, well-built, mid-thirties, eerily lit in the cab of a white transit van, crawled the streets of East London. The taller, slimmer one, who called himself Skin, was baby-faced, blue-eyed, with a shaved head. He was getting testy, kept straightening his white cap, which had panels of the Cross of St George on its sides and the West Ham United crest on its front. He was staring down at the map in the A-Z guide, which was flashing orange and black as they passed under the streetlights. The spider in the middle of the web tattooed on the side of his neck and up his right cheek seemed to be crawling into his ear. Dan, the driver, was a different breed: short hair, side-parting, blandly good-looking and neither pierced nor painted. It was only their second time working together.

‘New Barn Street?’ said Skin, perplexed. ‘Where the fuck is that?’

‘I can only tell you what it says on the street sign,’ said Dan equably.

‘Nobody likes a smart arse; remember that, Dan.’

‘Just tell me where the fuck to go. We’re coming up to the end of it now. Straight on? Left? Right?’

‘Fuck should I know?’

‘You’re the one with the map.’

Fighting Fate by Hope, Amity
Hart by Kelly Martin
Surrogate For The Billionaire: A BWWM Pregnancy Romance by BWWM Club, Tyra Small
Nigh - Book 1 by Marie Bilodeau
Common as Muck!: The Autobiography of Roy 'Chubby' Brown by Roy Chubby Brown
With Tongue and Teeth by James Cox
People of the Tower (Ark Chronicles 4) by Vaughn Heppner
Darkin: The Prophecy of the Key (The Darkin Saga Book 2) by Turkot, Joseph
Submarine Warriors: The Enemy Beneath by Rob Tiffany
Lord Tyger by Philip Jose Farmer
Our partner