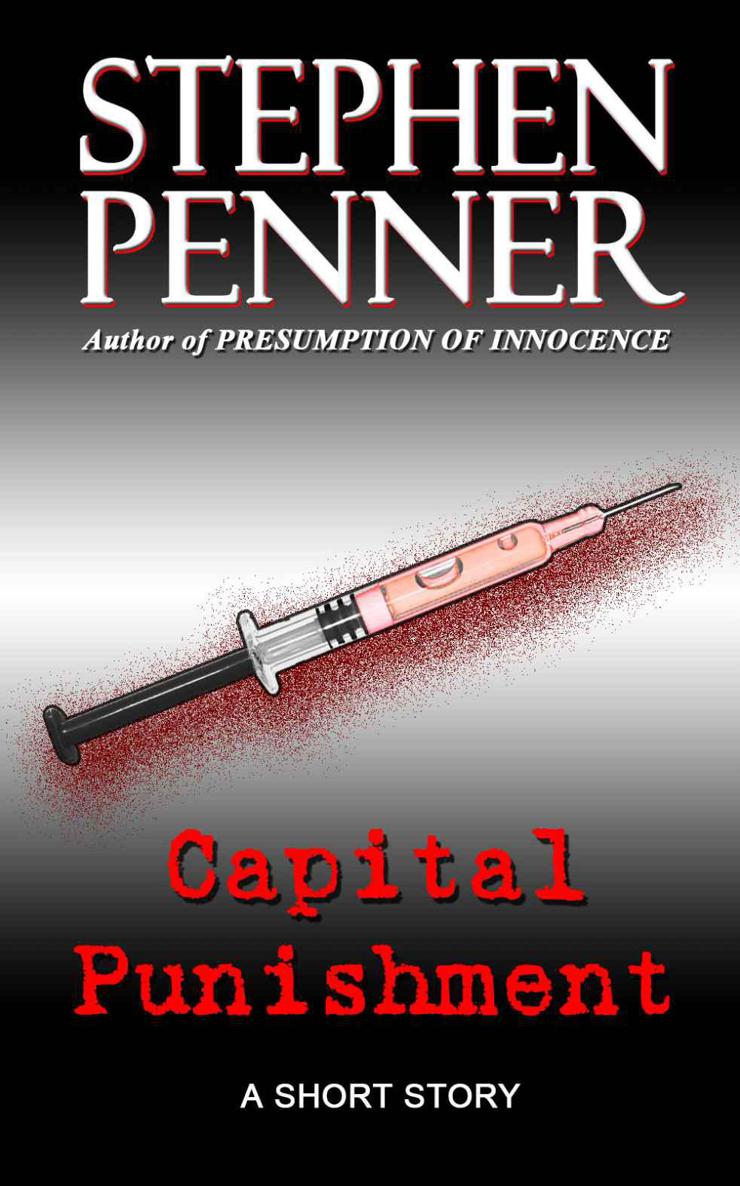 This is a work of fiction. Any similarity with real persons or events is purely coincidental. Persons, events, and locations are either the product of the author's imagination, or used fictitiously.

Beyond a Reasonable Doubt

He dragged the plastic chair across the floor and sat down next to me. I didn't look at him.

"Do you want to tell me what happened?" he asked.

I didn't. But I didn't see why it mattered anymore. "I got angry."

"We all get angry, Michael."

He didn't say anything for a moment, but I knew what he was going to say next.

I woke up late that morning, slept through my alarm. I'd stayed up too late reading the night before, but I couldn't bring myself to put the book down and go to sleep. It was like I didn't want the next day to come. I must have known somehow.

I pushed myself out of bed and went straight for the shower. When I got out I was a bit more awake, and I figured, if I hurried, I'd only be about fifteen minutes late. I'd been with the firm long enough that Old Man Johnson wouldn't have cared. The problem was, Old Man Johnson was dead and New Man Johnson was running things.

I pulled on my clothes, brushed my hair and went to grab my wallet, keys, and phone. There was a new message on my phone. It had to be Janie. She was the only one who called me that early. And when she did, there was only one reason.

"Hey, Mike. It's Janie. Look, um, about next weekend. I know it's your weekend with the kids, but Derek found this great deal to Six Flags, and he went ahead and told them about it, and they're really excited. So maybe we can swap weekends or something. You'll get to see them this month, I promise, it's just, well, you know. Oh, and um, even though Derek found the deal, it's still pretty expensive, and he still hasn't found another job, so I was wondering if maybe you could, you know, help out a little bit. Just a couple hundred. We can take it out of next month's child support or something. Okay, um, great. Give me a call. Thanks, Mike, you're the best."

I closed my eyes and counted to ten. Then I slid the phone into my pocket, grabbed my keys and walked to the front door, where I'd left the envelope with very expensive, right-behind-the-dugout tickets for next Saturday's game against the Yankees. I stuffed them into my briefcase and headed outside. My old Ford sedan only took two tries to start, and I headed to work.

Traffic was terrible. It always was when I left that late. Ten minutes late out the door meant thirty minutes late to work. And everybody else was late too, so it was all tail-gaiting and no-signal lane changes. Some jerk in a BMW swerved in front of me just before my exit and I had to slam on my brakes to avoid hitting him. That was great, except that the jerk in the BMW behind me smashed right into me.

"You fucking asshole! What the hell is wrong with you?!"

That might have been appropriate for
me
to yell, since I was the one who got rear-ended, but instead it was the short, mustached rear-ender who jumped out of his car and ran up to me before I could even get my door all the way open.

"Back up." I tried to stay calm as I forced myself out of my car. I wasn't the tallest guy ever, but I was bigger than that jerk and I hoped my several-inch height advantage would convince him to back down. It didn't.

"You did that on purpose!" he yelled. "You slammed on your brakes on purpose."

"Yes, I did," losing my patience quickly. "Because somebody slammed their brakes in front of me."

My size wasn't working, and I really didn't want to get into a fist fight with this guy—although the idea was becoming more tempting—so when I saw that the impact had popped open my trunk, I thought I'd try one more effort at wordless intimidation.

"No sir," I said as I stepped to the rear of my car and pulled the trunk all the way open. "The law is that you have to keep a safe following distance, enough to stop no matter what happens with the car in front of you."

"That's not true!" he practically wailed. "How do you know that's the law?"

"Because I'm a lawyer," I answered forcefully. Then I reached into my trunk and took out the holstered handgun I bought when I'd switched from criminal defense to family law a few years earlier. I pulled the holster over my shoulders and fastened it. "Now, let's exchange insurance information and wait for the cops to get here."

Jerk looked at me, clearly intimidated by the gun, but there was something more in his eyes.

Then he ran to his crumpled car and drove off, nearly crashing into yet another car as he swerved into traffic.

I closed my eyes and pushed the anger down into my stomach. Then I reached into my car, pulled on my suit coat and waited for the cops to arrive.

I was over an hour late for work, but I had a police case number for an excuse. I stormed into my office hoping that looking frustrated and frazzled might discourage the chorus of 'where-ya-been?'s I was expecting. It worked.

Danielle walked in right behind me.

"You're late," she said. It was somewhere between a growl and a purr.

She was the same middle-age as me, but you wouldn't know it looking at her. Long legs, long hair, with a perfect ass and tits in between. She was my legal secretary. Well, mine and three other attorneys. But that's all she was. Just my secretary. Really. Janie never believed it. I still think that's part of why she went looking for a Derek.

"I know," I answered. "Some asshole rear ended me."

"Tell it to Mr. Johnson," Danielle said. "You missed your nine-o'clock with him."

Damn it. I'd forgotten all about that.

I stepped around Danielle. She didn't move quite enough and my crotch got way too close to that perfect ass. I pushed those feelings down into my stomach too. I was pretty sure Danielle giggled at me under her breath.

I was going to bolt through the door and hang the quick right to Johnson's office. Mine was the last office before the Big Guy's. That was because Old Man Johnson thought I was the best lawyer at the firm. New Man Johnson not so much. Missing our meeting wasn't going to help.

But I was going to be even later. Jason Fletcher was standing in my doorway.

"Good morning, Mr. Mitchell," he said. "We all noticed you were late this morning. Is everything all right?"

Fletcher was a complete dick. He only called me 'Mr. Mitchell' to remind me that I was older—a lot older—than him. Like ready to get shoved aside older. And the only reason he was at my office was because he had his eye on it—and Danielle—since he'd shown up.

Oh, and he was New Man Johnson's college roommate.

"Fine, Jason," I grumbled. "Somebody rear-ended me on the way to work."

I expected him to get out of way. He didn't.

"I need to see Mr. Johnson now," I encouraged him to step aside.

He paused for a second—just enough to piss me off—then stepped out of the way. "Say Hi to Brian for me."

Subtle. First name basis with the boss. Got it.

'Brian' was sitting behind his daddy's desk, feet up, looking through some papers.

"You missed our meeting," he said when I walked in. He dropped his feet and motioned at the single chair opposite his desk. "Time is money."

I sat down. "Sorry about that. Some jerk rear-ended me on the freeway. He didn't have insurance and took off, so I had to wait for the cops so I could fill out a hit-and-run report."

I didn't mention the oversleeping thing.

He nodded for a few seconds, assessing my credibility. "Okay. Just get me a copy of that report."

Great. He wanted to see what time the accident happened. "Will do, sir."

Time to change the subject. "So what did you want to see me about?"

The sour expression he'd worn while assessing my story melted into a beaming smile.

"Money, Mike. I want to talk to you about money."

I tried to keep smiling. If there was one difference between Old Man Johnson and New Man Johnson it was money. Or rather, the way they pursued it. Old Man Johnson figured if he built a high quality firm with top notch attorneys, then the money would follow.

New Man Johnson wanted the money now. And as much as possible. It was a business to him, not a profession.

"You have the most clients here," he went on.

I knew that. Everyone knew that. I pretended not to, though. "Oh, really. Well, that's nice."

Hunter of the Dead by Stephen Kozeniewski
Sand and Fire (9780698137844) by Young, Tom
Singing to the Plants: A Guide to Mestizo Shamanism in the Upper Amazon by Stephan V. Beyer
Dust and Light by Carol Berg
The Flames of Dragons by Josh VanBrakle
Winter Longing by Tricia Mills
The Wilson Deception by David O. Stewart
Guardian of Darkness by Le Veque, Kathryn
6 The Wedding by Melanie Jackson
False Angel by Edith Layton
Our partner