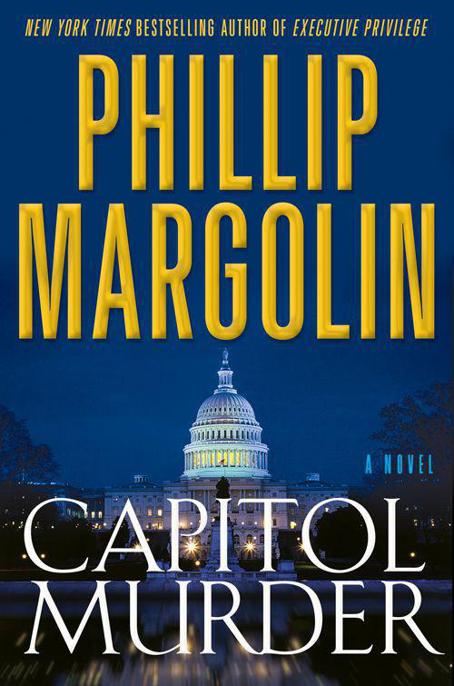 A Novel of Suspense

For Jean Naggar, Jennifer Weltz, and everyone at the Jean V. Naggar Literary Agency.

It’s nice to have great agents who are also great friends.

“May You Live in Interesting Times”

N
adeem Gandapur was a slight, wiry man in his early forties who had lived his whole life in the sprawling, dusty, densely populated warren of cinder-block huts, bazaars, and winding alleyways that made up one of Karachi’s largest slums. He worked construction and was blessed to have a steady income that enabled his family to live better than many of his neighbors. Nadeem believed that his good fortune was due to his devout nature, and he went frequently to the mosque that was the centerpiece of the slum.

On the evening Nadeem met the American, he did not leave the mosque until night had fallen because he and Imam Ibrahim had been debating whether Ramadan should begin when two or more Muslim men see the crescent moon or whether the start should be based on astronomical prediction. On the way home, he was still thinking about the imam’s points and did not notice the two men who were following him until they shoved him into a narrow, dimly lit alley.

Nadeem stumbled backward into a mound of garbage. The humid air was heavy in the alley, and the stench of the rotting refuse made him gag. His assailants were dressed in white short-sleeve shirts whose bottoms hung loosely outside their tan slacks. One of them grinned at Nadeem while the other showed no emotion. Both men drew large knives from sheaths hidden under their shirts. A knot formed in Nadeem’s stomach.

“Give me your money or I’ll gut you,” said the man with the sense of humor.

Nadeem could see more rubbish piled against the alley wall behind the robbers. A section of the pile appeared to move and Nadeem wondered if his fear had driven him mad.

“Quickly,” commanded the man who did not smile.

Nadeem took out his wallet, praying silently that money was all the men would take from him. As he extended his hand toward the robbers, the rubbish pile rose six feet in the air and flowed toward him. Nadeem’s eyes widened and he froze, the wallet halfway to his assailant. The smiling robber took a menacing half step closer to Nadeem and began to mouth another threat when a sturdy table leg appeared out of the rubbish pile and slashed across his elbow. The robber screamed and his knife dropped to the alley floor.

The second thief turned and slashed. Nadeem heard a grunt. The pile took a step back and the robber attacked. The table leg parried the thrust, then connected with the robber’s face. The thief’s hands leaped to his nose and the second knife fell to the ground. Blood sprayed through the robber’s fingers. The table leg connected with his shin. He dropped to the ground and a blow to the head finished him off.

The first robber was doubled over, clutching his shattered elbow. The table leg smashed into the base of his skull, and he crumpled to the alley floor.

Nadeem’s eyes adjusted to the dark, and he made out a man dressed in rags with tangled, unwashed blond shoulder-length hair, blue eyes, and a shaggy beard matted with food and refuse. It was the American. Nadeem had seen him begging outside the luxury hotels and steel-and-glass office buildings that stood only blocks away from Nadeem’s squalid slum. Nadeem knew the American lived in the worst part of the slum in a lean-to that stood close by an open privy. Most of his neighbors avoided him because they thought he was insane and violent. Nadeem had heard a rumor that he had badly beaten some men who had tried to extort money from him.

“Let’s go,” the American said in perfect Urdu. Another surprise, since the American was so silent that many thought him mute. A filthy hand gripped Nadeem’s elbow and propelled him out of the alley.

“Thank you,” Nadeem said when they were back on the street. Then he saw the blood seeping through his rescuer’s rags.

The American looked down, then said, “Shit!” in English. He pressed his hand against the wound and stumbled. Nadeem made a quick decision.

“Come with me,” he ordered.

“I’ll be okay,” the American said. Then he gasped and his knees buckled.

“You will not be okay if you don’t get medical attention.”

Nadeem snaked his arm around the man’s back and looped one of the man’s arms across his shoulder. Together they shuffled away from the alley toward the mosque.

W
hen Imran Afridi’s houseman escorted Rafik Nasrallah onto the patio in the rear of his mansion, Afridi was sipping mint tea and watching the waves break on Clifton Beach. Karachi was stifling this time of year, but the breeze from the Arabian Sea cooled the air in the wealthy suburb where Afridi had built his estate. The Pakistani businessman was wearing a long-sleeve silk shirt that clung to his broad shoulders. When he stood to greet Nasrallah, the loose sleeves moved with the breeze.

Afridi was five feet seven with the barrel chest and thick legs of a wrestler. His straight black hair was receding from his prominent forehead, but he had compensated for his loss by growing a thick mustache below his hawklike nose, making him look vaguely like a desert sheikh in an old Hollywood movie.

Nasrallah was two inches taller and as solidly built as his childhood friend, but his full head of thick black hair and his smooth skin made him look much younger than forty. Nasrallah and Afridi were sons of wealth and had been educated at Cambridge before returning to Pakistan to work in their families’ varied enterprises. They had also embraced radical Islam together.

Afridi could tell from the strength of his friend’s embrace that Rafik was excited.

“We may have struck gold, Imran,” Rafik said as the two men sat on either side of a circular, glass-topped table. Rafik gave Afridi a photograph.

Rafik stopped talking while his friend studied the picture. The smile disappeared from Afridi’s lips and his countenance reflected intense concentration.

“He calls himself Stephen Reynolds, but I don’t think that’s his real name. He’s twenty-three and from Ohio, where he was studying engineering,” Rafik said. “Also, he has a background in chemistry.”

“Go on,” Afridi said when Rafik paused to make certain his friend understood the full import of what he had just said.

“A few months ago, Reynolds looked nothing like he does in this photograph. He was begging for a living, and his home was a hovel in the slum where one of Imam Ibrahim’s students lives. This student was attacked by two robbers. Reynolds saved him but he was stabbed. The student took him to the mosque and the imam summoned a doctor.

“The wound was serious, and Reynolds was suffering from malnutrition. He also had a drug habit. The imam nursed him back to health. While he was at the mosque, he and the imam became close, and Reynolds told him why he was living in a Karachi slum.

“Reynolds went to a private high school that offered Arabic, and he became fascinated with Islam. He surfed Web sites and entered chat rooms. In college he continued to study Middle Eastern languages and came in contact with Muslims sympathetic to our cause. America’s invasion of Iraq radicalized him.

“While he was in college, there was an incident with a woman. He was expelled and criminal charges were brought. The family paid a large sum of money to avoid a scandal, and the charges were dropped, but his father is ex-military, and he refused to pay off the woman unless his son enlisted in the army, which he did because his only other choice was prison. Though he deeply resented having to make this choice, he was smart enough to keep his sympathies hidden.

“Reynolds was a superior athlete. That and his proficiency in Afghan dialects led to his ending up in Special Forces.”

Nasrallah paused dramatically. “Here is the important part,” he said, stretching out the moment. “Reynolds does not exist.”

“His team was ambushed in Afghanistan while they were on a mission,” Rafik said. “Reynolds was the only survivor, but he did not report back to his base and was listed as missing in action. He made his way over the mountains into Pakistan and eventually to Karachi.”

Rafik leaned across the table. “He is very bitter, Imran. He rails against the United States. He feels he is a victim and he talks of revenge.”

Afridi studied the picture again. The man in it was blond-haired and blue-eyed. He had the looks and build of a stereotypical fraternity jock; the antithesis of the features Homeland Security profilers looked for. There was no place he could not go unsuspected. He was a terrorist’s dream and the CIA’s worst nightmare.

“Are you thinking about America?” Afridi asked.

“He would be perfect,” Rafik answered excitedly.

“It would be asking a lot. He grew up an American. He might talk jihad but he might not have the heart to go through with it when the time came.”

“New converts are often the most fanatic believers,” Rafik countered.